Graphic Design Festival Scotland founders Warriors Studio collaborated with fellow Glasgow-based studio Cause & Effect on this year’s festival identity, which looks to celebrate “how much [it’s] grown” in the five years since the first edition. The look and feel merges a sleek sci-fi-esque aesthetic with a touch of trash and nostalgia. “We’ve applied our design skills to that often-neglected graphic goldmine: the children’s birthday party,” Warriors Studio explains.

“After a few years of more conceptual, theoretical identity design, we wanted to create something that was fun, bold but most importantly, a bit cheeky. Combining 3D renders, a truly bizarre mix of typefaces, and a plethora of hidden surprises on the website, we sought to evoke childhood memories of birthdays, albeit twisted off-kilter.” 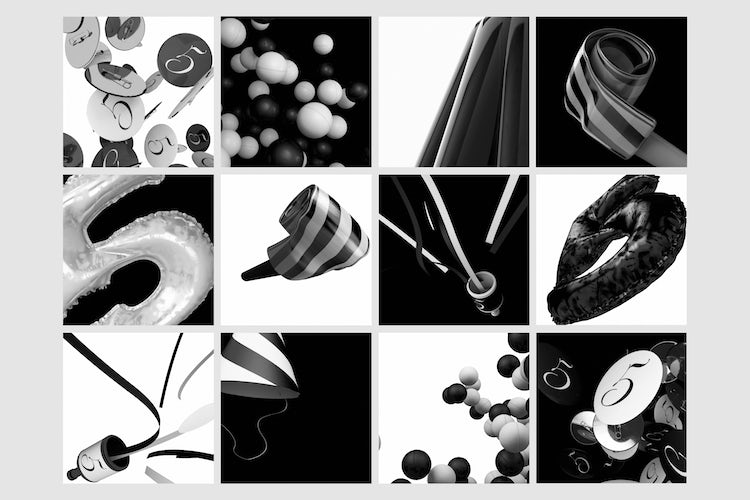 One of said typefaces is that perennial 90s desktop publishing favourite, Balloon. Which, it turns out, was invented in 1939.

The 2018 festival takes place in various venues across the city. The core programme includes 28 design events running from 19-25 October. There are also two exhibitions taking place from 19 October – 25 November.

See graphicdesignfestivalscotland.com for details and to book tickets for talks and workshops