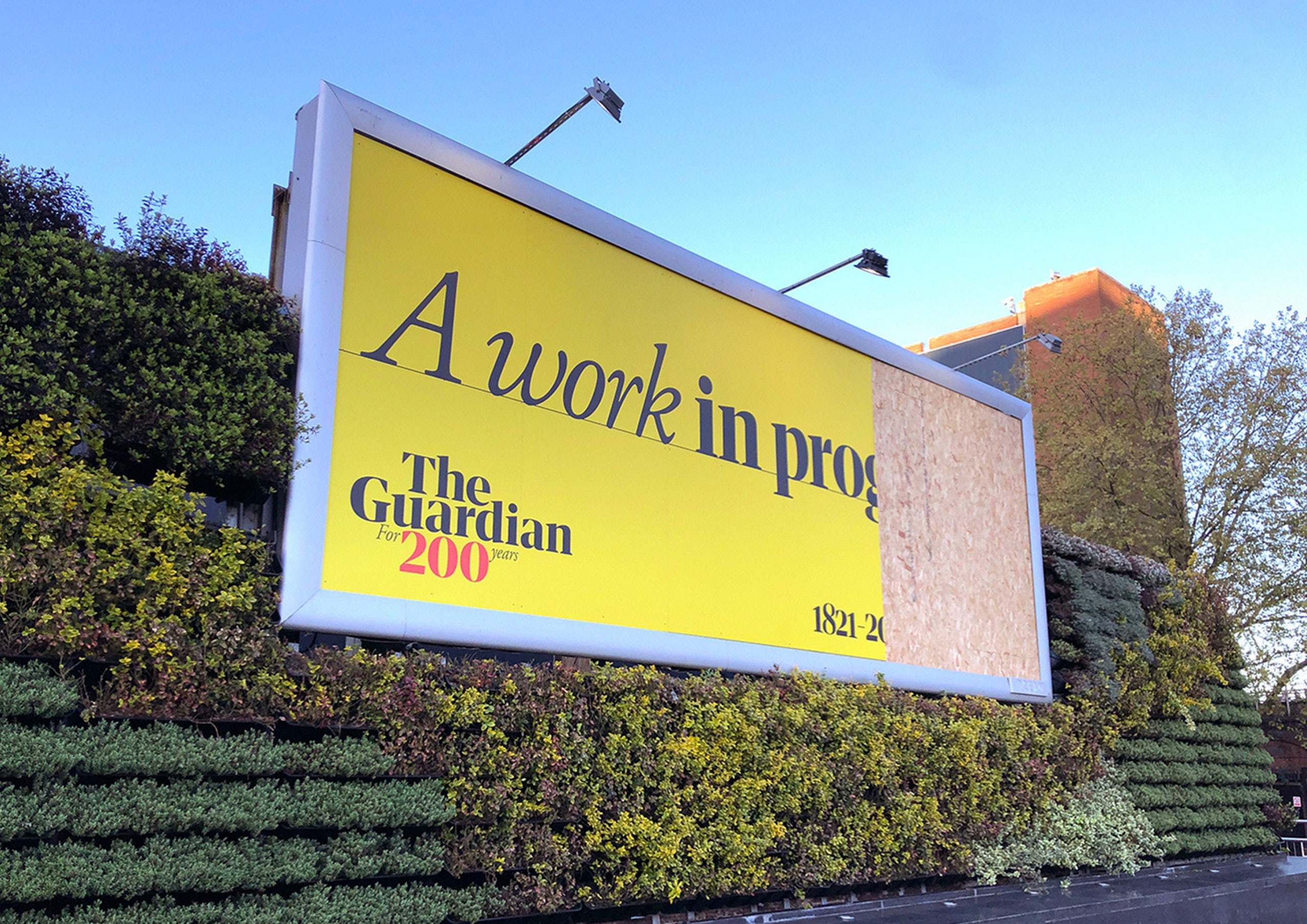 In 2021, the Guardian newspaper turned 200, and the team at Oliver was briefed to celebrate the newspaper’s bicentenary in a campaign that spoke to existing readers while gaining new subscribers and supporters.

To do this, rather than choosing to celebrate past achievements, the Guardian decided to focus on what comes next. From this, the tagline ‘200 years, a work in progress’ was born. The campaign featured bold copy and art direction drawing on the brand’s typography, and appeared in OOH – with special builds in meaningful and poignant locations – as well as press, display, social, film and limited-edition editorial collaborations.