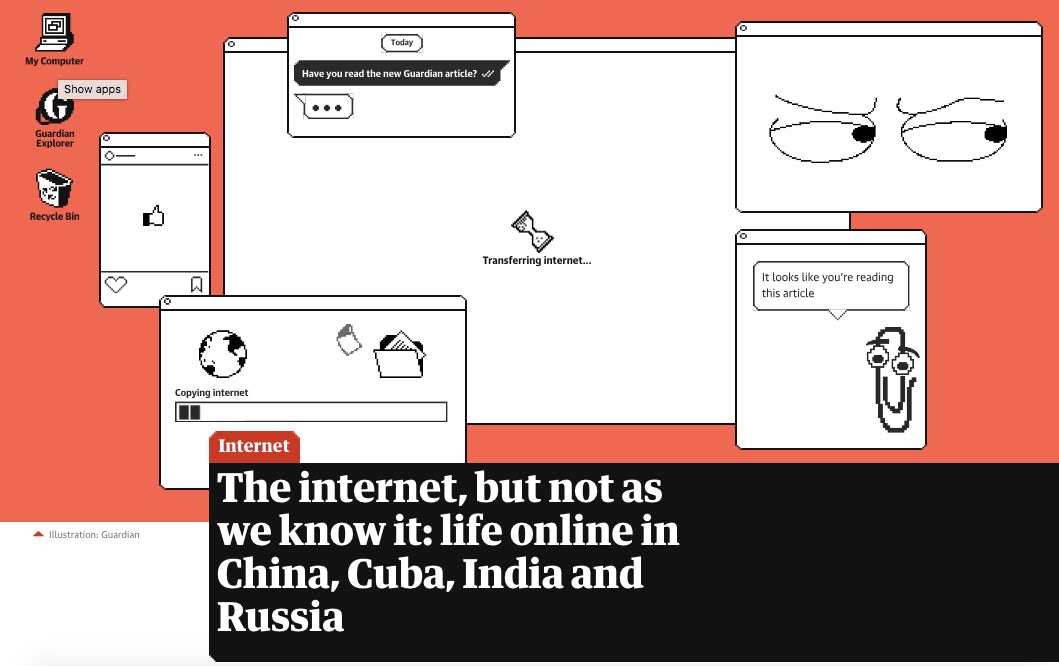 A new Guardian article uncovers the vast differences in internet usage across nations – from India’s love of WhatsApp (used by 200 million people in the country) to the censorship experienced in China – and uses some pretty snappy digital design to do it.

It’s structured to resemble familiar digital platforms, with the story of India’s love of instant messaging, and its dark side, housed in something very reminiscent of WhatsApp – right down to the three-dot typing animation and the two blue ticks. Each scroll reveals a new part of the story, including an interview framed as a WhatsApp conversation. 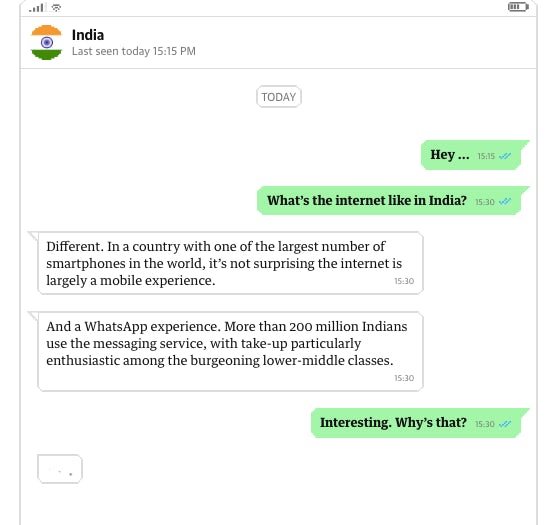 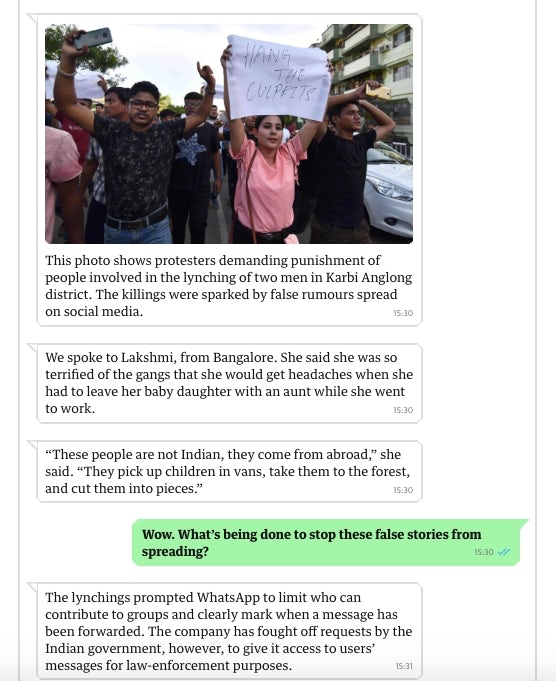 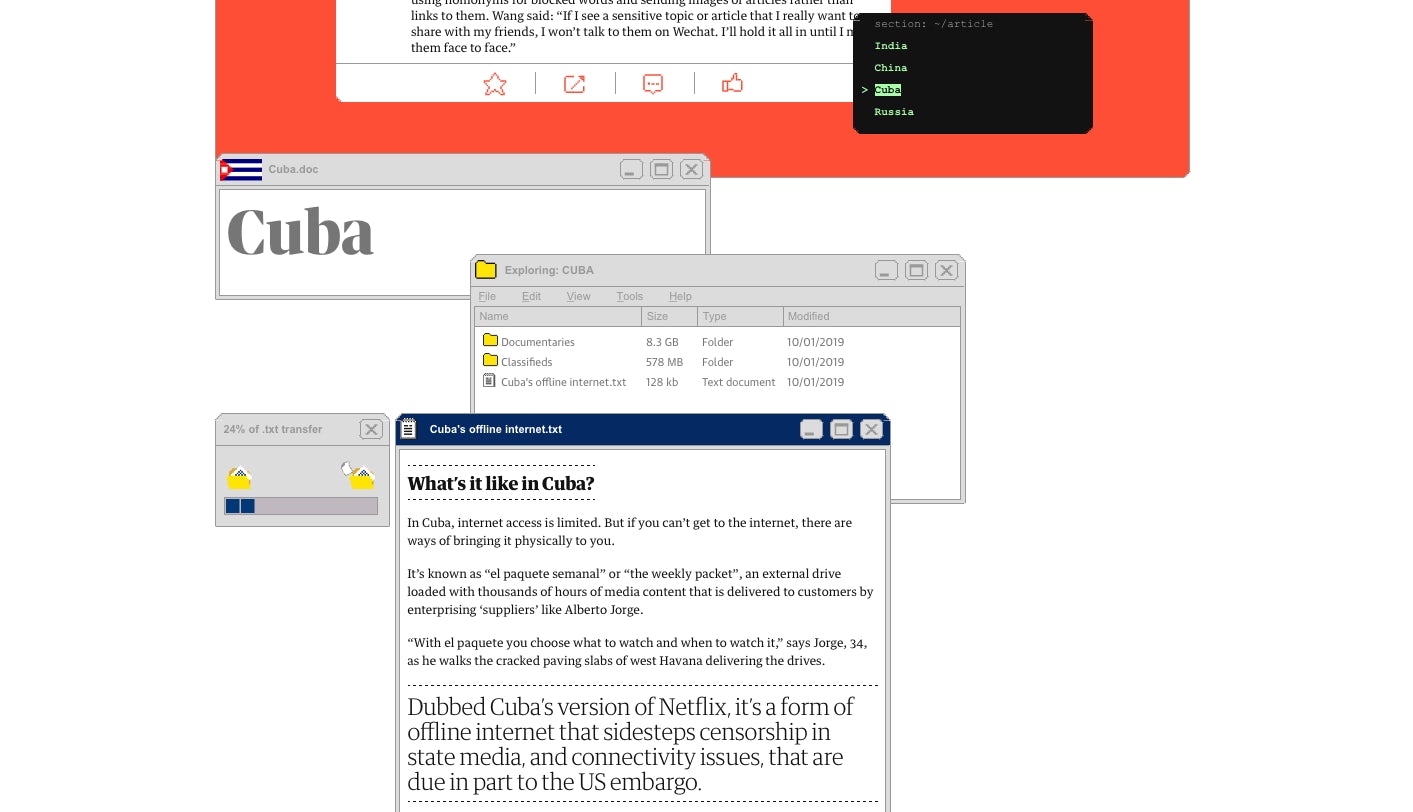 The section on China is designed as a Google search, with animated strikethroughs highlighting the online services that are banned in the country. For Cuba, the ‘el paquete semanal’ – an external drive filled with content that’s delivered in person – is recreated, giving a taste of the painstaking experience of copying files out of folders before returning the drive the next day.

The feature was created by the Guardian Visuals team, which explores image and graphics-led ways of sharing journalism.

“We wanted to keep people scrolling, and appeal to as large an audience as possible,” says designer and developer Frank Hulley-Jones, who worked on the project alongside four writers, two editors, an animator, and another designer. 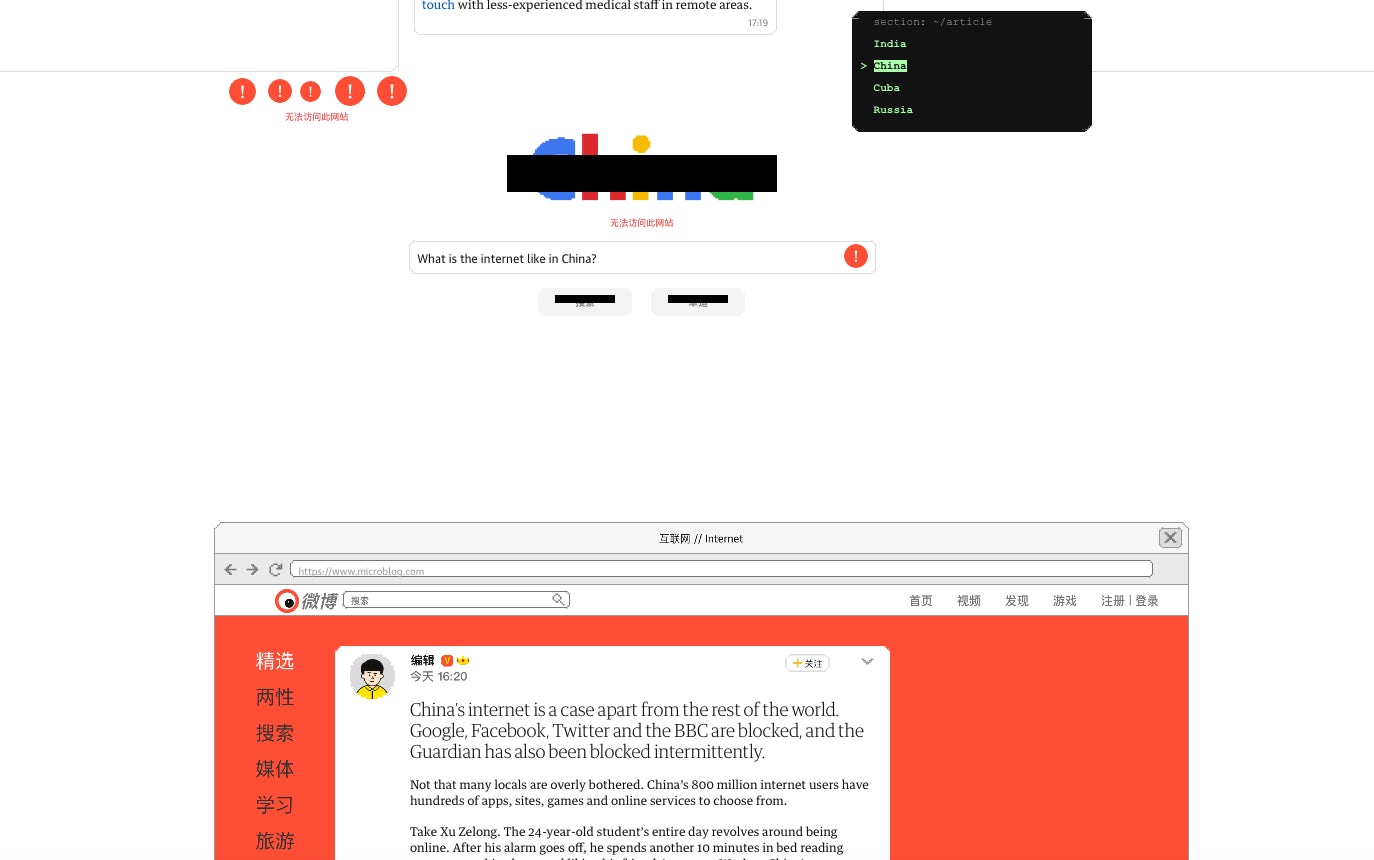 “We found that the animations brought it to life really well, and with the header we wanted to be more extreme, referencing things like Weibo which has over-the-top animations and illustrations. We were also throwing in some retro references with Clippy and the file transfer. We’re hoping it shows what’s possible with animation and the web.”

The piece is an interesting take on parallax scrolling, and enjoyably meta in the way it recreates the idiosyncracies of time spent online. It’s also proving a successful way of keeping people’s attention, with Hulley-Jones telling CR the page is sitting at a healthy average of two-minutes of dwell time.