For its first campaign in seven years, the Guardian is aiming to rally its readers and instill in them a sense of optimism, even if it feels like ‘nothing changes’. The campaign, titled Hope is Power, aims to build on the themes put forward by Katharine Viner, the Guardian’s EIC, whose essay on journalism and the media doubles as its own manifesto. It comes at a time of uncertainty – in politics, society and beyond – and aims to inspire its readers to pursue action and challenge the status quo.

The ad campaign centres around a butterfly, a symbol of both freedom and transformation. Bold, bright and stark, the posters place the focus on words and language, in an attempt to reinforce the sense of clarity and transparency that the Guardian aims to provide. Meanwhile, phrases like ‘Confused? Overwhelmed? Misled? That’s how they want you’, demonstrate an inevitably political slant, referencing other media outlets as well as politicians. 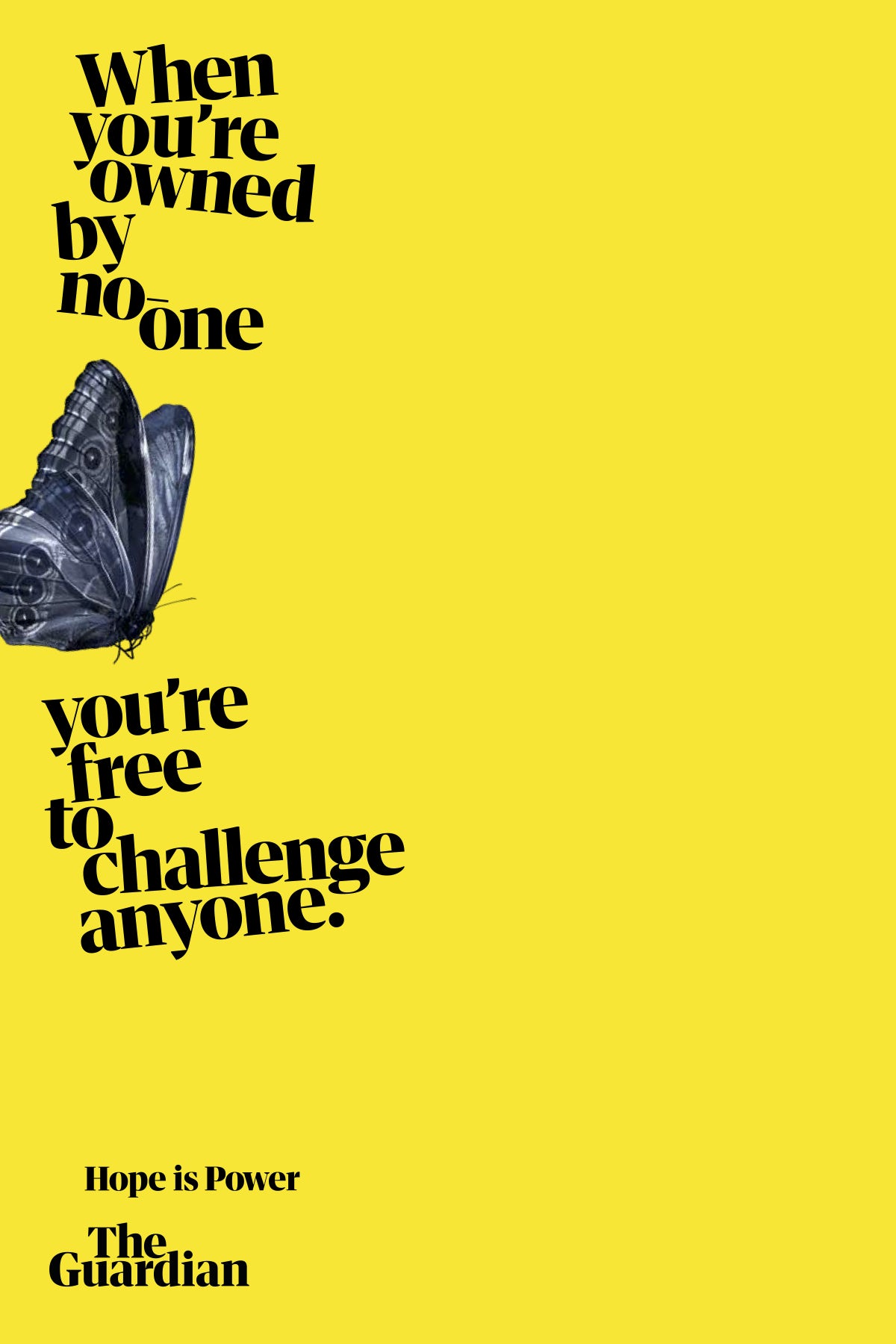 The butterfly allegory is brought to life in the accompanying campaign film by James Marsh, the Oscar-winning director behind The Theory of Everything. Here, the butterfly tirelessly bangs against a glass window in an attempt to escape to the outside world. As the lyrics of Anais Mitchell’s Nothing Changes solemnly sound out, the butterfly eventually bursts through the glass, where it joins a legion of others in freedom.

“The Guardian has an almost 200-year history of producing journalism which inspires hope. This new campaign aims to turn that feeling into action,” said Anna Bateson, Chief Customer Officer of Guardian News & Media. “Against the backdrop of a volatile political landscape around the world and with a frugal budget, we have chosen to take a bold creative approach which we hope will inspire readers to support Guardian journalism in a number of ways.”

Hope is Power comes as a joint effort from the Guardian’s in-house teams, with Uncommon London heading up the creative development. The campaign will be shown globally, with a particular focus on European, American and Australian markets, and lends itself well to an international audience thanks to its symbolic message that isn’t bound to a particular country or region.

With clear intentions to resonate globally, it signals ambitions to occupy a firm space on the world stage, much like the New York Times, whose hard-hitting ad campaigns have garnered international attention in recent years. 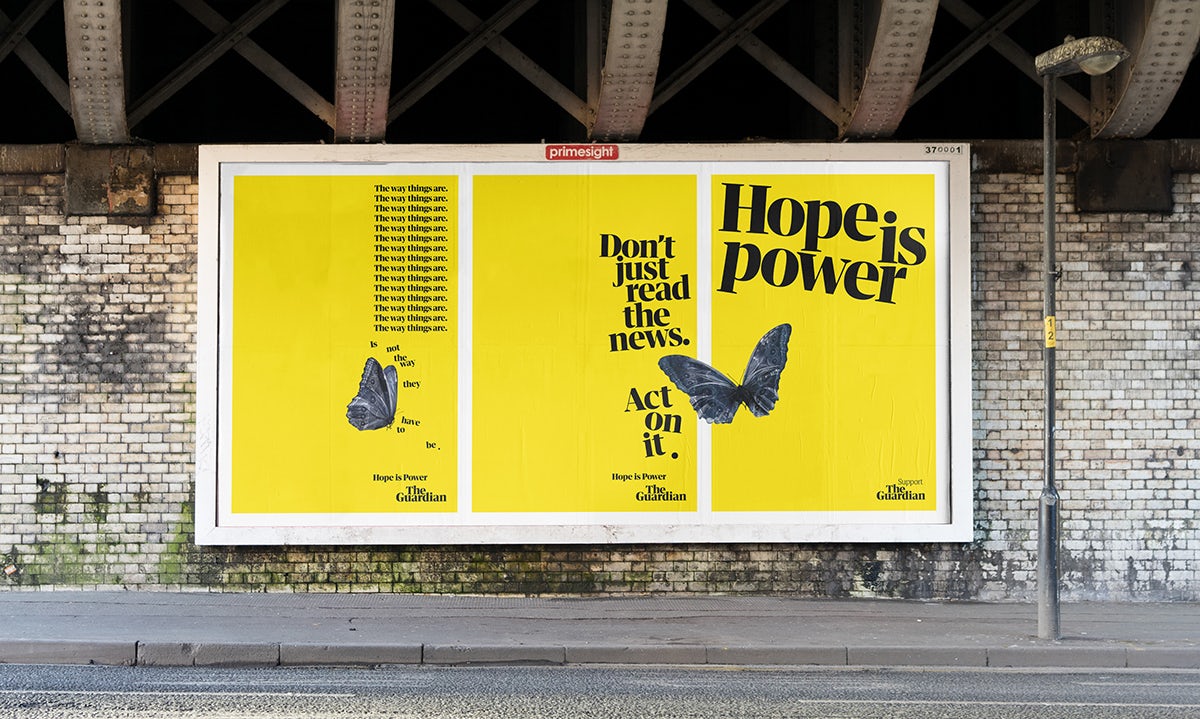 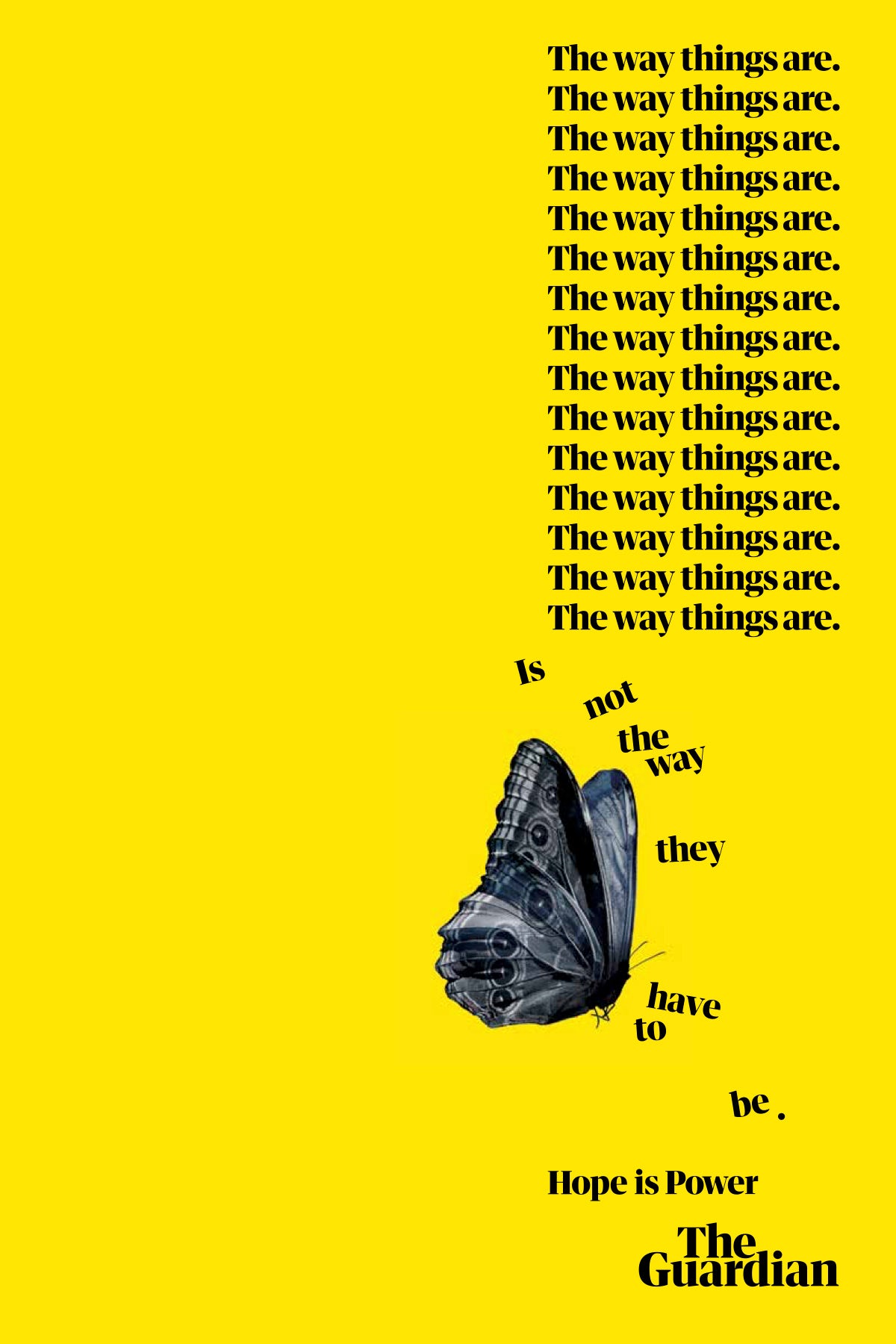 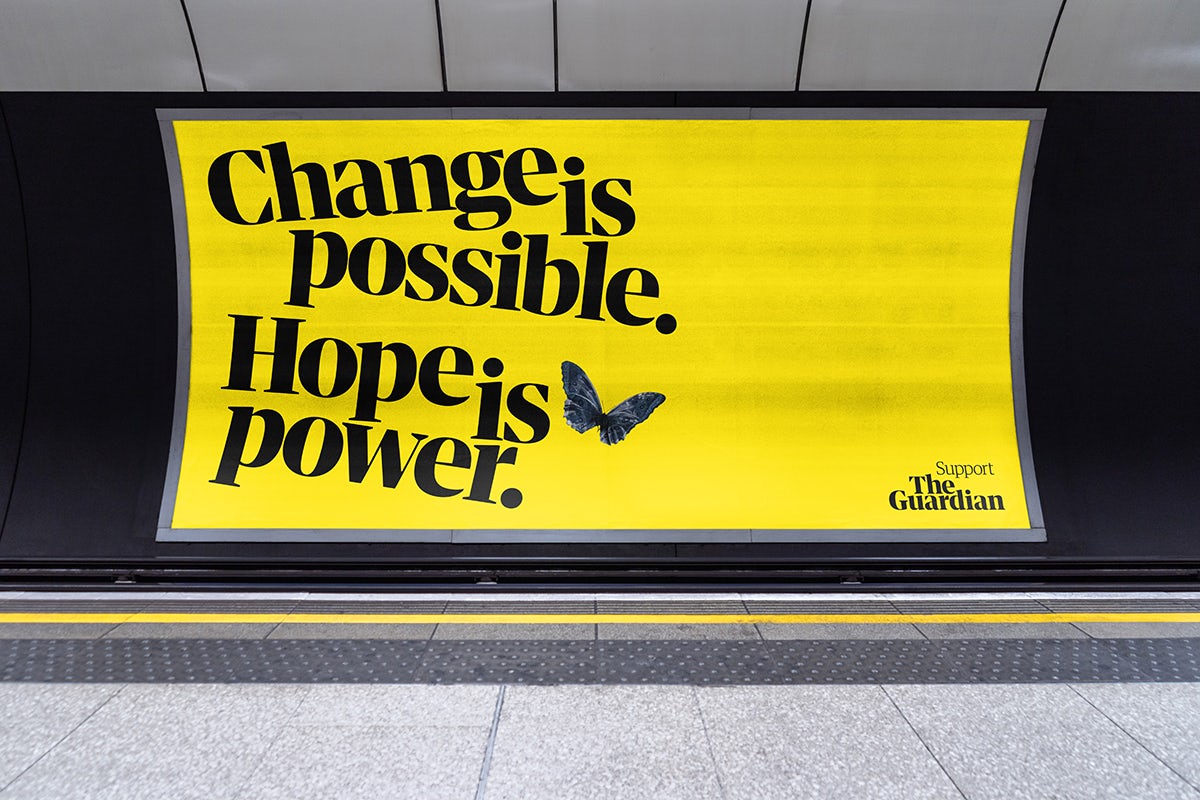