The repressive, patriarchal regime of Gilead is set to be back on our screens for the foreseeable future, with the hotly-anticipated return of Channel 4’s The Handmaid’s Tale.

To mark the second series of the show – which is based on Margaret Atwood’s 1985 novel of the same name – 4Creative has released a new campaign that nods to the misogynistic nature of the regime and the way it places harsh restrictions on women’s freedoms.

A series of digital posters in cities across the UK are carrying messages such as “Women have no place doing business”, while commuters at Waterloo Station in London are being greeted with a sign that reads “The city is no place for a woman. A woman’s place is at home”.

At first glance, the propaganda-style messages are seemingly unbranded. However, they are then followed by another image that depicts the show’s main character Offred holding a burning Handmaids headdress, accompanied by the defiant statement “Don’t let the bastards grind you down”.

Alongside the digital posters, 4Creative has also designed a cover wrap for daily newspaper Metro declaring “Women are not allowed to read this newspaper”.

Head of 4Creative Alice Tonge, says: “In a world where women are quite rightly demanding equal pay, speaking out against harassment and where gender equality is such a hot topic, we wanted to sneak up on people unexpectedly and create temporary outrage with a controversial campaign to launch the second season of The Handmaid’s Tale.” 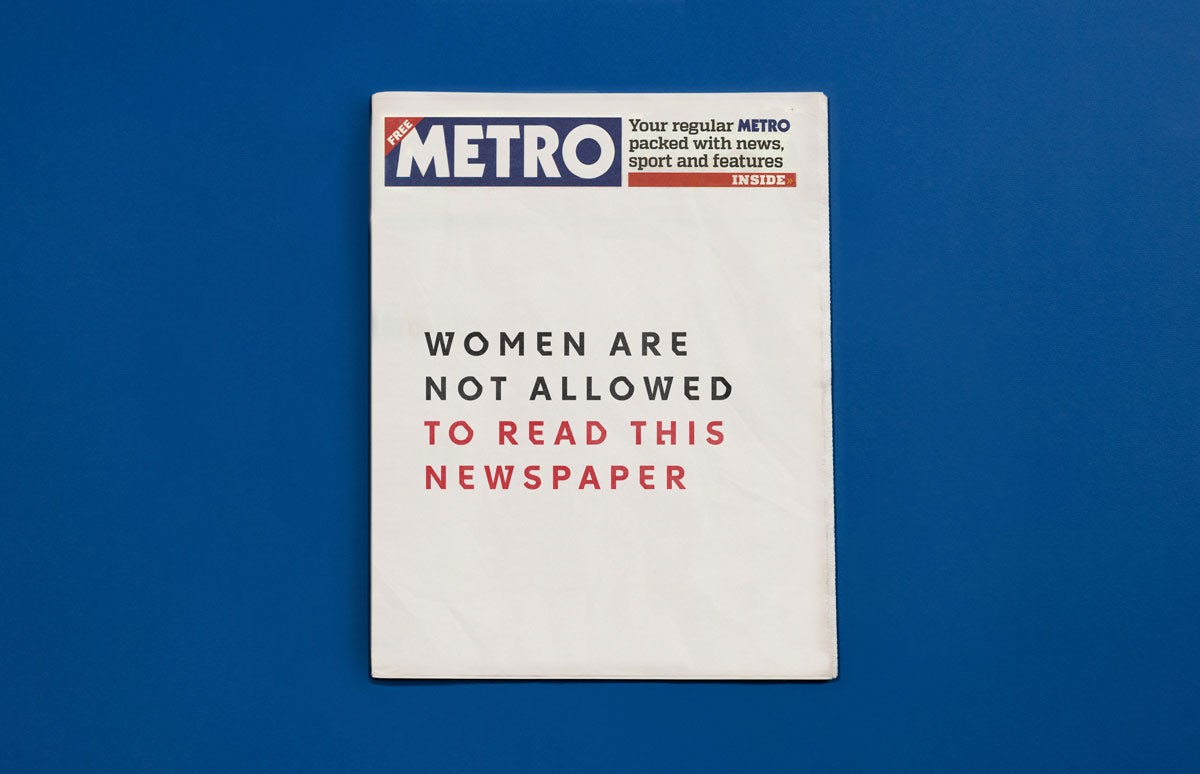 The Handmaid’s Tale starts on Channel 4 on Sunday 20 May at 9pm. You can read our interview with the show’s production designer Julie Berghoff here.