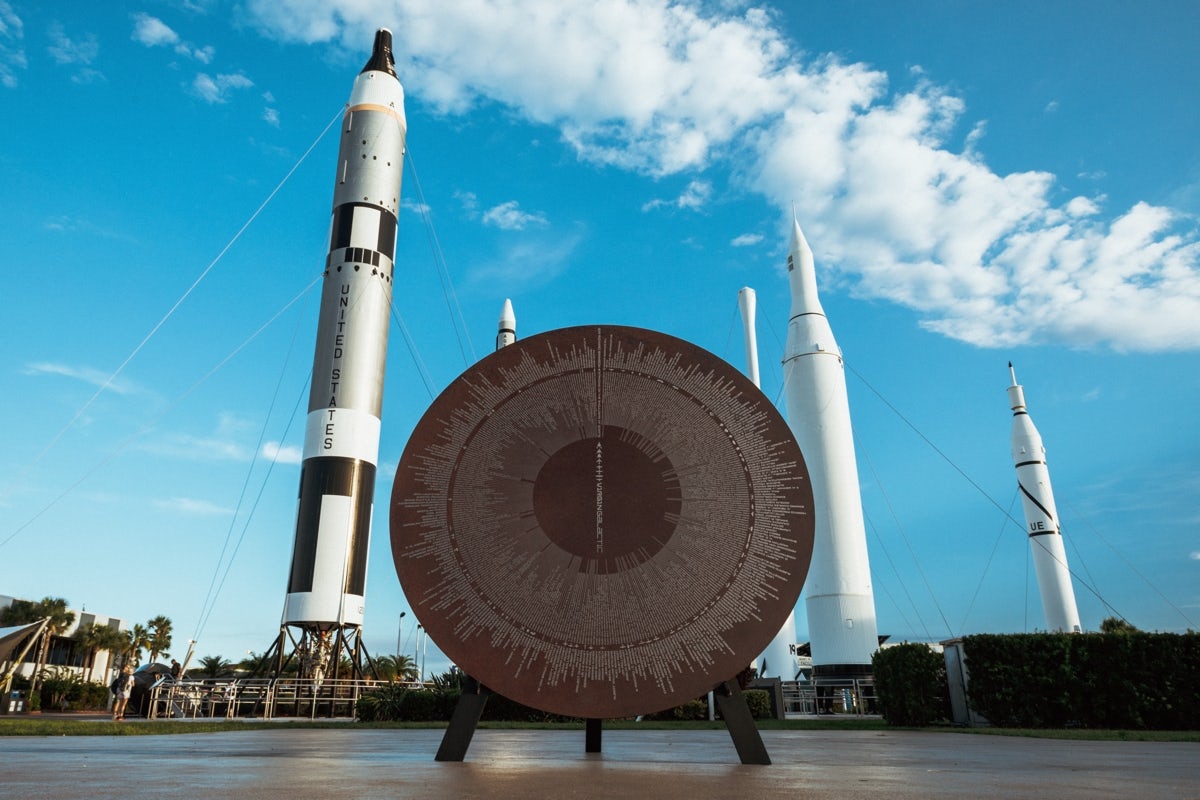 It’s been designed to mark the 50th anniversary of the Apollo 11 moon landing, as well as Virgin Galactic’s plans for commercial space travel – and as such is dedicated to founder Richard Branson.

The piece is named Standing On the Shoulders of Giants, after a 2003 book by the late Stephen Hawking, who himself paraphrased Sir Isaac Newton in using the saying. 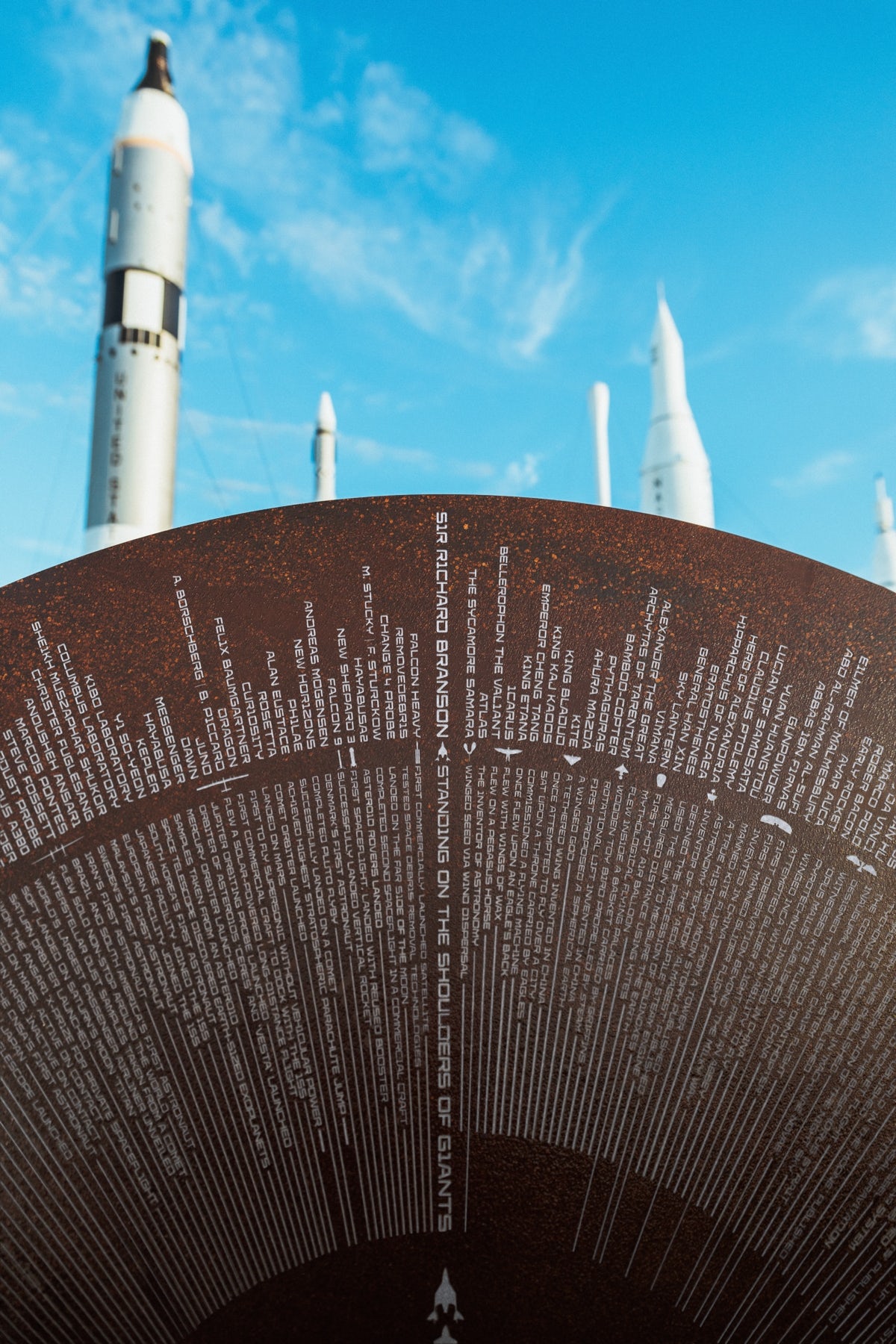 More than 360 key moments in aviation and space travel history are laser engraved on the sculpture. As well as marking out milestones in human achievement such as the first night flight or the first GPS satellite, it highlights cultural moments that show our ongoing fascination with flight and space travel – including the premiere of Star Wars, and the myth of Icarus.

According to GBH Creative Director Mark Bonner, the sculpture was “an epic undertaking in historical research and curation”, with the studio whittling down their choices from 500 possible milestones. 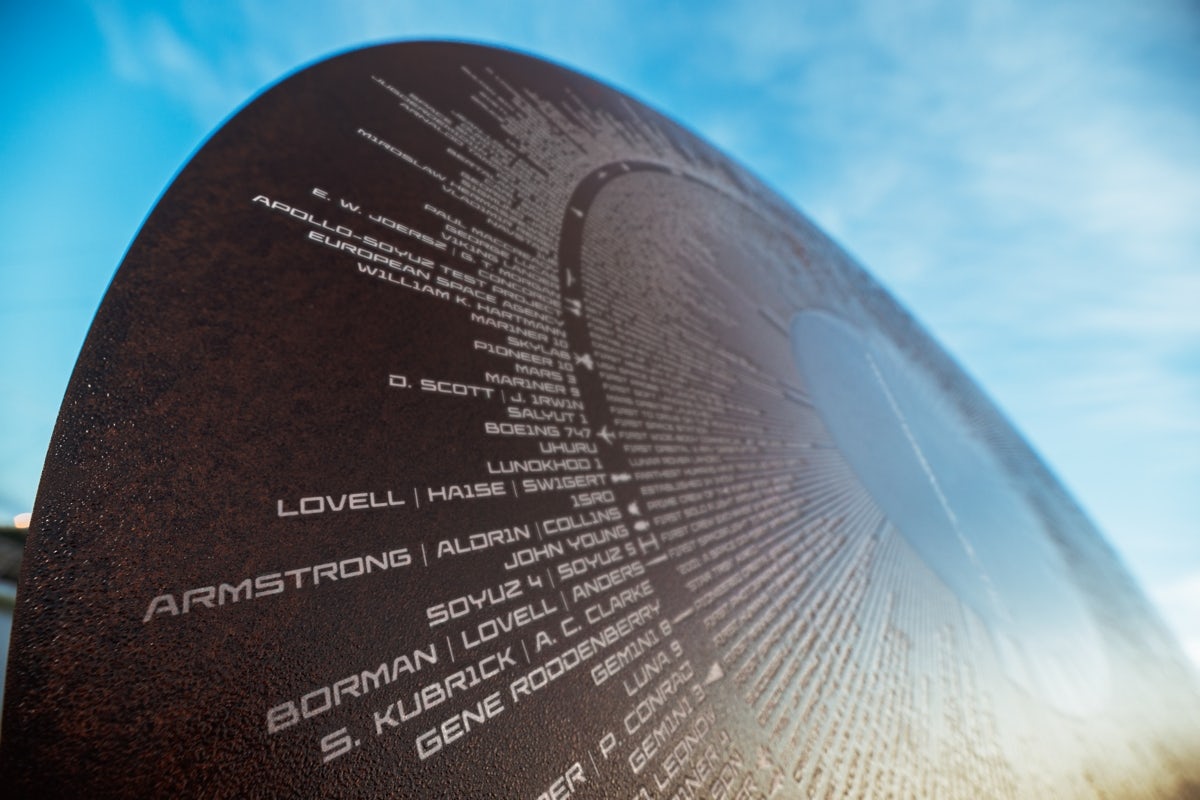 Fittingly, the piece is made in the same weathering steel that clads Spaceport America in New Mexico, where Virgin Galactic’s spaceflight headquarters are located. The sculpture was unveiled at the Kennedy Space Centre in Cape Canaveral, Florida, earlier this week.