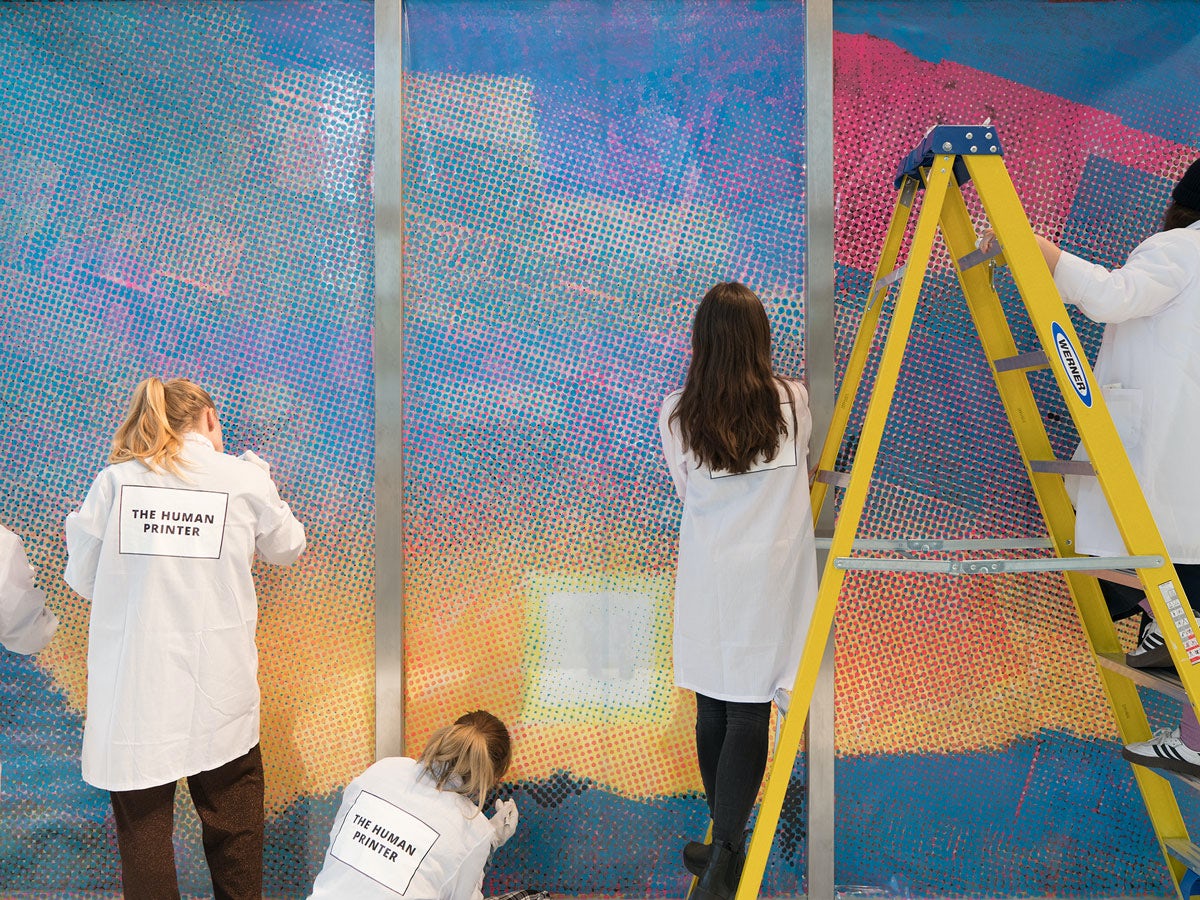 It was while studying Visual Communication at Central Saint Martins in the early noughties that Louise Naunton Morgan first considered the negative impact of digitisation on printing. While it had helped to revolutionise the industry as whole, she felt it had also brought about a lot of homogenisation as a result.

Morgan started The Human Printer project in 2009, creating prints in the same way as a digital printer would – but completely by hand. “Studying graphic design, naturally the printing process is an integral element to the process when producing physical outcomes,” she says. “Interested by the juxtaposition between the organic and inorganic, the project grew from playing with modes of representation used in graphic design and finding ways to highlight this tension.” 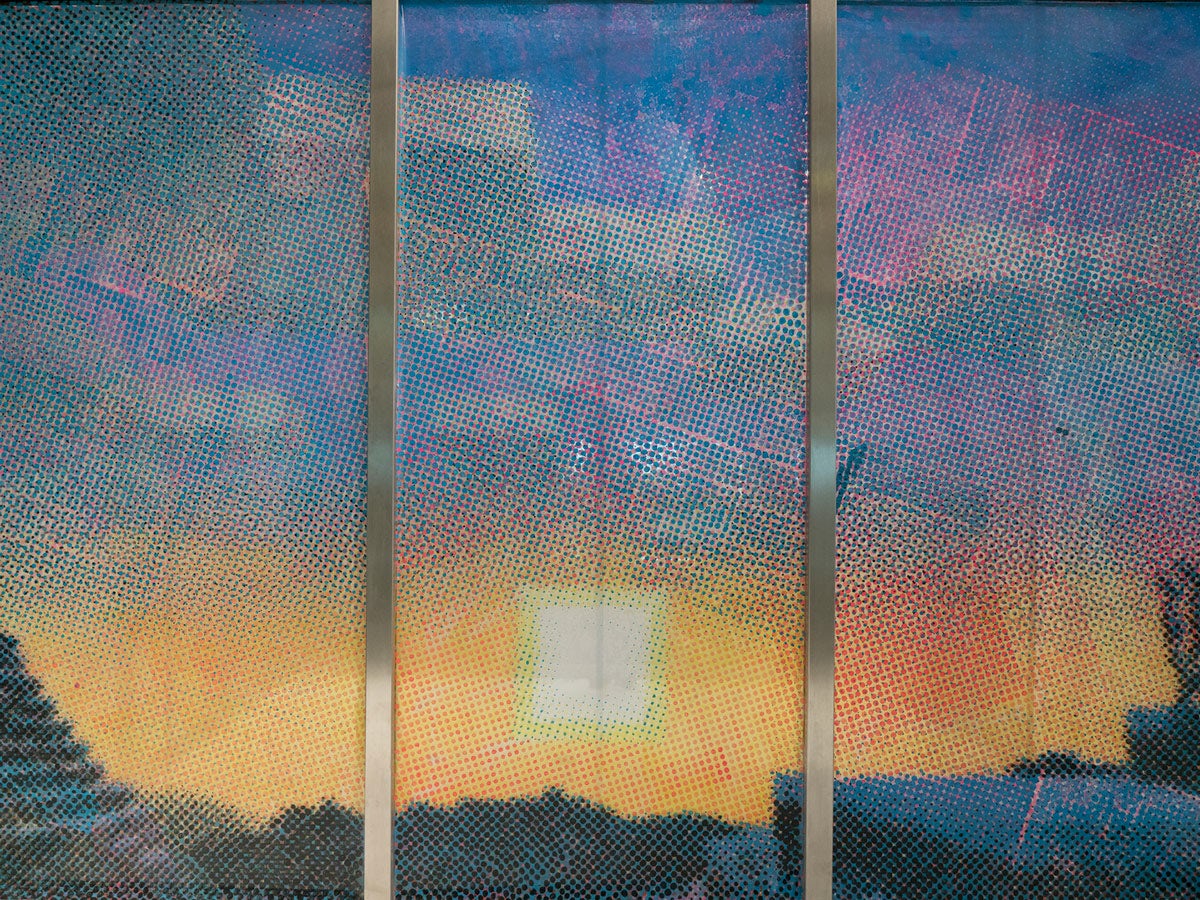 Over the last decade The Human Printer has evolved alongside Morgan’s own career, and is now one of the self-initiated projects led by Stinsensqueeze, the graphic design studio she founded with Stina Pariente Gromark in 2012.

The studio’s team of humans assume the role of the machine and restrict themselves to the same process of using CMYK halftones created on a computer, resulting in completely one-off prints. 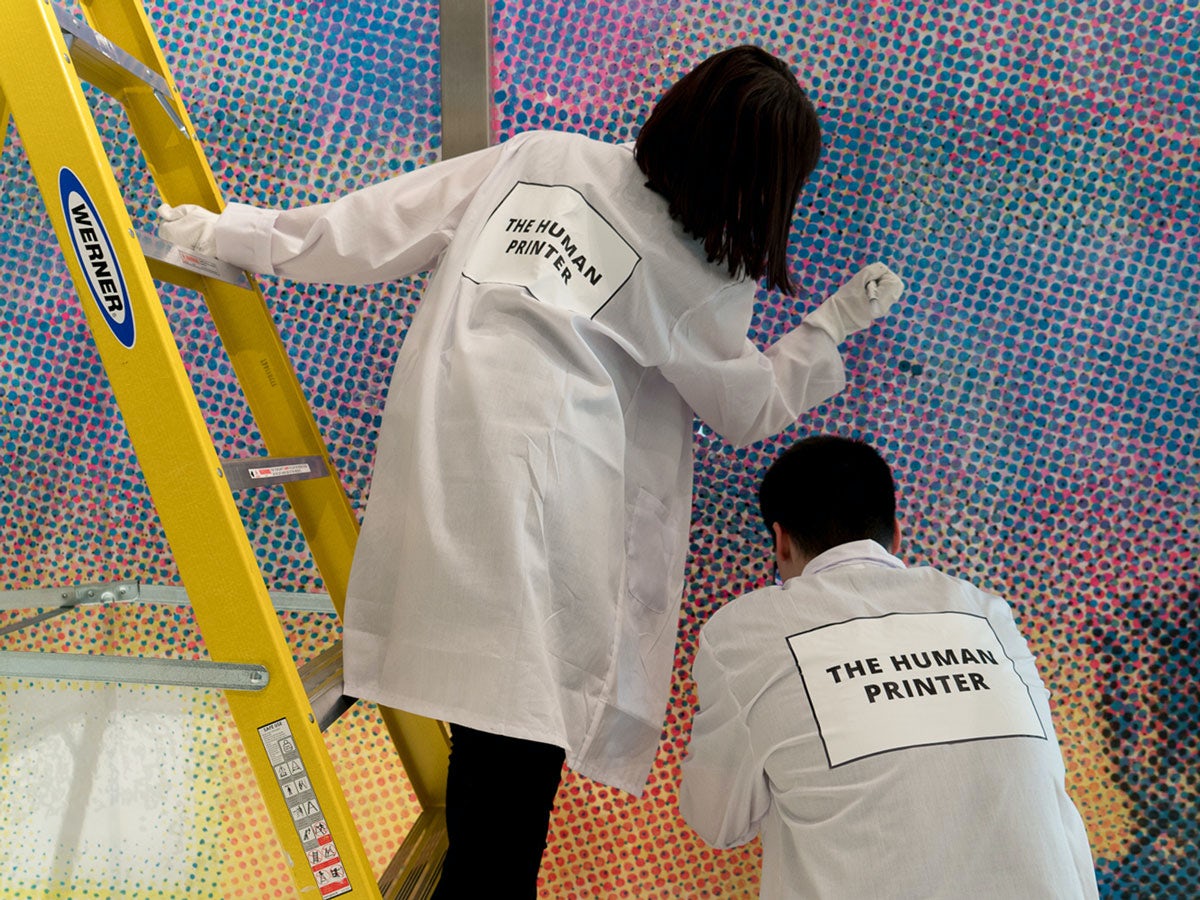 Alongside selling its prints, the studio also does regular printing events, workshops and other one-off projects. Most recently, a team of 25 people took part in a 36-hour print marathon to create a colourful large scale artwork for Selfridges’ London store, as part of the retailer’s Art Store campaign.

“More and more our society is becoming mechanised, digitised, systemised and we move further away from the idea of the human as an animal, a unique, sensitive being,” says Stinsensqueeze. “The project aims to highlight the need to sustain this way of being, even if found within inorganic structures, and how we can express ourselves within set parameters when the constraints are becoming tighter and tighter.”