“If you were to Google Image search ‘gaming magazine’, the majority of the images you see are front covers with a bombardment of text, slogans, giveaways and overwhelming amounts of information,” says the mag’s founder Caspian Whistler. “The cover is 9/10 times a white guy with a gun. There’s nothing inherently wrong with that, but there’s an old adage that the press reflects the industry it’s reporting on. If people are looking at imagery like that, they aren’t necessarily thinking video games are for them.”

In stark contrast with the kinds of magazines Whistler is talking about, A Profound Waste of Time (APWOT) instead features full bleed illustration, elegant headline treatments, and absolutely no sign of the lary cover lines of other games mags. It’s Whistler’s attempt to offer a more considered approach to a much-maligned pastime – one which he believes is at the tipping point of breaking into the cultural zeitgeist. 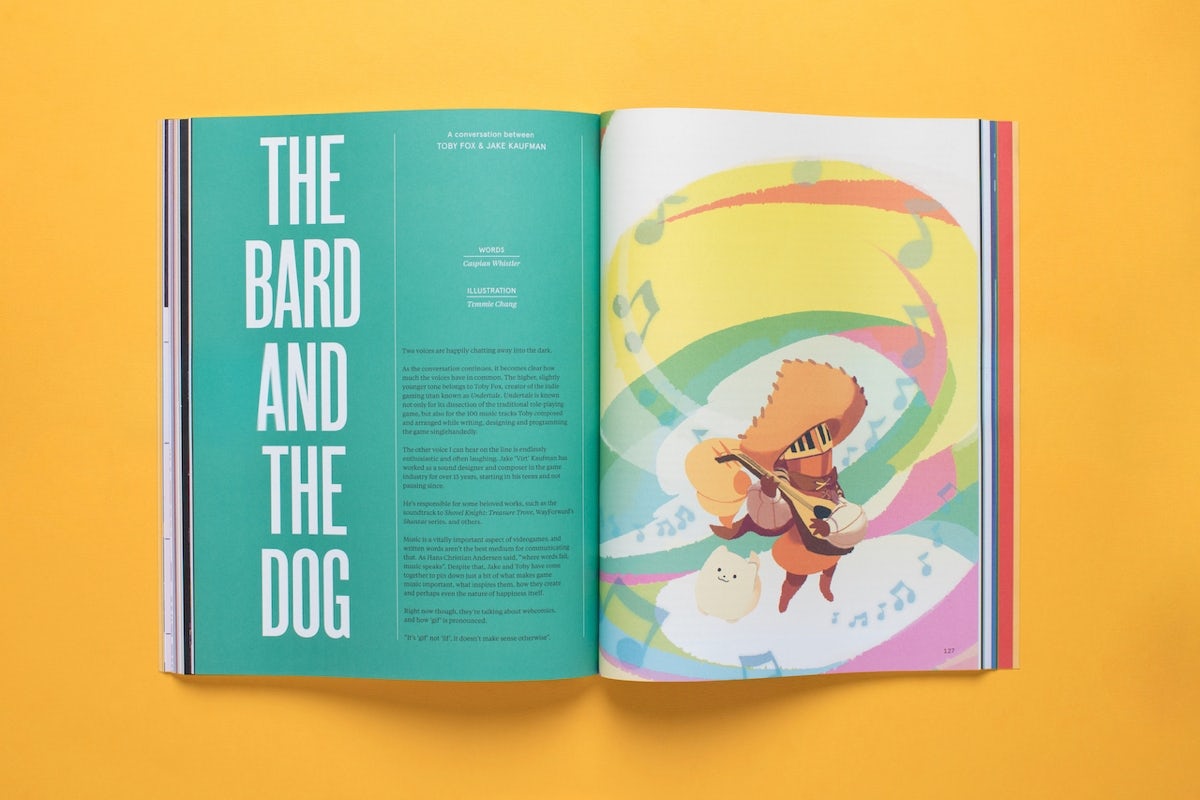 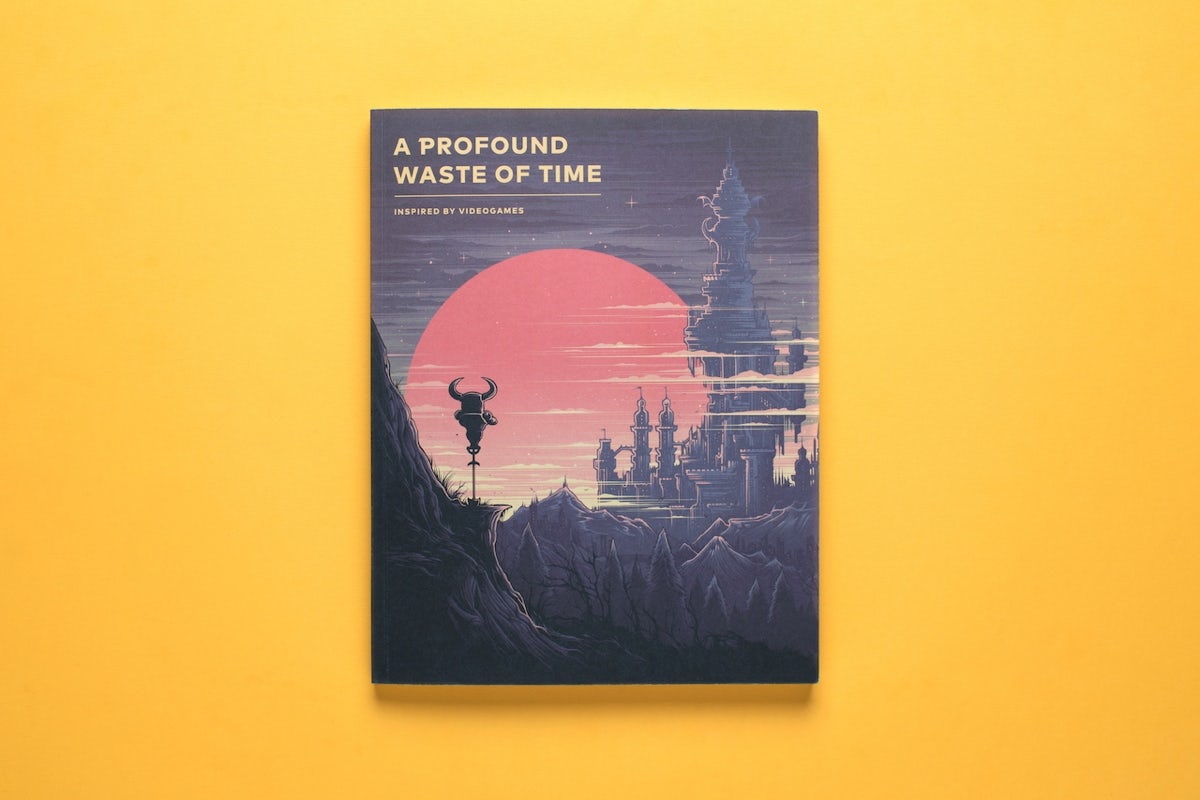 He started APWOT while studying graphic design at the Chelsea College of Art, as part of a project exploring zines and counter culture. Having played video games all his life, Whistler says he found the discussion around gaming frustrating and disappointing, particularly for those interested in games outside of blockbusters like FIFA and Call of Duty.

“My way of rebelling was to go in the complete opposite direction, and make something very calm and welcome that emphasised design over news, reviews and keeping people up to date,” he told CR. “For me it was about moving away from the more reactionary aspects of gaming media. I feel like a lot of it is very much focused on the pageantry of review scores and exclusives, which has only become more prevalent since games have moved towards the internet.” 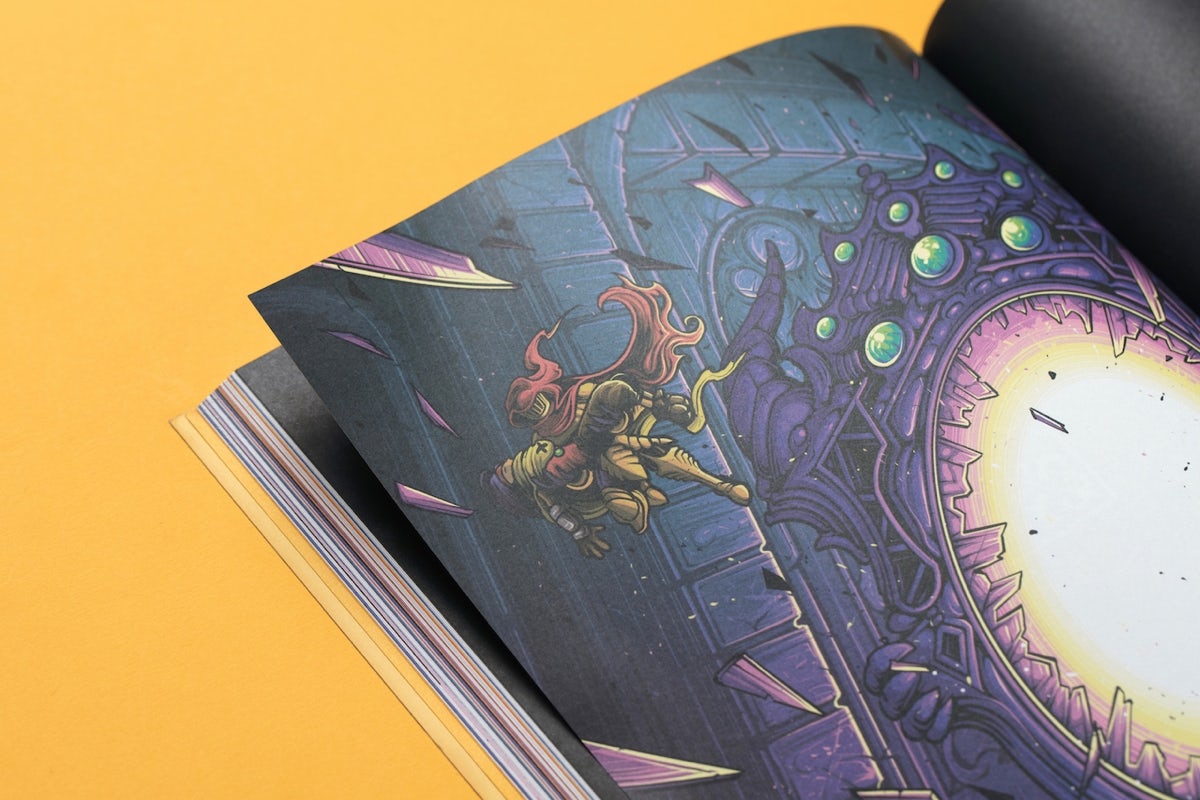 Whistler believed that making something in print – despite being at odds with gaming’s move into the digital ether – would create a space for a different kind of discussion. He found support for the first edition of the magazine on Kickstarter, reaching above and beyond his £20,000 funding goal in less than a week. This support has allowed him to lavish attention on APWOT – which is designed in consultation with Leo Field – using lithographic and riso printing, and commissioning illustrators for every feature, as per the mag’s ‘no screenshot’ rule.

The cover image is courtesy of Dan Mumford, who’s drawn his own version of the world of Shovel Knight – a platform side-scroller focused around, as the title suggests, a knight with a shovel. The issue isn’t without its own sense of play either, with a special glow-in-the-dark edition also available to buy. The mag was nominated for Launch of the Year and Best Use of Illustration in this year’s Stack Awards. 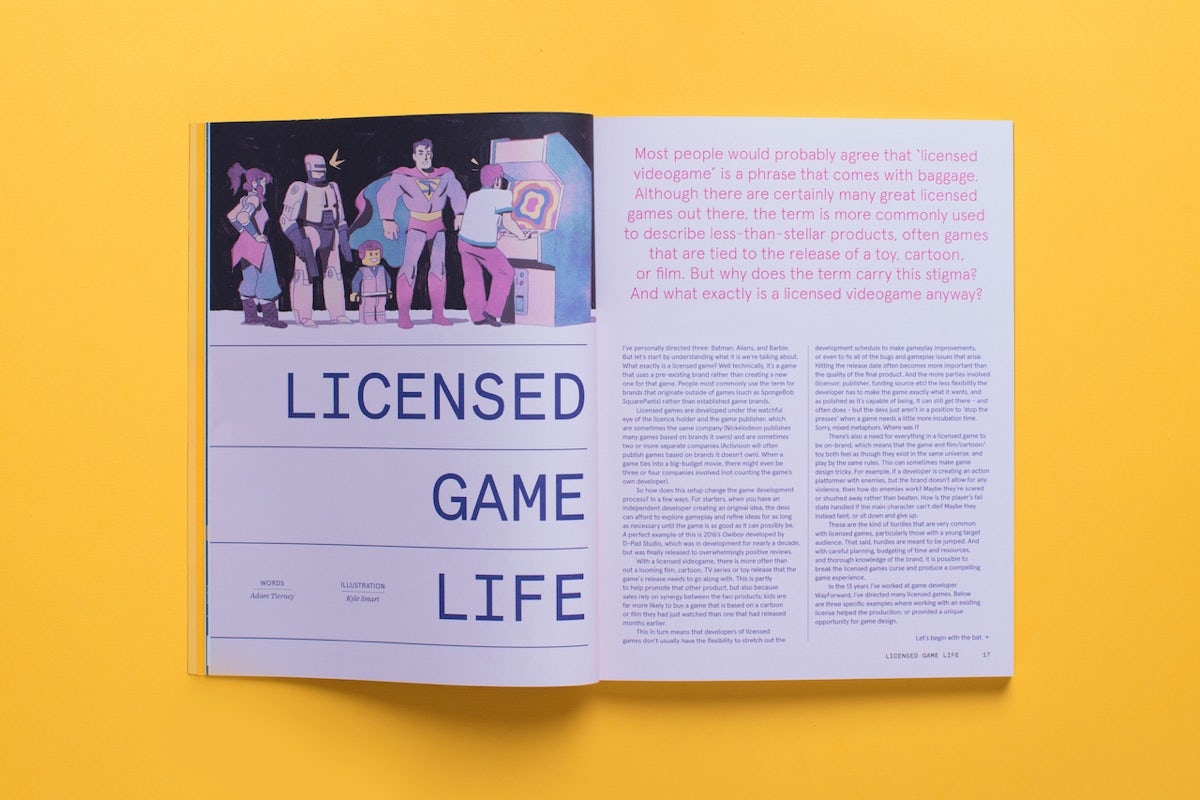 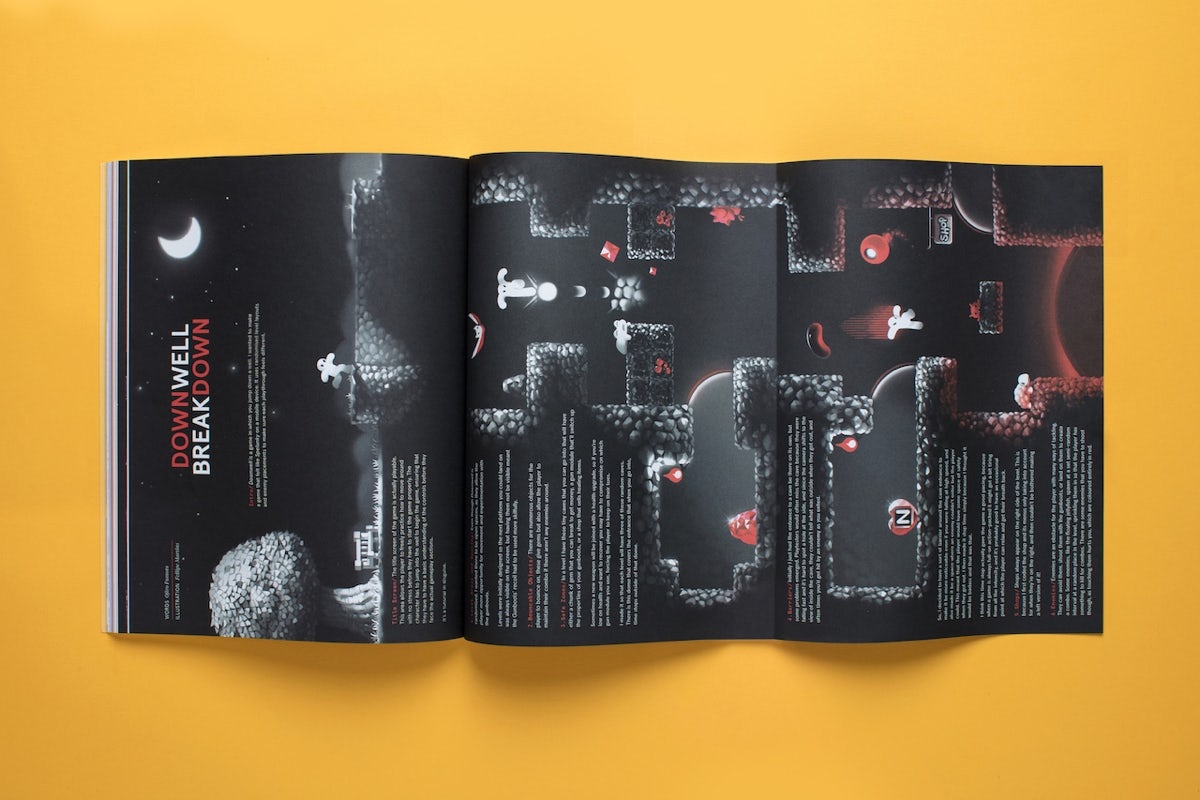 But APWOT isn’t just intended as a beautiful, collectable object. Whistler says he was keen to commission a range of features that reveal a side of the games industry that’s often hidden, and also explores people’s personal experiences of play. Features range from interviews with developers, to exploration of gaming as therapy, how people’s backgrounds influence how they experience games and how the games they’ve worked on have affected their own lives. Whistler says he hopes it will help drag the process of game-making out into the light, but also put games and their makers into the same breath as artists and filmmakers.

“The tagline for APWOT when it was a zine was ‘thoughts and feelings about video games’, because I thought discussion about how people felt emotionally about games was lacking,” says Whistler, who serves as Editor and Art Director for the mag. “That tagline is still the blueprint for our editorial, which is about how games are made, how fantastic they are, and how they make us think and feel.

“There’s this huge distance between how people talk about it culturally, considering it’s the biggest money-maker of our culture and modern society. With APWOT, I want to focus on the discussion of that, and bridge that gap.”