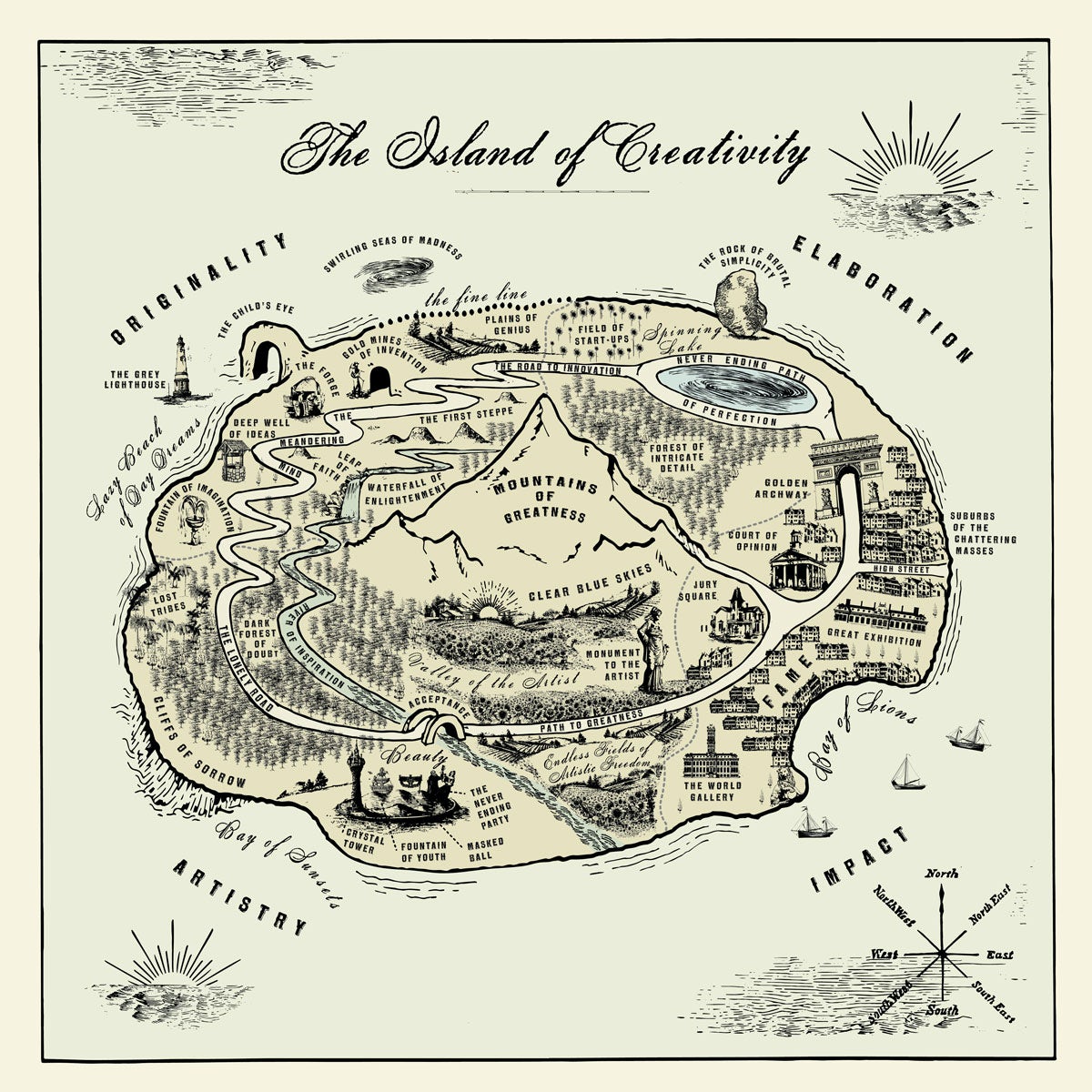 This map represents the concepts we believe go into great creative work. It began as a piece of research with Google looking into measuring and valuing the impact of creativity in digital ads, but has evolved into a piece of work in its own right. Interestingly almost all the places on this map represent things that are still hard, if not impossible, for science or technology to measure.

This Island of Creativity is split into four distinct areas, representing the four ways creative effectiveness can be measured, qualitatively at least. Originality is the creation of a new concept or idea and Impact describes the way it is received by society. You can think of Originality as the source of an idea and Impact as its end destination. Elaboration is something our industry would describe as Craft, the refinement of an idea, and Artistry describes the creativity and expression of the artists themselves. It was thinking of those as journeys that gave me the idea of presenting these concepts geographically on some sort of map – an old Renaissance technique referred to as sentimental cartography.