The story of the Johnston typeface stretches back to before the First World War, to 1913, when Frank Pick, London Underground Railway’s commercial manager, first commissioned the design of brand new lettering for the network. Pick’s influence on London Underground’s design credentials has long been recognised – he briefed many of the most significant artists and designers of the time, from Man Ray to Abram Games, to create posters to promote the rail company – but the Johnston typeface is surely among his most important commissions, becoming over time to be seen as ‘London’s handwriting’.

It first appeared in 1916 – having been delayed by the outbreak of World War One – in signage that was initially painted by hand. Wood-letter printing blocks were then made in 1917, making it easier and quicker to reproduce the lettering across the ever-expanding London Underground. The typeface has been adapted only once: in 1979 Eiichi Kono, then working at London agency Banks & Miles, redesigned and expanded it, creating New Johnston, which is used across all of TfL’s communications today.

The typeface contains various quirks, which have managed to survive over the decades and contribute greatly to its charm. Speaking of the font for an article in the March 2013 issue of CR, which celebrated 150 years of the tube, Bruno Maag commented that “there’s something distinctive about it and obviously it’s a very calligraphic font too. Johnston was a calligrapher [rather than a type cutter] and it shows.

“If you look at Univers or Helvetica or any grotesque face, they’ve all got neutrality in mind,” says Maag. “Johnston, however, is anything but neutral – there’s a clear expression and therefore recognisability. This, of course, makes perfect sense because when Frank Pick commissioned the typeface he wanted to unify all of London Underground’s communication under one brand. It had to be recognisable as representing London Transport – and it still very much is.” 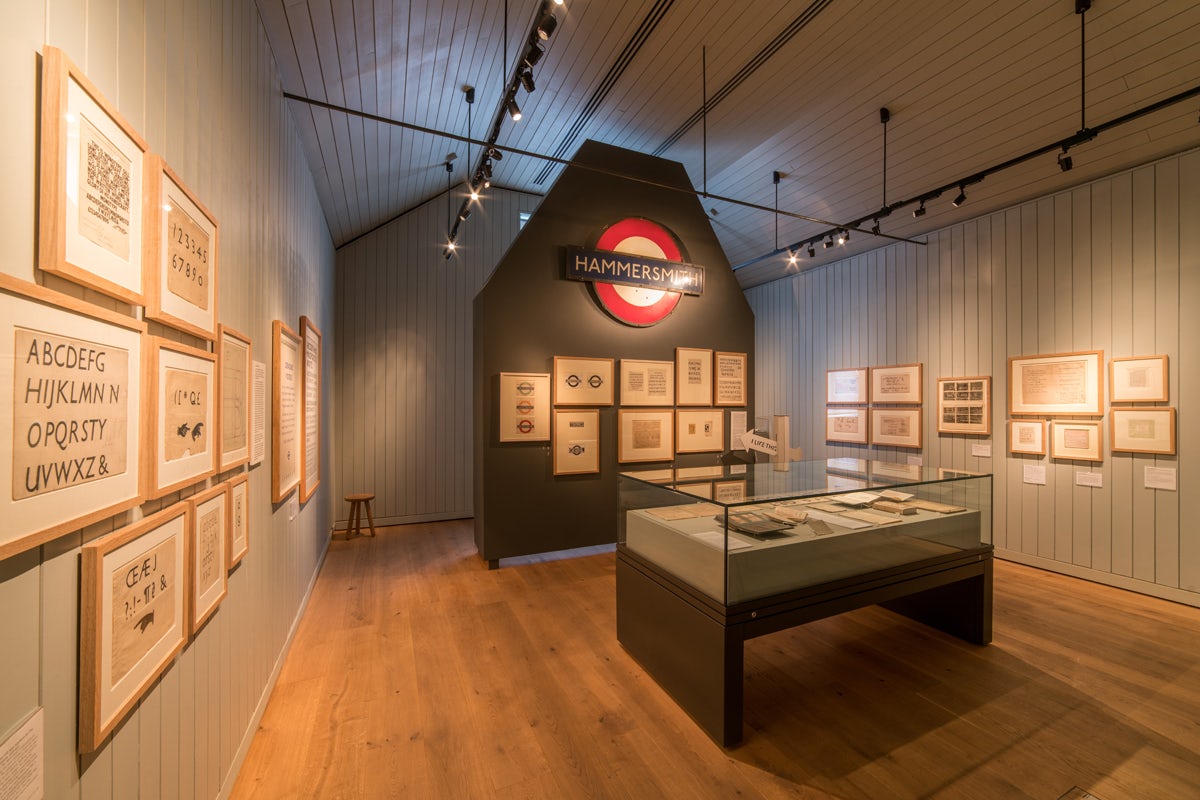 Johnston was living in Ditchling in East Sussex when he designed the Johnston typeface. He and his family had moved to the village in 1912 to join the community of artists set up by Eric Gill, a former pupil of Johnston’s at the Central School of Arts & Crafts in London. Gill in fact was initially commissioned alongside Johnston to create the London Underground font, but in the same year began work on the Stations of the Cross sculptures for Westminster Cathedral, so Johnston completed the bulk of the design.

Until September 11, The Ditchling Museum of Art + Craft is showing ‘Underground: 100 years of Edward Johnston’s Letter for London’, an exhibition which examines the creation of the Johnston typeface and its legacy, through an array of documents and original designs.