In May 2017, the New York Times created a special, print-only children’s section of its Sunday newspaper. With sports, news, food and arts content, along with opinion pieces and how-to guides, it mimicked the format of the regular paper but was designed and written with kids in mind.

The project came out of a wider initiative at the New York Times Magazine to experiment with new print formats and sections. It was created in collaboration with school children from Queens, with the magazine recruiting teenage consultants to advise on content, and inviting pupils to create OpEds on topics they cared about. 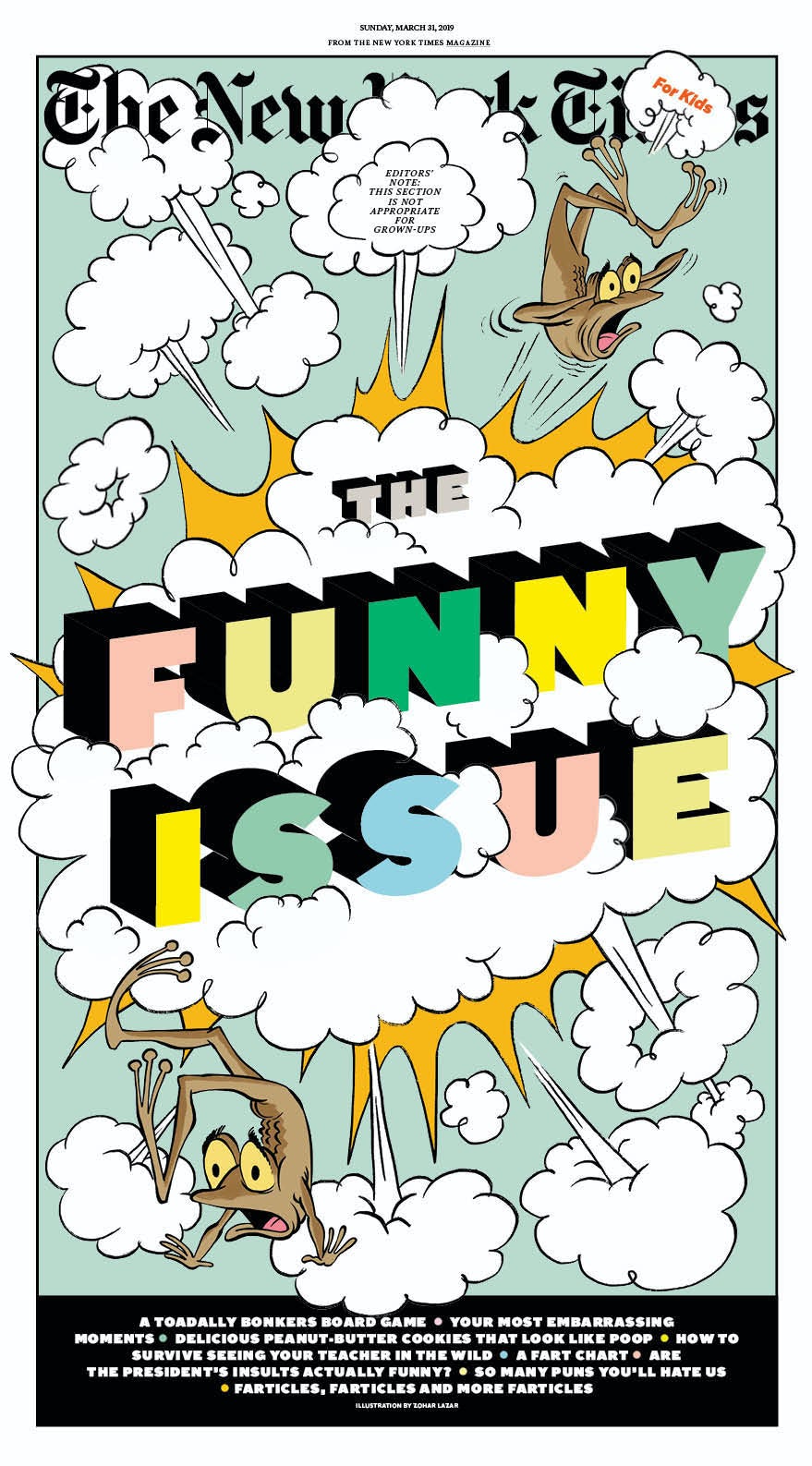 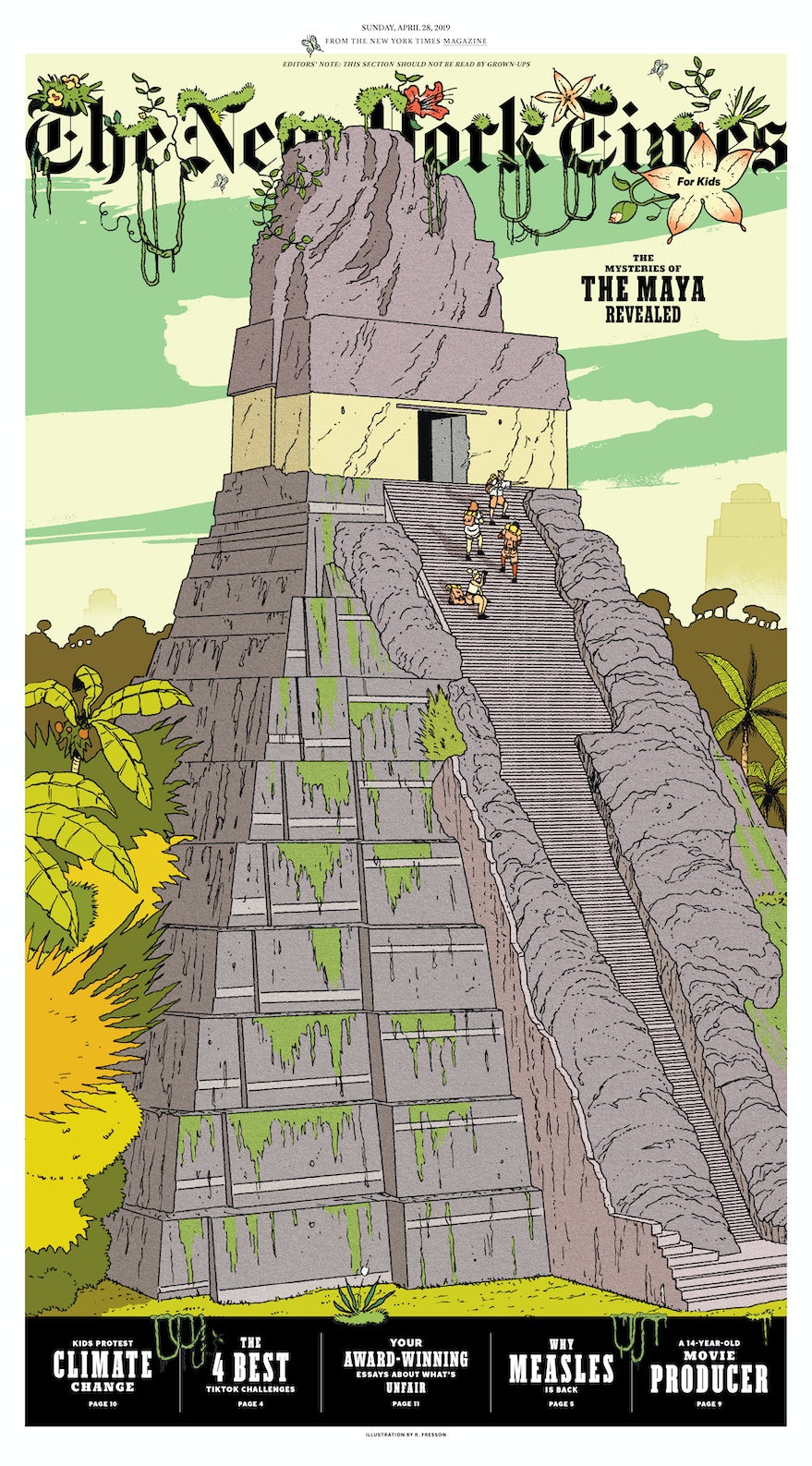 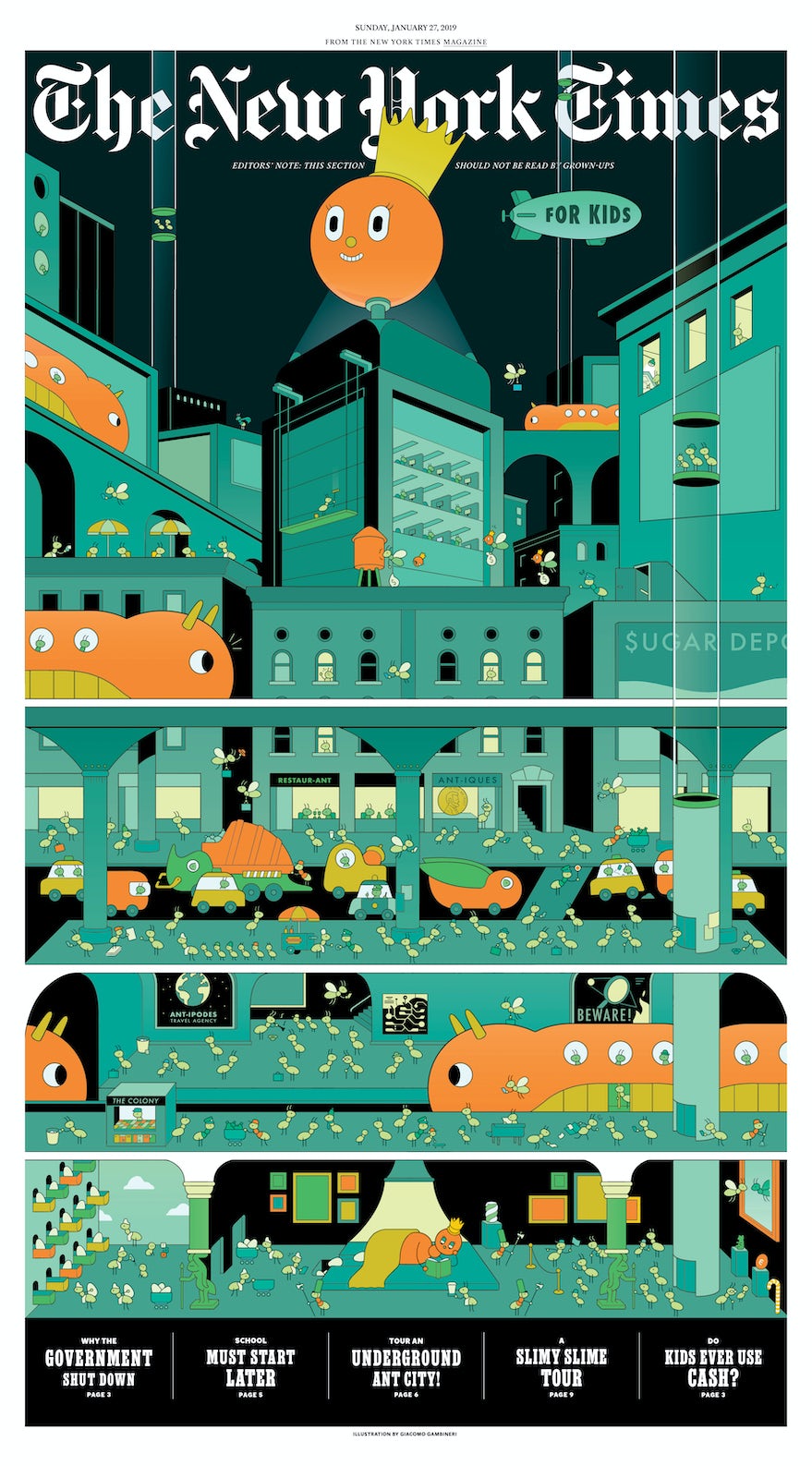 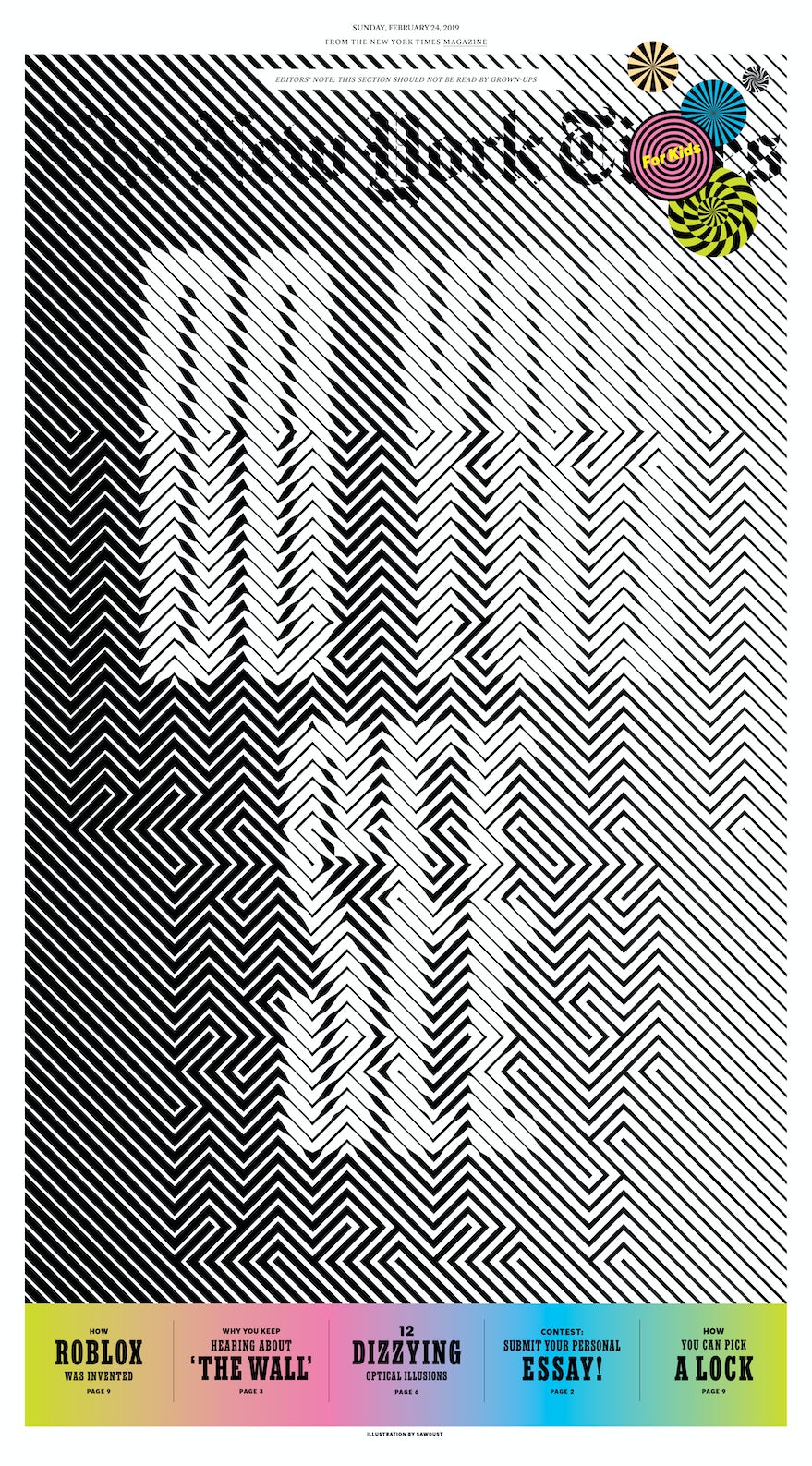 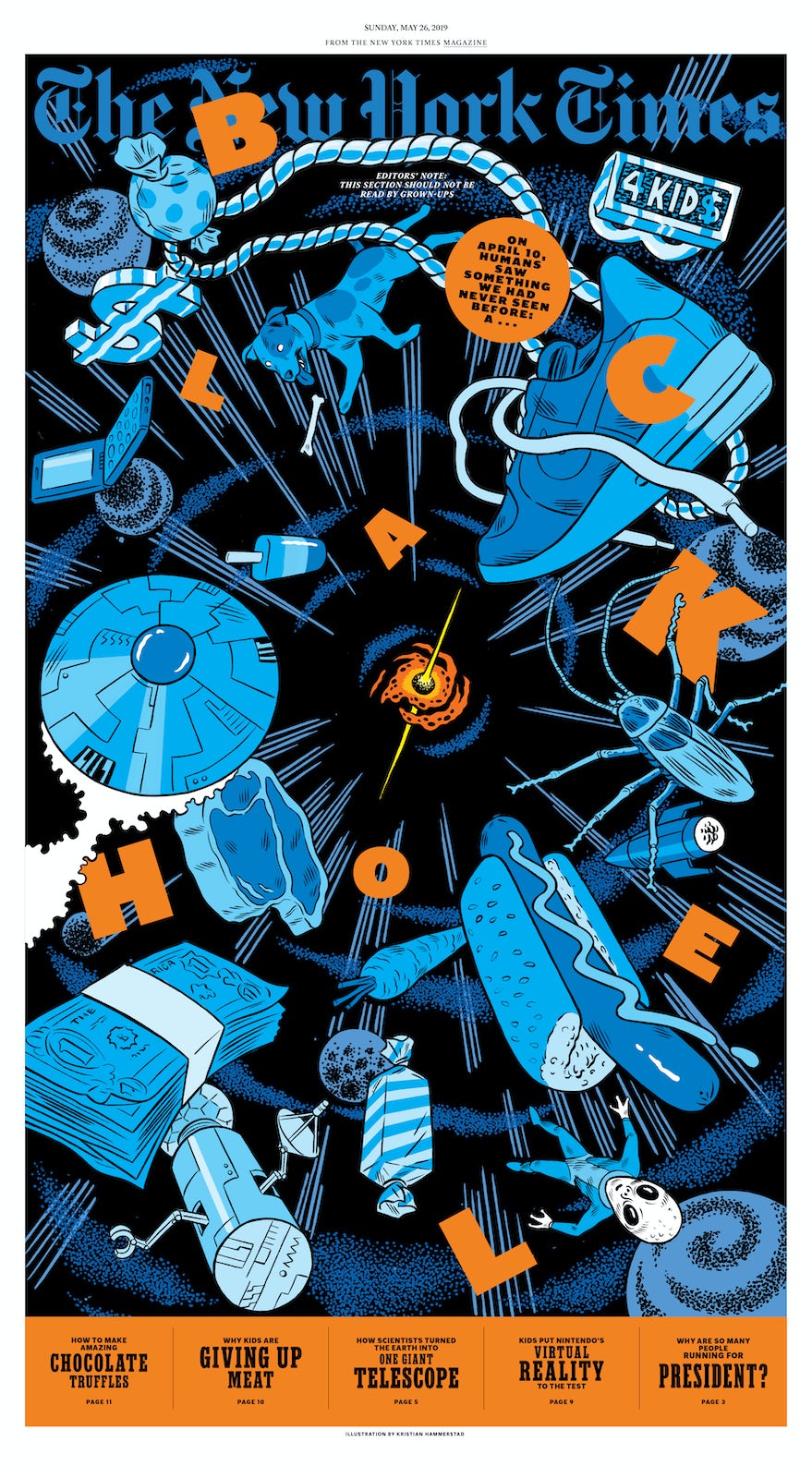 The issue was a success, and the paper received dozens of emails from parents whose kids had enjoyed the section. One parent even set up a change.org petition calling for the section to be made weekly. A few months later, the New York Times announced it would become a regular feature.

Since then, the New York Times Mag Labs has created a wealth of issues just for children. Issues are published on the last Sunday of each month, and each one has a distinct look and feel. Last year’s editions included a back to school special, along with themed editions on topics including fear, humour and the body. Combining colourful infographics and illustrations with playful layouts, the issues are fun and engaging but never patronising, and feature the same level of innovation we’ve come to expect from the team behind the New York Times’ weekly magazine.

The humour issue provided a nod to comic book graphics, with witty illustrations and featured articles on pranks, dad jokes and the science of humour, as well as an entire section dedicated to farts. The fear issue, launched to coincide with Halloween, was reminiscent of vintage horror posters in its look and feel, while the body issue brought biology to life with anatomical illustrations by Brighton-based artist Tim McDonagh. 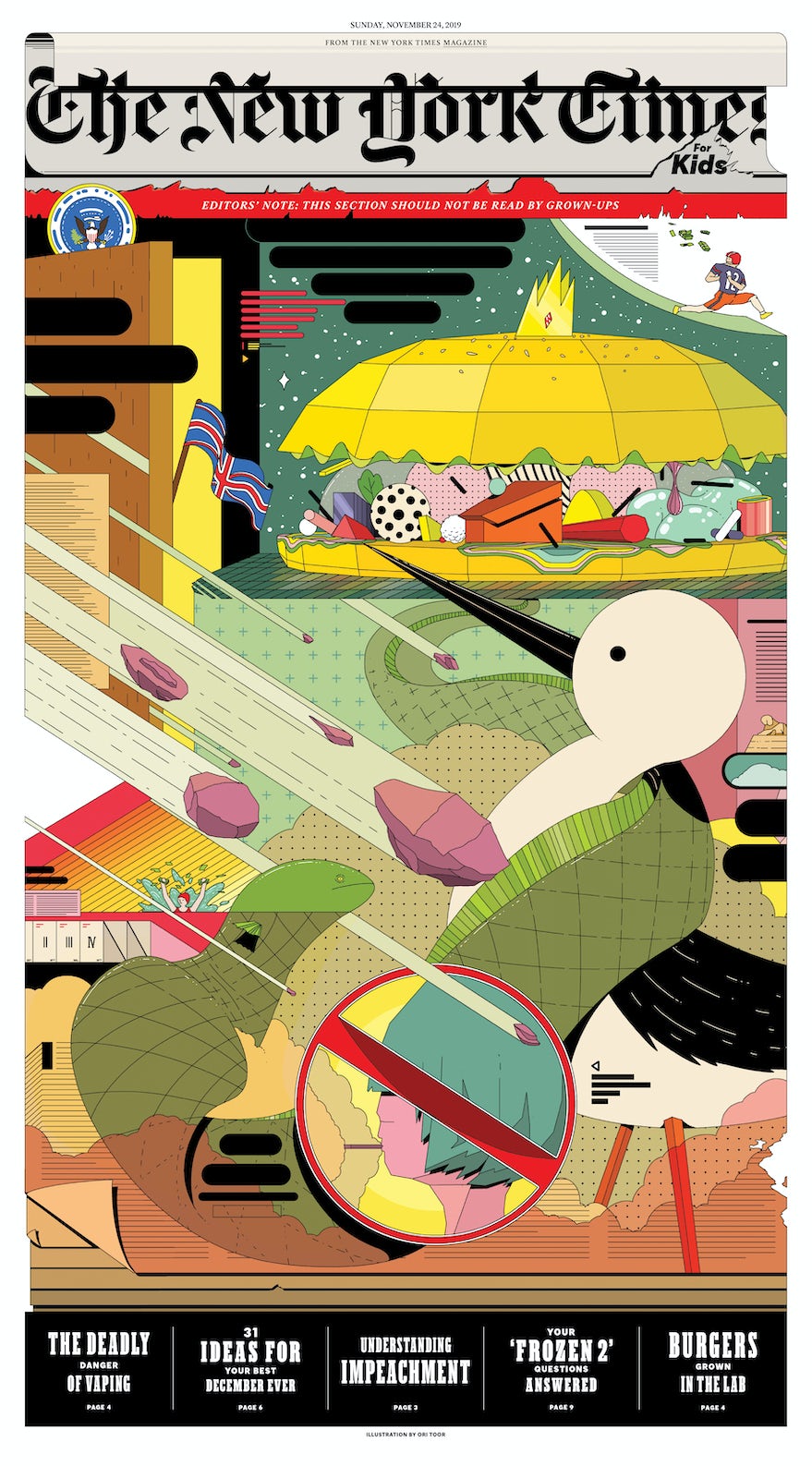 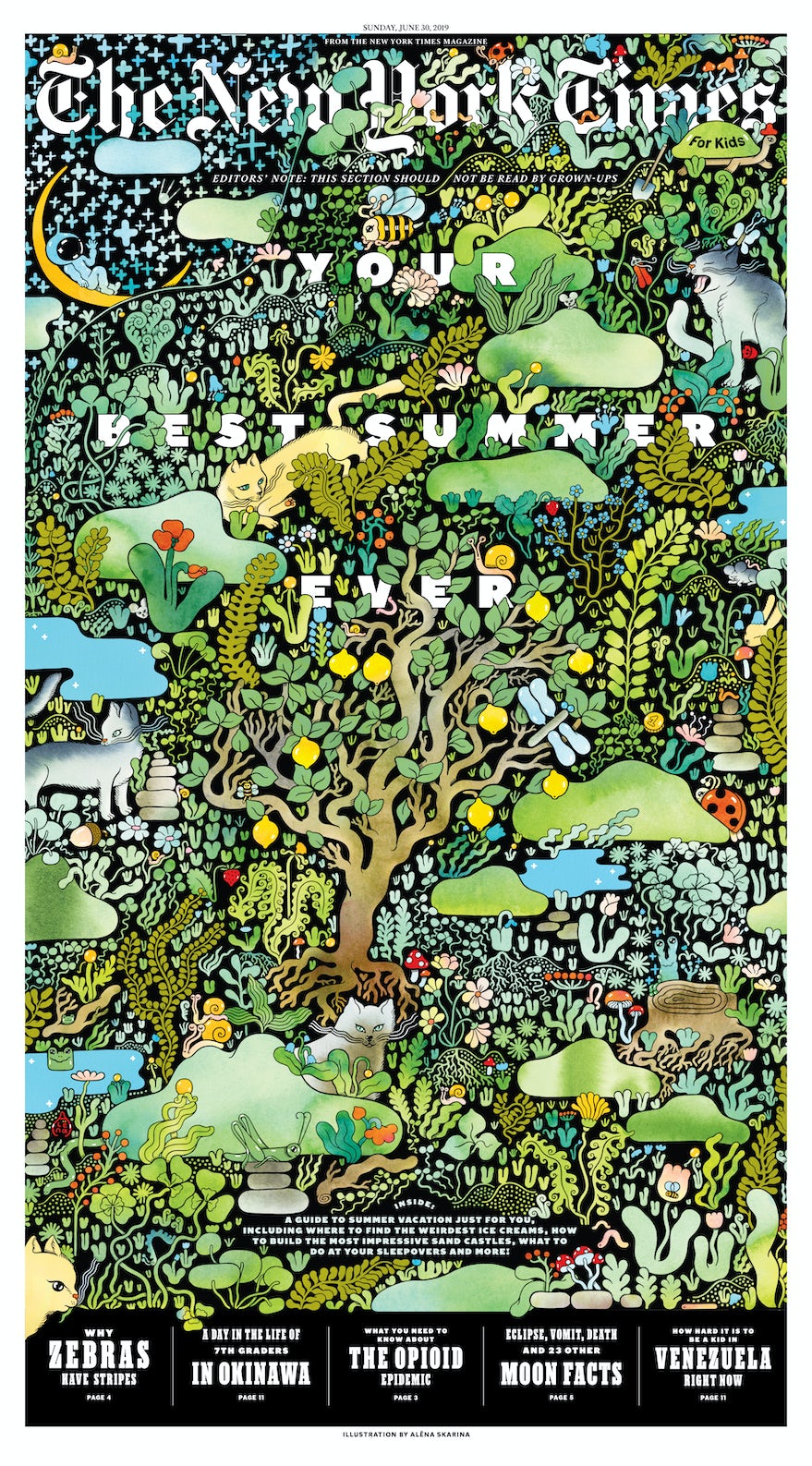 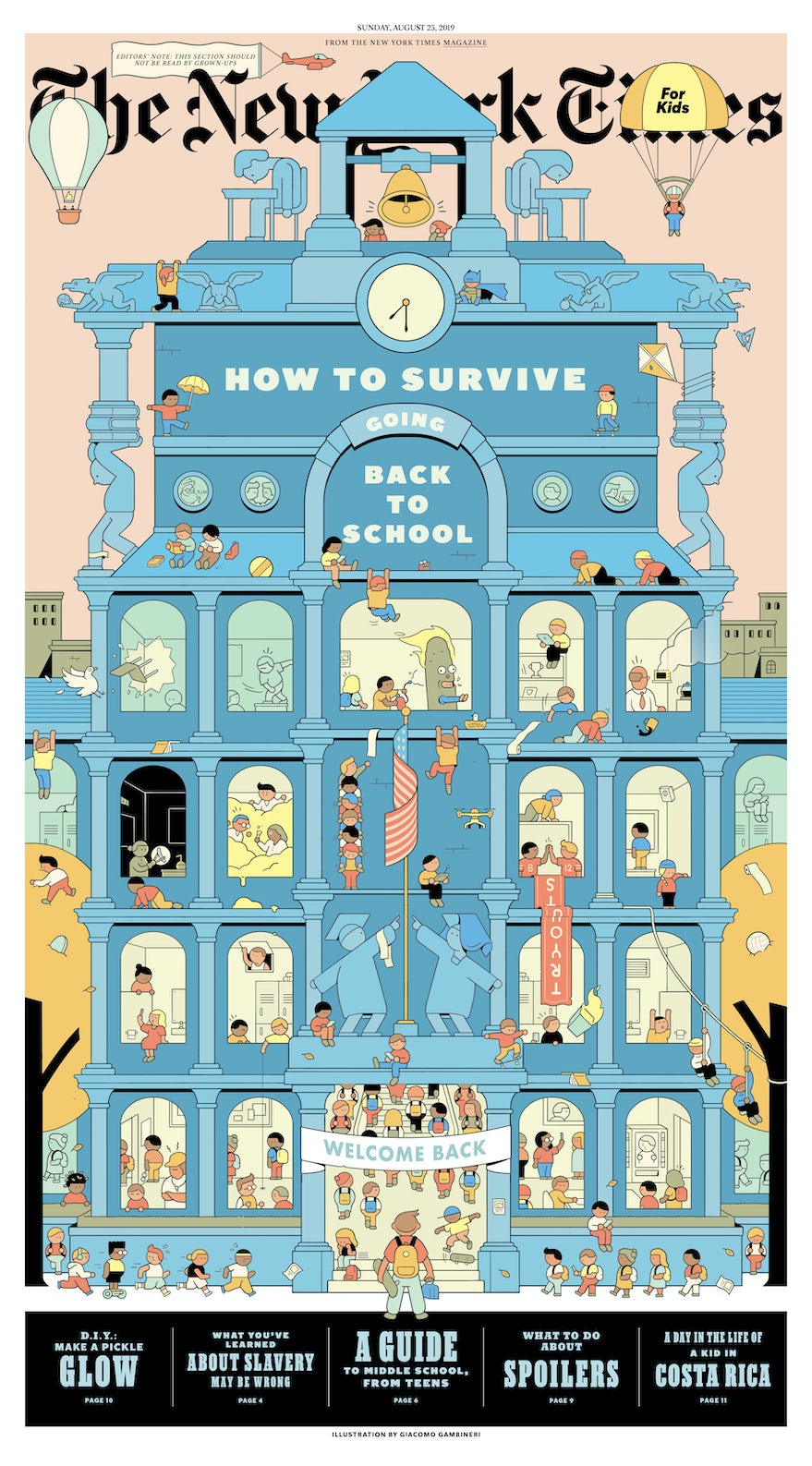 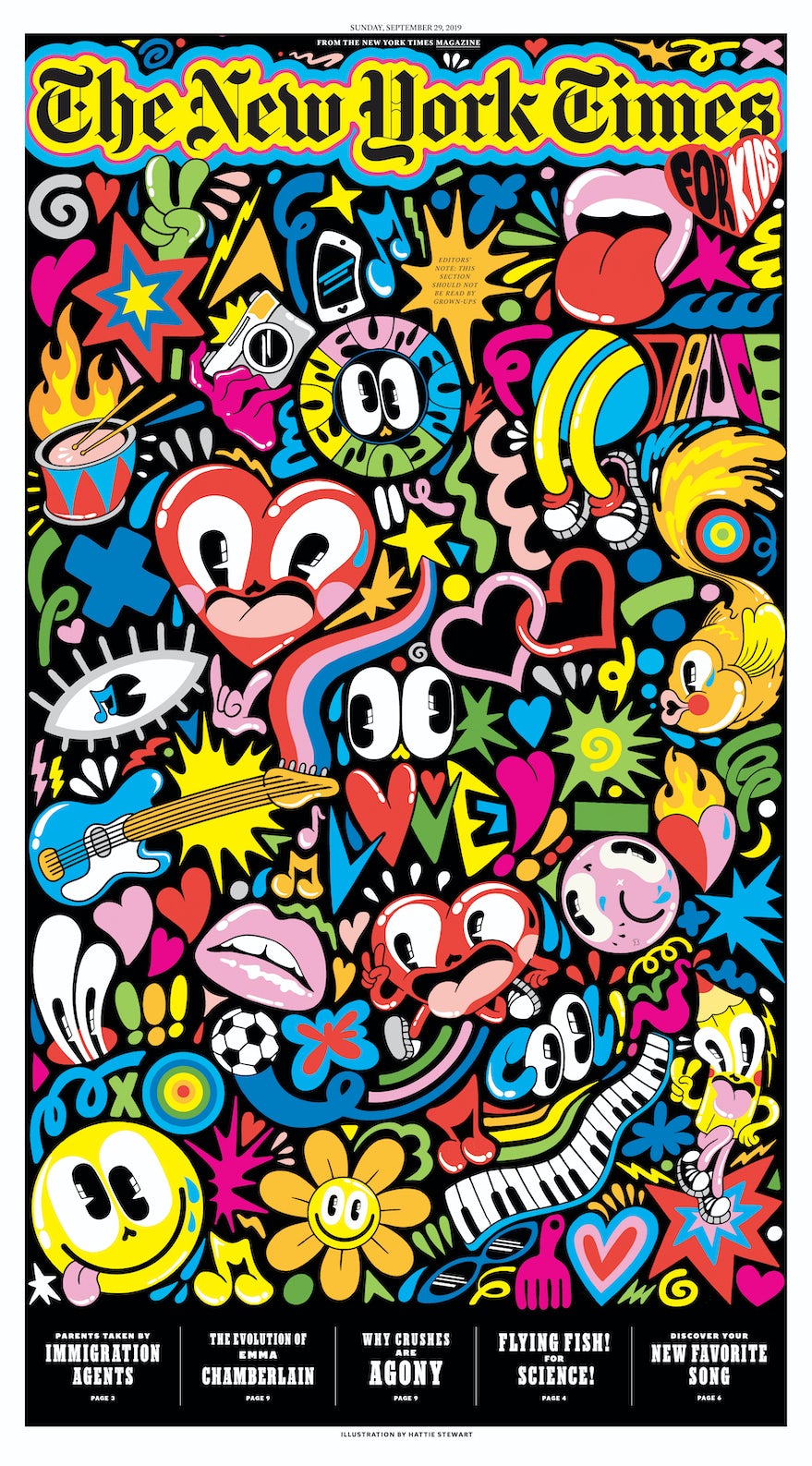 Speaking to the New York Times, Mag Labs art director Debra Bishop said it’s important that every issue is packaged in a way that doesn’t talk down to younger readers. “You want it to be cool, but you want it to also be very smart.”

While the past few years have seen a wealth of brilliant new picture books emerge for young children, there’s a notable lack of current affairs publications or platforms aimed at older children and young teens. But with the New York Times for Kids, the Mag Labs team has created a mini newspaper that is informative, educational and a pleasure to read.

It’s a brilliant example of how to communicate with kids, and shows the role that great design and illustration can play in helping children learn about the world around them. In its content and design, the Kids section avoids common clichés and aims to reflect the issues that children care about. And by giving each issue a different look and feel, the Mag Labs team has also ensured the section continues to surprise and delight – a challenging feat for any monthly publication. 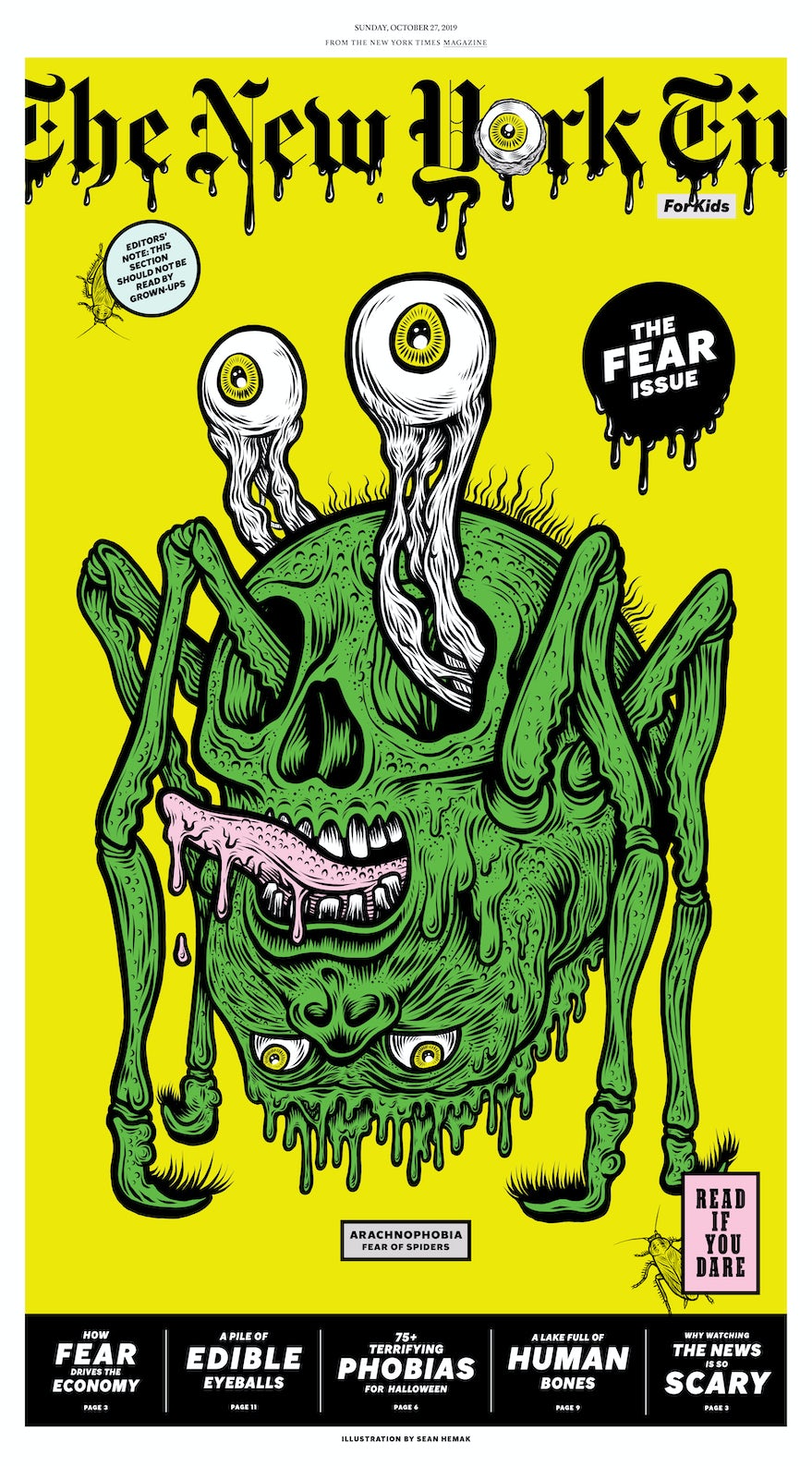 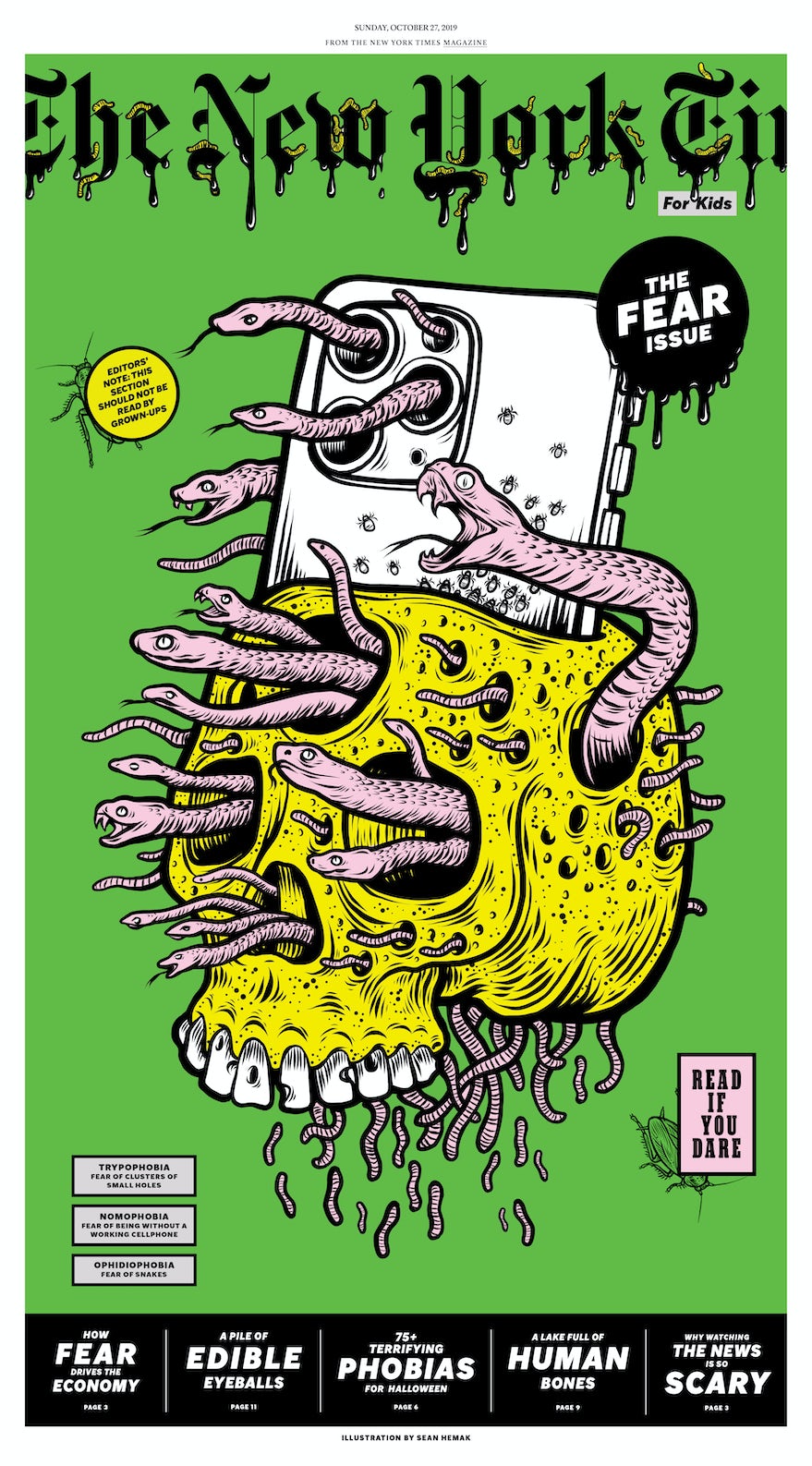 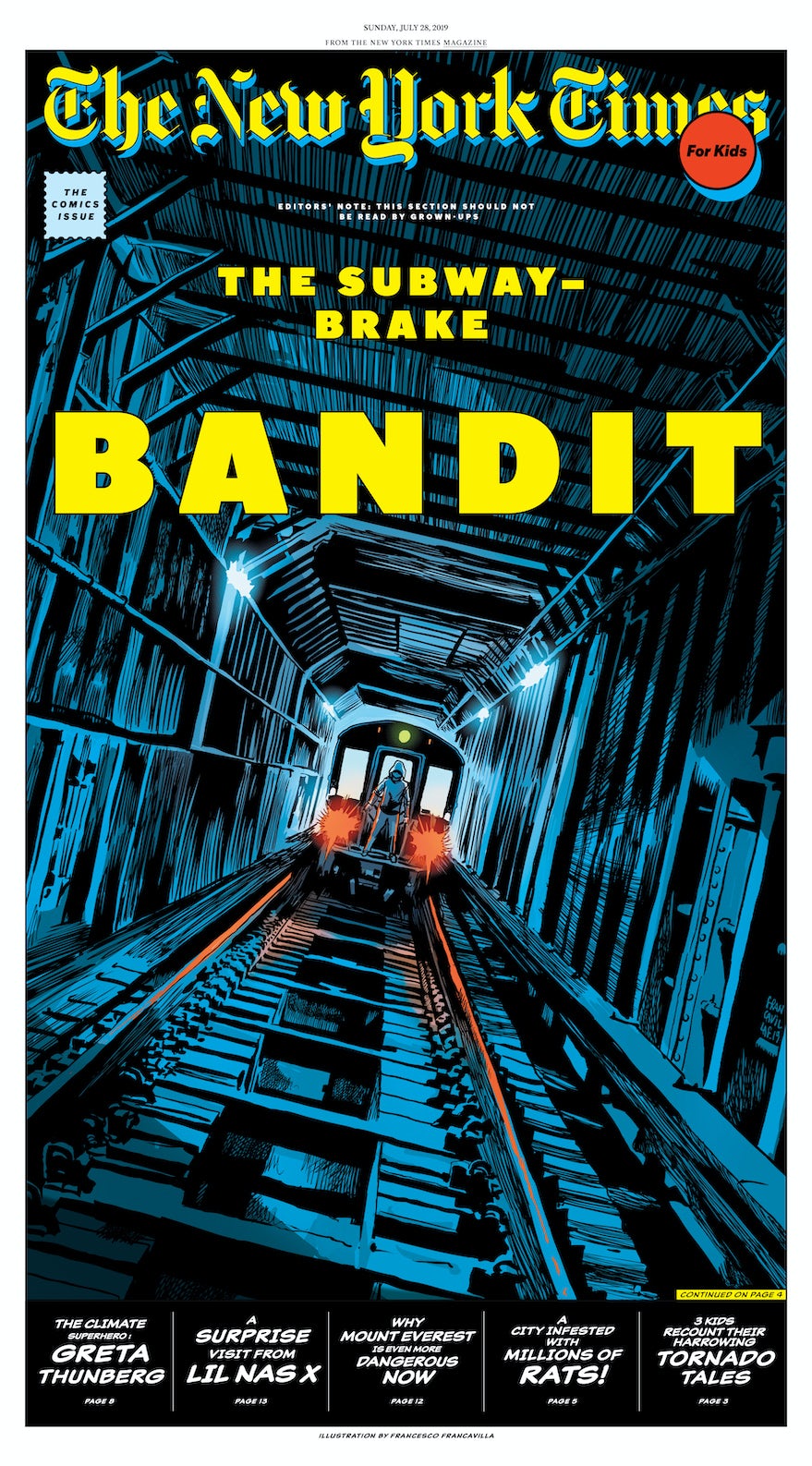 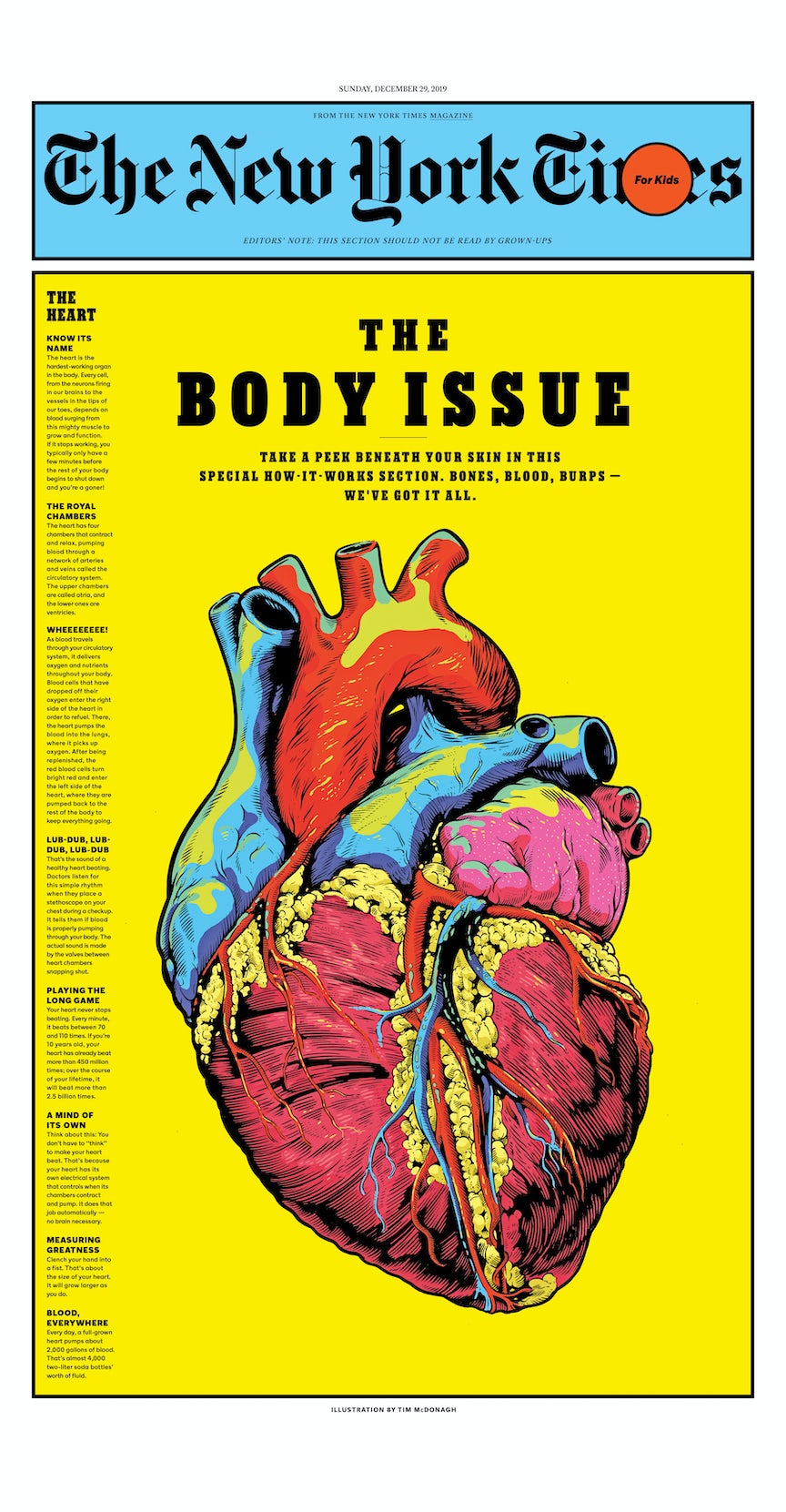 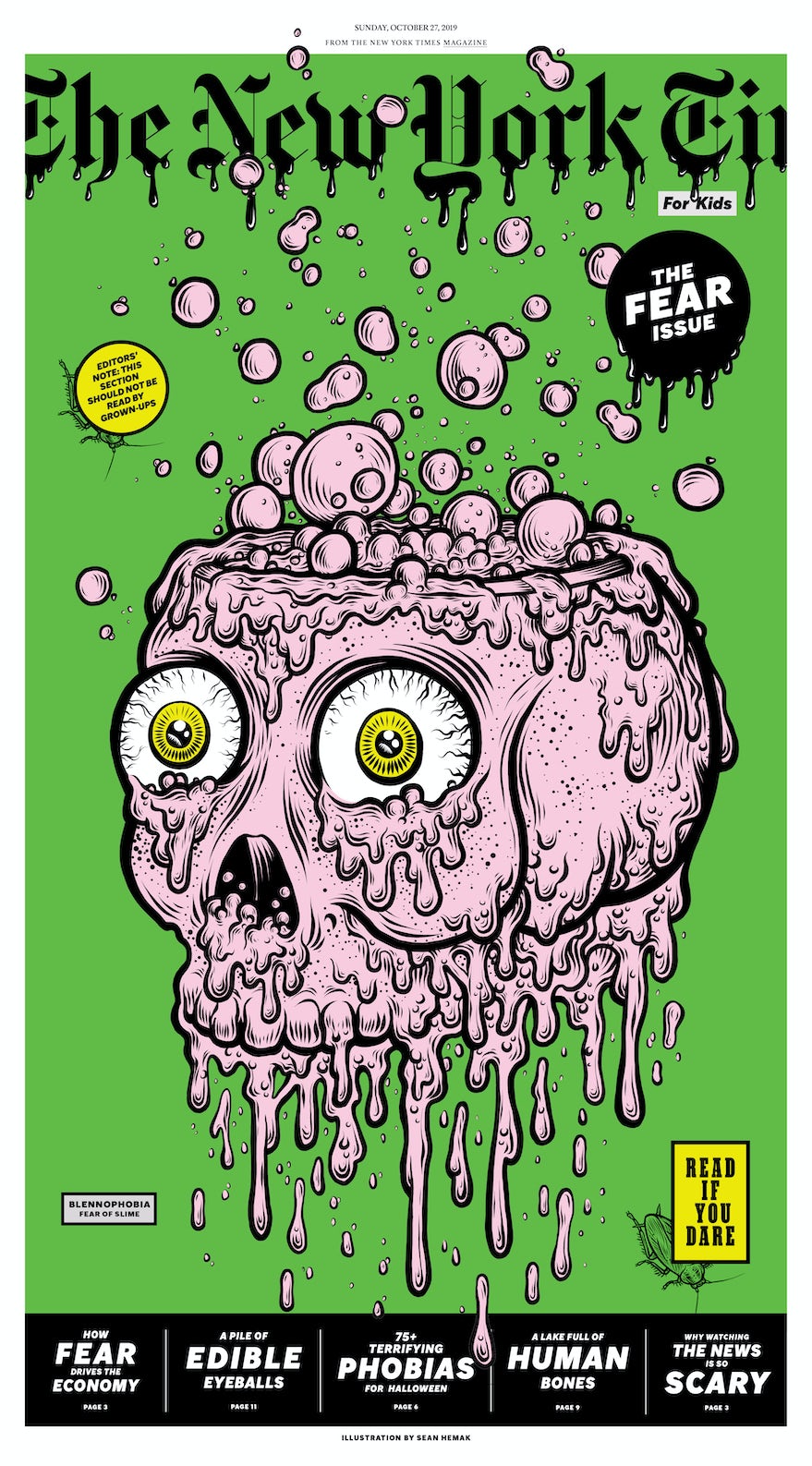