Since 2016, the Rail Park has been revitalising three miles of unused rail lines into a public space for the residents of Philadelphia. The first phase of the park opened to the public in 2018, with work still ongoing to bring the rest of the development to life.

Smith & Diction has been working on the Rail Park’s branding since its inception, culminating it what the studio describes in a new blog post as “six years of blood, sweat and tears”.

“When we shared our initial branding for this project, the park itself didn’t exist…. This was a park built for everyone, so we wanted to speak to everyone,” the studio adds. The end result was a graphic swing logo that is easily distinguishable no matter what language you speak.

As the Rail Park has evolved over the last six years, so too has Smith & Diction’s approach to the visual identity. When it started out, for instance, the main brand font ended up being Google typeface Montserrat due to budget constraints. As the organisation found its financial footing, the studio decided to introduce bolder typefaces such as Mongoose & Armin. 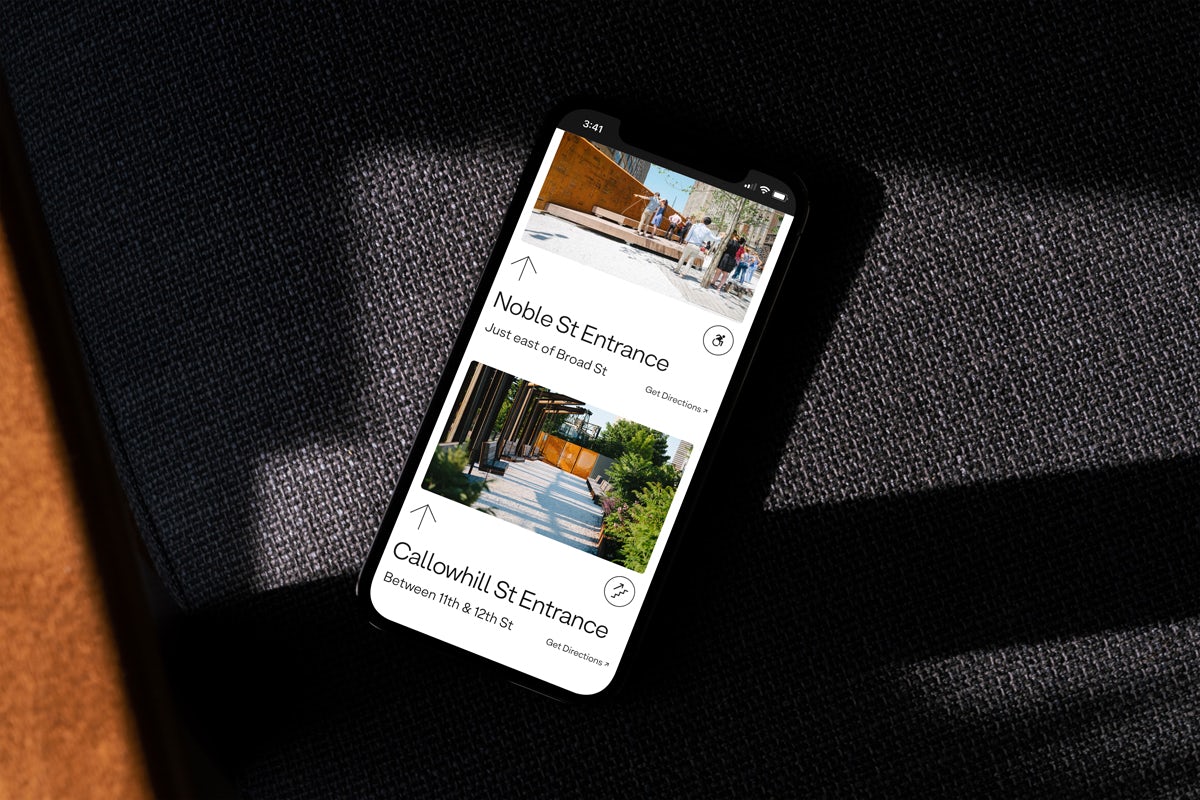 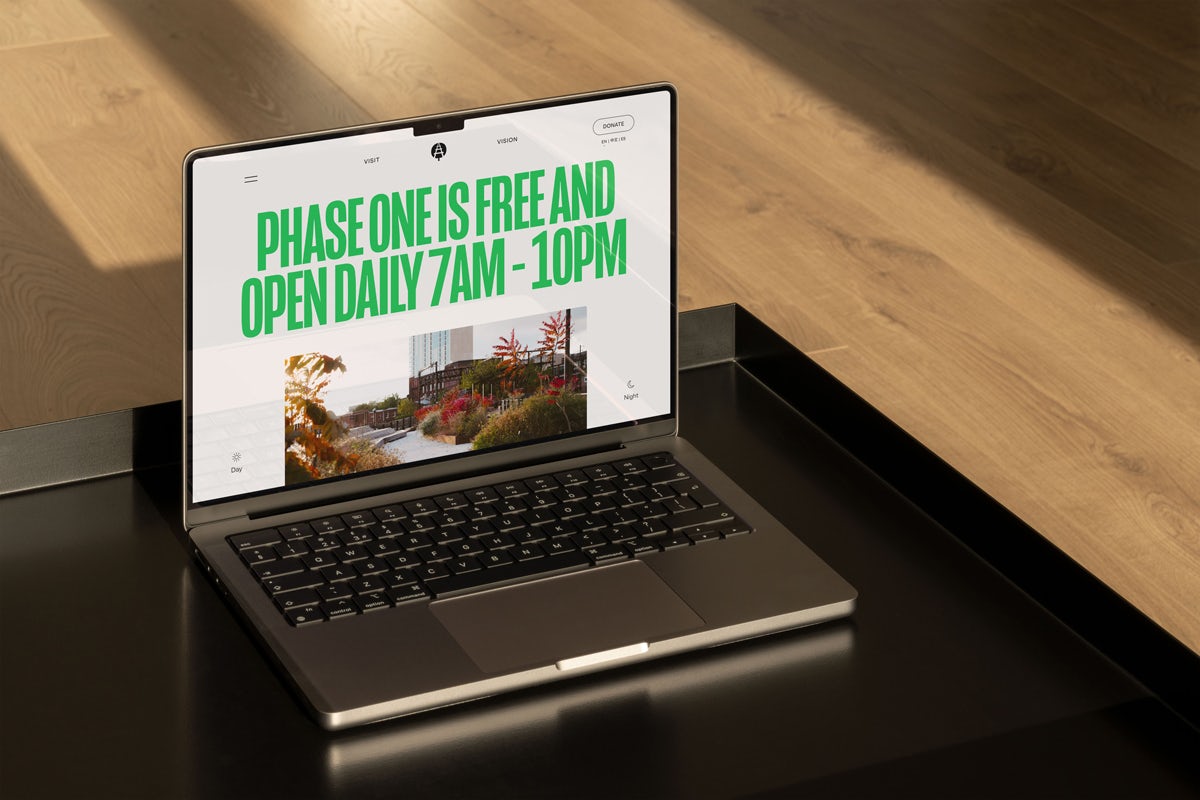 Having designed everything from postcards to annual reports for the non-profit over the years, the studio’s latest project is a redesign of its website – a job it had passed on originally in 2016 but felt was necessary to rethink in the wake of the pandemic.

“Since the park had to put events on hold and sort of went into a forced hibernation, everyone agreed this was the perfect time to take a look at what a new website might look like,” says the studio.

The site redesign was led by the studio’s co-founder Mike Smith and freelance developer Ryan Johnson. Smith also brought in a number of other friends and collaborators including Justin Lawes, who designed the spinning Rail Park donate coin, and Mary Kate McDevitt, who did the illustrations on the membership page.

“We wanted interacting with this site to feel like a treat. Like you found a special little slice of the internet. Just like when you roll up to the first phase of the park, if you blink you’ll miss it. But if you explore a little bit more, you’ll be happy that you did,” says the studio. 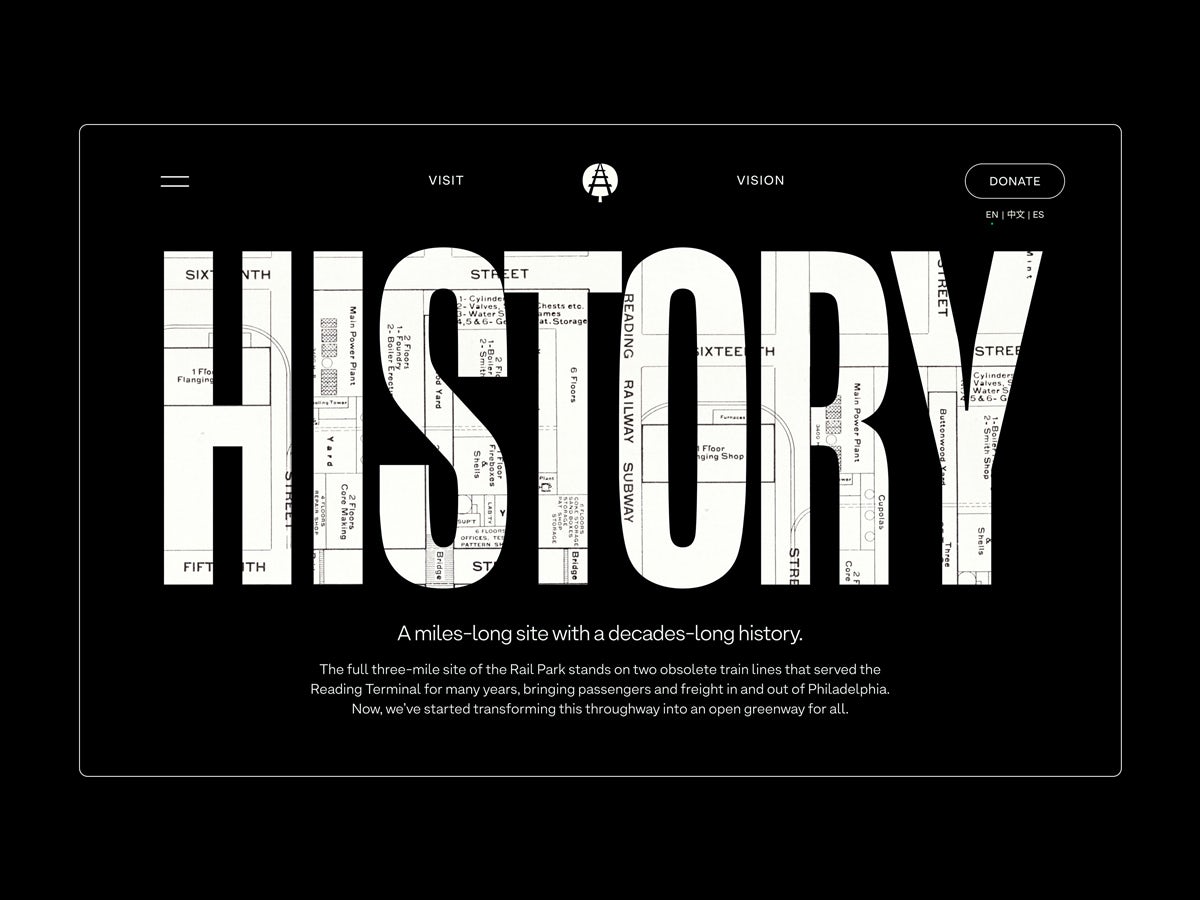 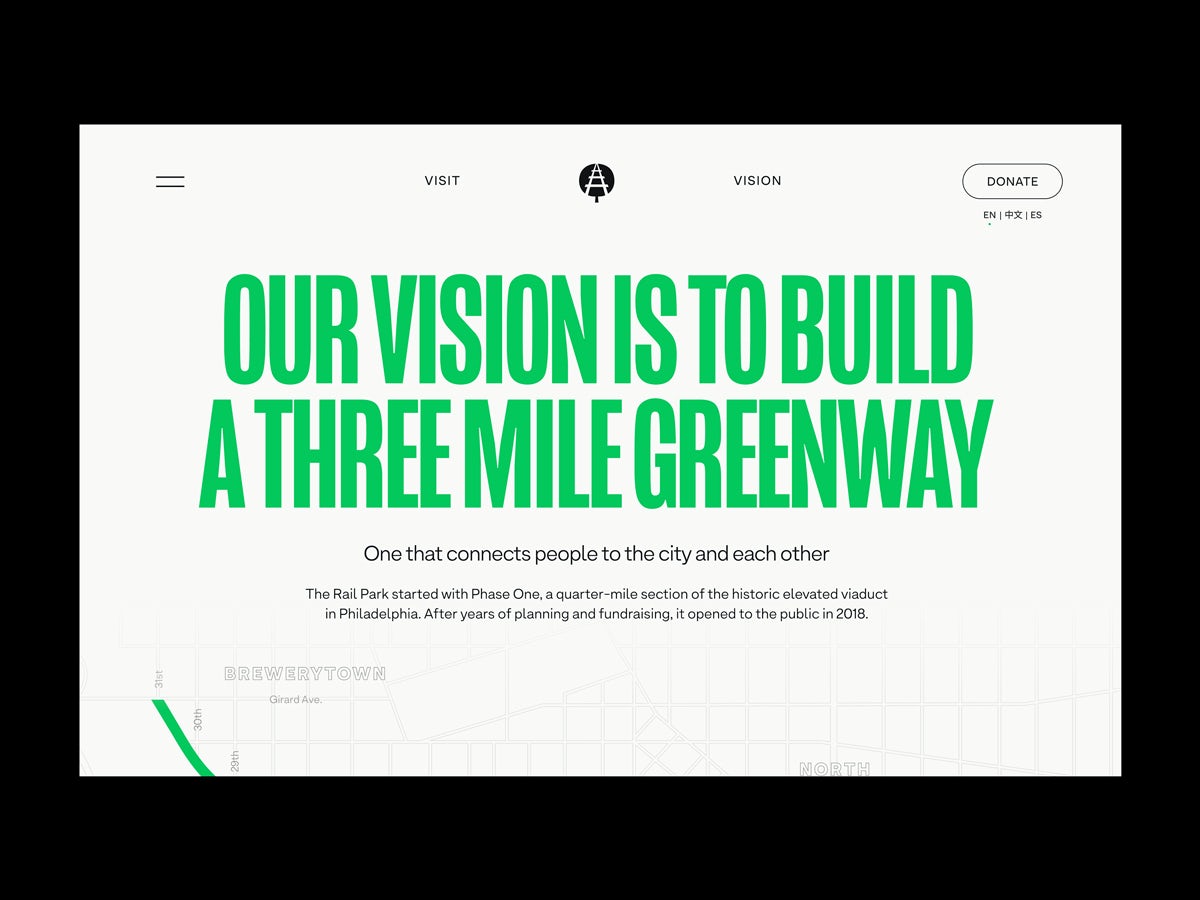 Both ease of use and communicating the Rail Park’s vision were fundamental to the redesign. “Instead of loading the nav up with all kinds of links: About, Shop, Events, FAQs … we eliminated everything and just kept the absolute basics: Visit, Vision, Donate. Nothing else,” says the studio.

In order to make the site more accessible for everyone who wants to visit the park, the team built it to be fully translated into Mandarin and Spanish, the languages which are most prevalent in the park’s surrounding neighbourhoods.

A simple overall approach to the redesign is balanced out by a few quietly surprising moments for visitors to interact with – from cloud visuals that subtly move behind a plant on the donate section to a hover state on images that reveals videos to give a better snapshot of the park.