In 2020, more than 25 million new dollar coins – one for every single Australian – were minted and sent out into the world. But rather than spending their days jingling in pockets and wallets, or being handed over in shops, these coins were instead designed to be donated.

The Donation Dollar campaign, by Saatchi & Saatchi Australia and the Royal Australian Mint, is a response to our dwindling reliance on physical currency, which has been overtaken by contactless payment and online shopping. It’s left those who often rely on coin donation, such as charities or homeless people, at a disadvantage. 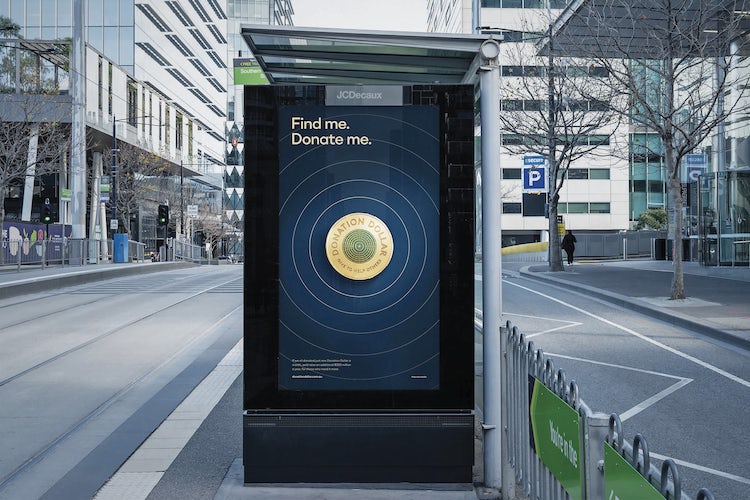 “We had this idea for a campaign around the importance of giving,” explains the agency’s senior creative/writer Adam Ferrie. “What if we could flip it so the currency in people’s hands was the call to action? We could convince them that the coin doesn’t belong to them, it belongs to someone in need. That was the start of the idea.

“Apart from having holograms in the notes, currency hasn’t been altered to communicate a message other than commemorating a known person or moment in time,” he adds. “We thought it could be a new driver of change.”

The physicality of the coin was an important element, says Ferrie, explaining that research showed that digital donations remove the moment of personal, tactile connection people feel when handing over a coin. 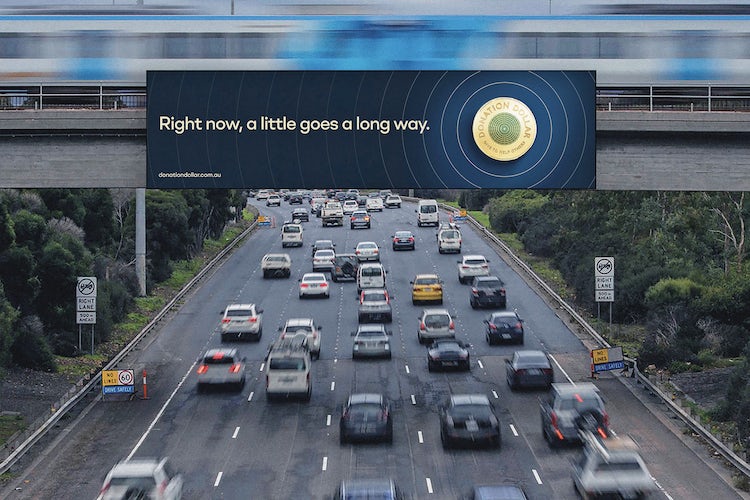 While designing a coin isn’t quite as complex as paper money, Saatchi & Saatchi Australia faced some challenges when it came to creating the Donation Dollar. Ferrie mentions Gresham’s Law – the idea that people spend ‘bad’ money over good – as one hurdle, meaning their freshly minted coin couldn’t look too shiny and appealing. “It’s a psychological thing,” explains senior creative/art director Peter Cvetkovski, who also worked on the campaign. “If a coin looks more expensive, you’ll keep that and spend the beat up coin. So we couldn’t make it look like a token, or have a design that was so intricate people wanted to keep it.”

The team was also limited in how much detail they were able to add, which constrained them to a simple design that ensured every part of the coin was relevant and communicated the message. They were able to be a little more playful with the rippled green centre of the dollar, which wears down more and more as the coin is passed on to reveal the gold underneath. 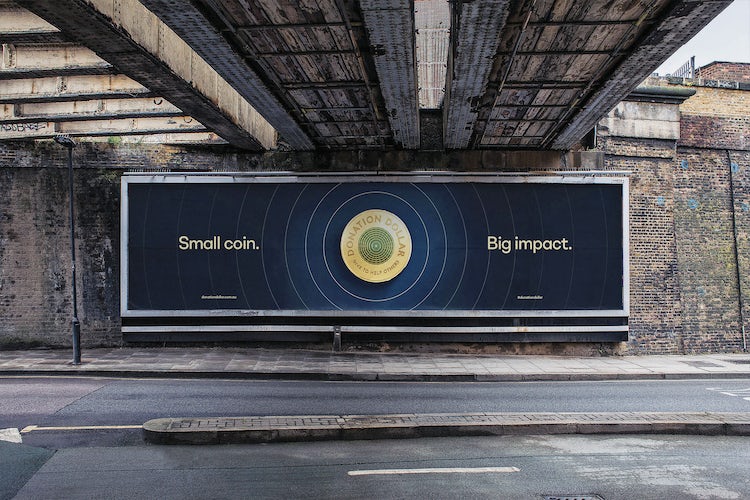 The Donation Dollar provoked a hugely positive response in Australian and international press, as well as from the general public. Within the first two months, 52% of the coins had been donated to charity and then recirculated back through the system so they can continue to be given away.

On average, Australian dollars remain in circulation for 30 years, meaning the coins still have plenty of work to do over the coming decades. “We created an idea that’s a positive, gentle reminder that there’s someone in need who can benefit from this coin,” says Ferrie. “All those one-dollar donations adding up can make a big impact.”

And the ‘generosity loop’ – as the pair describe it – has caught the attention of other countries, with Ferrie hinting that similar coins could even pop up in other locations one day. Anyone for the Pay it Forward pound?