The Donation Dollar is the brainchild of Saatchi & Saatchi Melbourne, and at a time when charities are particularly struggling for donations in the pandemic, it is an innovative way to provide a gentle prompt for Australians to regularly give to charity.

Over time, the Royal Australian Mint plans to produce one Donation Dollar for each Australian, meaning that eventually millions of the coins will be in circulation. As legal tender, they can of course be spent on anything in the usual way, but the hope is that they will create “a loop of generosity” by inspiring people to donate. After all, if every Australian gave just one Donation Dollar a month, an additional $3 billion could be raised for charity over ten years. 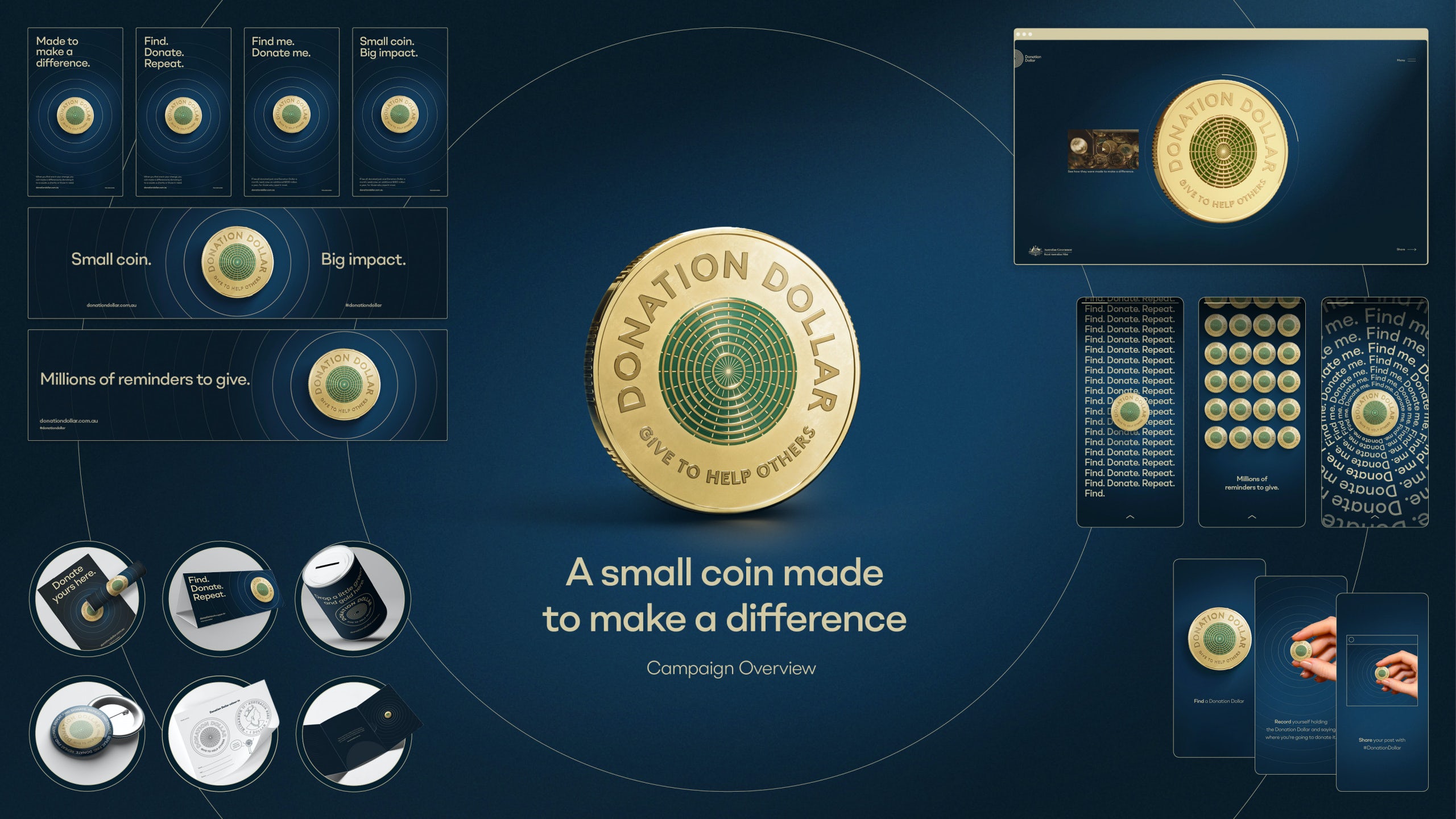 The project, which launched on September 5, International Charity Day, has the full endorsement and support of the Community Council of Australia (CCA) – a collective of over 50,000 charity organisations.

“This is a world-first initiative that everyone at the Mint is very proud of,” says Mark Cartwright, Royal Australian Mint executive general manager – marketing, sales & innovation. “For over two years we have worked closely with our friends at Saatchi & Saatchi Melbourne to construct an approach that can make an extraordinary difference to Australians.

“We do hope that the Donation Dollars act as a gentle reminder that as individuals we have the power to help those that are doing it tough – the act of giving these dollars, multiplied over and over for many years, has the potential to make a significant contribution to the lives of many.”

More information on the Donation Dollar can be found at donationdollar.com.au