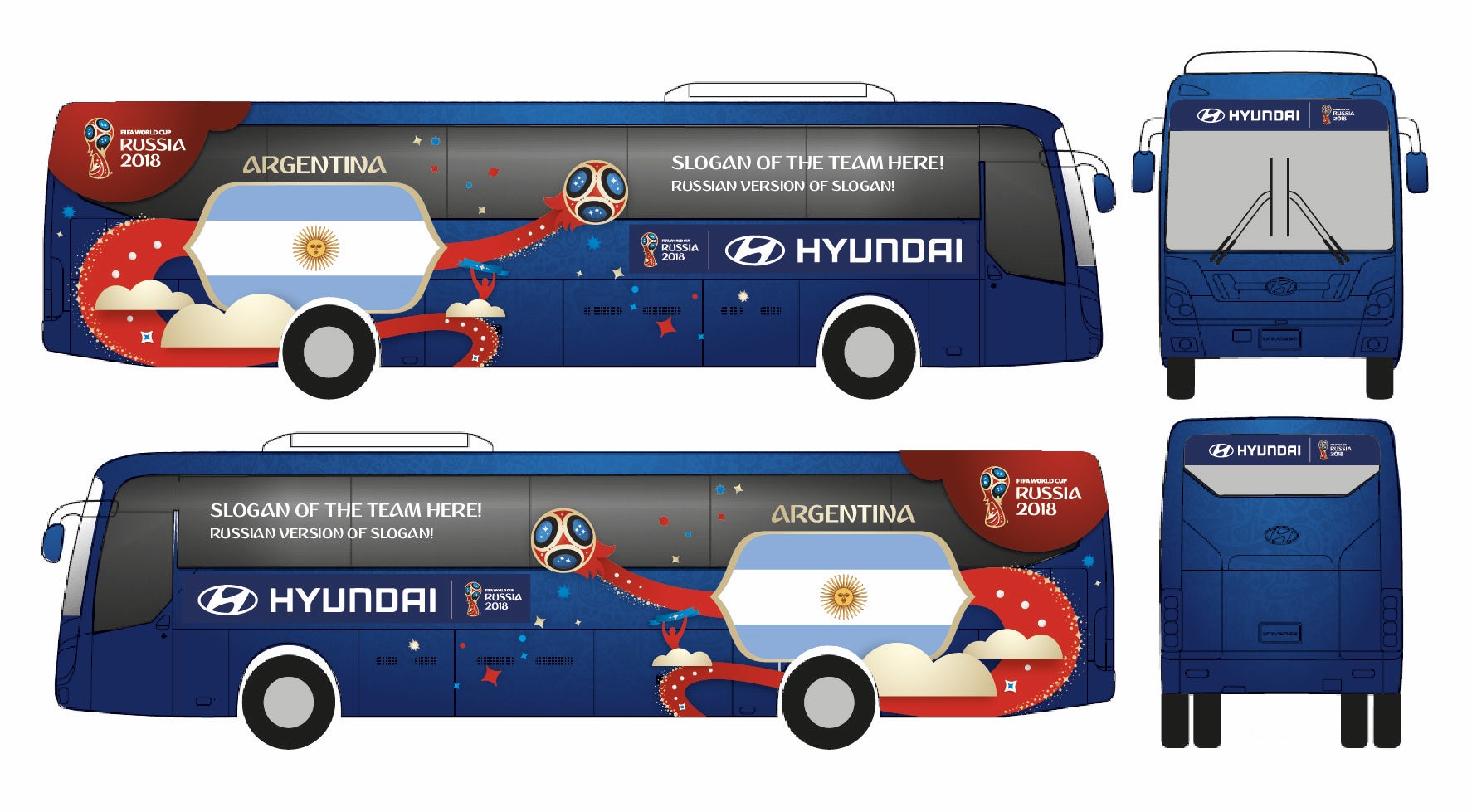 It’s nearly World Cup time again and Fifa/Hyundai have announced the winners of their Be There With Hyundai competition to come up with national slogans to appear on each team bus.

Four years ago, I ranked all the slogans, with a clear winner emerging. Ivory Coast’s Elephants Charging Towards Brazil! set a new benchmark for slogans generally – only four words, but somehow combining the national animal (elephants) with the host country (Brazil), linked by an exciting verb (charging), and all adding up to one epic visual image. It’s an outstanding slogan.

Let’s see how this year’s match up. (The names in brackets are the members of the public who contributed each slogan.)