Founded in 2016 by KesselsKramer creative director Max Siedentopf and art director Yuki Kappes, Ordinary magazine was born from a “stupid thought in the shower that we’re surrounded by so many amazing objects in our daily life which all go unnoticed”, says Siedentopf.

Since then, the quarterly fine art mag has tried to shine a light on these objects, and its premise has remained surprisingly simple: a group of artists from around the world are sent an ordinary item in order to reinterpret it as something ‘extra-ordinary’. 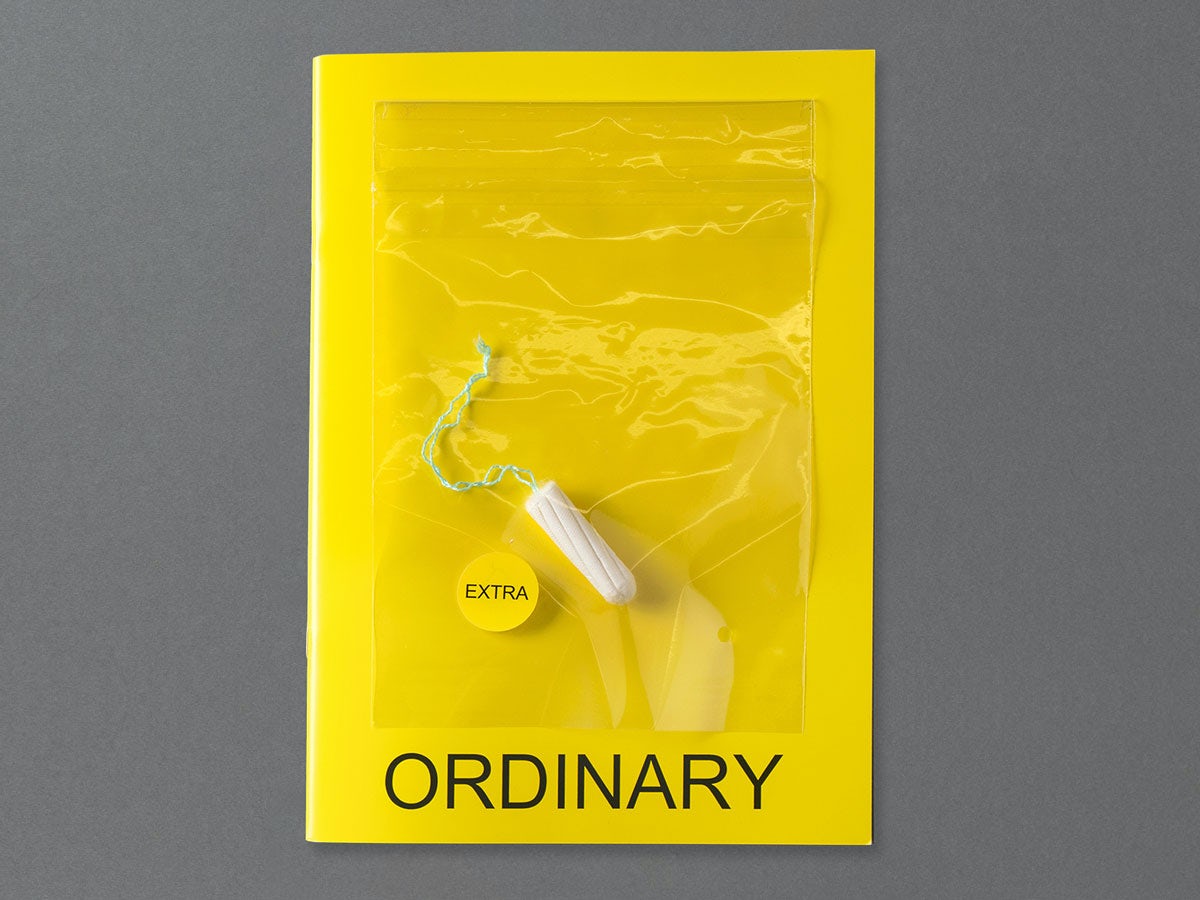 While previous issues have paid tribute to clothing items such as the sock, the humble washing up sponge and even the air that we breathe, issue nine is an ode to an arguably more politically charged object: the tampon.

The feminine hygiene product is ordinary enough as far as objects go, regularly used by roughly half of the population during their periods. But it is also still considered as a taboo subject in many countries, and has been a hotly-discussed topic in recent years thanks to the controversy surrounding the tampon tax and groundbreaking campaigns such as Libresse’s Blood Normal spot.

“It’s the ninth issue and object, and we thought it’s time to make it about an object that is completely underrepresented in our visual culture and daily lives,” says Siedentopf. “Most tampon photos you see are very boring and all look more or less the same, so we were very curious to see how far we can push it.”

As for what we can expect from Ordinary in issues to come? “[We’ll] keep on keeping it ordinary”, says Siedentopf.