Best known for providing the dystopian backdrop to Stanley Kubrick’s cult film A Clockwork Orange, Thamesmead has witnessed much change since it began life as a post-war experiment five decades ago. Spearheaded by London County Council in the 60s, it was built on top of Erith marshes in South London in an attempt to help tackle the city’s housing shortage.

Thamesmead has remained an area of great interest for the design world ever since, thanks to its experimental concrete modern terraces and elevated walkways built around a system of lakes and canals.

Its reputation among the wider public, however, has been marred since opinion turned against modernist concrete architecture in the 80s and many of the original buildings have fallen into disrepair.

Just over 50 years on, as the area is set to undergo major regeneration led by housing association Peabody, a new book is looking at the continued cultural significance of ‘The Town of Tomorrow’.

“My entry point to Thamesmead – like a lot of people – was seeing a clip of it on A Clockwork Orange. It has a visual language that I’m used to, having grown up in the North East, so it kind of feels normal to me and in a way quite nostalgic,” says designer Peter Chadwick, who edited the book alongside Ben Weaver.

Chadwick’s main aim was to provide a less academic overview than what had been written before. “I didn’t want it to just be an archival book about Thamesmead, I think anybody interested in this subject area has seen a lot of the usual archival images,” he says. “I wanted to create something that would document parts of the area that are now disappearing, capturing its history in a way that I’d never seen before.”

The book is non-chronological, and places mostly unseen archive materials such as original plans, models, postcards, leaflets and newspaper cuttings alongside interviews with local residents, and new photography by Tara Darby.

While Chadwick’s initial decision for doing the book was largely thanks to its experimental architecture, he says that as the project unfolded it became much more about the people of Thamesmead.

“Some of the people I’ve met were relocated from the slums in East London to Thamesmead when it was very much this shining beacon of hope and have lived there for 50 years,” says Chadwick. “Then talking to the teenagers who want to escape from there, it’s been fascinating to get all these very different viewpoints, which we tried to capture through photography in the book. I hope it will show a much more rounded view of Thamesmead.”

The Town of Tomorrow: 50 Years of Thamesmead is published by Here Press and costs £27.50. You can pre-order copies here; taradarby.com 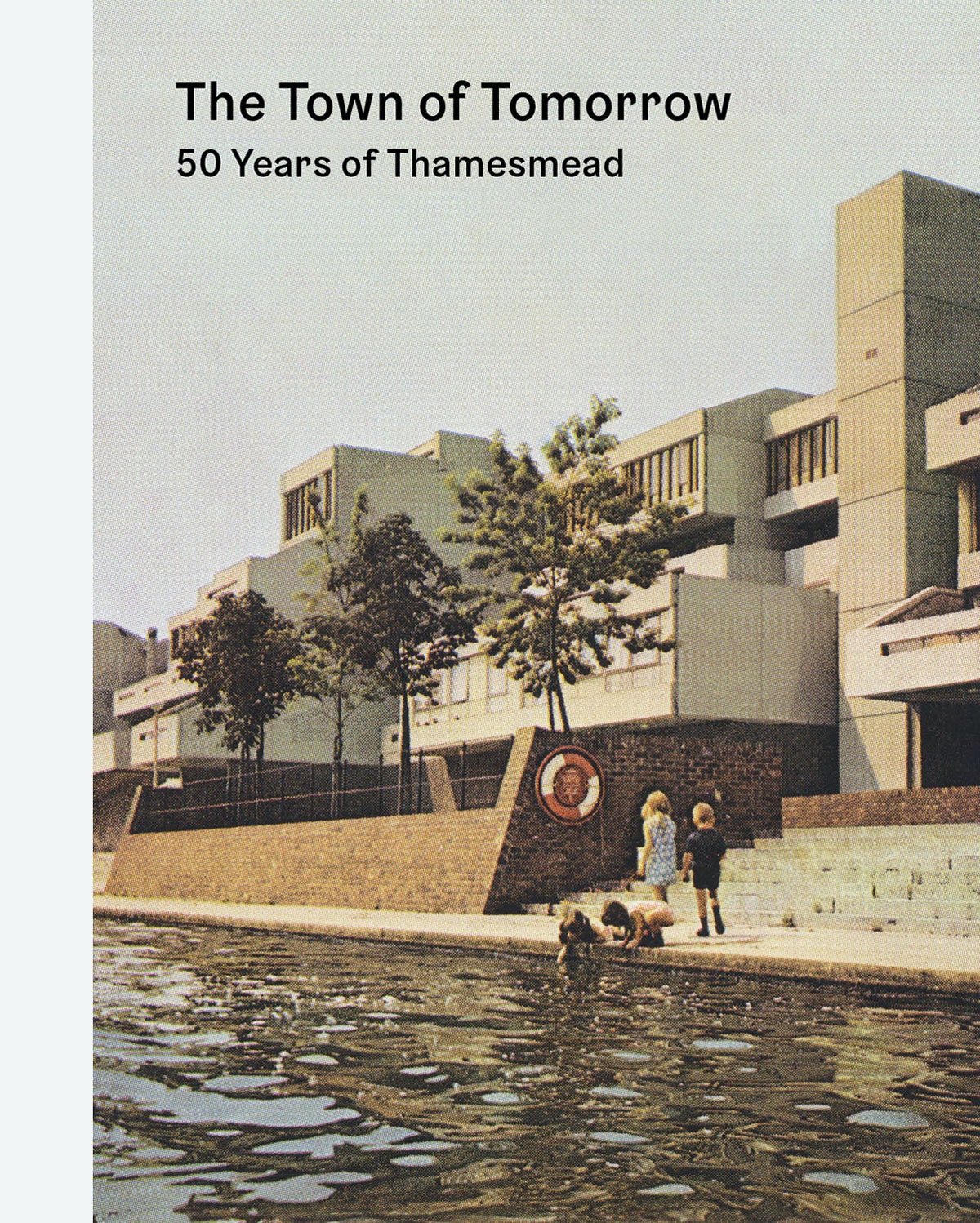