For almost two years, Catherine Hyland has been working on a project in New Malden, a London suburb that’s home to the largest population of North Korean defectors outside of the Korean Peninsula. In The Traces Left Behind, an ongoing series, Hyland hopes to capture a renewed understanding of this community, by documenting the rituals of a broad range of North Korean defectors. “It’s a visual testimony of the traces and rituals they cherish, which shape who they are and how they connect to their cultural heritage,” she says.

Around 600 defectors have settled in New Malden to build a new life, free from the regime. “People defect for political, ­ideological, religious and economic reasons. The brutality of the regime is impossible to ­imagine: starvation, propaganda and ­political pressure and punishments are just some of the extreme problems they face daily,” says ­Hyland. “Many talk of feeling like a stranger in a strange land. The concept of freedom is difficult to comprehend after decades of repression.” 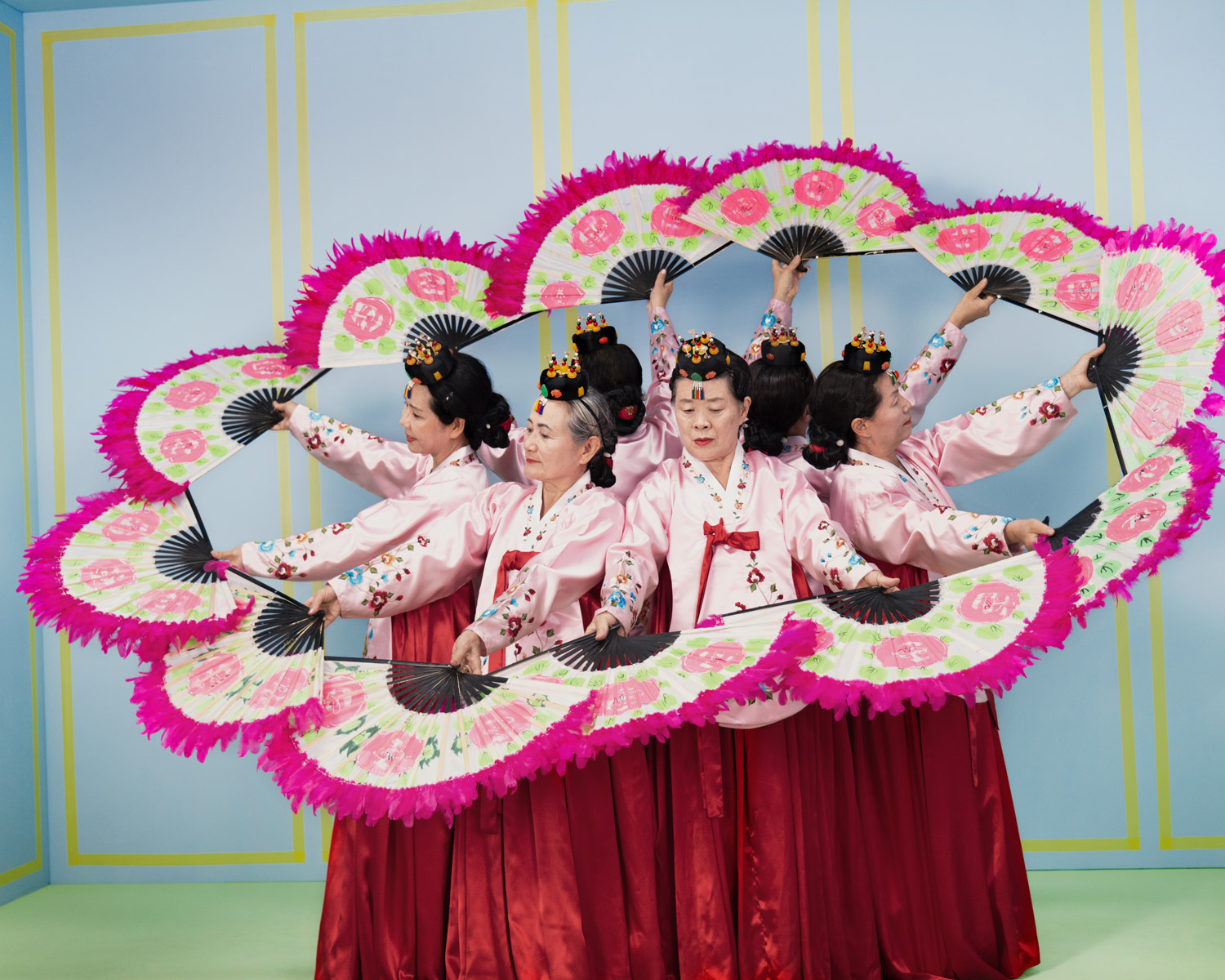 The long-term project takes the form of chapters, and the first focuses on a senior citizen dance troupe and choir. Helped by art director Gem Fletcher, Hyland spent much time learning about the experiences of the community and building trust. Working with a translator was key in creating those relationships and forging new leads. “We connected with the Korean Senior Citizen Society, which is part charity shop and part education centre, running all kinds of lessons to help people in the community,” says Hyland. “There, we met some of the incredible older women who formed the traditional dance troupe and now practise their routines in the back of the shop.”

The dance troupe offers solace and joy for these women, and Hyland conveys this throughout the project. “These people connect through dance. By performing in front of each other they are putting themselves in a vulnerable position, but they are so enthusiastic, and that creates a really positive space,” she says. “Their determination to enjoy their lives and hold on to happiness is apparent in everything they do, and that shows such strength and purpose. It’s really touching.” 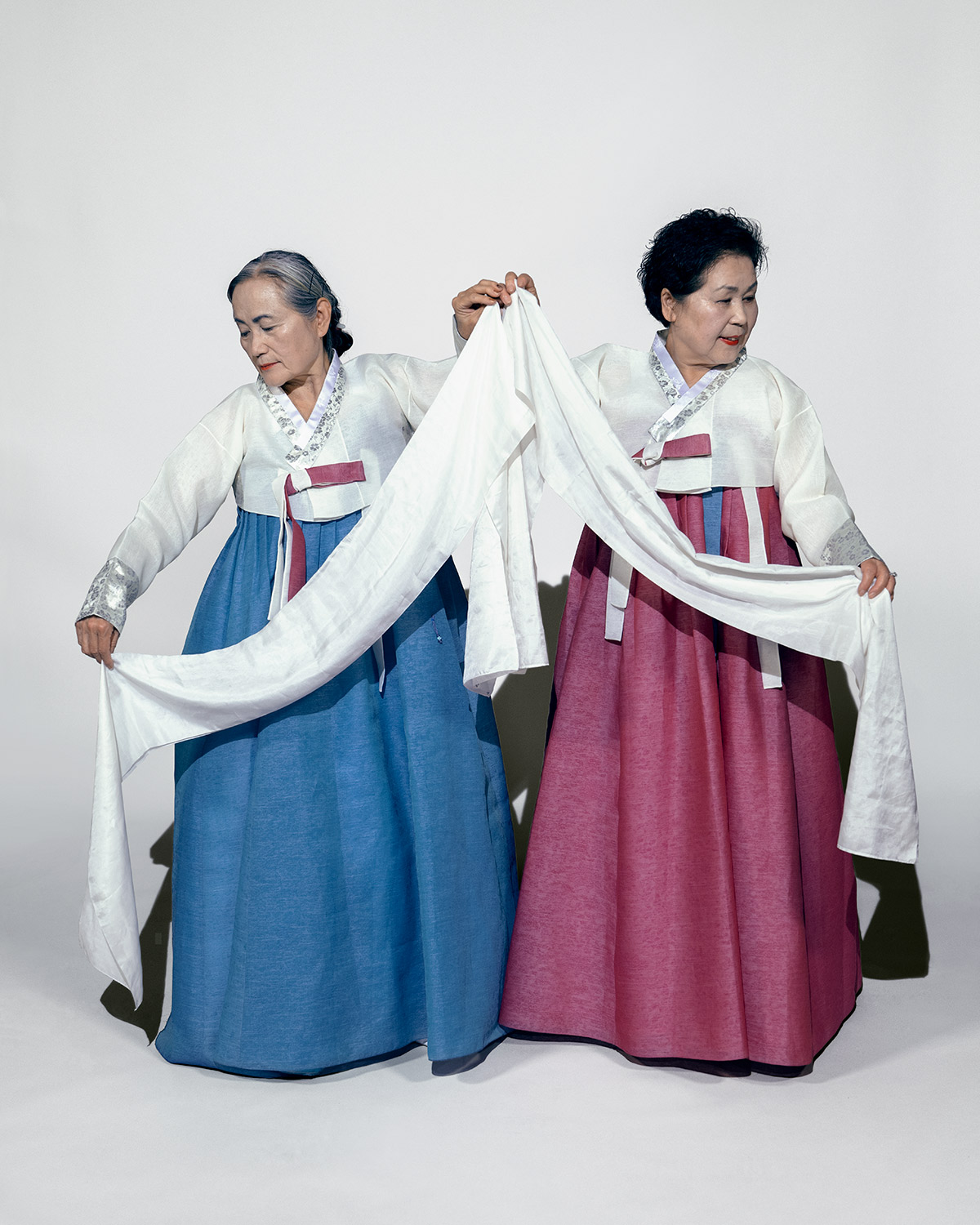 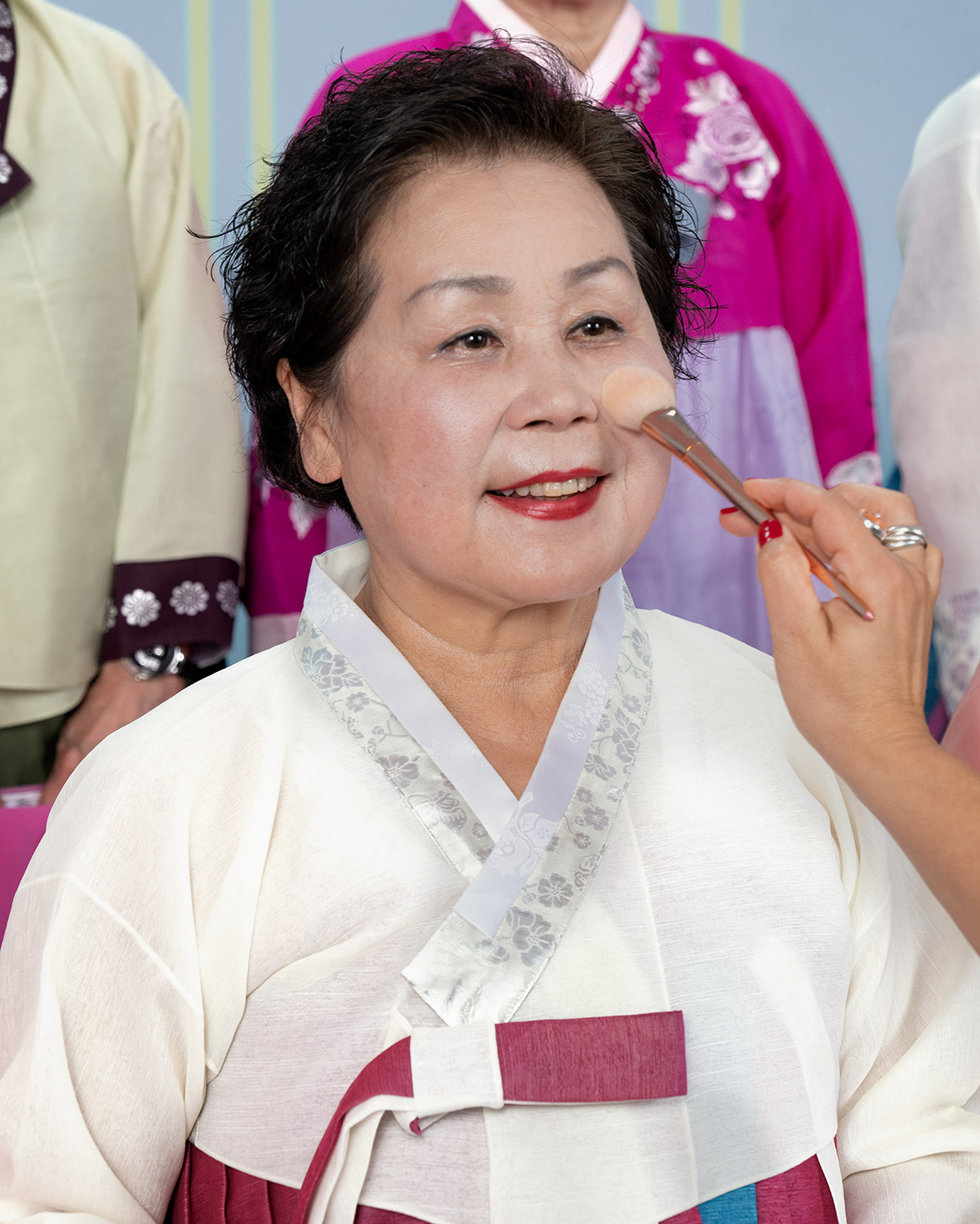 In this chapter of the series, Hyland captures the ­members of the troupe performing in a simple pastel-coloured set. “I was looking at the colours that appear naturally in North ­Korean architecture,” says Hyland. “Oliver Wainwright’s book Inside North Korea was a great resource in terms of studying the colour associated with the regime; these quite sickly pink, blue and green pastels are a recurring theme throughout.”

The result is a set of images that are mesmerising and graceful, and a celebration of rituals. “The aim is to promote acceptance, understanding and camaraderie between the resilient communities that reside in London,” Hyland says of the overarching project. “It is the simple things such as dance and sharing food that have established a democratic setting, whereby everyone is accepted. Here is a safe space for people to express themselves freely, no matter what their background.” 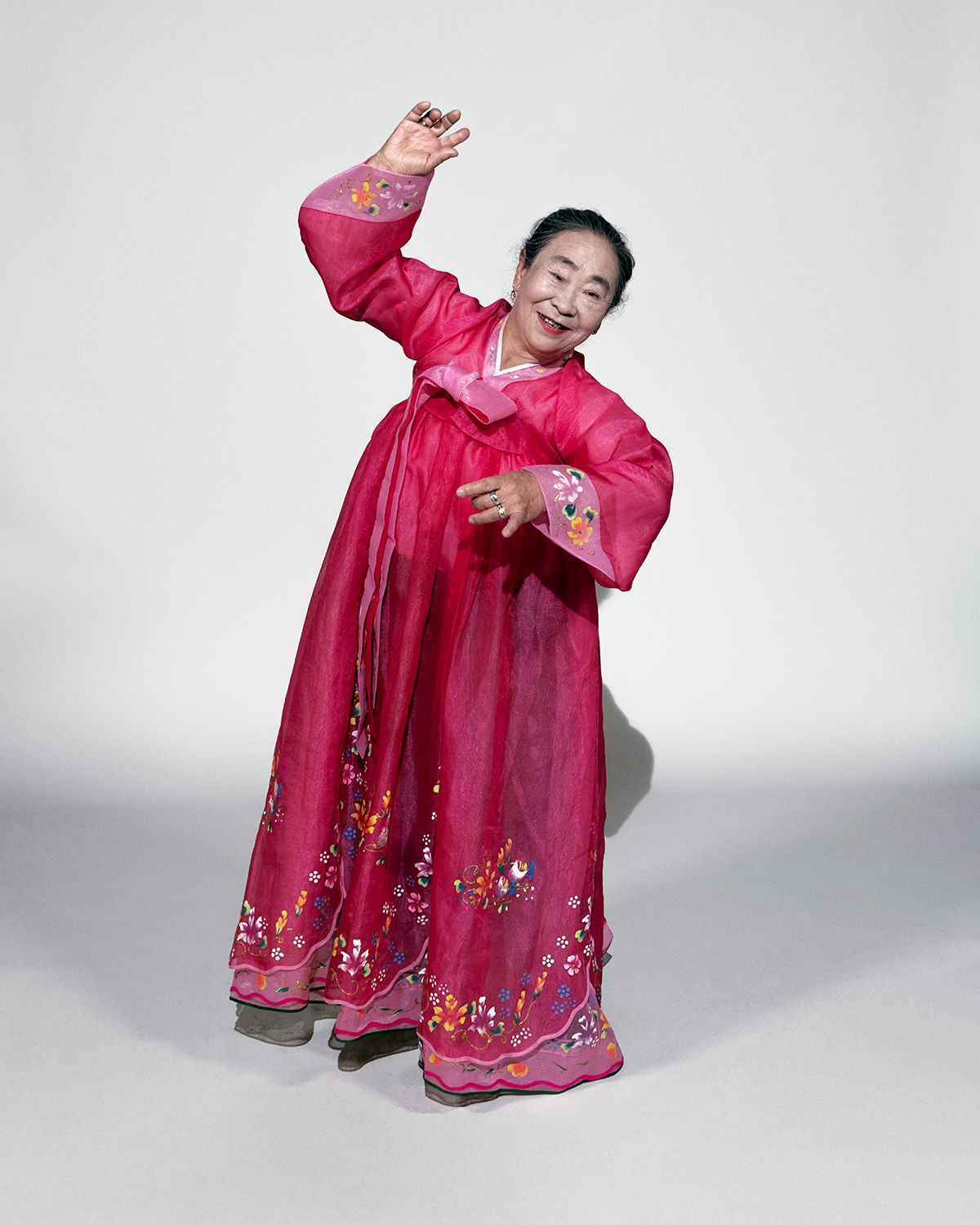 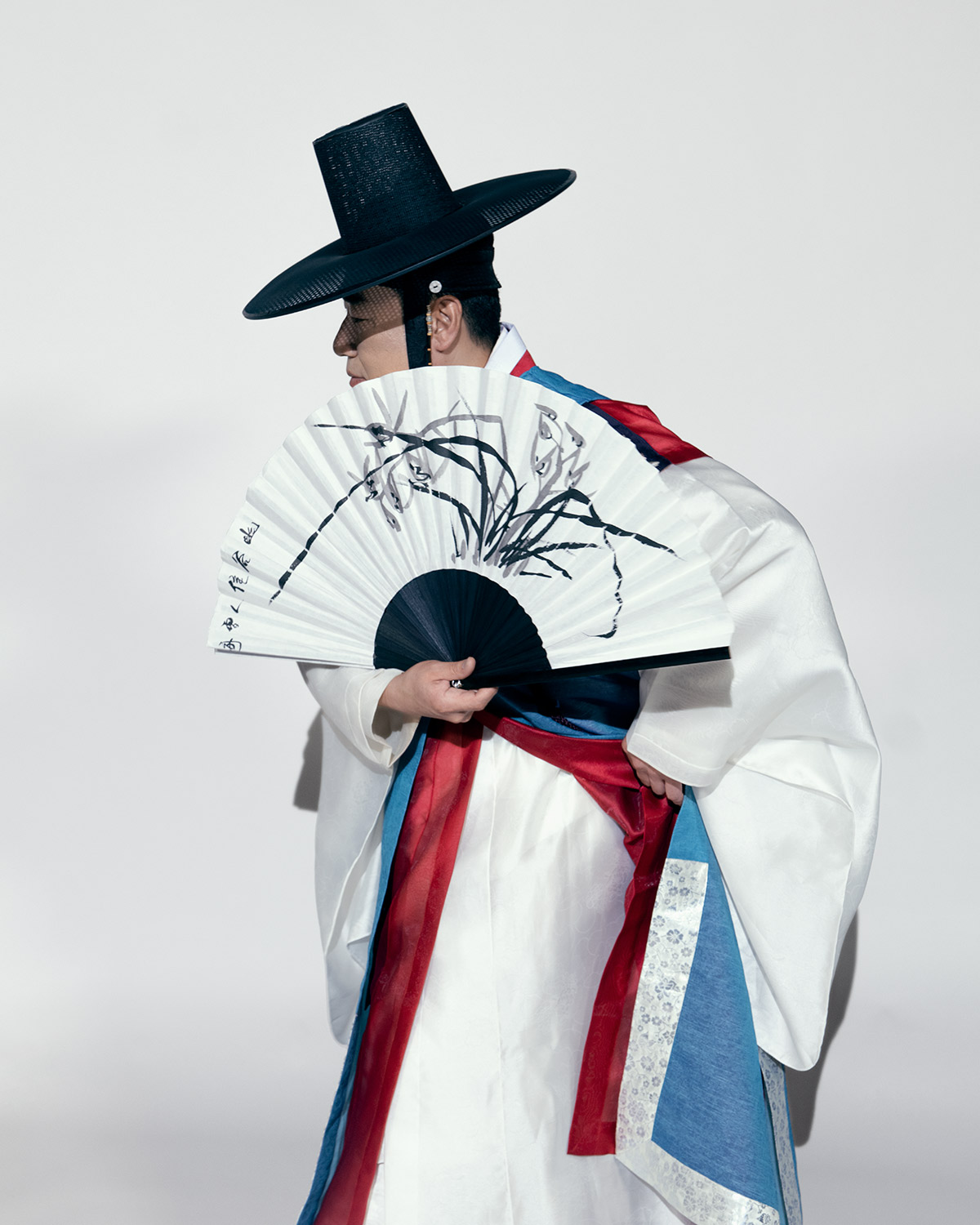