There’s a hell of a lot of life in these images, which capture the bold nightlife of Burkina Faso in West Africa. Shot by Sanlé Sory between 1960 and 1985, the vibrancy of the photographs shines through the moody black and white.

Sanlé Sory’s images have now been gathered into the book Peuple de la Nuit, published by Stanley Barker. By day, Sory worked at the studio he founded, Volta Photo – an artefact of Burkina Faso’s former name, Republique de Haute-Volta, which was changed in 1984 – in which he shot portraits and headshots. 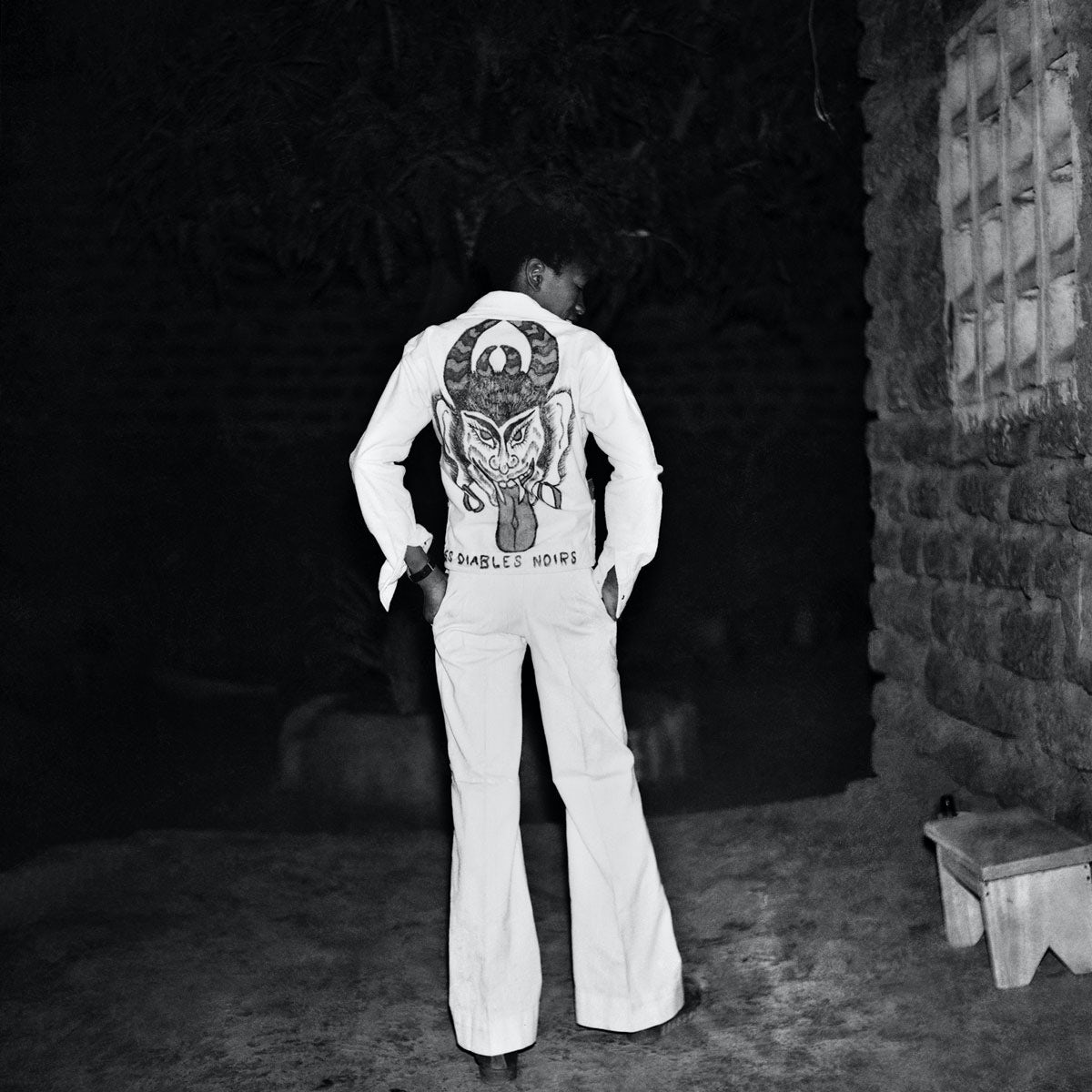 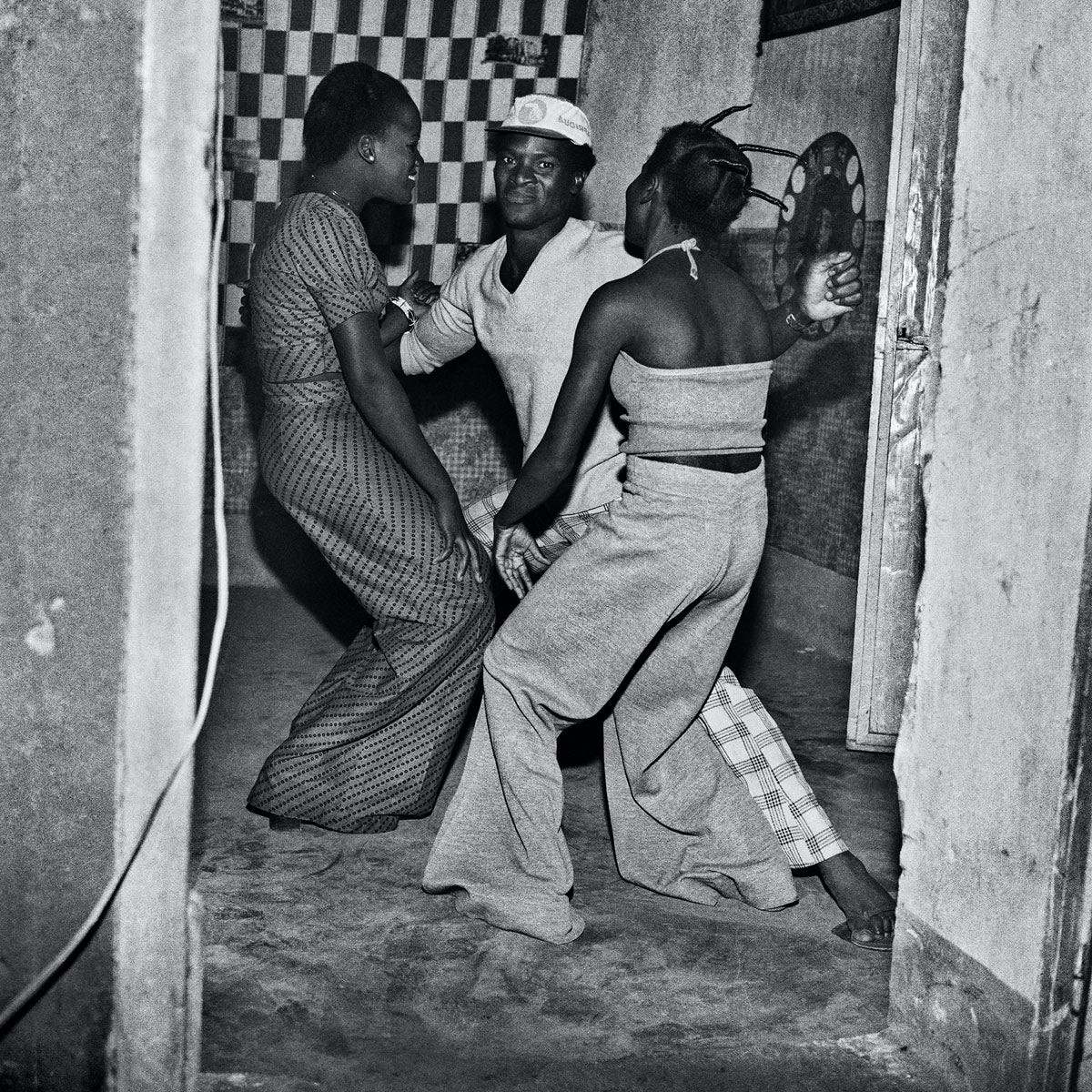 Peuple de la Nuit is devoted to, as the title suggests, nightlife. Most of the images were shot at venues like Volta Dancing, Calebasse d’Or, Normandie or Dafra Bar; which resonated with the country’s blossoming youth culture and music scene of the era. Others were snapped at weddings or smaller dance parties.

When there was no party to shoot, Sory just created his own, packing up his Volta Photo Citroen 2CV van with lights and a home-made sound system to bring readymade Bals Poussière (dustball parties) to the remote villages along the Kou Valley. He was also a mobile entrepreneur: these snaps would be shot as party mementoes, and sold back to their subjects. 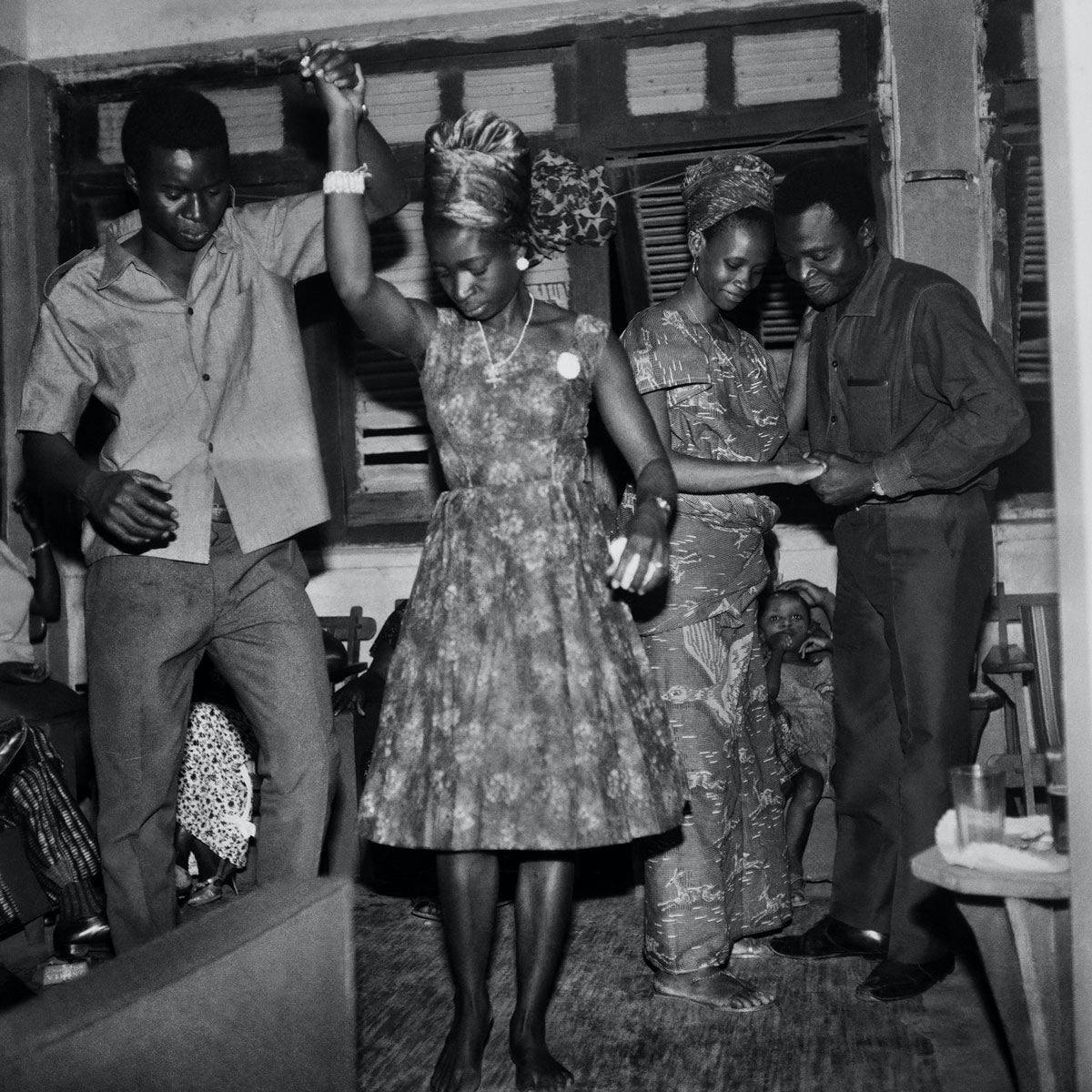 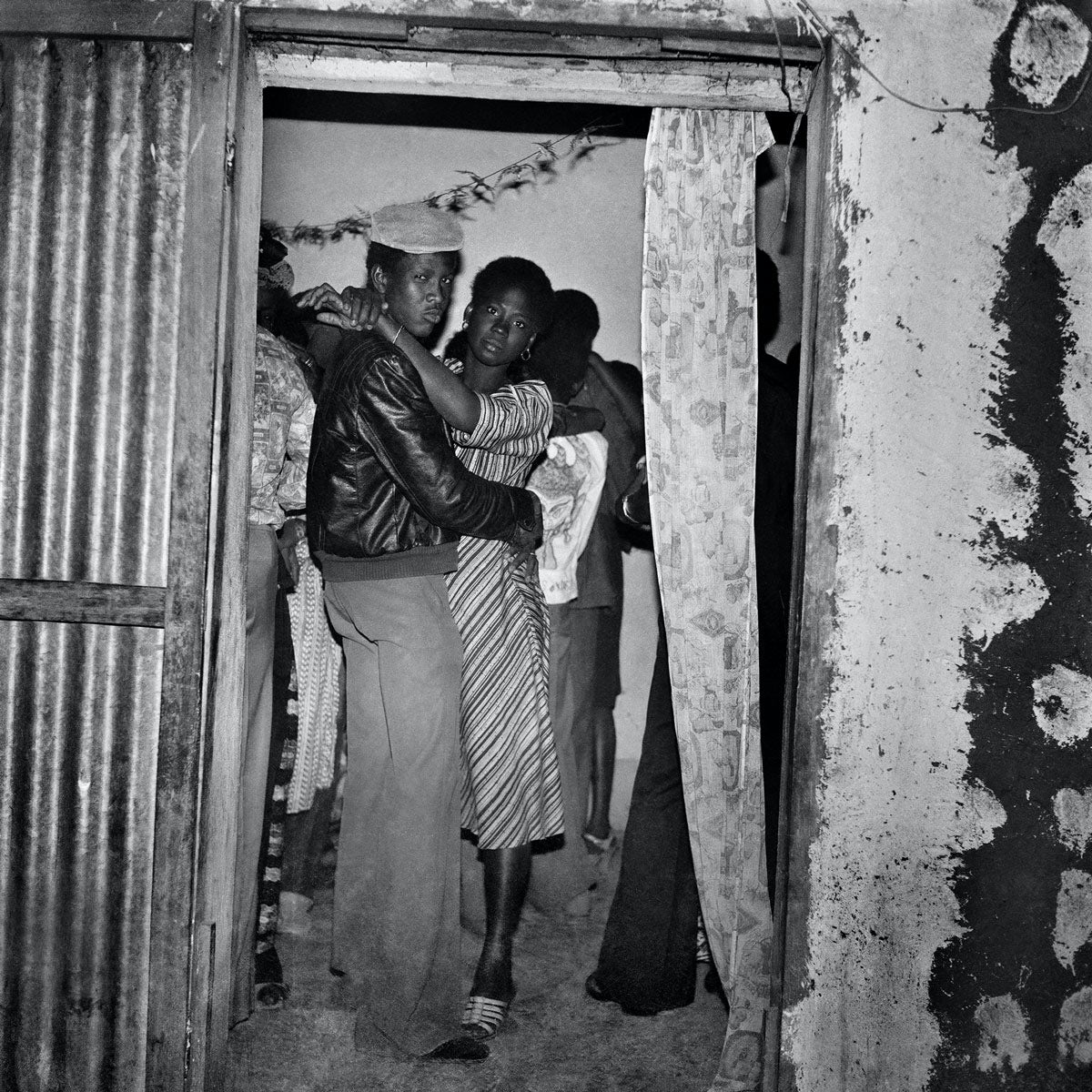 According to Gregory Barker, Stanley Barker co-founder, these parties ran till dawn: when the sun rose, the farmers and herders would simply pull an all-nighter, rolling up to the fields and straight back into tending their crops and cattle. “Life was cheap and everyone could have a ball,” Sory said. “You could always go out and have some fun.”

Sory’s work was discovered by chance by French record producer Florent Mazzoleni, who’d noticed that all the images on the Volta Jazz label records were shot by the same person. He went to Burkina Faso to track down the mysterious photographer, and saw his assistant burning negatives outside the studio. “He had no expectation that the world at large would be interested,” says Barker. “Florent was the one who told him that definitely wasn’t the case.” 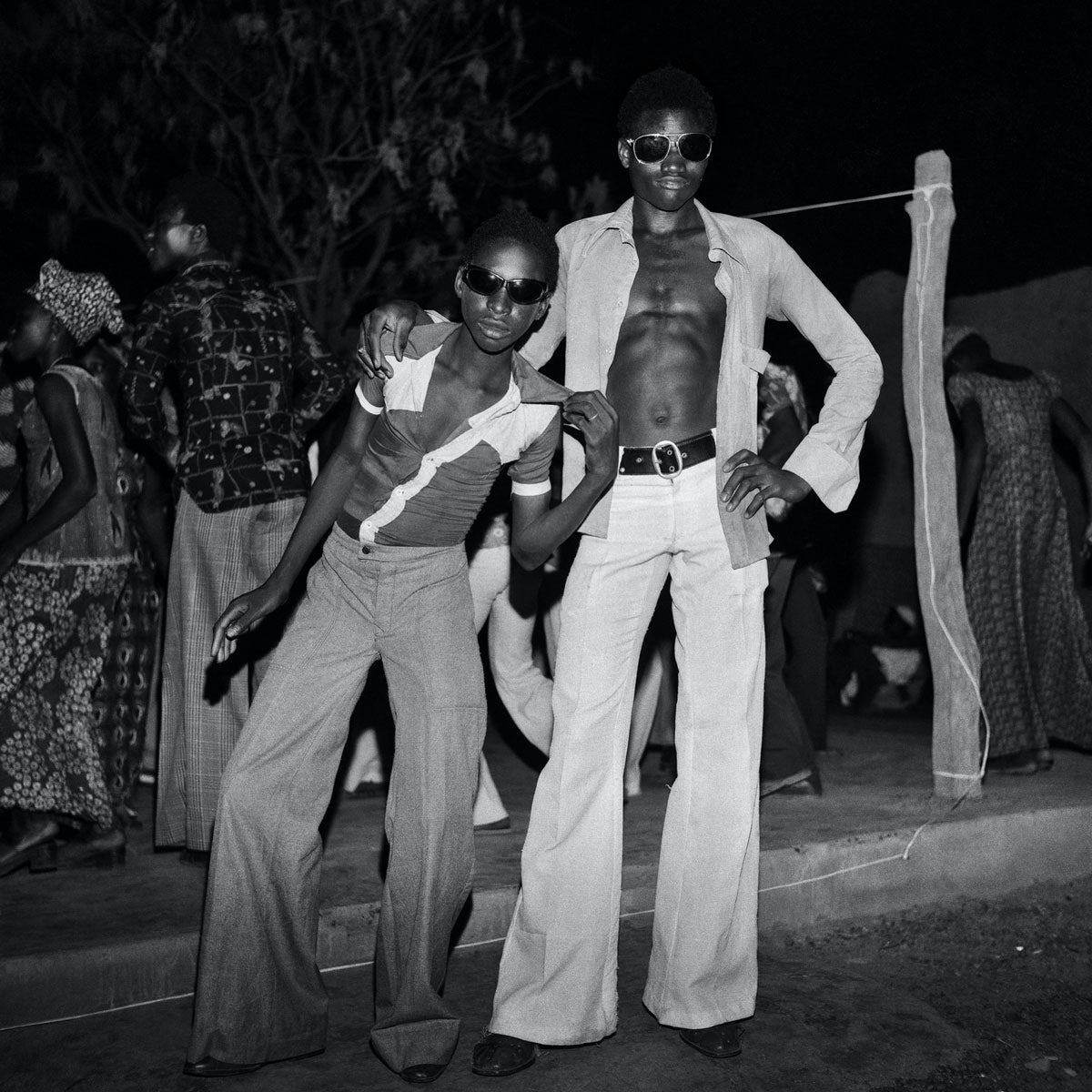 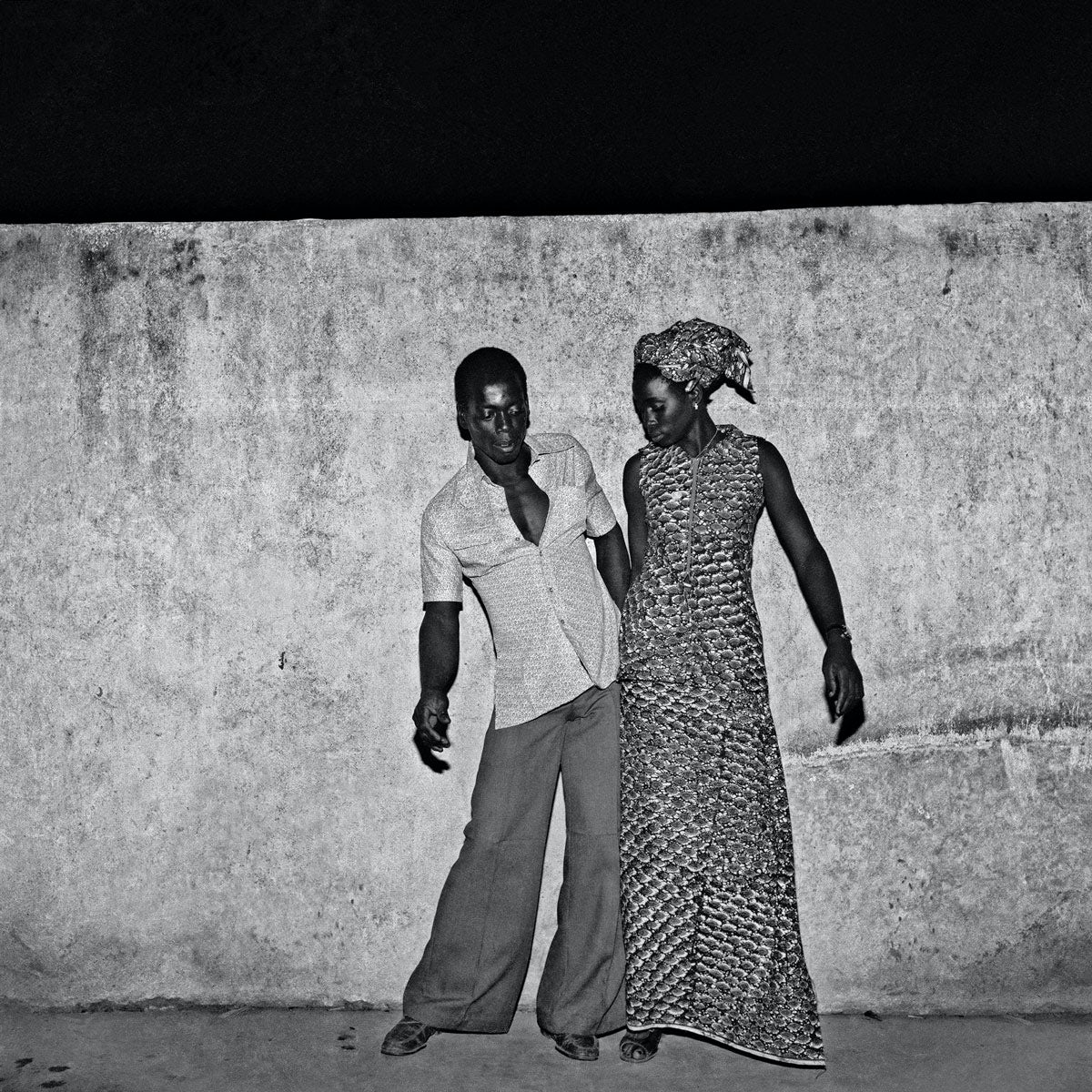 The producer ended up taking bags of negatives home, in varying states—the hot climate of West Africa isn’t entirely conducive to preserving celluloid, and according to Barker, there were even insects dried into the emulsion.

Many of these negatives were for classic African portraits, which were shown in London last year and gathered into an earlier retrospective book of Sory’s work, while among the others were these exuberant party pics. “The school of African portraiture from the 70s is very well known, but this is a different aspect of his body of work, it’s more off the cuff,” says Barker.“I don’t think he was interested in documenting the times, it was more ‘here’s a picture of your night out,’ so people would pose with the idea that they’d then buy that picture.” 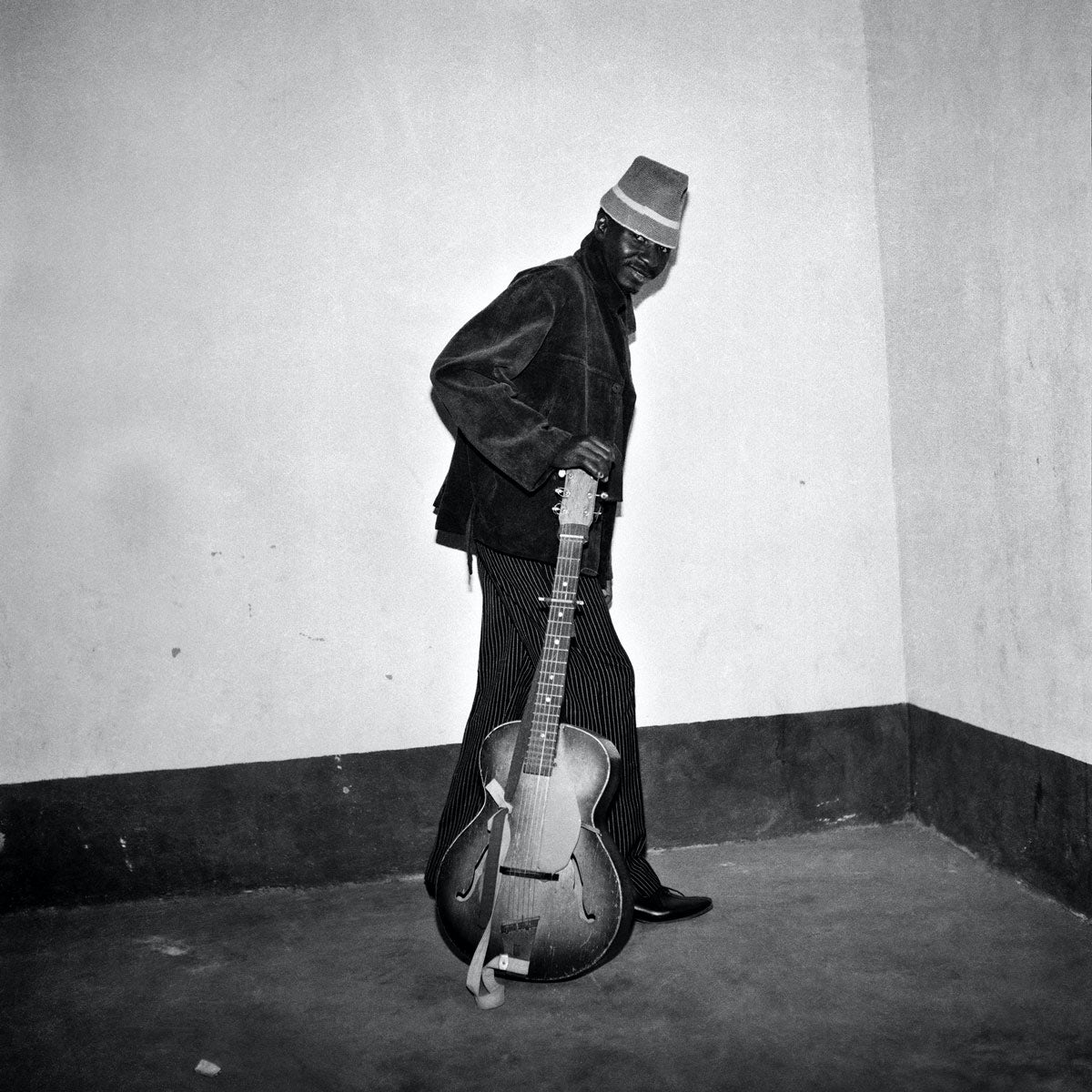 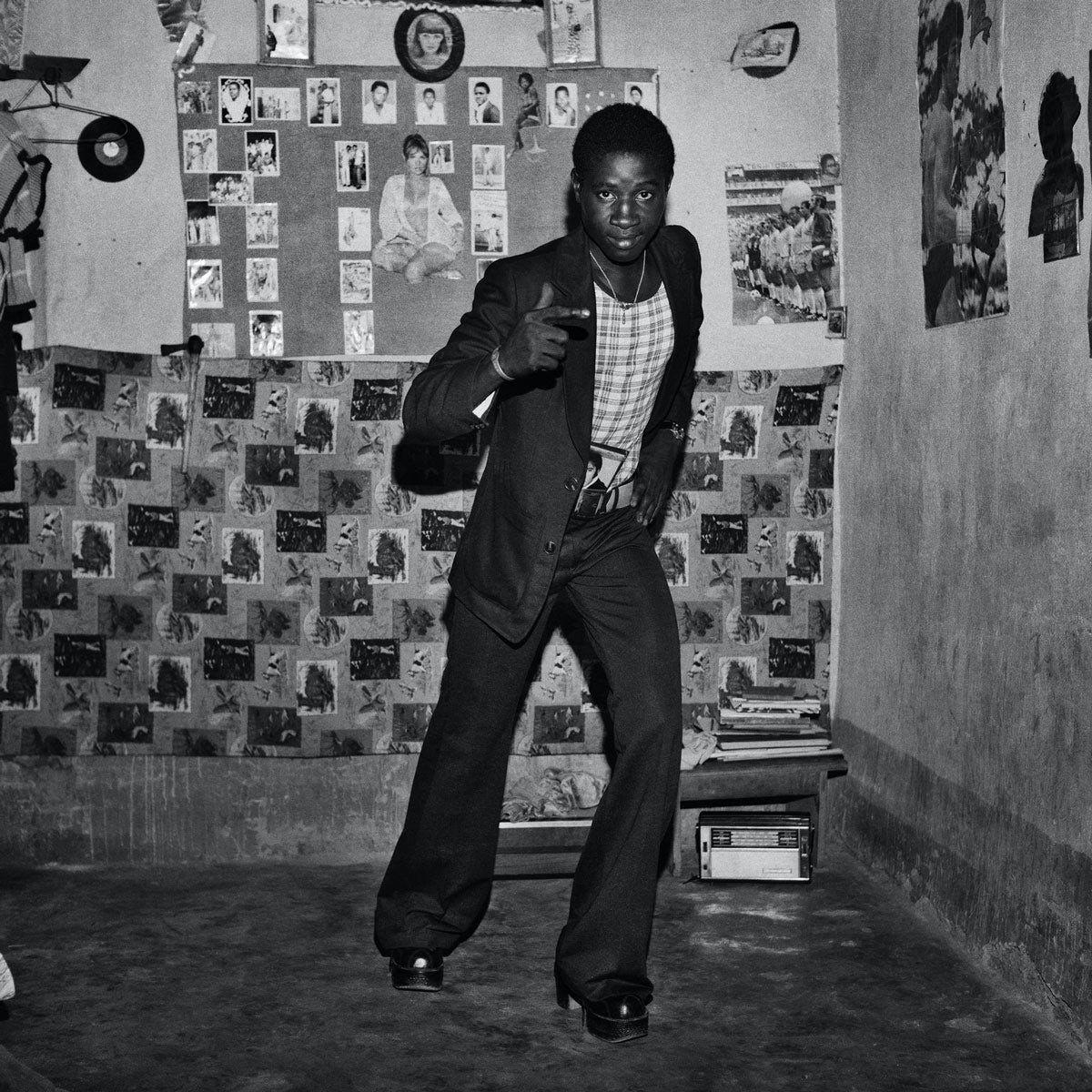 What stands out in these pictures is the sense of fun and abandon: though the pictures are posed, they’re never stilted – each image, like its subject, is imbued with a palpable sense of having a very good time. “There’s just something undeniably cool about them,” says Barker.

Peuple de la Nuit is released to coincide with an exhibition of the same name at David Hill Gallery, London, from 5 April-31 May