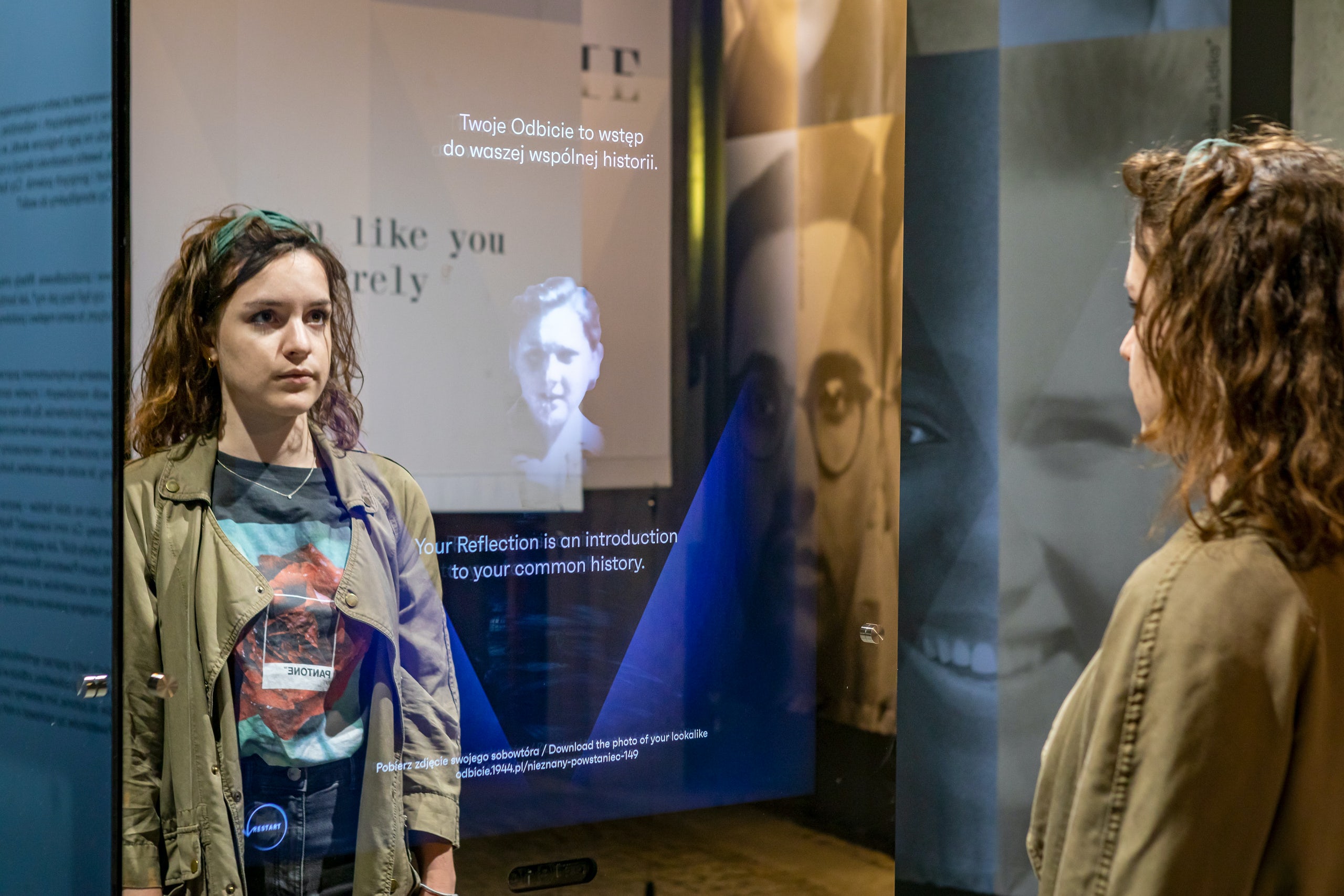 The Warsaw Rising Museum organises an annual exhibition to commemorate the anniversary of the Warsaw Uprising of 1944. Every year, the museum finds innovative ways to present the history of the Warsaw Uprising and pay homage to its heroes. The museum aims to welcome visitors each year with a fresh perspective and installation, and to attract younger generations who are often unaware of Warsaw’s history and the important role it played in the Second World War.

For the 2019 exhibition, which marked the event’s 75th anniversary, the museum introduced an installation centred around  two interactive mirrors. Visitors initially saw their own reflection when looking in the mirrors, while a facial recognition algorithm searched the museum’s database for a historical ‘twin’ – someone who took part in the Warsaw Uprising. Their hero ‘twin’ then appeared in place of their own face on screen, along with their name and biographical information about their life and role in the Uprising.

The installation aimed to encourage visitors to put themselves in the place of these civilian insurgents, and ask themselves how they would act in the same circumstances. Statements from those who participated in the Warsaw Uprising, reflecting on their involvement in the war effort from today’s perspective, were printed on walls and banners throughout the installation. unaware of Warsaw’s history and the important role it played in the Second World War. 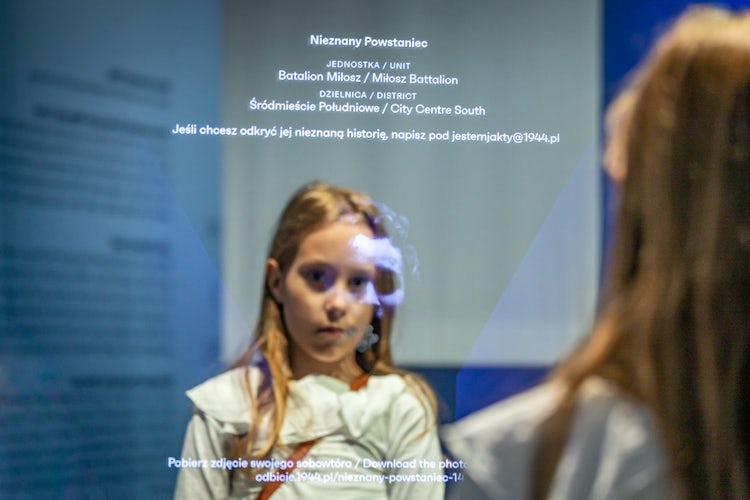 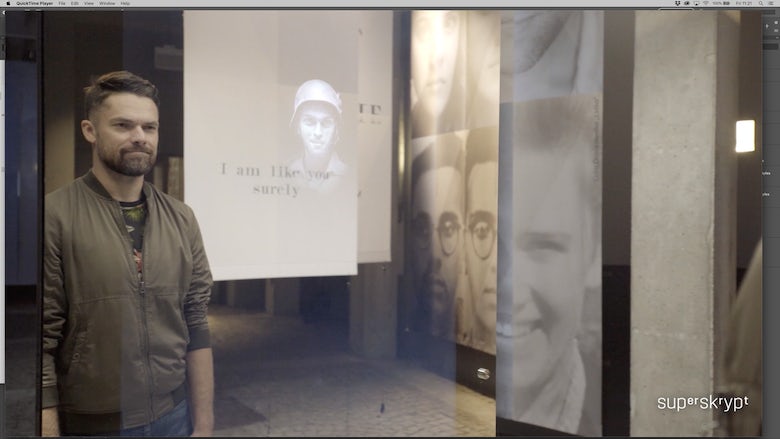 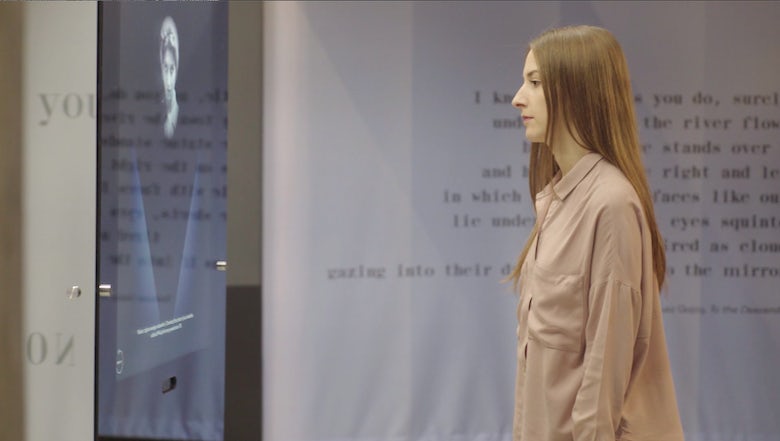