While a lot of creative types loftily chat about world-building, few actually build worlds quite as literally as Catherine Prowse. The London-based director, animator, illustrator, set designer and model-maker unites a beautiful sense of narrative and highly honed craft skills into everything she does: even when we see the pulleys moving her puppets, it’s hard not to totally suspend disbelief and find yourself immersed in her little paper and fabric universes.

She’s built sets, props and models for clients including Selfridges, Hermes Paris and Greenpeace; and directed films for the likes of Penguin Random House, The Royal Opera House, The Refugee Council and The School of Life. While that sounds incredibly impressive, it seems there’s long been a hint that this might be the path Prowse would take (or, more probably, just build for herself out of felt). “I’ve always really loved making 3D stuff. My Grandma used to call my favourite pastime as a child ‘cutting and sticking’, and that’s actually a pretty accurate description of what I do for a job now,” says Prowse.

“I was also very obsessive and detail-oriented about things like my Barbie house, and I remember spending hours creating these little environments but never actually playing with dolls, and my sister getting really cross with me because she didn’t find it fun to spend all day really exactly and minutely laying out a bunch of furniture and then just pack it all away again.”

For all her youthful, sibling-baiting interiors talents, Prowse says that she never connected those skills to “a possible creative practice”, instead seeing the idea of being an artist as just something that people who were good at drawing could do.

That all changed when she took the  Illustration and Animation BA course at Kingston University. Well, it sort of changed. “For the first two years of my degree I was just doing really bad copies of the work of other people who were much better at drawing than me,” says Prowse. During her course, she remained intimidated by the idea of making stop motion animation:  “It seemed like there were so many different elements you had to think about all at once and I would have no idea where to start. I had this panicked realisation in the summer before my final year that I didn’t have long left with all the time and space and facilities that university gives you, so I needed to make the most of third year and not worry about what other students were doing or what I thought the tutors wanted and just make work for me.

“I just knew I loved making things, particularly tiny versions of real life objects, but it wasn’t really until the end of my time at Kingston that I started to consider myself an animator, let alone a director. The reason I decided to make a film as my final project was that I wanted to create a tiny world full of beautiful objects and use those objects to tell a story.”

When she graduated, Prowse moved straight into model-making for other people’s films – a side of her practise she continues, and still enjoys, today: “Working around really experienced craftspeople who have spent years honing their skills is a huge learning curve and really inspiring.”

The move into directing her own films was partly driven by the fact she saw so few women directing, both in animation and the film industry more widely. “I think it’s really important that we get to hear stories told by all different types of people, and that no one lets their narrative be written by other people,” says Prowse. “My love of making things with my hands is what brought me into the world of animation, but it’s so easy to end up delegating all those fun jobs when you’re directing and end up sitting in front of a screen all day.” 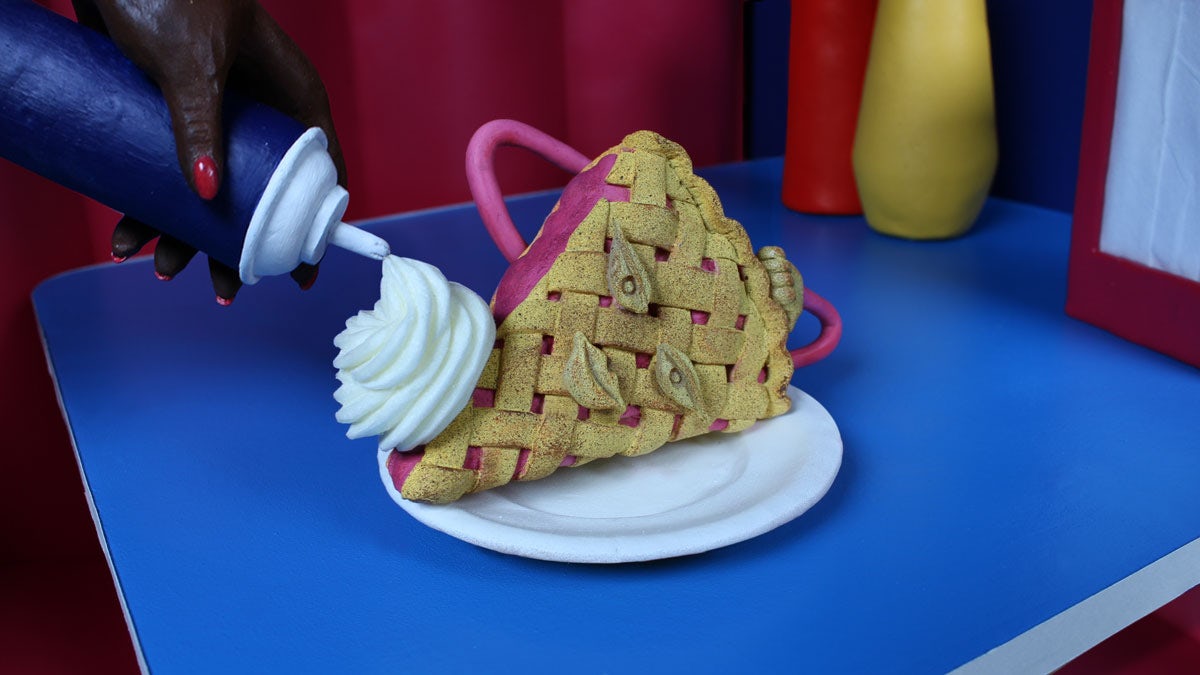 Her work is characterised by its tactility: her stop motions don’t shy away from the the fact they’re meticulously made by an actual person, and relish in the mechanics of the process as much as the final result. “One of the reasons I like working with live action rod puppets is that their movements can be really weird and unpredictable,” says Prowse, citing her music video for Tom Rosenthal: “the way the puppets walked was really trembly and laboured, but I liked how fragile and vulnerable that made him seem.”

While Prowse seems touchingly enthused by all her work, she says that it’s the projects that “make the world a slightly better place” – such as those for Greenpeace, The Wildlife Trust and The Refugee Council – that she enjoys most. “I still can’t quite believe that I get paid to do some of the really fun stuff I do,” she says, “so as long as I get to keep making things in some form or other I’ll be really happy.”