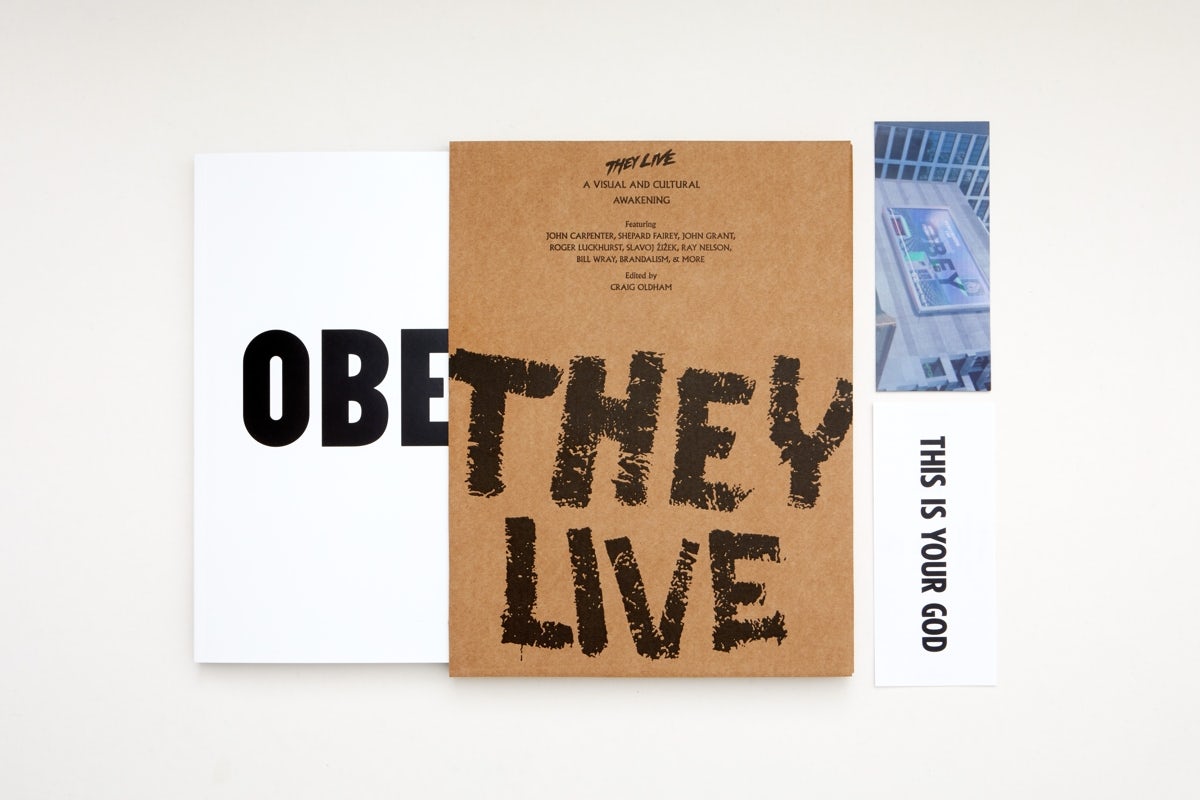 They Live: A Visual and Cultural Awakening – which is released by Rough Trade Books – features a foreword from Carpenter himself, as well as pieces by Shepard Fairey, John Grant and Oldham, exploring everything from the film’s commentary on advertising and media to its soundtrack.

The first 12 pages of the book are a like-for-like replica of the newsstand magazine the film’s main character picks up after donning glasses that expose the realities of the world around him. People are revealed as grotesque aliens, and billboards and magazines as hiding secret subliminal messages. 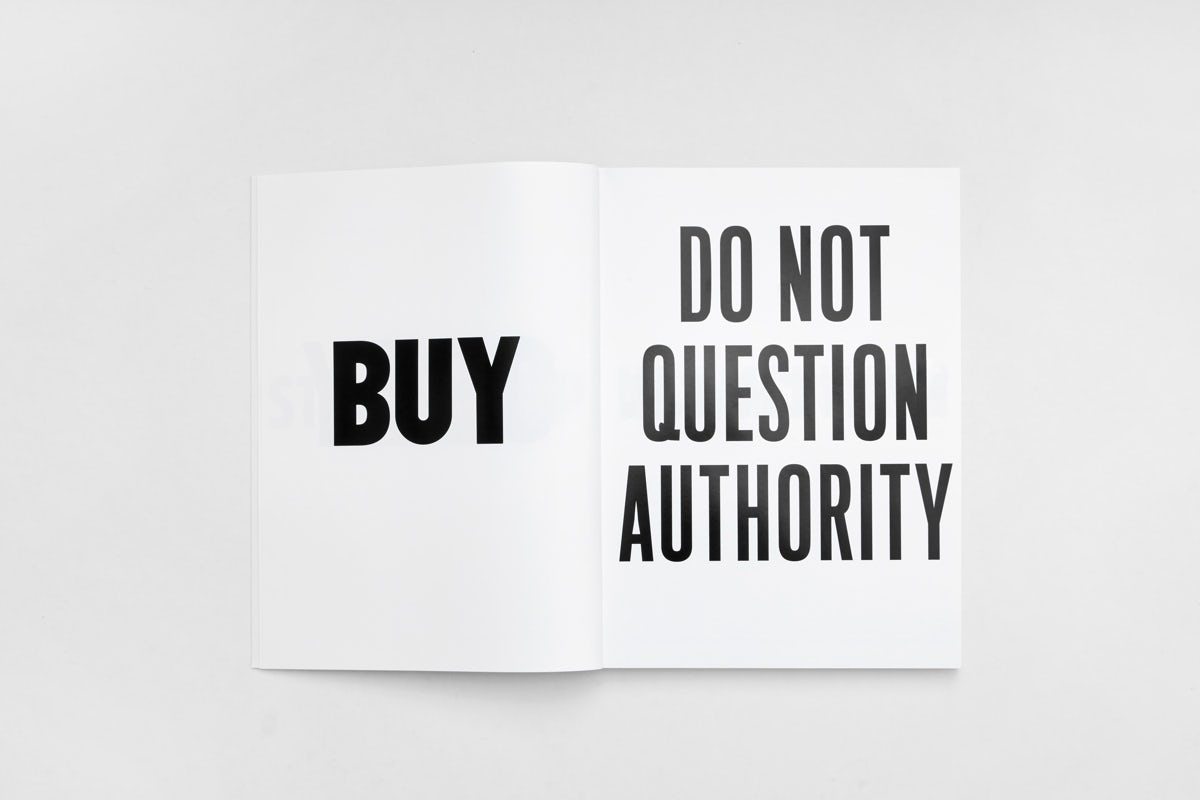 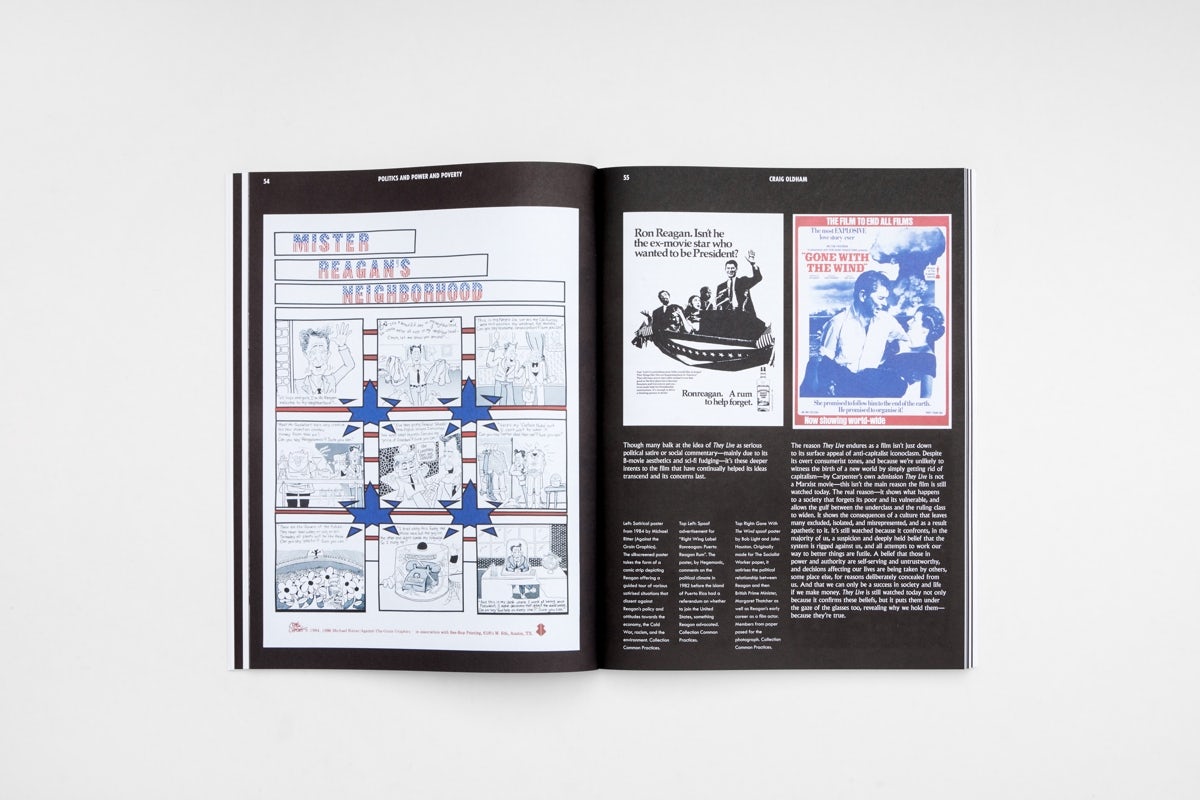 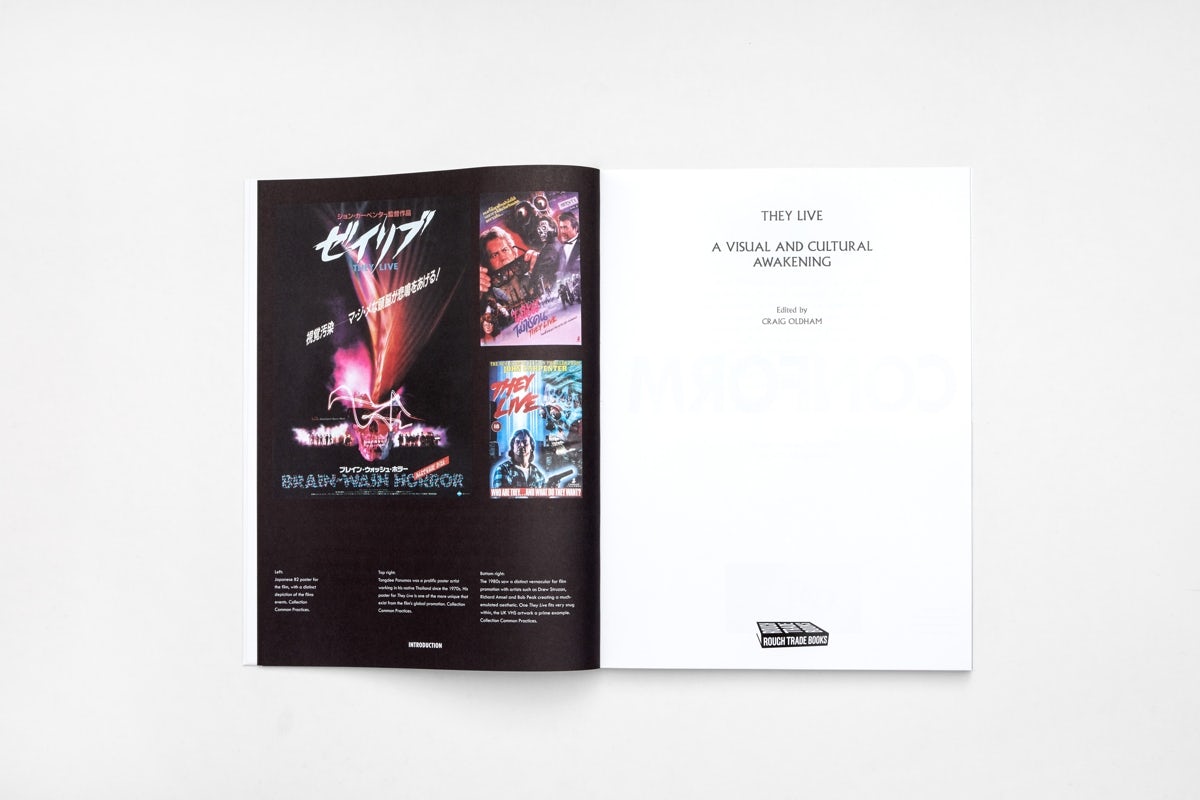 “It wasn’t as easy as it looks – I know it’s just black and white type, but tracking down those mags and images the prop designer had done was a real challenge,” Oldham told CR. “The type wasn’t digital 30 years ago, it was all from Letraset and wooden type, and things the prop designer had made and salvaged from other films, so it was a real archeological dig through the film’s history. From there we took a bit of artistic license and tried to play with it, evoking an editorial magazine feel, but still structuring the content so it felt like a holistic book.”

“I wanted people to pick it up and feel like they had everything in it to extend the ideas of the film, and give a bigger, richer sense of that universe,” he adds. “So that’s why it smells like bubblegum, and we’ve got hidden messages throughout.” 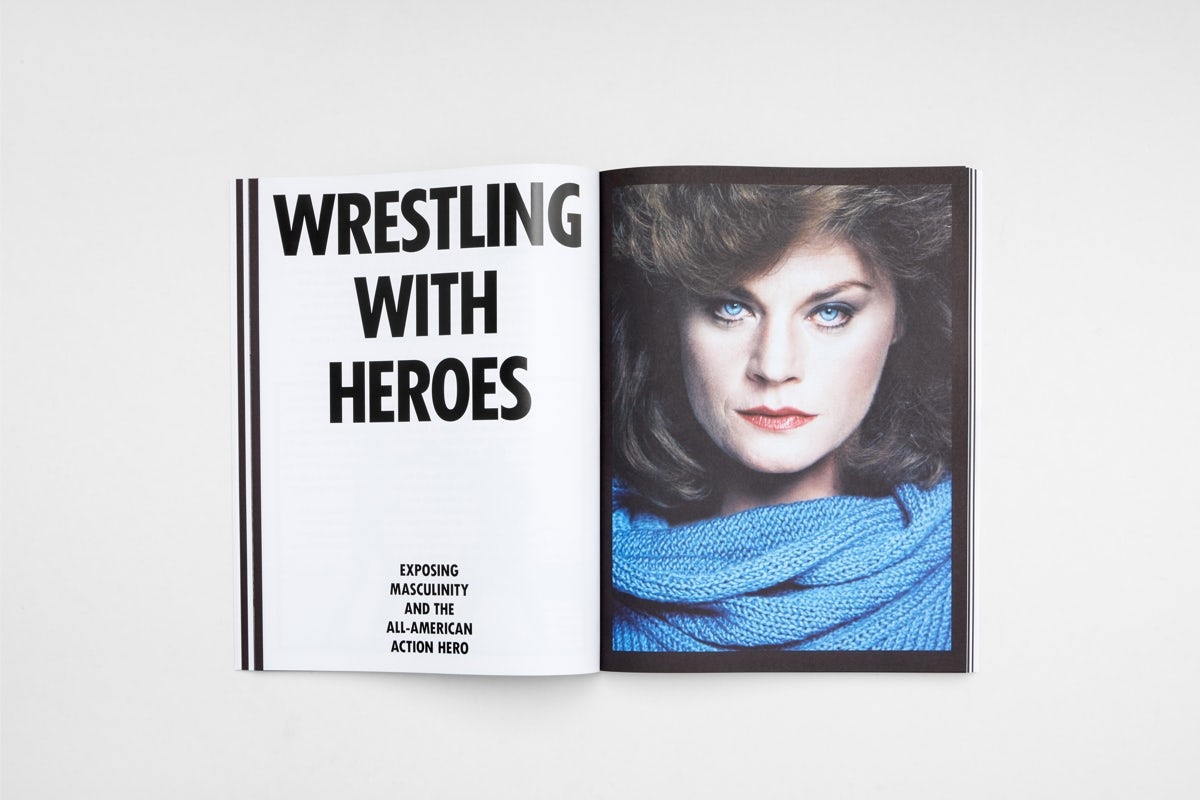 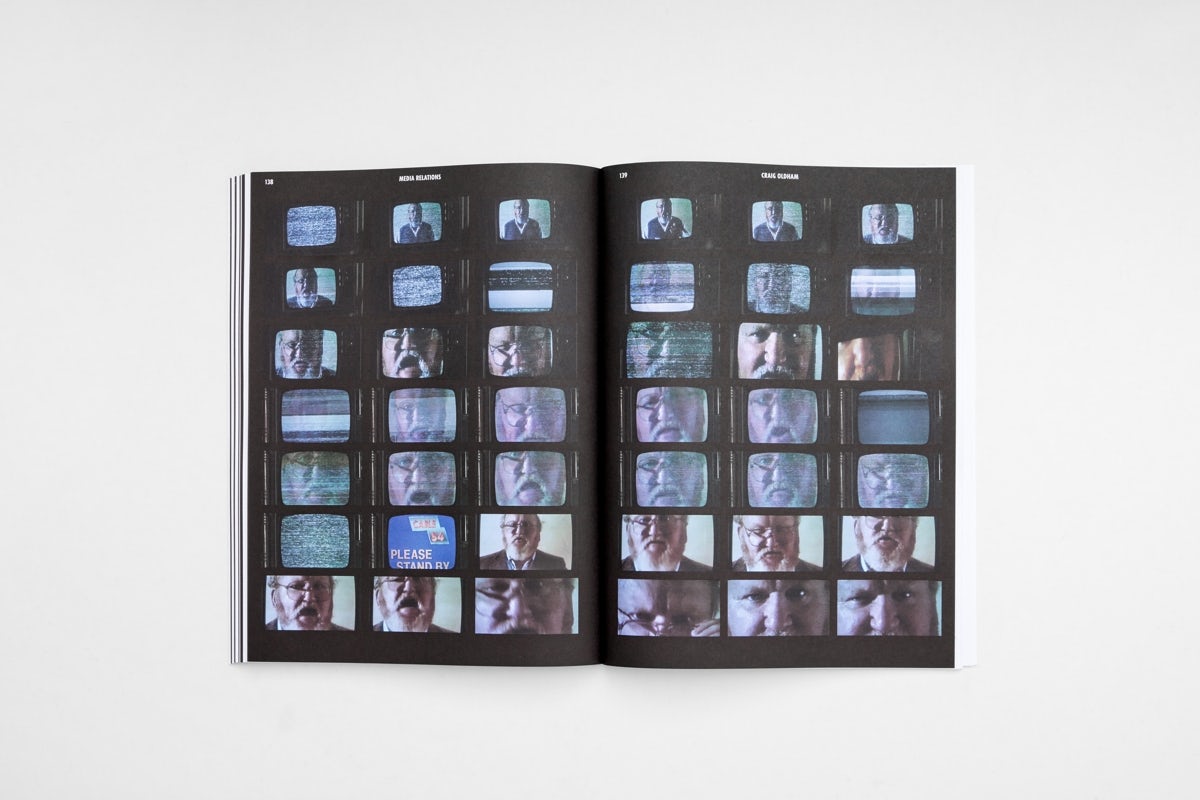 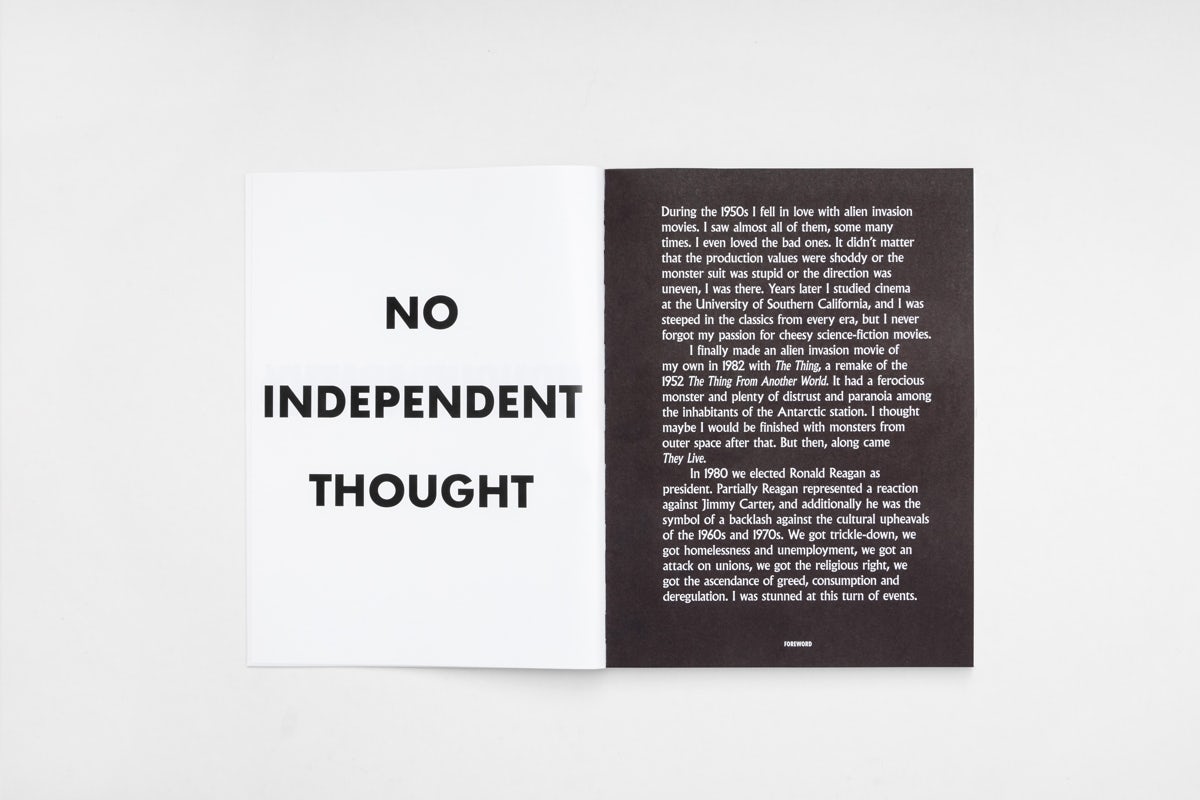 They Live is the first in a series of “really meta” editions Oldham has planned, exploring fictional books that are the catalysts for pivotal moments in films. “It’s the idea that people love going into the universes of films that they love,” he says. “And it’s about trying to explore elements of films that become cult things that no-one ever expects them to be.”

The series will be published by Rough Trade Books – where Oldham is creative director – which has already released a series of pamphlets including Brexit speeches by Jarvis Cocker, poetry by Martha Sprackland, and an edition dedicated to the links between handbell ringing and acid house. Oldham says the new venture is an attempt to “keep counterculture alive in the same spirit”.

They Live is published by Rough Trade Books, £24.99; roughtradebooks.com