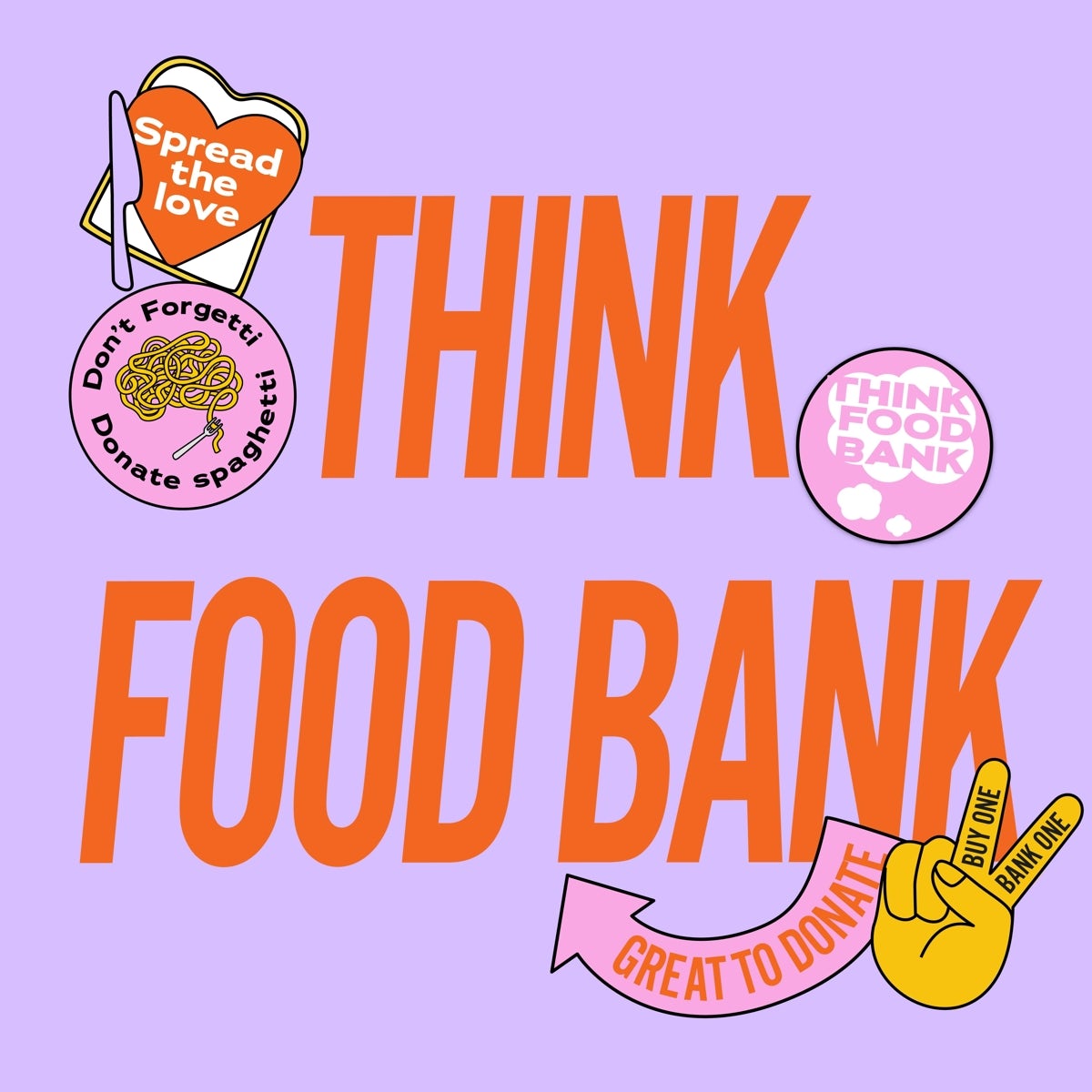 The pair had the idea for the Think Food Bank project after noticing that most donation stations are placed, unhelpfully, by supermarkets’ exits – meaning many people only see them once their shop is done and paid for. To encourage shoppers to remember food banks while they’re still browsing the aisle, the two designers created a set of illustrated stickers that can be stealthily stuck around the store – each tailored to the colour scheme of a different supermarket brand.

Some offer a generic message encouraging people to add items to their weekly shop, while others are designed to go in specific parts of the supermarket – for example ‘don’t forgetti, donate spaghetti’.

“We want our stickers to be wherever a shopper might simply think to donate – it’s too easy for people to forget food banks until after they’ve checked out and it’s too late,” says Maisie Benson, who’s a senior designer at B&B Studio in London. 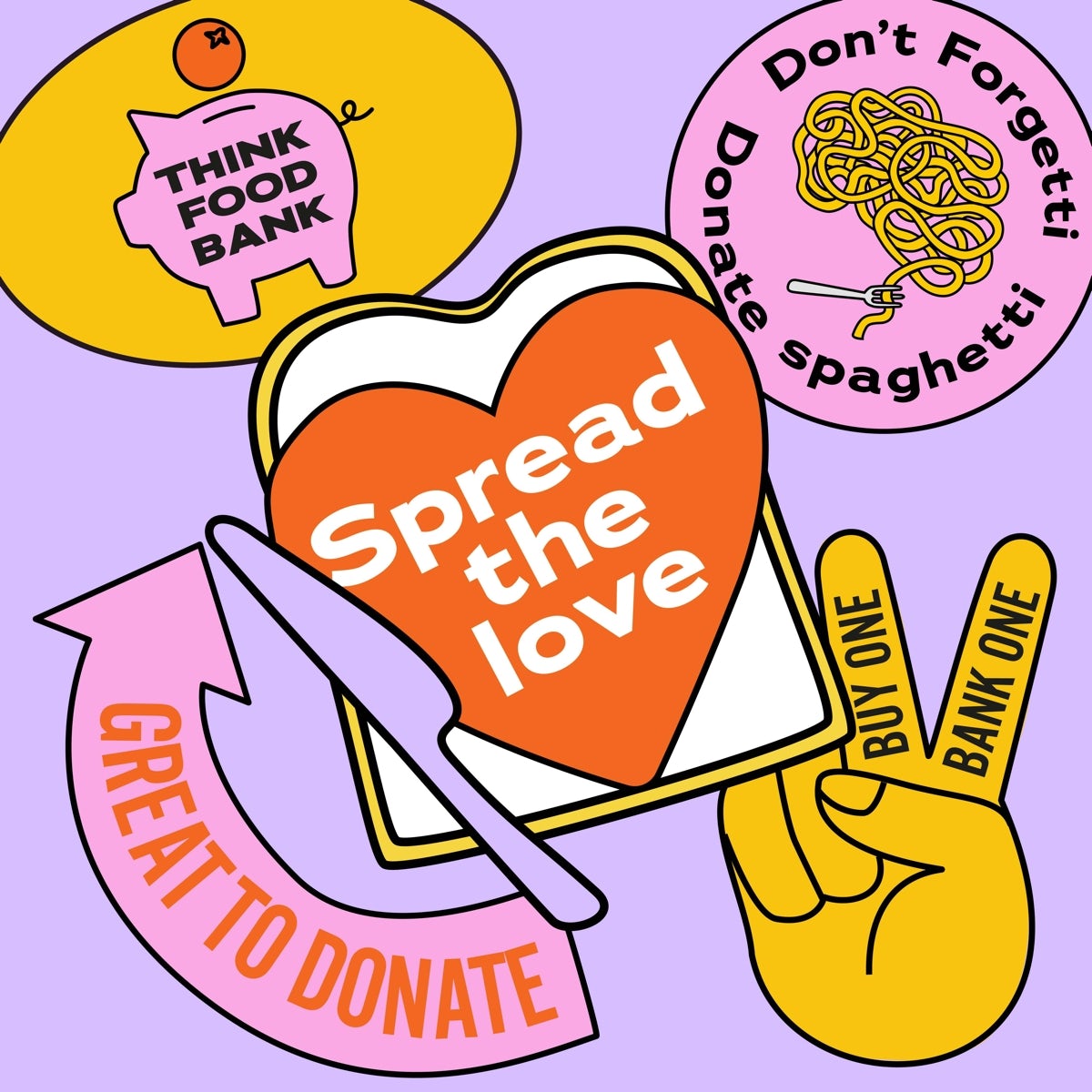 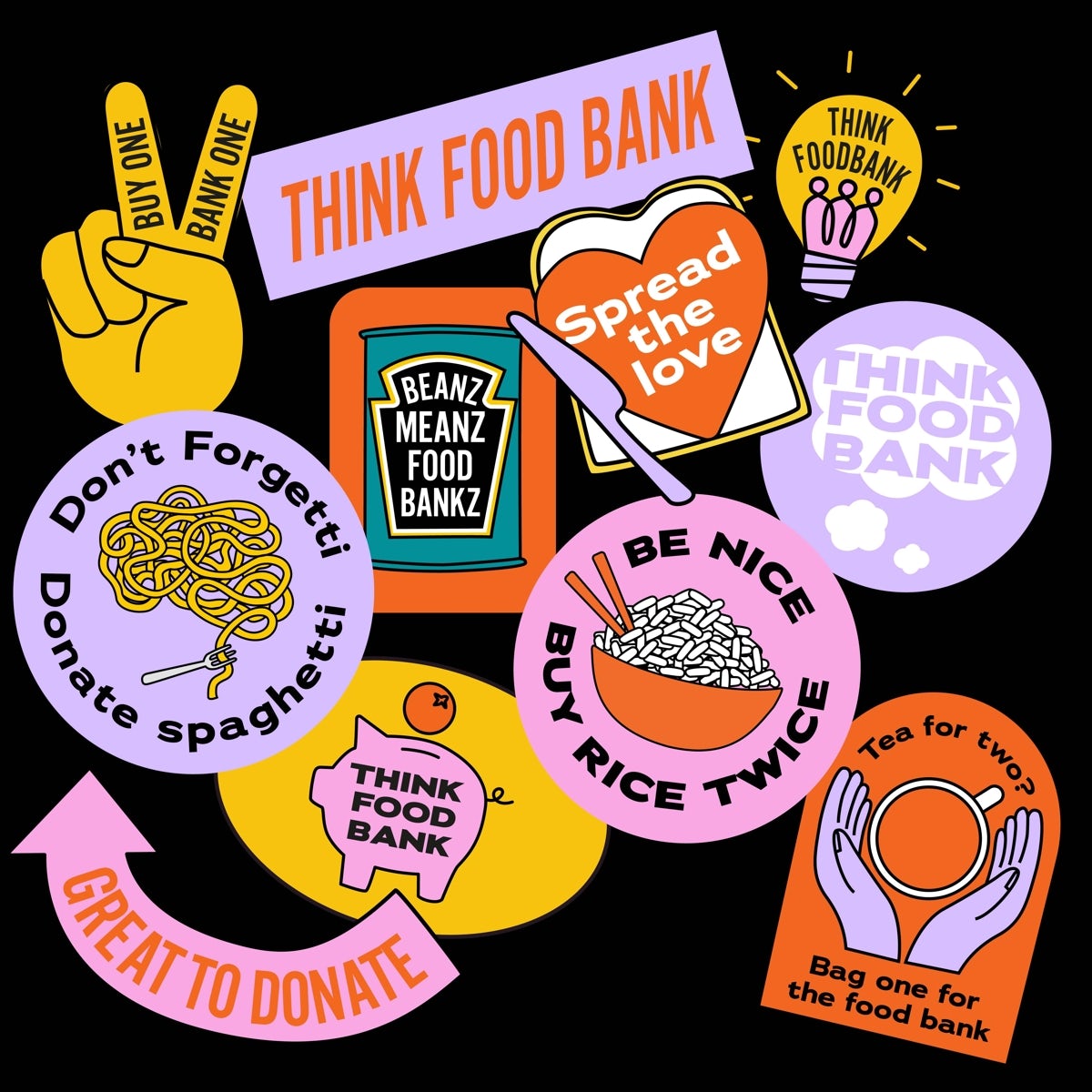 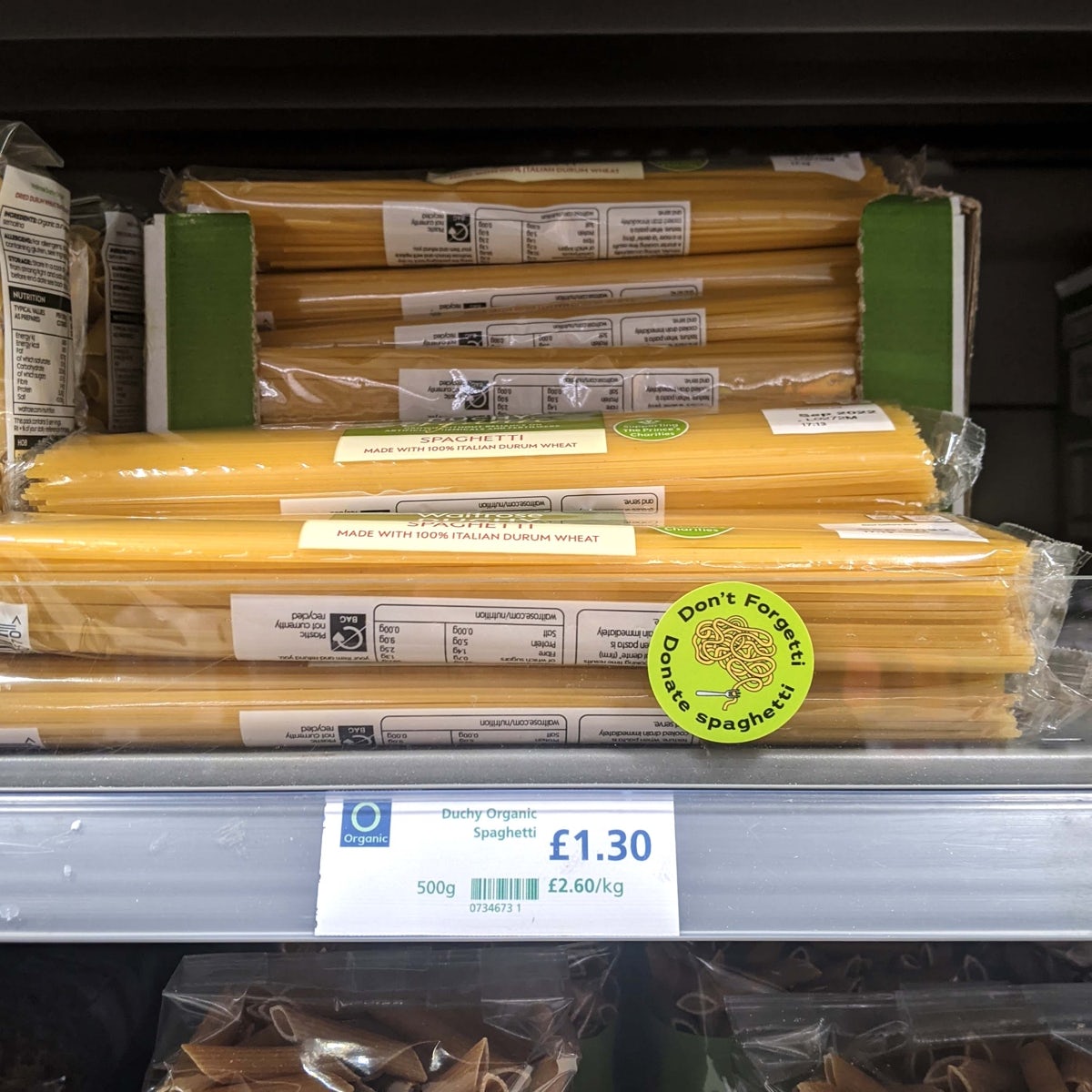 She met project partner Holly Kielty via Instagram, after they struck up a conversation about the current food bank crisis. In June 2020, charity the Trussell Trust reported that there had been an 89% increase in the need for emergency food parcels, and a more recent news story in the Guardian reported that one in five UK schools has set up a food bank during the Covid crisis.

“We were inspired by Marcus Rashford – he showed that every individual can make something truly positive happen,” says Kielty, a creative strategy director at Design Bridge. “Design has the power to do so much good and we just saw that there was a simple solution to a wider problem.”

The campaign is “guerrilla in style” as the pair describe it, but it’s hard to imagine any supermarket actively removing the stickers – 120 sets of which have been sent out, ready to find new homes in supermarkets across the UK. 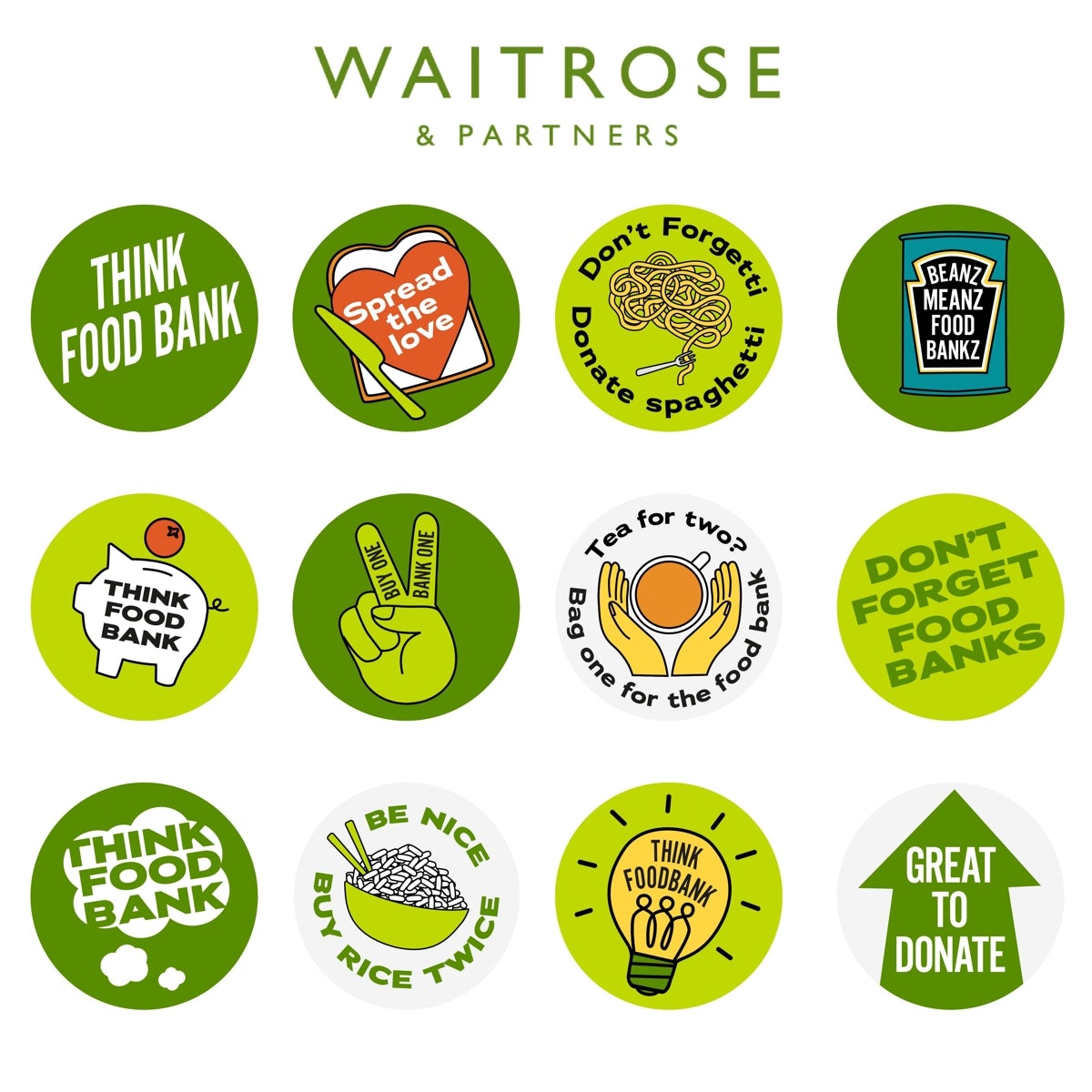 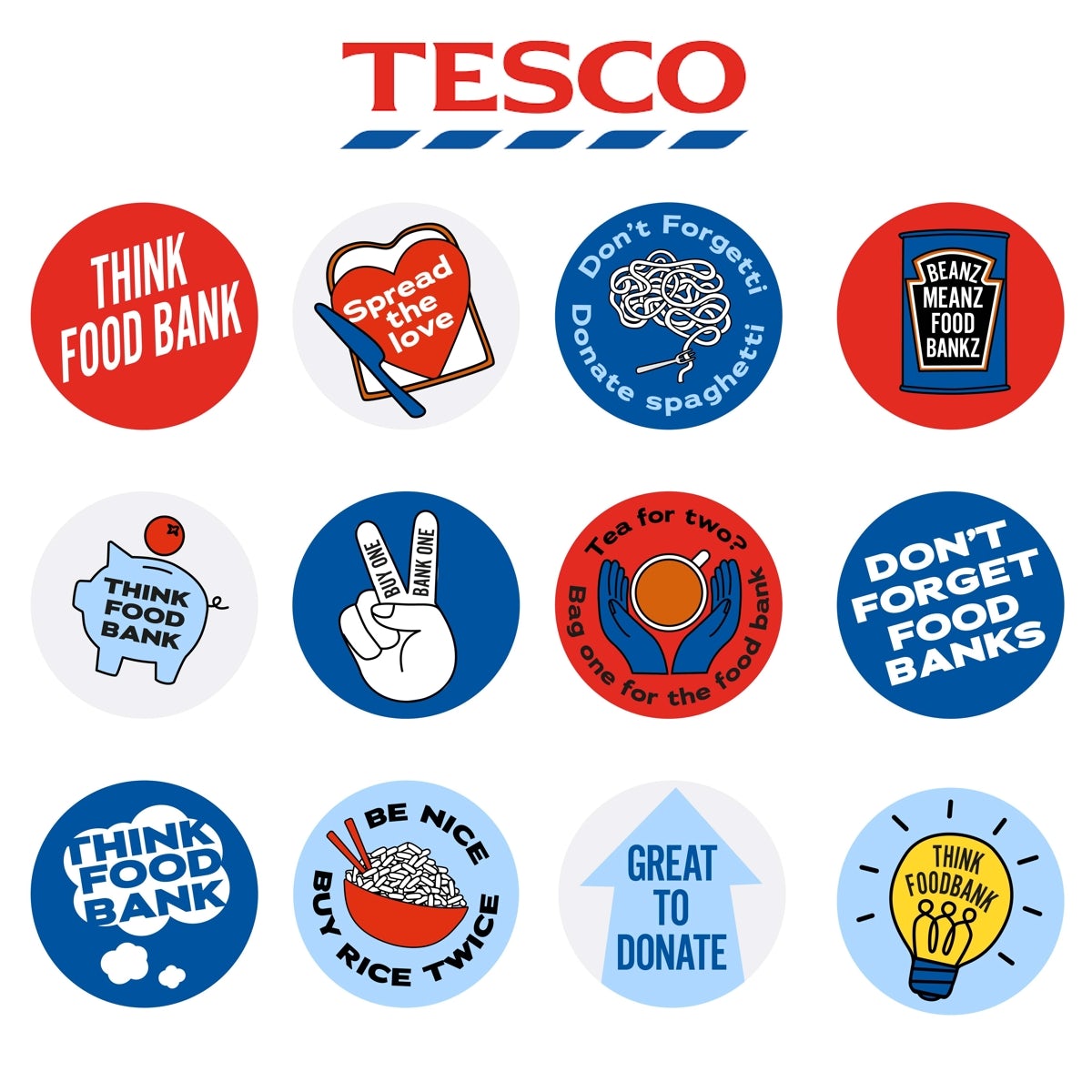 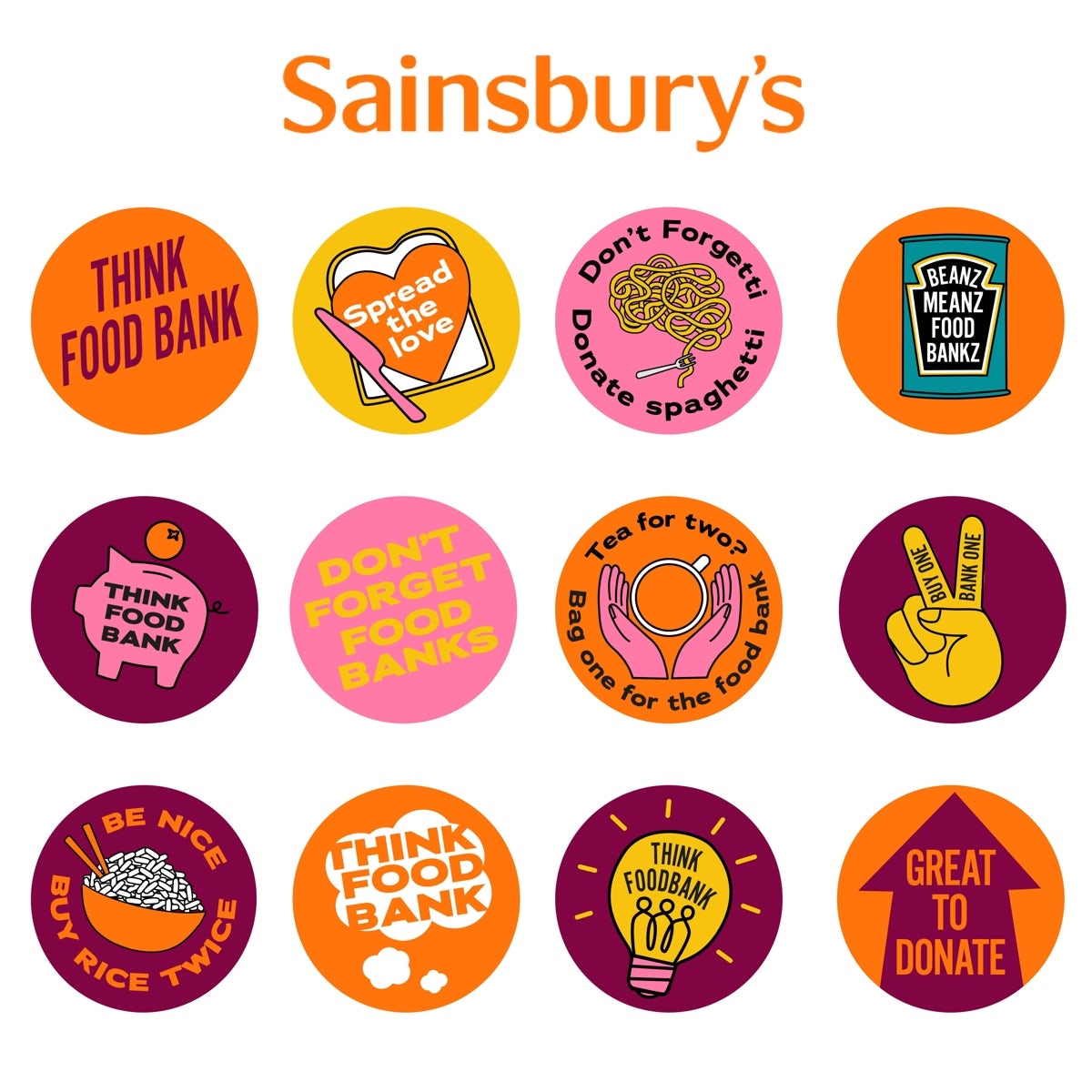 Readers who want to get sticking in their own local store can request a pack via the Think Food Bank Instagram page, and also donate via JustGiving to cover the cost of postage