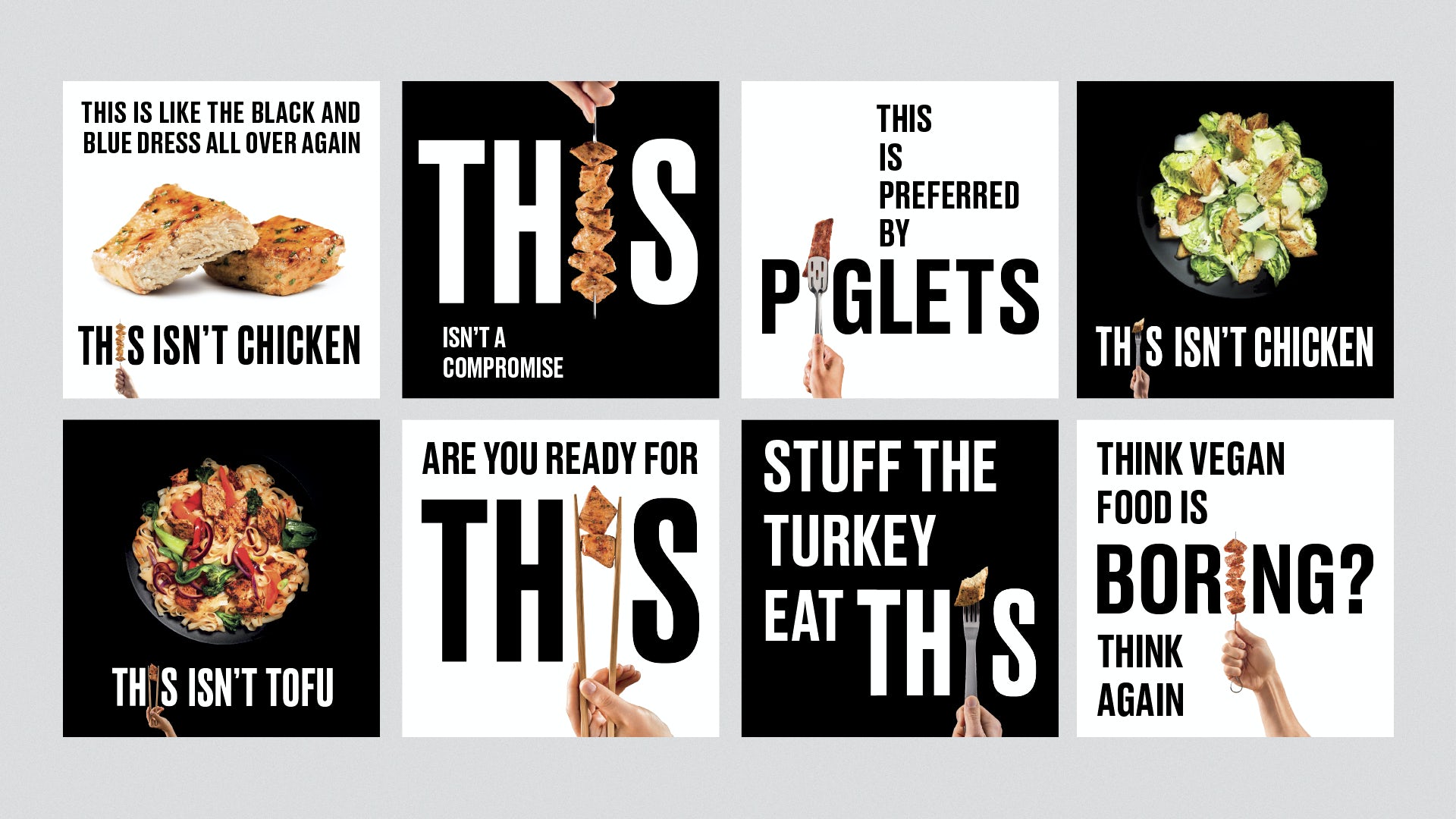 Throwaway buzzword or considered lifestyle choice, veganism is enjoying an immense surge in popularity. Restaurants and supermarkets are adapting their offerings to cater to a changing market with elevated demands. It’s even shaping the content of TV programmes, with the likes of Jamie Oliver sharing more plant-based recipes in his shows, and vegan rounds appearing on TV cooking competitions like Great British Bake Off and MasterChef.

Although there are a handful of staple brands – among them Quorn and Oatly – that have firmly marked their territory, there is still some valuable real estate left to be scored on the supermarket shelves. THIS is the latest brand to take on the vegan market, equipped with a carefully consolidated product range and bold, characterful new branding courtesy of Johnson Banks. 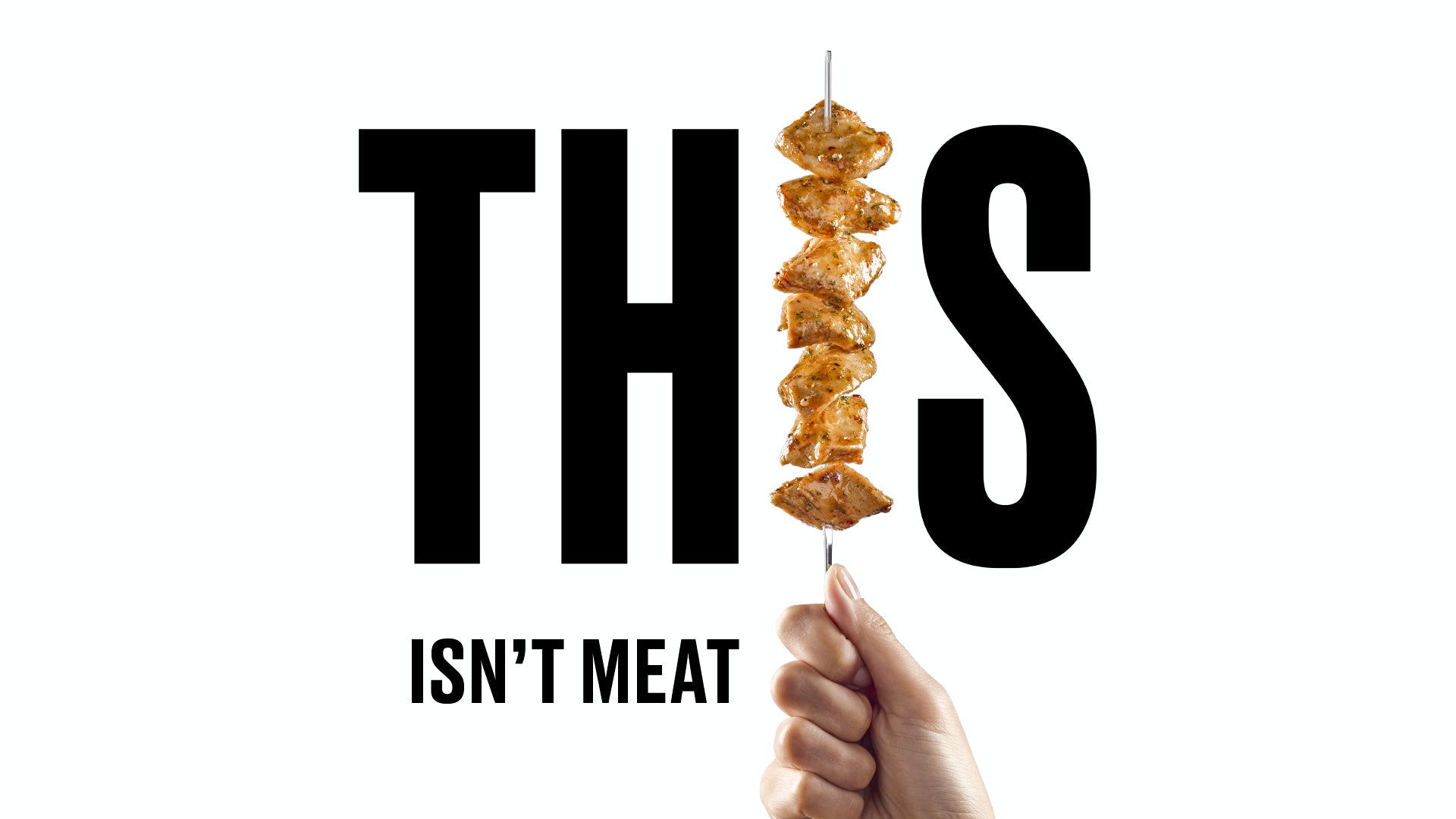 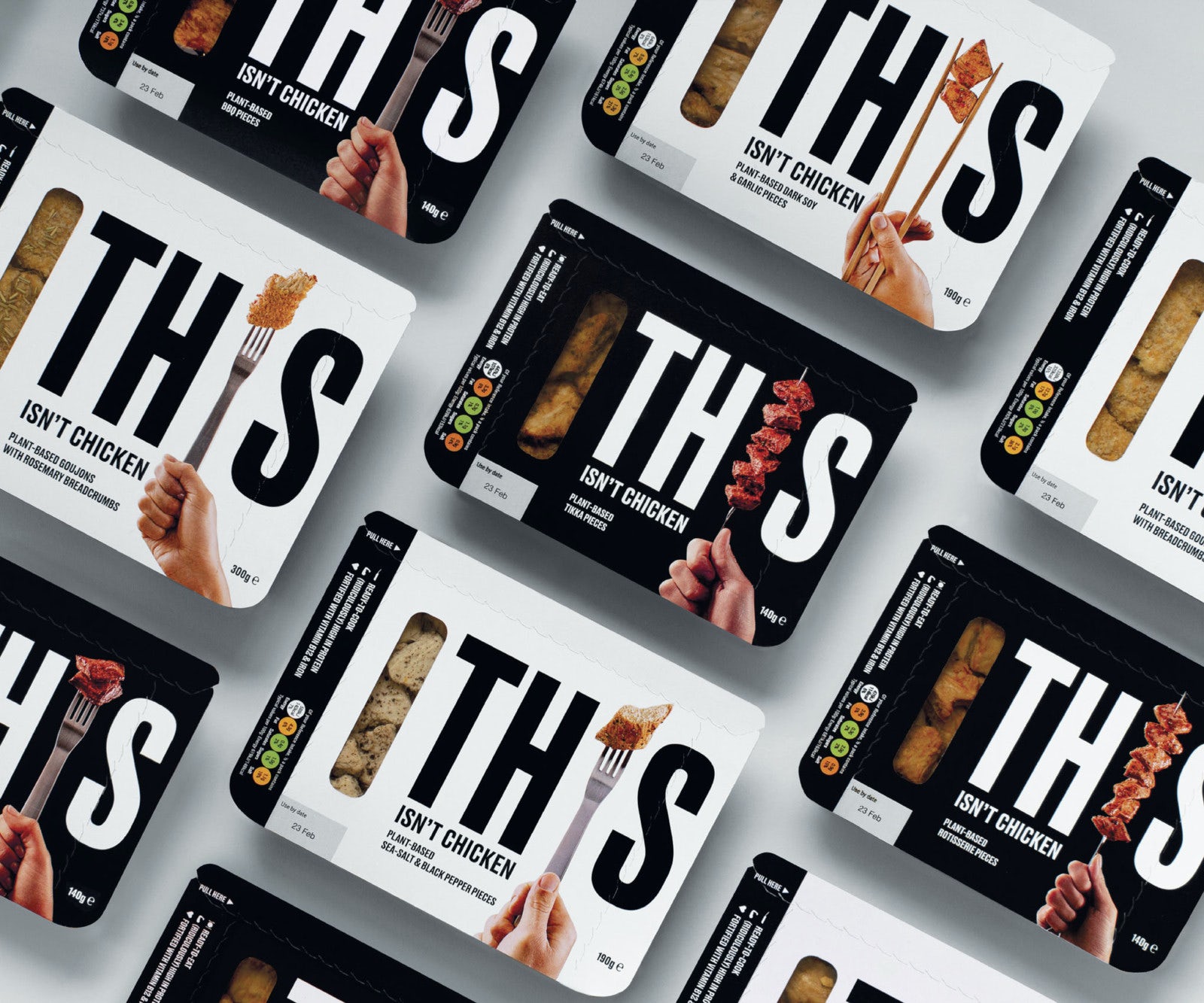 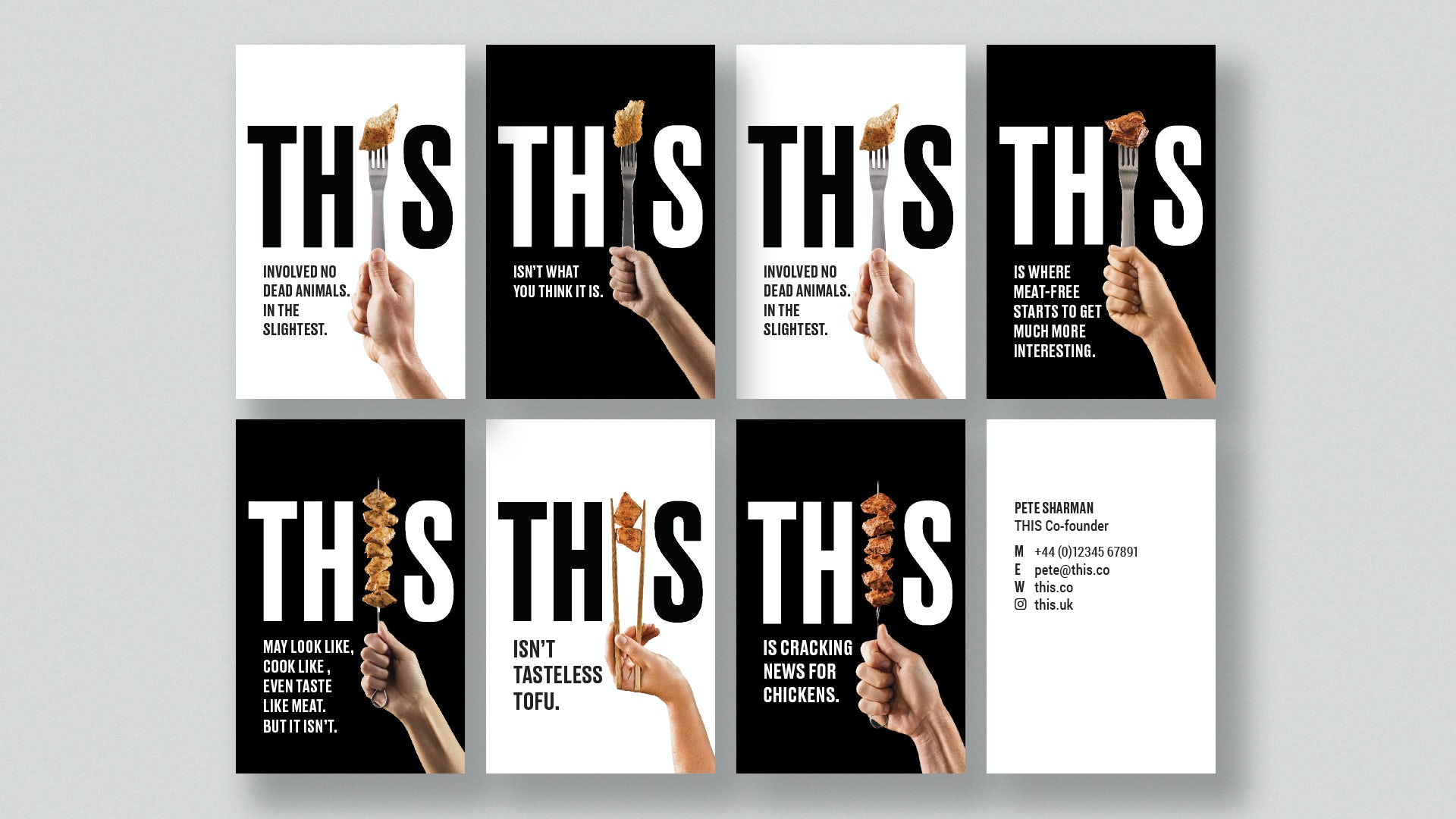 The brand name lends itself particularly well to the snappy, attention-grabbing tone that THIS has harnessed which, along with the crisp monochrome brand colours, should see it catch eyes in the vegan aisle. The brand messaging does teeter on the edge of preachy in places which, on paper, conflicts with its ethos of not ‘guilt-tripping people into changing their diet’ (such as ‘THIS involved no dead animals. In the slightest.’ or ‘THIS is endorsed by piglets’). However, it cleverly speaks to the flexitarian market – one that doesn’t feel ready to give up meat entirely but is sometimes susceptible to feeling guilty when it comes to consuming animal products.

THIS isn’t the first brand to ride the vegan wave and it certainly won’t be the last. But as veganism is set to stick around, it sits confidently within an emerging category of fun food brands that appeal to the next generation of conscientious consumers.