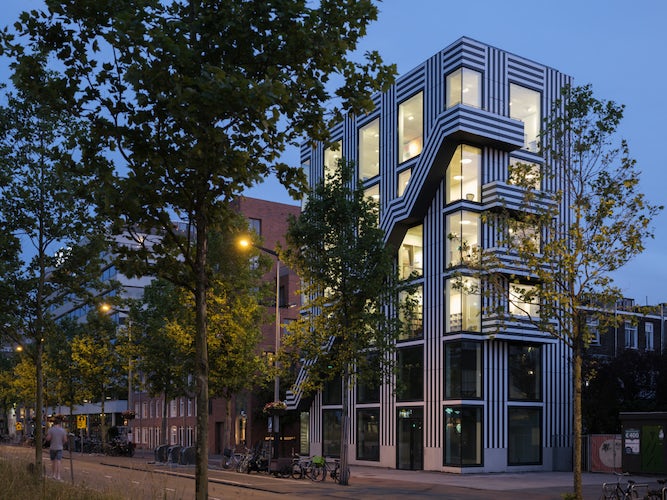 Thonik studio is an unusual example of a collaboration straddling graphic design and architecture. Positioned on Wibautstraat in Amsterdam, the building is a joint venture between Thomas Widdershoven, founder of Thonik, and architect Arjan van Ruyven.

Thonik (which Widdershoven runs with co-founder Nikki Gonnissen) is known for its work for Museum Boijmans Van Beuningen in Rotterdam and the Dutch broadcasting company VPRO, plus a prize-winning political campaign for the Dutch SP (Socialist Party). This is the first building to be designed by Widdershoven. It features a striking black and white line pattern and an external staircase that runs over the entire facade with diagonal lines, also in black and white, giving the building a graphic, almost cartoonish look.

The high-contrast graphic pattern on its façade, which pays homage to the quasi-psychedelic trilinear typeface created for the 1968 Olympic Games by Lance Wyman, is just one of many references to its owners’ profession.

The building’s cladding, a recyclable high-pressure laminate called Trespa, also bridges architecture and graphic design. “It is used in outdoor signage, so we were familiar with it as graphic designers,” says Gonnissen.

Graphic motifs continue inside, most notably on the internal staircase (designed by Dutch collective Envisions), where a dynamic pattern of lines converge on sheets of laminated plywood. 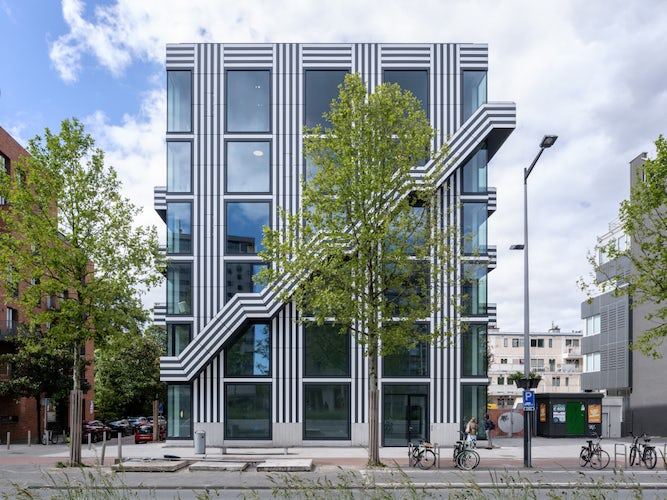 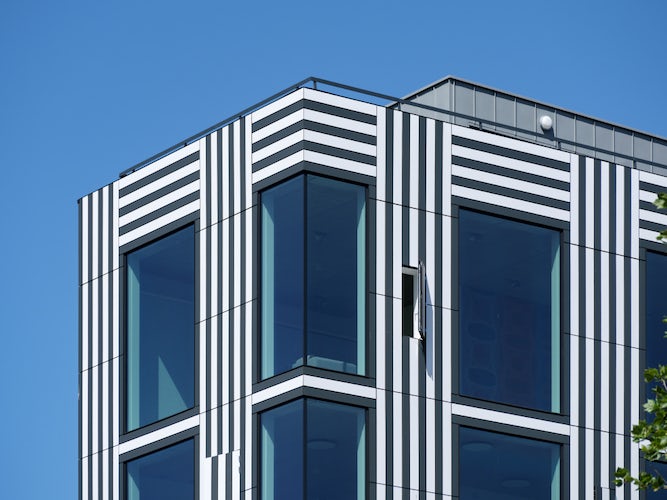 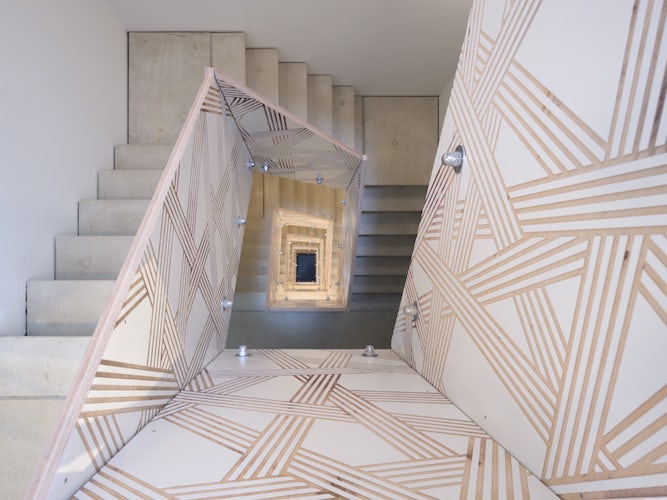 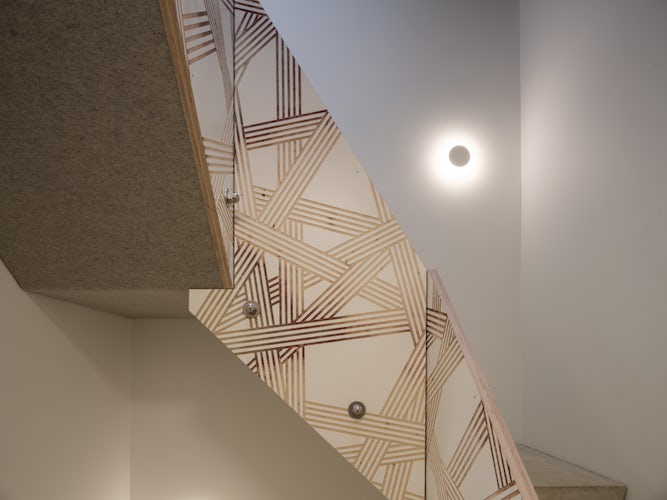 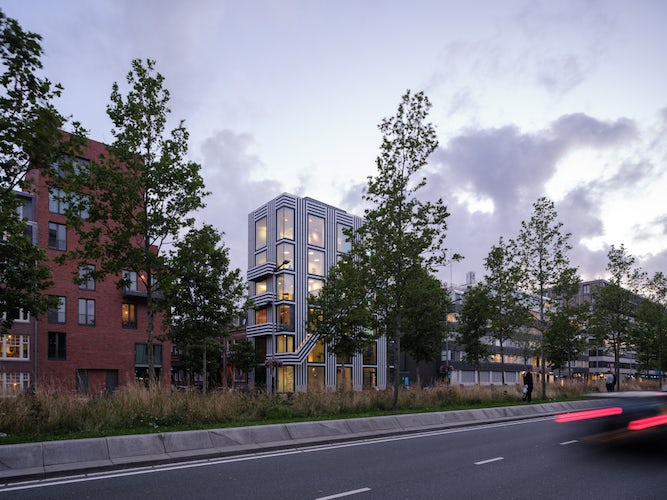 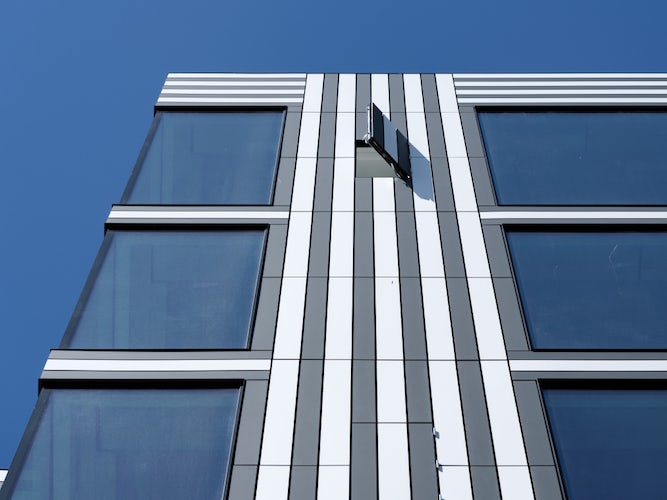