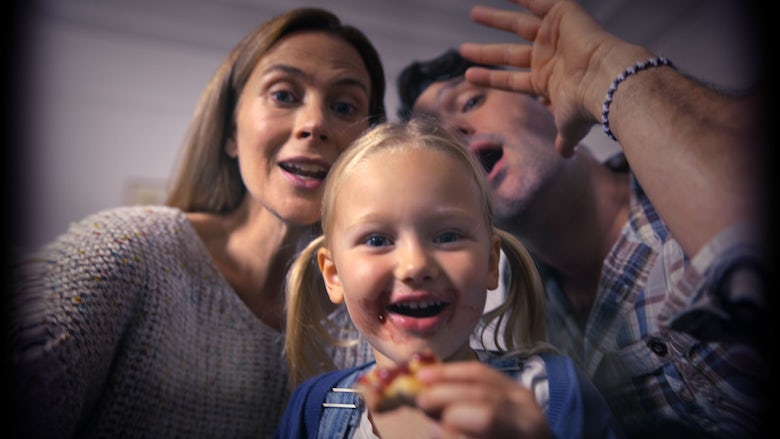 Tapping into the idea that our phones have played a vital role in our lives this year is Three UK’s Christmas campaign, Your Phone’s Seen A Lot This Year. Part of the campaign is a 30-second spot that offers a unique view of the world from the perspective of our phones throughout 2020.

Created by London-based Wonderhood Studios, this is the agency’s first piece of work for the brand and is shot entirely through the lens of our mobiles. From kisses on video calls to dress-up Zoom quizzes, teary scrolls through the news timeline to the joys of working from home, every life event the ad’s protagonist has gone through this year is backed by a choir-led song that details the unrelenting hard work our phones have gone through.

The spot is directed by Simon Ratigan at HLA, who has worked on commercials for Lurpak, the NHS, Landrover, Amazon and many more. “This project was an opportunity to throw the visual rulebook out the window in order to capture life from the perspective of a mobile,” says Ratigan. “It was also a chance to reinvent the world of mobile imagery and to do it in a way that was both beautiful and cinematic. With lightweight cameras, crazy angles, and a cast willing to disco dance one minute and bath in front of a film crew the next, we captured some amazing footage and had a lot of fun doing it.”

The lighthearted, but authentic approach serves as an antidote to the flashy and tech-focused route many phone and tech companies adopt to sell their wares, and contains a more human-centred outlook, while neatly summing up some of the challenges we’ve all faced this year.

New Eels video tells the story of an interplanetary friendship

Where does virtual clubbing go from here?

Inside the world of creative residencies