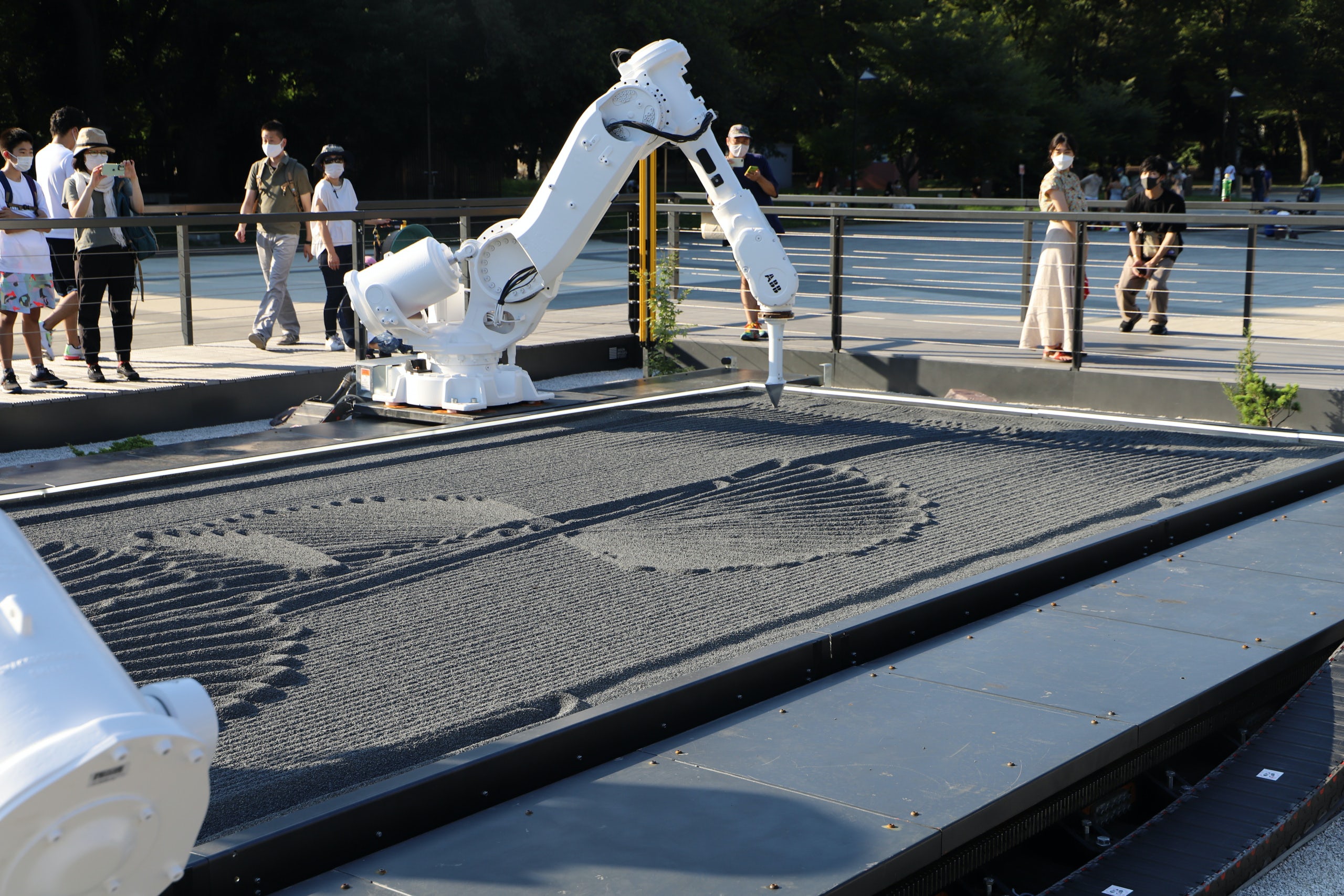 In response to the brief, Jason Bruges Studio envisaged an artwork that would resonate with Tokyo’s identity as a high-tech city that’s also steeped in tradition, and provide an antidote to the high-octane buzz of the Games. Spanning art, technology and sports, The Constant Gardeners was a vast, kinetic art installation combining ancient Japanese tradition with cutting-edge computing and ­industrial robotics.

Taking inspiration from a traditional Japanese zen garden, four industrial robot arms were poised around an expansive gravel canvas before they awakened and started to rake the surface. In a series of ­daily performances, these ‘gardeners’ worked together to create unique, evolving illustrations representing the movements of athletes.

Generated by a series of bespoke algorithms, which analysed video footage of Olympic and Paralympic events, some illustrations depicted a movement unfolding over time, while others shone a light on one spectacular sporting moment.

A meditation on tradition, craftsmanship and the evolving roles of technology, The Constant ­Gardeners offered visitors a peaceful space for quiet introspection. The artwork explored a new narrative around ­robotics, showing this technology to be a force capable of artistic creativity and experimental action.

The Constant Gardeners launched in Ueno Park, Tokyo, on July 28, 2021, and ran until September 5, 2021, to ­coincide with the Olympic and Paralympic Games. During this ­period, almost 50,000 people visited the installation. 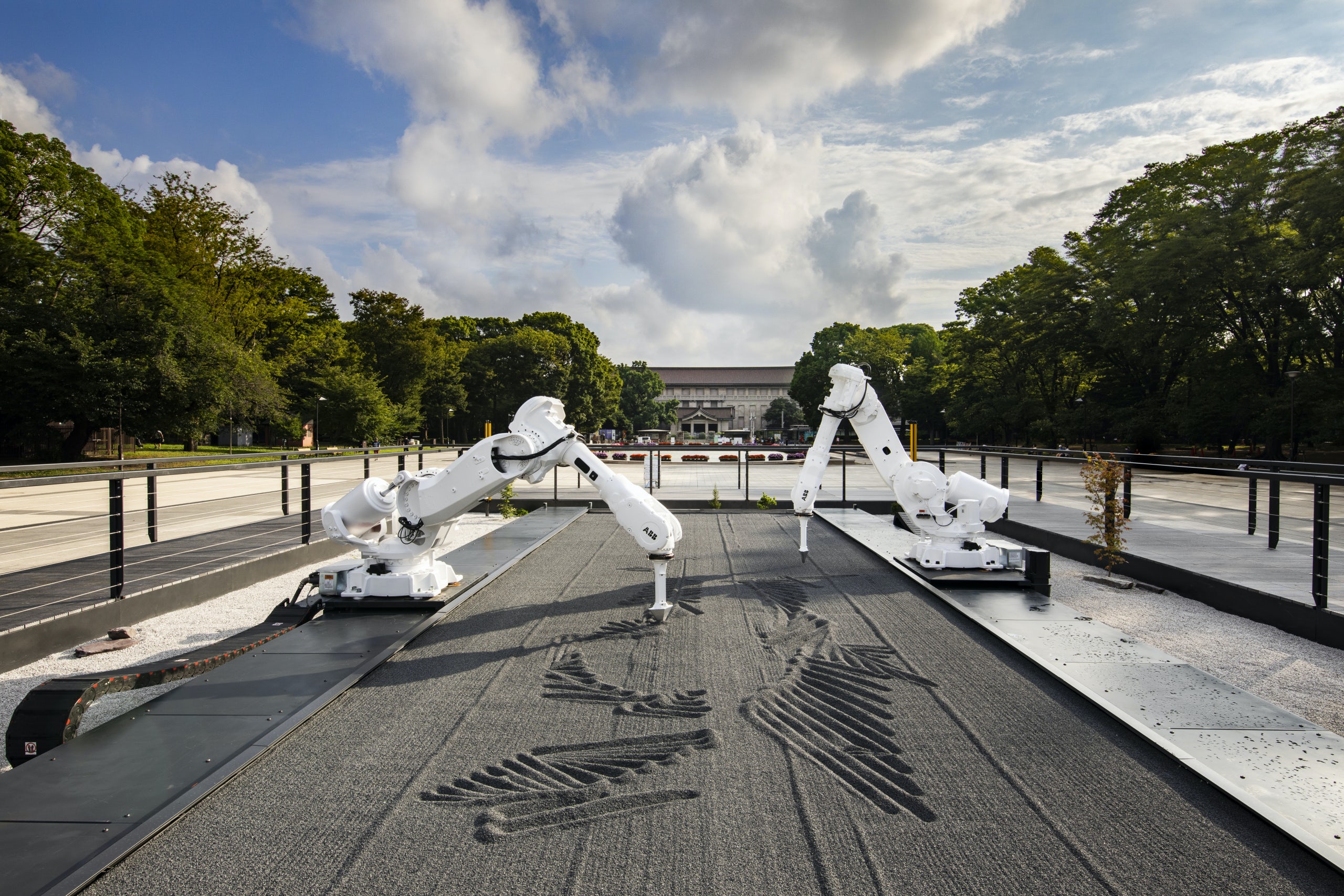 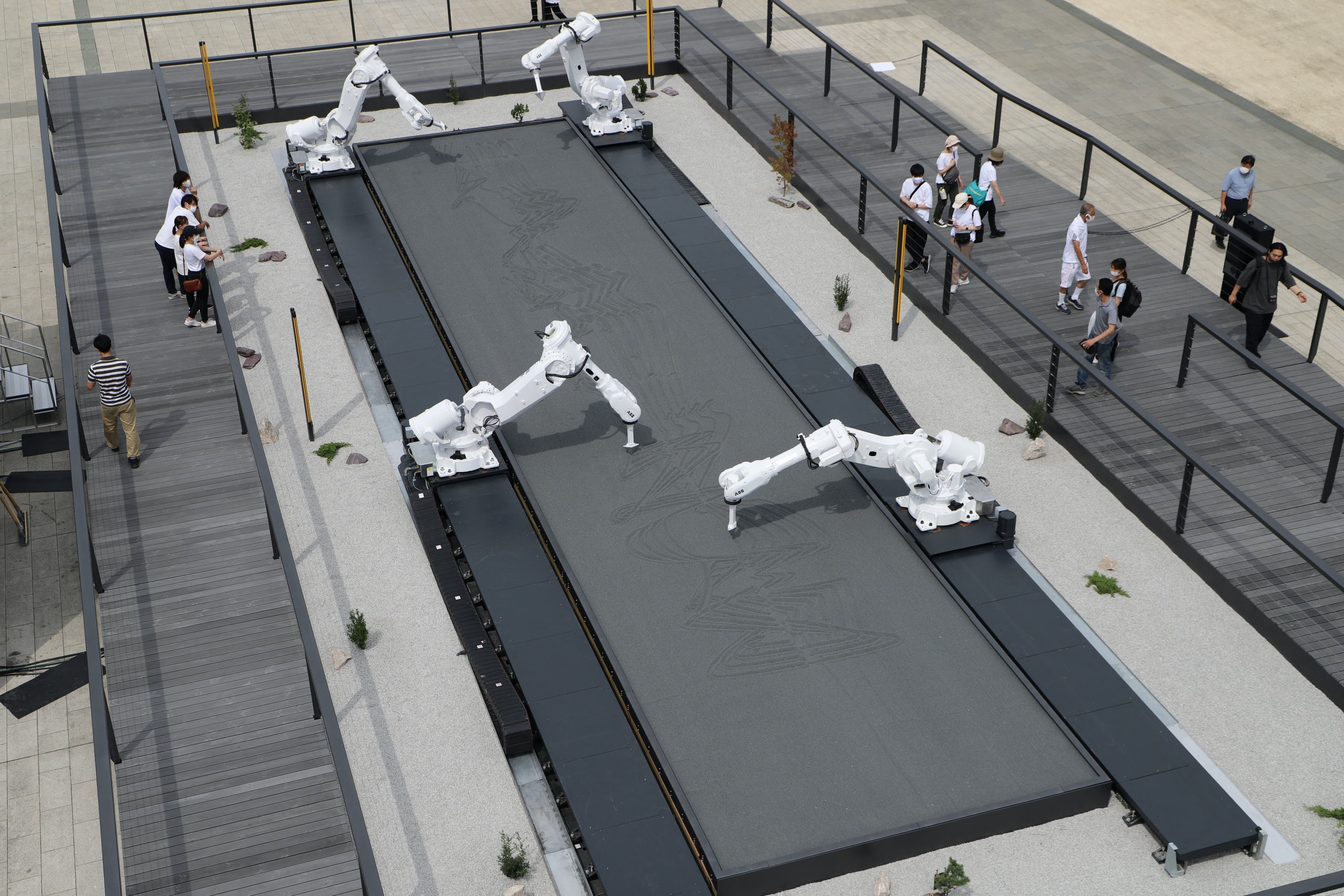