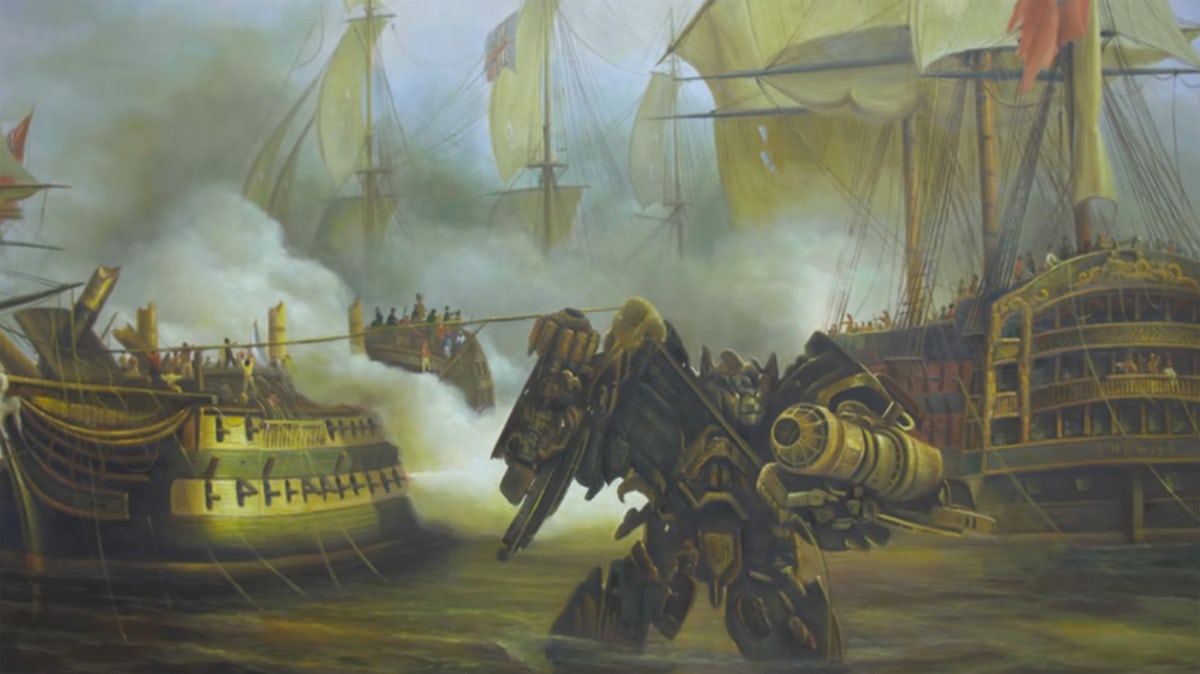 A painting of a naval battle by French artist Auguste Mayer recently stood out amid the European masterpieces on show at the renowned gallery space. Looking over a work supposedly from 1815, visitors were scratching their heads at the figure in the foreground. It looked like … could it really be … a transformer?

The newly-installed painting was in fact part of a stunt to promote Paramount Studios’ forthcoming film, Transformers: The Last Knight. A camera was installed near the painting, while gallery goers were also filmed (see below) trying to make sense of the appearance of this out-of-time character.

In 2003, UK street artist Banksy installed a found oil painting in room 7 of Tate Britain along with the caption: ‘Banksy 1975. Crimewatch UK Has Ruined The Countryside For All Of Us. 2003. Oil On Canvas’. The painting was only discovered when it fell off the wall later in the day.