There was a time not so long ago when craft beer was hard to find – a niche product enjoyed mostly by CAMRA enthusiasts who would travel miles in search of the perfect pint. Now, it has gone mainstream. You’re just as likely to find a Brewdog IPA in your local Tesco as you are a Peroni, and most pubs stock a changing selection of guest lagers and ales from independent brewers. Some of the world’s best known beer brands are investing in craft businesses, too – Heineken bought a minority stake in Tottenham Brewery Beavertown for £40 million this summer, following an investment in Brixton’s local brewery the previous year.

For long-established brewers, this is both a blessing and a threat. Consumers have become more adventurous, and are more willing to invest in premium, small-batch brews, but increased competition makes it harder to stand out. With illustrated packaging and quirky names – think Beavertown’s Neck Oil, or Camden Hell’s lager, with its Mr Bingo artwork – these newer brands have crafted identities that are aimed squarely at a younger, hipper market. 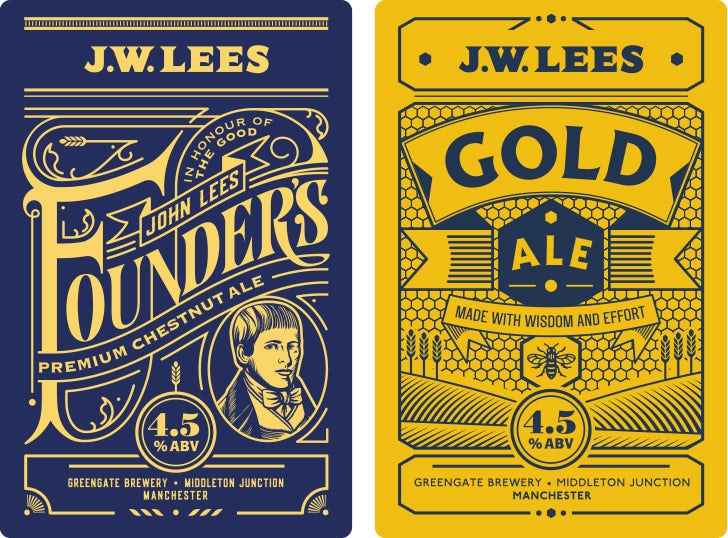 Manchester brewer JW Lees started making beer in 1828, and is one of many long-established companies having to compete with newer rivals. What this brewer has that many smaller ones don’t, however, is 140 pubs across the north west and north Wales, making it a much larger and more complex organisation than your average craft brewery.

Aware of the need to keep up with a changing market – and give punters a reason to visit its pubs at a time when an average of 18 are closing each week – JW Lees recently appointed Squad to develop a new brand strategy and visual identity. The identity has been gradually rolled out since November last year, and has led to the creation of new products and sub-brands, as well as some unexpected collaborations.