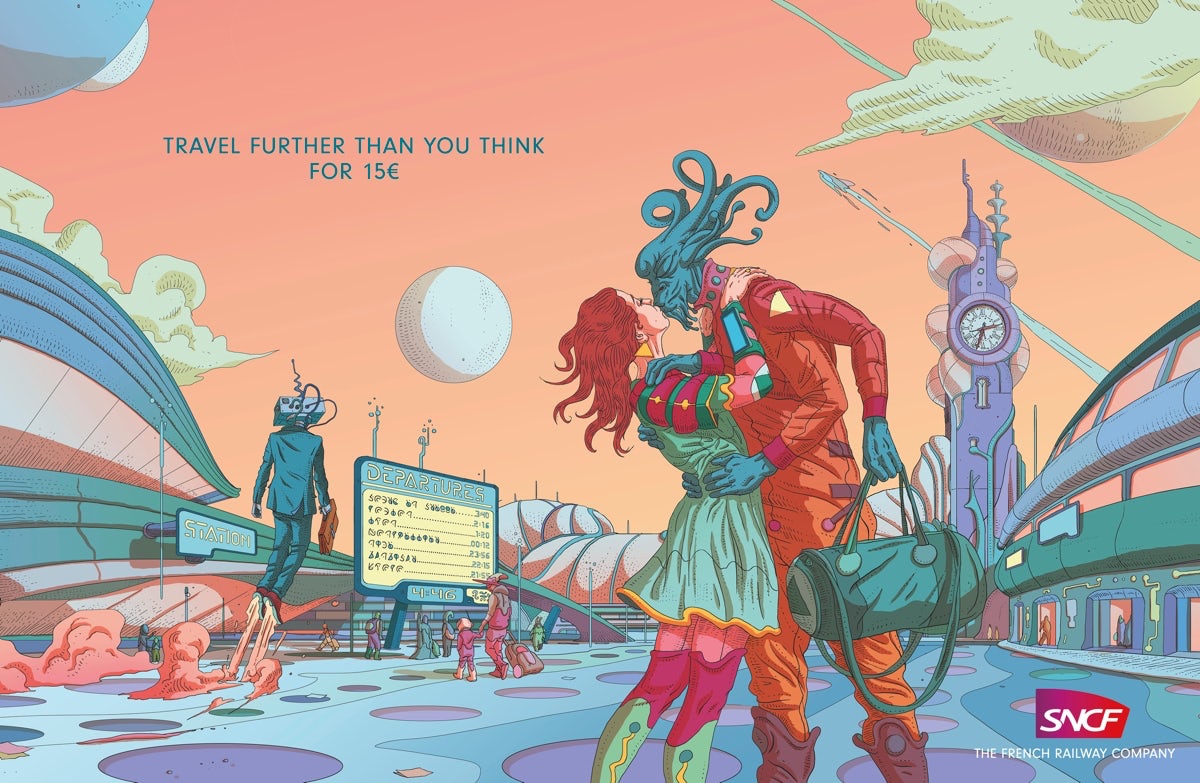 Apparently inspired by science fiction, the two artists drew town, countryside and seaside worlds, as well as a futuristic train station – complete with commuters on jetpacks and tentacled aliens. There’s even a few relatable touches, such as the robot dispensing gluten-free donuts on the beach. 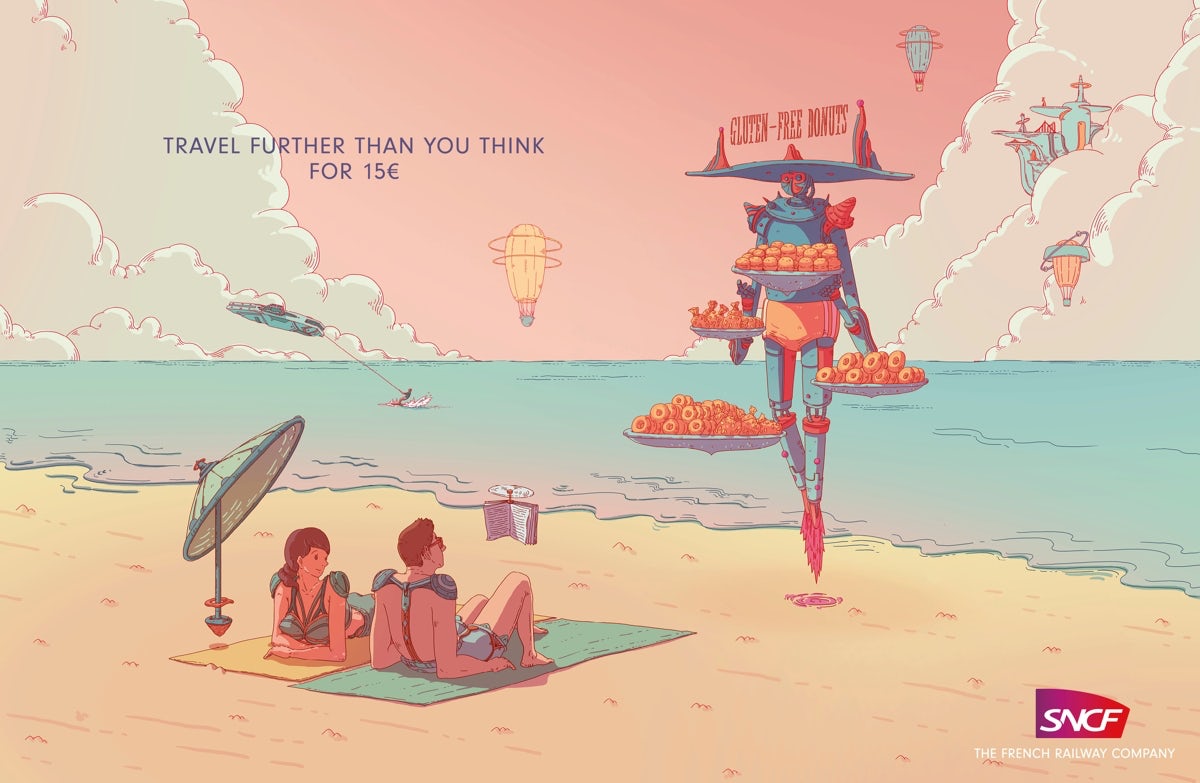 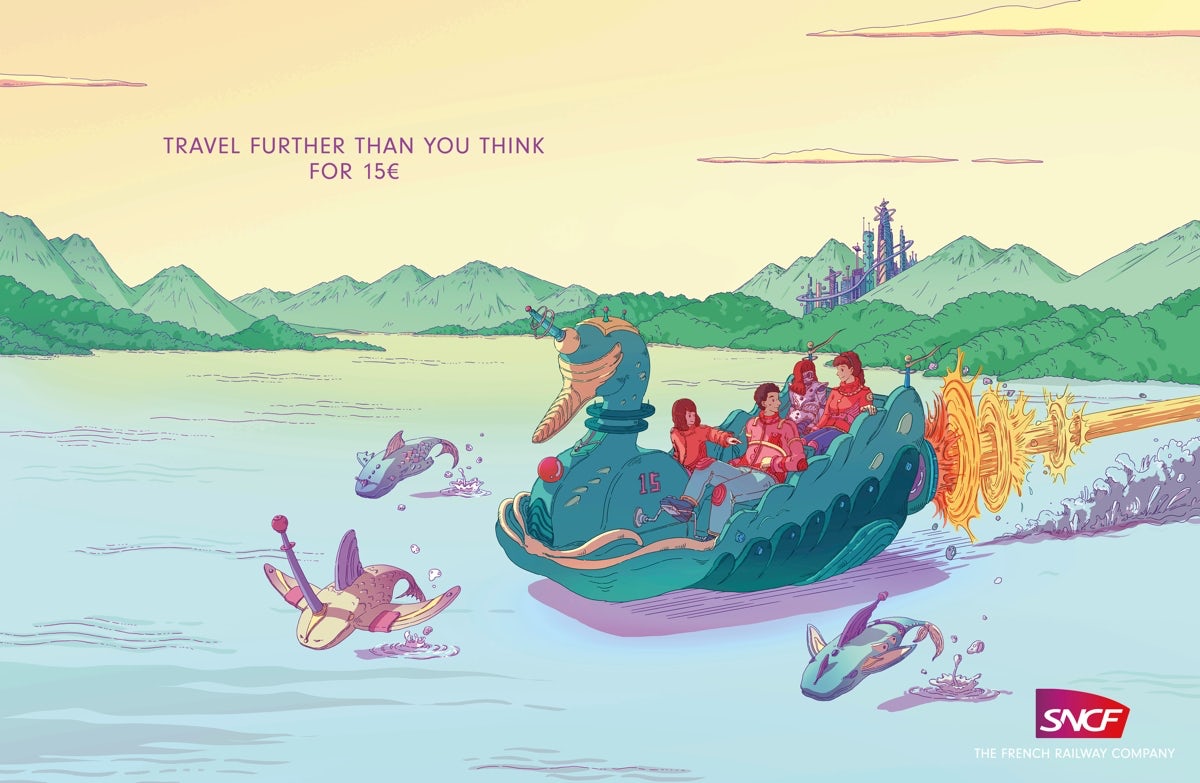 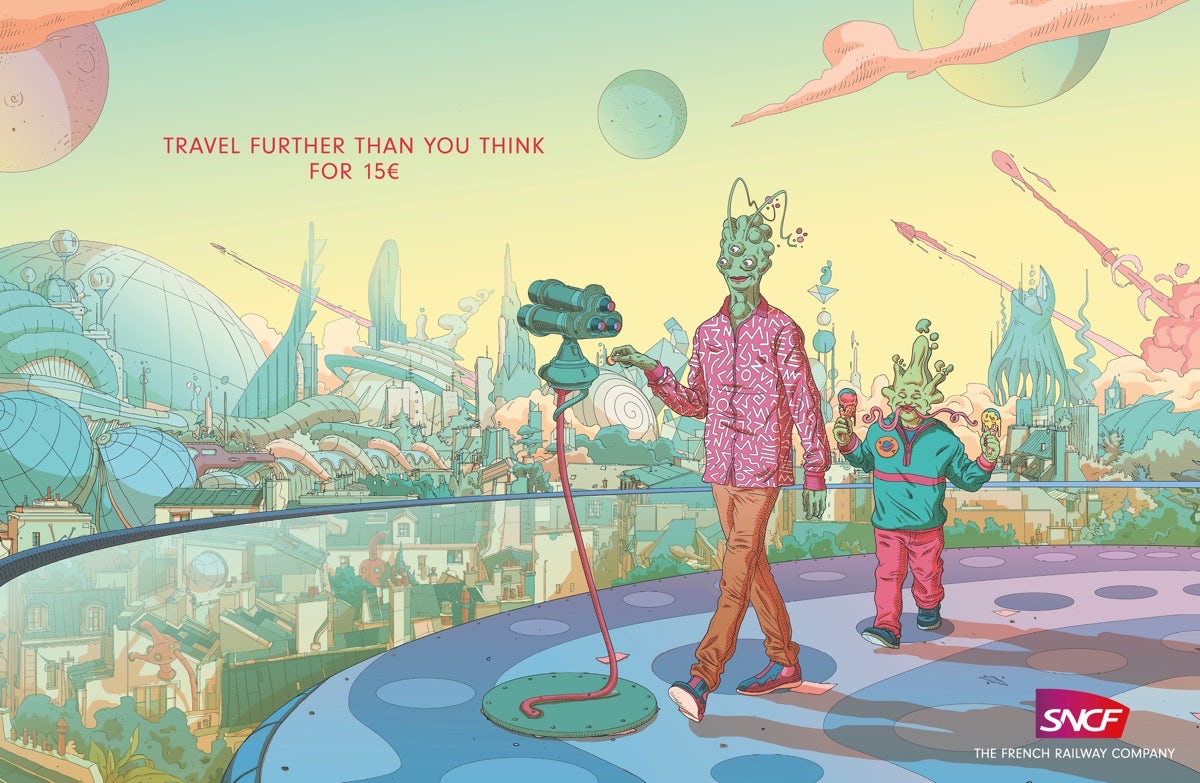 What’s particularly enjoyable about the ads is the focus put on the images themselves, which only have an SNCF logo and relatively restrained tagline to compete with.

The campaign will be featured on radio, online, and as outdoor ads – which will definitely do justice to all of the smaller details of each fictional world.