Our love-hate relationship with social media continued throughout 2019. While we know it’s not always good for us, we still can’t turn away. In terms of creativity, this dichotomy is often stark: social media can make people’s careers, but it can also make it hard to be experimental and can be detrimental to mental health.

Art director Gem Fletcher examined these themes for Creative Review in an article where she spoke to a number of photographers about the ways that social media had affected them. “Social was an obsession for me, it engulfed me, I got so deep into it, and I was putting so much of myself into it, I had to pull back,” said Tyler Mitchell, who gained huge fame in 2018 as the first African-American to shoot the cover of US Vogue in its 125-year history. “My relationship to social changed because I wanted my career to last,” he continued.

Fletcher explored the anxiety that social media can cause, particularly in creatives who are building a career and may be very sensitive to criticism as well as to other people’s success. “No one posts their fails,” said photographer Campbell Addy. “As a young artist, you see someone getting amazing jobs or being signed with a great agent; you can’t help but think, why aren’t I doing that.”

It’s not all bad out there though – one of the major positives of social media is how it has allowed new voices, and new stories, to break through. CR spoke to artist Helen Downie (aka Unskilled Worker) who found success as a painter in her late 40s. Instagram played a huge part in her discovery – she now has over 300,000 followers on there and has worked with brands including Gucci.

However, she acknowledges that the systems behind channels including Instagram are not always positive. “Instagram creates a very specific value system which isn’t always compatible with making art,” she explains. “I have to mentally disconnect from the numbers but not from followers, who I like interacting with. I do prefer to be less visible; I want my work to be seen, but [I don’t want to be].”

Instagram has recently begun testing hiding the number of likes that posts get, making the stats only visible to the person who posts the imagery, in an attempt to address the divisiveness likes can cause. There are other ways you can rig the system too. In February, M&C Saatchi’s then-head of visual content Mimi Gray launched Visual Diet, which hoped to “empower people to take back control over their visual consumption by challenging the way we currently devour imagery and interact with social media”.

Visual Diet encourages users to subscribe to art channels, in order to break up their Instagram feeds with thoughtful, enriching imagery. “The premise of Visual Diet is simple: look at more of the stuff that makes you feel good and restore some balance to your visual diet,” explains Gray. “Filter your social media feed. If it’s full of influencers flogging teeth whitener, Bali beach bums and plastic-enhanced selfies – and if that’s making you feel shit – then it’s time to do some unfollowing.”

As well as allowing new artists and creatives to come to the fore, social media is also changing art and design criticism as both new critics and the old guard show how artworks can be discussed in a different way on social.

In design, Stefan Sagmeister is two years into a project where he reviews work that has been sent to him on his Instagram channel, offering the benefits of feedback and exposure to his many followers as part of the package. Speaking to CR, Sagmeister reflected on the online ‘salon’ he has created. “I critique about one out of every ten pieces sent in,” he said. “I select them either if they delight me, or if they have some merit and I suspect I could nudge the designer into pushing it just a bit harder to be truly good. Very rarely do I also review pieces that I don’t think are good, unless the piece is bad in a way that is quite common and I can make an overall point.”

@giusepperusso_1992 writes: I’m bored seeing the usual resumes that designers send out. I said to myself: why limit your imagination, your freedom? In the end a curriculum must also convey your personality. ⁠⠀ ⁠⠀ my review: I tried something similar when I was 20 years old in London, sending out CV's that were all handwritten on extra thin poster sized paper. ⁠⠀ It did not work. ⁠⠀ ⁠⠀ I find the design of CV's extra interesting, as it allows a designer to show that she/he understands typographic hierarchy and is able to put important information into a quickly legible and beautiful form. I would give this another try.⁠⠀ ⁠⠀ If you want your project reviewed within this space, email me a square jpeg or mov file on white or black background, do include your IG address. Please do not send in designs based on the work of another designer. ⁠⠀ StefanSagmeisterig@gmail.com

This year saw the emergence of new social channels, including TikTok. Facebook attempted to consolidate its offering with a rebrand of its wider company, while Instagram continues to be social media channel of choice for creatives, even if it can be overly draconian in its approach to censorship.

Rumbling alongside these broadly positive feelings though is an ongoing sense of unease around social, in particular of whether it is designed for the good of humanity. We asked how design could improve its future, and received plenty of suggestions for change. 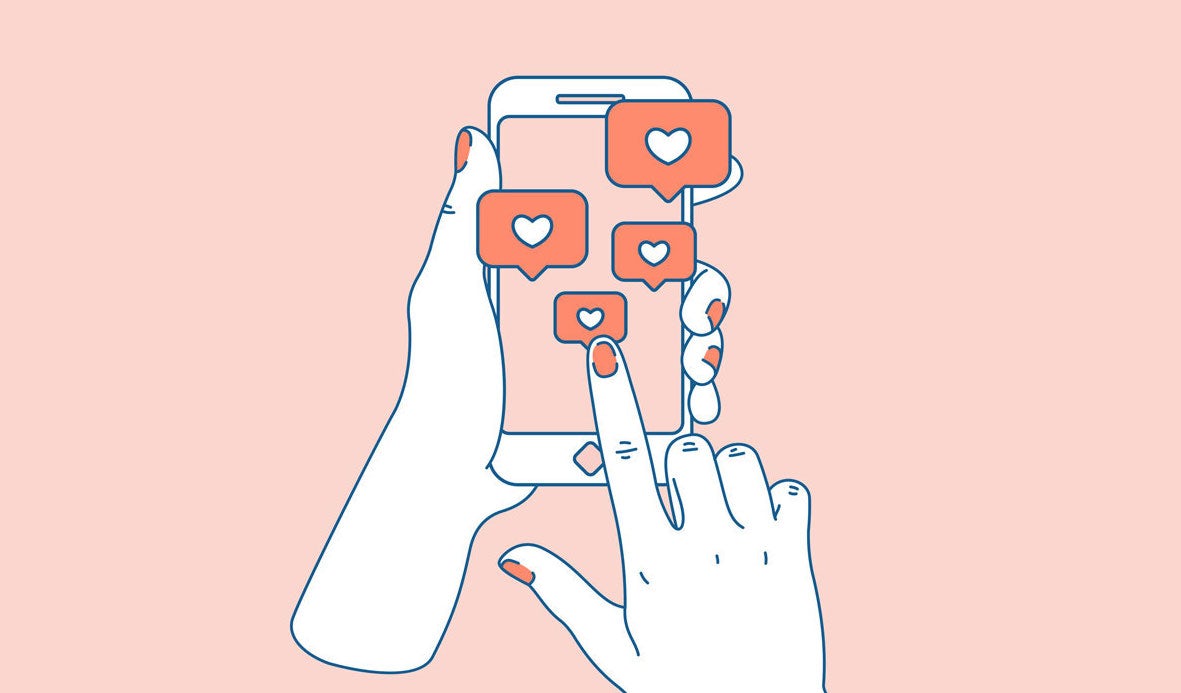 Some of these ideas were fundamental. Laura Kalbag, a designer and co-founder of the Small Technology Foundation, a non-profit working to protect people’s privacy online, believes we need a radical rethink. “All of the worst, most annoying or harmful, features of today’s social media platforms stem from one root cause: the business model,” she says. “Whether [a social network] is trying to target advertising at you or keep you hooked on its platform, the aim is always to extract information about you and monetise that information.”

“Rapid growth and returns are not sustainable and invariably lead to a platform prioritising monetisation over the experience of the people using it,” she continues. “If we’re not looking to build platforms that scale to the whole world, or require a monopoly to be financially sustainable, we can also focus on networks that better serve smaller, more local communities. You don’t really need to be connected to everyone in the world to share photos of your kids with your friends and family – and it’s actually probably safer if you’re not!”

Anub Jain, co-founder of London creative studio Superflux, said she would like to see some nuance introduced to social media, as an antidote to all the shouting, manipulation and extreme content that lands there currently.

“If I could create one thing, perhaps it would be slow social media,” she explains. “From a creative practice point of view, it seems obvious that people are creating work for Instagram. It’s all about that instant reaction … but I wonder, is it possible to create a platform that is social and engaging but enables complex thoughts? And is there a way to surface complexities?”

Brands too are beginning to see that broadcasting to a massive audience on social media, despite how appealing that might seem on the surface, may not actually result in much engagement. Instead, they are recognising the value of those with smaller but more loyal groups of followers.

Above all though, brands need to be relevant on social media and – that buzzword of 2019 – authentic. And, with younger audiences especially, they shouldn’t be seen to be trying too hard.

“I think if a teenager saw something that a brand was doing that was trying to look and act too much like them, they’d be like, ‘Oh, that’s a bit creepy’, whereas I don’t know whether older audiences will necessarily have the same response,” Lore Oxford, Global Head of Culture and Insights at We Are Social told CR in an article about what the future holds for brands and social.

Finally, brands should also be wary of jumping on bandwagons, and always look at what value they actually get from where they are appearing. “Often, it seems like brands just get side-tracked by the new, shiny things and want to do everything and want to be everywhere and want to use all of the new functions, but then they completely forget [to ask themselves]: does that actually match what we stand for?” says Anna Lappenkueper, co-founder of research and trends consultancy The Akin.

“A certain brand doesn’t need to include AR when it’s completely not relevant to what they do. If it’s not beneficial to you or their audience, then why are you doing it? Is it just because everyone else is doing it?”

There is a lesson for us all there, perhaps.