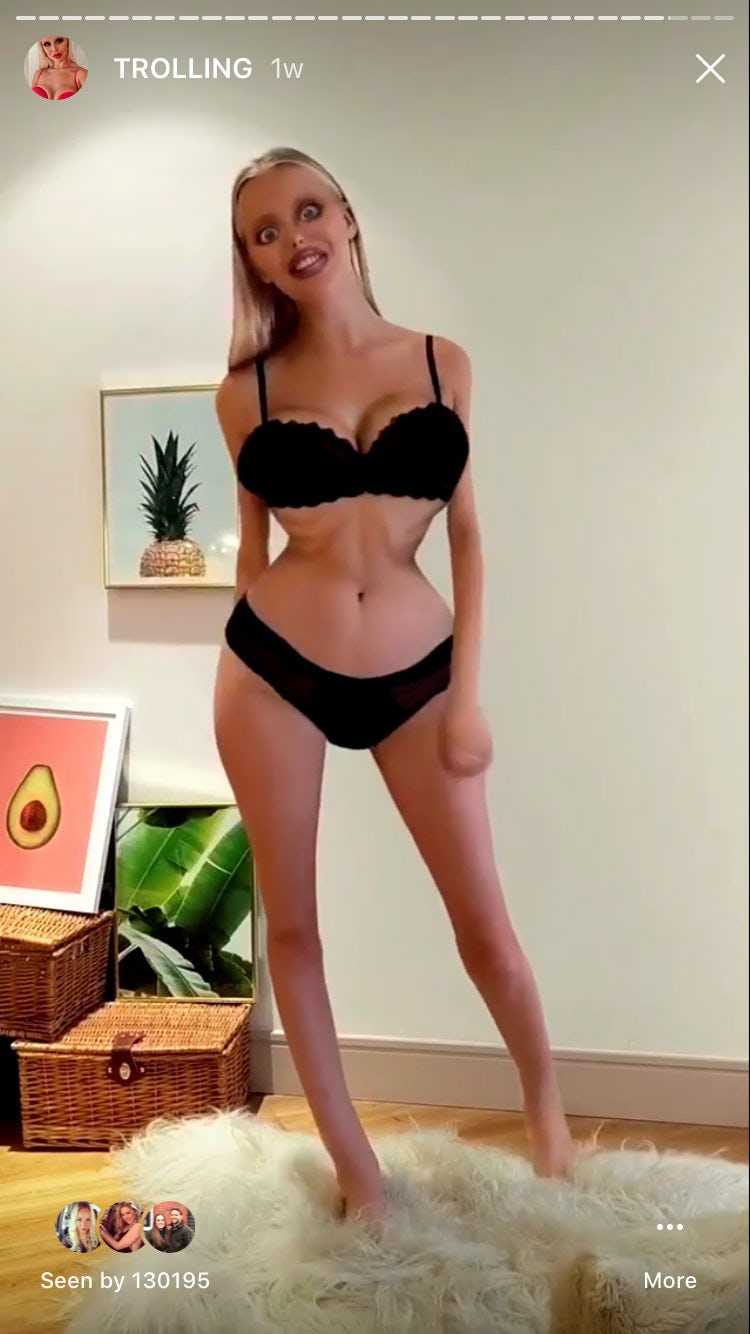 A campaign to highlight cyberbullying, Trolling is Ugly, was created for charity The Cybersmile Foundation, starring social media influencer Chessie King. The project began when King posted an image on her Instagram channel and talked about feeling good about her body, asking people what they thought. The post had 150,000 views in 12 hours, and plenty of critical comments.

King then worked with retouchers to change how her face and body looked in the image to reflect to the negative comments of the trolls. Over several posts King’s physique grew more and more grotesque, and Cybersmile delivered a powerful message about how destructive and cruel trolling comments about people’s looks can be.