The campaign, created by independent agency Mojo Supermarket, is part of the long-running anti-tobacco campaign Truth, and involved the creation of a brand identity, packaging and advertising to sell Depression Stick!, a new brand in the style of other products such as Juul, Vuse, blu, Logic and Njoy, the leading e-cigarette brands popular among young people.

The intention is to highlight how nicotine can contribute to mental health issues, and via a set of ads airing across the US, including on a Times Square billboard in New York, “be the first e-cigarette company to honestly admit vaping nicotine can amplify feelings of depression and anxiety”. 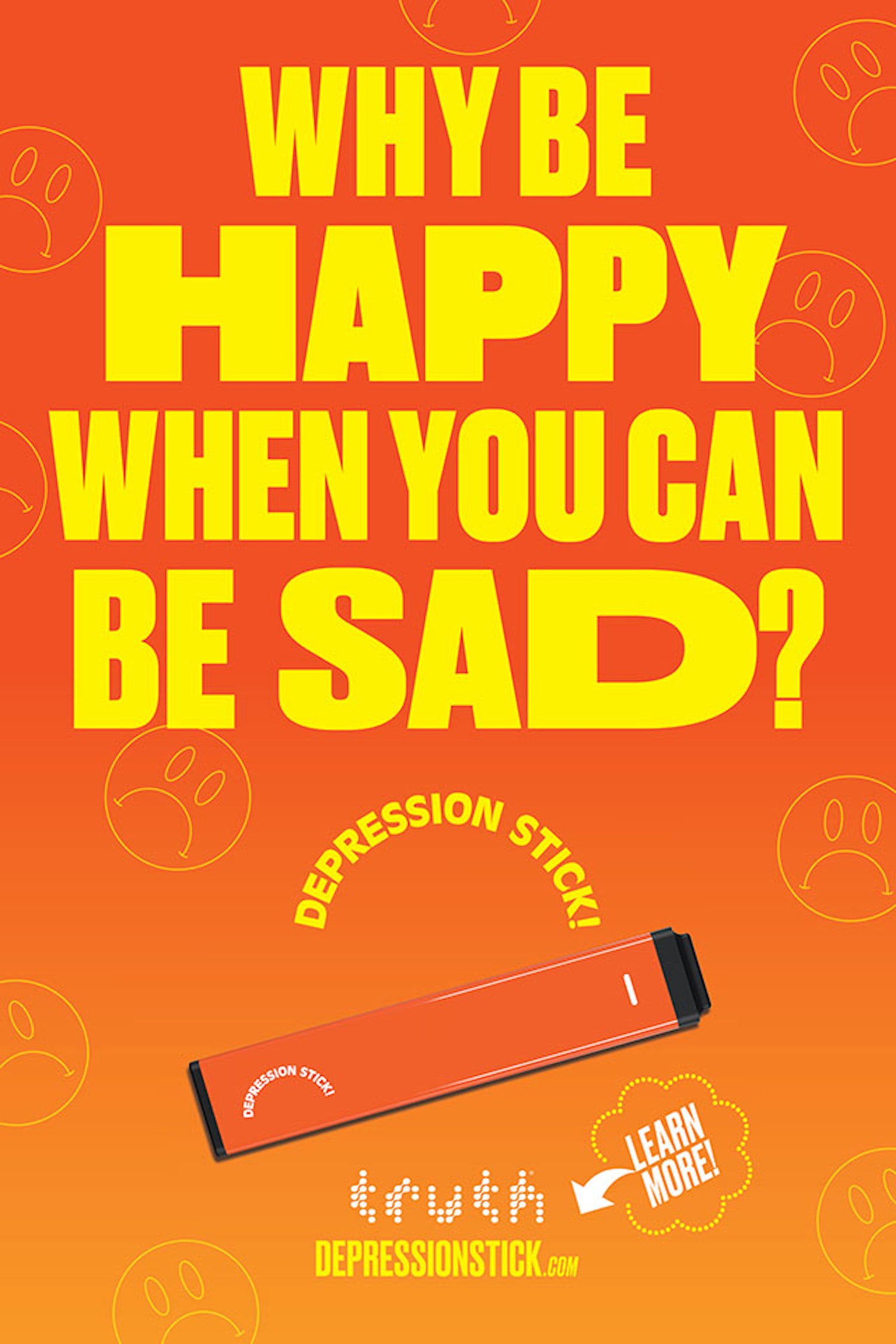 As well as the branding and ads, the campaign includes a series of documentary-style films where Craig, the fictional VP of marketing at Depression Stick!, tries to convince influencers, ad agencies and the manager of a gas station store to sell Depression Stick!

UK readers may be reminded of Chris Morris’ spoof drugs story Cake on Brass Eye, where figures from light entertainment including Noel Edmonds and Bernard Manning were shown in the hyperbolic news report. Here no influencers or ad creatives were fooled however, and instead they reject working on marketing the supposed new vape brand.

While the campaign and branding may be witty, the Truth Initiative’s campaign contains a serious message and arrives with the release of a white paper from the organisation on the affects of nicotine use on mental health in young people.

“Depression Stick! boldly highlights the marketing tactics Big Tobacco uses to lure young customers into life-long addiction and mess with their heads,” said Robin Koval, CEO and president of Truth Initiative. “The multi-platform campaign places the necessary spotlight on nicotine’s role in potentially heightening symptoms of depression and anxiety to give young people the facts they deserve to make informed decisions to live their best and healthiest lives.”

“Vaping has become so normalised in pop culture and many young people don’t even see it as an issue,” continues Mo Said, founder and CCO of Mojo Supermarket. “With everything happening in the world young people’s number one concern is their mental health. We believe that if we could show the connection between vaping nicotine and anxiety and depression, they’d never look at a vape the same way again.”