Created by ad agency MullenLowe and directed by Chris Palmer, the ad aims to encourage child abuse victims and survivors to get in touch with The Truth Project, but also to raise awareness in the wider public about the need to create a general conversation about child sexual abuse.

The film follows on from a poster and radio campaign by MullenLowe last year. It builds on the same sentiment – acknowledging that victims and survivors of child sexual abuse have ‘never been heard’.

The ad uses an empty speech bubble effect to articulate the difficulties people have around speaking up and being heard. To create this effect, the director suggested shooting the ad in-camera instead of using post-production.

“Speech bubbles in ads isn’t a totally original idea – we were conscious of this – and so wanted to ensure the execution would be something we’d never seen before,” explains Hugh Todd, Creative Director. “So after sifting through quite a few post-heavy treatments, we spoke to Chris Palmer and heard his completely different take on the idea – instead of doing it in post, shooting it all in-camera. [We] felt that the more realistic the speech bubbles, the more viewers would be intrigued by them.

“The size of the bubbles was something we debated at length – at one point cutting out cardboard versions of them and holding them in MullenLowe meetings to get the ‘feel’ for what felt right,” he continues. “If they were too big, it would feel impersonal and crass regarding the subject matter. They needed to be in proportion to the people featured.” 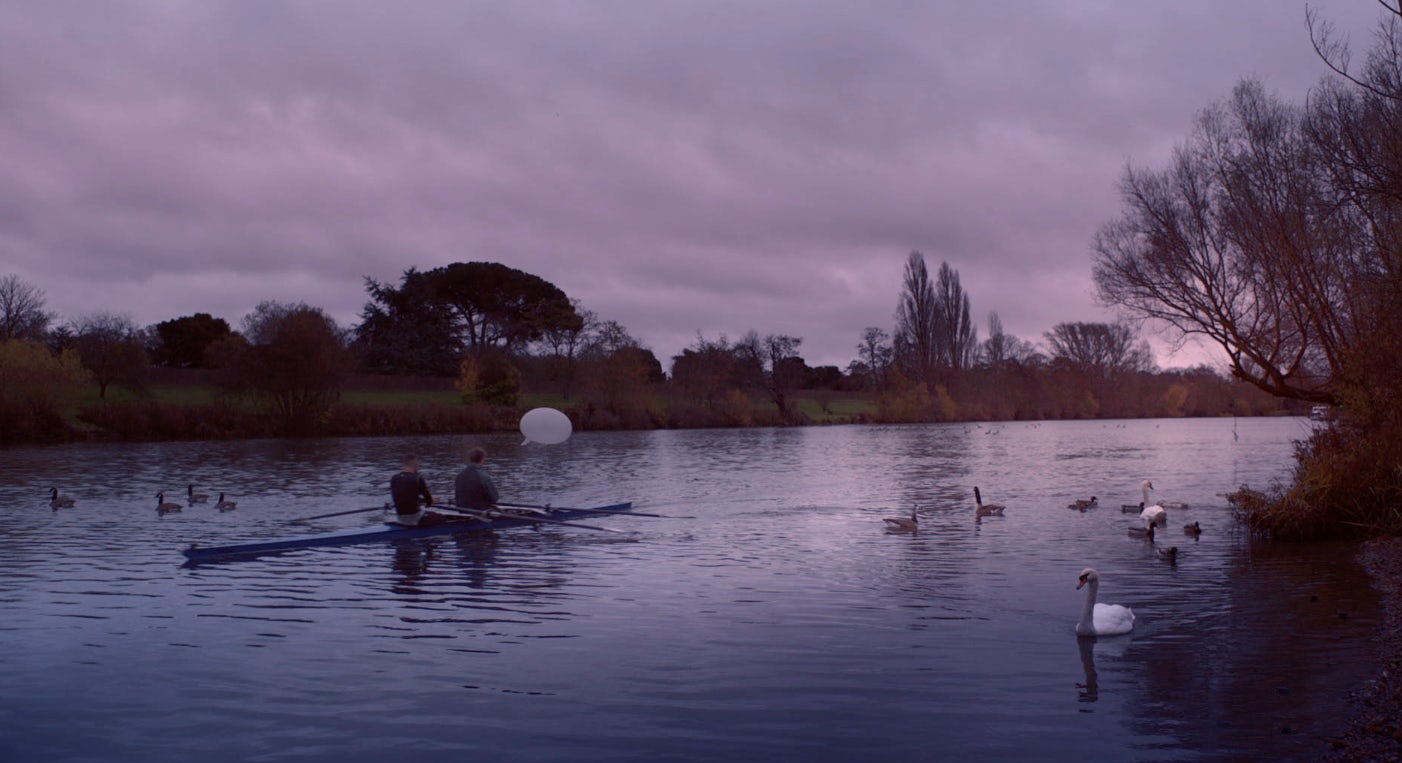 The team went on to create two prototype speech bubbles, one solid and held on a stick and another floating on a chord. “The former worked a treat,” says Todd, “with a bit of flexibility that allowed the balloon to move in the breeze, but not too weak so that the balloon flapped around. Shooting this way, the balloons started to have a life of their own – the movement becomes a little mesmerising.”

The film will run on TV and online. In addition, a large-scale activation is planned for February involving speech bubble balloons flying above the London and Cardiff skies.