In an age where esports are becoming intertwined with the Olympics, and the first ever Fornite World Cup this year dished out £24 million to winners, it’s safe to say that gaming and entertainment are evolving. Livestreaming has everything to do with it, and as such, all eyes are shifting to leading platforms like Twitch, which has just launched a brand refresh for the first time since it was founded in 2011.

The new look followed a period of “soul searching”, explains ECD Byron Phillipson, and it’s been a long time coming. “Everything about Twitch has been created in real time,” adds Joel Johnson, Director of Consumer Comms. “It’s a very organic company that started out as essentially just a service that could do a trick, which was real time streaming. Everything, as the community has built up around it, has been added on and added on.” It finally felt like the right time to pay some due attention to the look and feel as the brand moves forward.

Altogether around a year in the making, the launch has been timed to coincide with TwitchCon weekend. The annual event is set to welcome 25,000 community members each day, where they can engage with other fans, trial new games and promote their own brands. Twitch’s first ever brand campaign will also be teased out in the coming weeks, and builds on the brand’s fun mish mash of retro gaming aesthetics and meme-inspired gags.

The refresh involves numerous aspects, including a revisited logo, new typeface, and sharper product layouts. Twitch’s recognisable purple hue has also been enhanced and there’s a new, extended palette of 24 colours – nicknamed after pop culture and gaming references, like Sonic and Pac – which will be threaded throughout the product experience.

However the team in San Francisco seems reluctant to overegg the changes. The term “evolution” is bandied about in place of the more radical language that many branding projects often involve, and it soon becomes clear why.

“If you ever go to TwitchCon, you’ll see multiple people with the Glitch mark actually tattooed on them, so we needed to be sure that we weren’t changing things up too much, but just enough that it felt just right and really set us up for the future,” explains Phillipson. “I guess we already have an iconic brand that people on the platform already love and adore for the most part, so we didn’t want to have too much of a departure from that.”

Rather than doing a dramatic overhaul or introduce changes that nobody asked for, the identity has been tweaked and tightened up. “We started with our wordmark. We approached it a little bit differently than a traditional company would where they have a new icon, a clear sans serif watermark, and they call it a day. We ended up with more than that,” explains Creative Director Sam Johnson, who reveals that they will now have four wordmarks, each apparently with its own use case. “That block-y letterform, that extruded typography, is something that we really feel like we own, so we doubled down on it.”

Fans will likely be pleased to hear that its logo, personified as Glitch, remains very similar to its predecessor, the only noticeable difference being the extent of extrusion that’s also been ramped up here. It’s now “pixel-perfect”, according to Sam Johnson, meaning it’s better scalable, more rigorous and altogether tidier.

Twitch is also rolling out a new typeface across the whole of its marketing and product, going with a customised version of Roobert – which was created as a nod to engineer and electronic music pioneer Robert Moog, known for his eponymous brand of synths. “It’s inspired by the type that was actually etched into these first commercial [Moog] synthesisers back in the 70s,” explains Sam Johnson. “This really young, incredibly talented typographer in the Netherlands, I believe, was inspired by that and he built an entire typeface off of that, which we thought was really interesting. It led to this very modern typeface but it was really quirky, kind of like the Moog typeface was.”

At the centre of the update is Twitch’s community, something the team kept in mind throughout the process. “The people who are creating products, we’re in the community,” explains Choi. “A lot of us are streamers, we are gamers, we’ve been fans of Twitch long before we joined, so we have so much empathy for the users that we can’t possibly design anything without thinking about how it would impact people.” 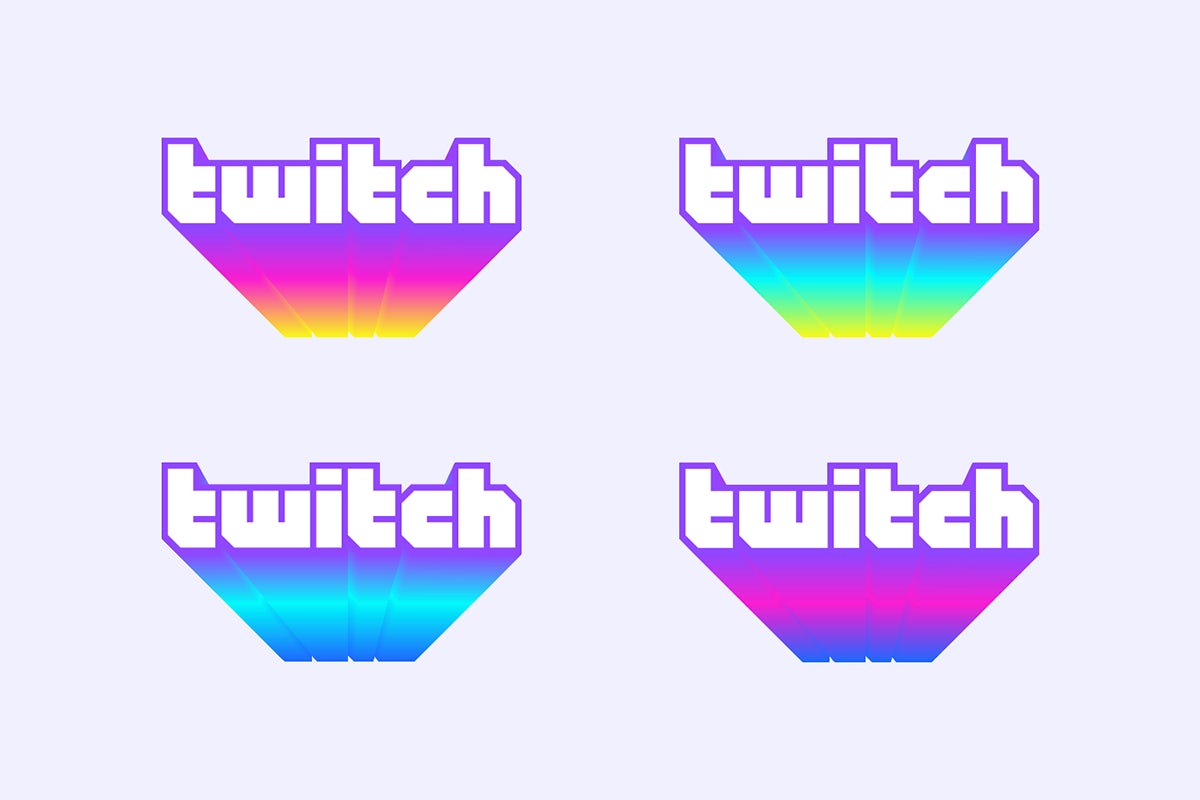 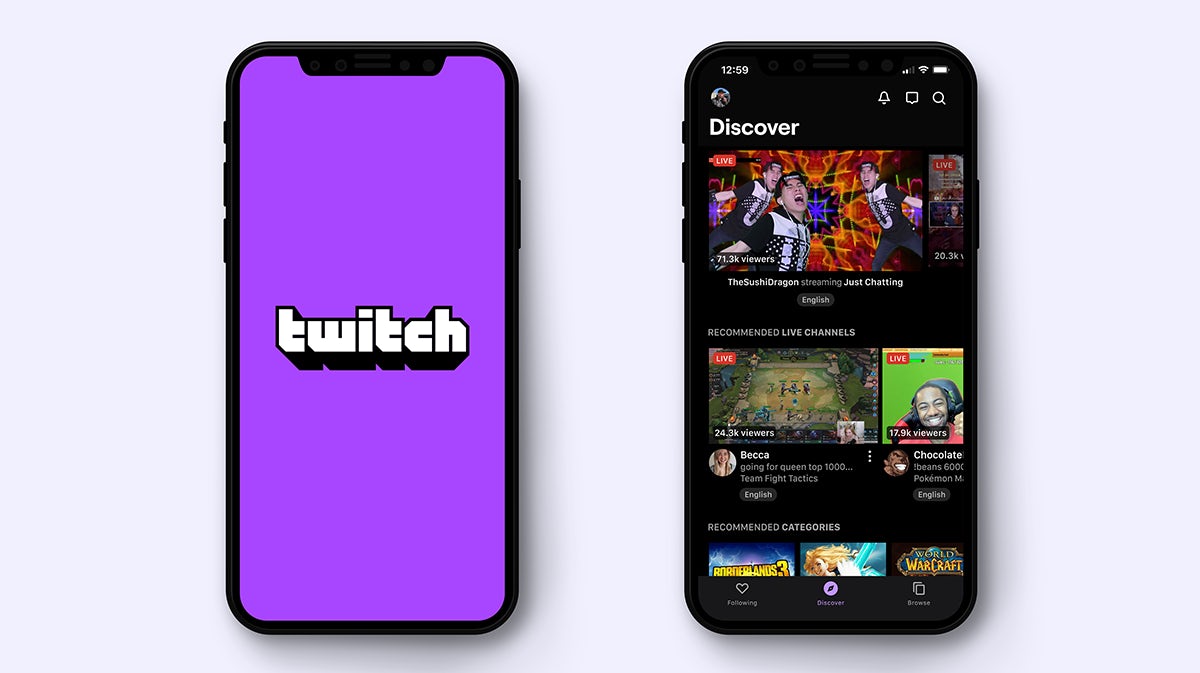 This comes through in the bigger, edge-to-edge video player, which is naturally intended to display more of the stream, but also more of the streamer’s branding. It’s one of several features said to help push creators’ brands, signalling the growing emphasis on the financial opportunities of streaming, in an era where gaming is set to be advertising’s next big target and content creators are forging lucrative businesses through their channels.

Twitch’s refresh may be designed with its members in mind, but how does the team feel they’ll react? “Change is never an easy thing for anybody to grasp, but I really believe we’ve landed on something that can be fully embraced by the community,” Phillipson says. “We cleaned up our interface, we cleaned up the product, we cleaned up the brand identity,” adds Joel Johnson. “But at the end of the day, it’s still Twitch.”