For those of us who get to spend Christmas with someone who is legitimately still allowed to believe in Santa, a child’s love of all things festive is undeniably infectious.

Uber is hoping to tap into a nostalgia for childhood gifts with its latest campaign in Paris, which lets users upgrade their journey to travel in one of the app’s adult-sized toy cars.

Produced in collaboration with DDB Paris, the campaign allows users to select the Uber Toys option within the app, after which one of the six toy cars on offer will rock up to take them to their destination.

Options include a giant toy farm truck, a wind-up car and a turquoise camper van, complete with unicorn and flamingo inflatables. 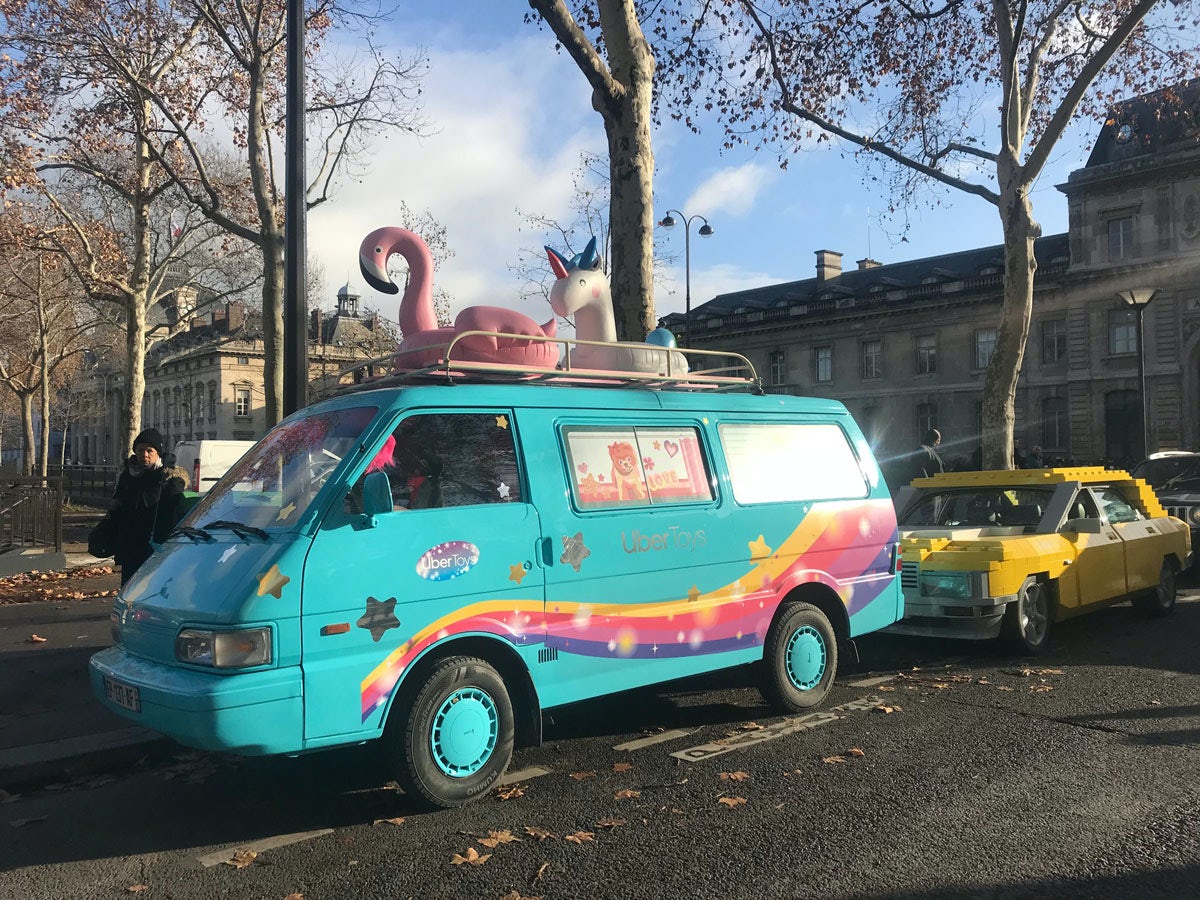 It’s not the only dose of festive cheer that Uber has been providing this year. The app’s food delivery service, Uber Eats, has also teamed up with Coca-Cola to deliver Christmas dinner (and a personalised bottle of Coke) to workers who are stuck in the office on Christmas Eve.