The UEFA Nations League is “a new competition that aims to ensure the continued success of national team football by replacing most friendlies with competitive matches and by allowing all nations to play against equally ranked teams,” the European governing body say.

It will begin in September 2018. All 55 football associations that are part of UEFA (i.e. all European countries) will take part. They will be organised into four leagues (A, B, C and D), according to their official ranking. So the top 12 ranked teams will be in League A, and so on. There will be promotion and relegation between the leagues. Games will be held over six matchdays, during September, October and November 2018. A UEFA Nations League Finals competition for the teams that win the four groups within the top division is scheduled for June 2019.

Confused? Join the club. Really, it seems to be an exercise by UEFA in protecting the value of international football against the boredom of too many meaningless friendlies and the threat of the Champions League, which many fans have decided offers much better quality football.

Anyway, enough of the football, what about the design? Y&R Branding, which is based in Portugal and has previously worked with UEFA on other major tournaments, has created a vibrant identity based on the flags of the competing nations and the centre circle of a football pitch.

Y&R’s work for UEFA (including the identity for its 2020 European Championships) has been consistently innovative in what was previously a sector of design renowned for clunky visual metaphors awash with clumsy gradients, swooshes and tortured ball-related symbolism.

This bright, lively, graphically pleasing system may well be the most entertaining thing about the Nations League. 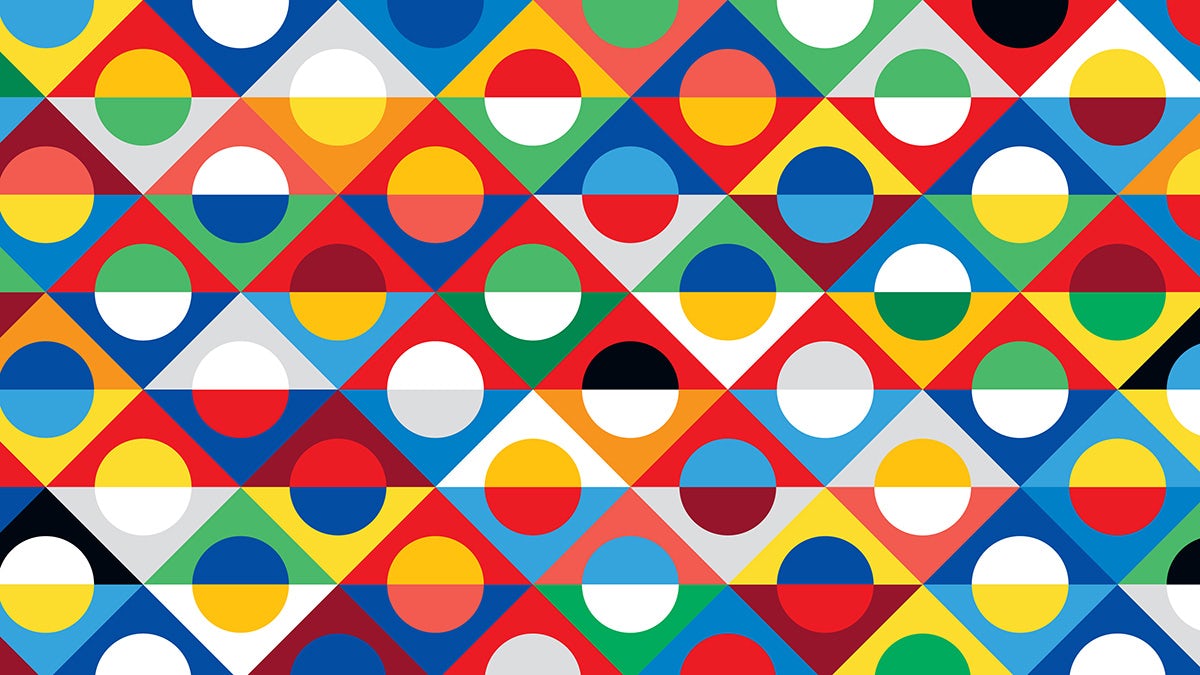