As the Cop26 Climate Change Conference kicks off in Glasgow, the United Nations Development Programme (UNDP) has unveiled a new film that urges more climate action from global leaders.

Released as part of the organisation’s Don’t Choose Extinction campaign, the film focuses on the key issue of countries around the world spending hundreds of billions of dollars on fossil fuel subsidies while billions of people live in poverty.

Bursting into the United Nations General Assembly Hall, famous for history-making speeches by leaders from around the world, a talking dinosaur tells an audience of shocked and bewildered diplomats and dignitaries that “it’s time humans stopped making excuses and started making changes”.

Activista also teamed up with VFX studio Framestore to bring the computer-generated dinosaur to life. “We studied the way great speeches were delivered in film and TV and approached this project with the same cinematic language (just with a dinosaur as the orator),” says director Murray Butler. 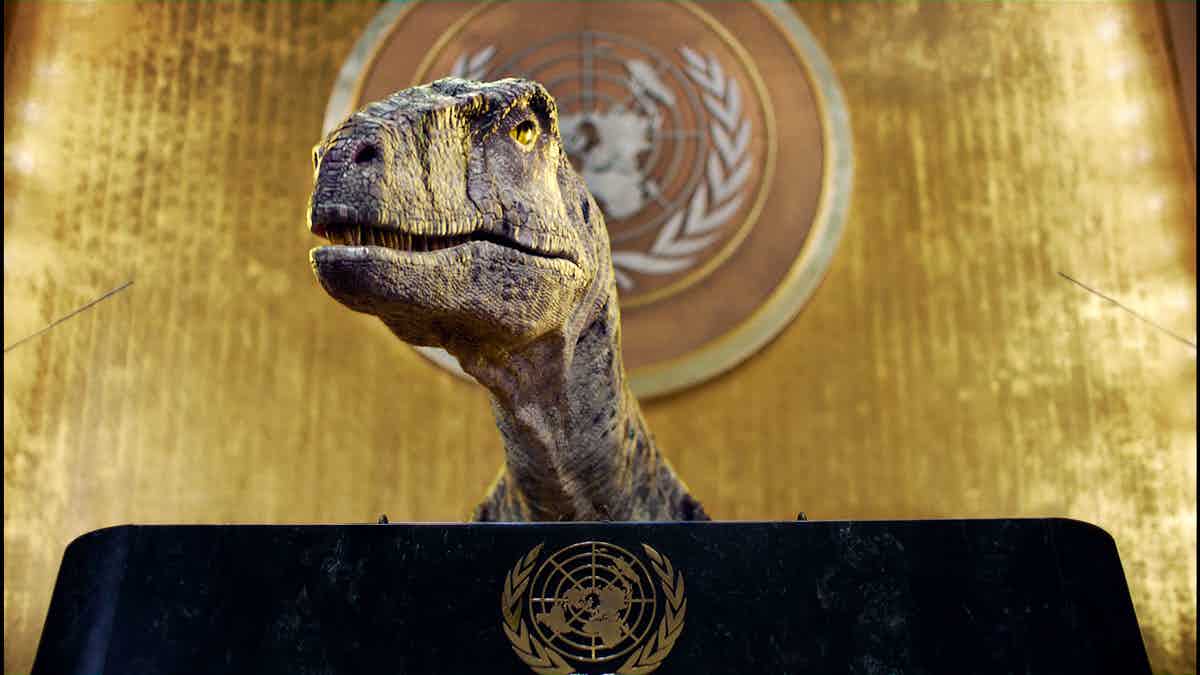 “We opted to use two cameras, which enabled us to covertly capture spontaneous reactions and cover action from a variety of levels and angles throughout the hall. The stirring musical score, our computer-generated dinosaur hero, and the UN staff members and delegates who volunteered their time to play the role of the audience each brought this incredible film to life for an important cause.”

To encourage viewers to take action, the campaign is accompanied by a digital experience called The World of Excuses. Created by Wunderman Thompson Australia, it aims to help motivate individuals from apathy to understanding and action by arming them with inspiration, tools and experiences.