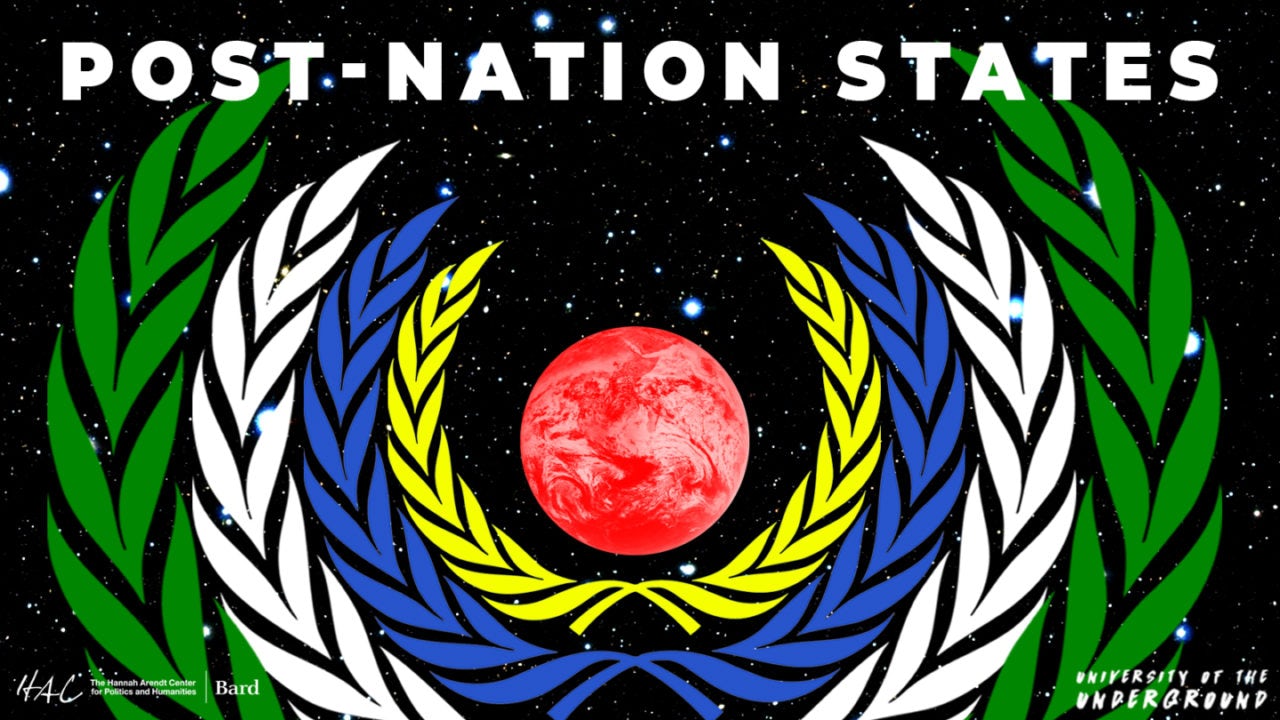 Nelly Ben Hayoun’s University of the Underground was founded as a radical alternative to traditional art schools. It launched in 2017 with a free two-year MA programme, which invited students to explore how experience design and art forms from music to theatre could be used to challenge the status quo within governments and institutions.

Its first cohort of MA students have just graduated (we’ll be taking a look at their progress later this month) and the University of the Underground is now offering a free summer programme in New York.

Titled Post-Nation States, the summer school will run from August 1 to 31 and will give 15 creatives the chance to “develop, write, design and perform reenactments on the history of the United Nations”. Students will be tasked with drawing on a wide range of sources – from sports to music, poetry and literature – for inspiration and will present their work to diplomats at the end of the course.

The University of the Underground says the programme will offer “critical new perspectives on the plausible future of nationalist politics and national and post-national political formats”.

“Through their interventions, participants will bring new perspectives and reflections to bear on the past, present and future of the United Nations … the goal being to activate new models for politics using theatrical, musical, and other experiential practices,” it says.

The programme is run in partnership with the Hannah Arendt Center for Politics and Humanities at Bard College and is inspired by the late philosopher and political theorist’s work. While some of Arendt’s writing (which includes The Banality of Evil, The Origins of Totalitarianism and The Human Condition) proved controversial when it was published, her explorations of pluralism and the conditions that allow totalitarian regimes to thrive have taken on a new urgency in an area of rising populism and nationalist rhetoric.

The summer school is part of a new initiative, The Unconventional Research Office, which will see the University of the Underground host a series of programmes to support “the development, identification and empowerment of countercultures in institutions across the world” throughout this year and next.

Applications close on July 7 and interviews will take place the following week. You can find out more about the course and how to apply here. You can also read our interview with Ben Hayoun, in which she discussed activism, politics and education, here.