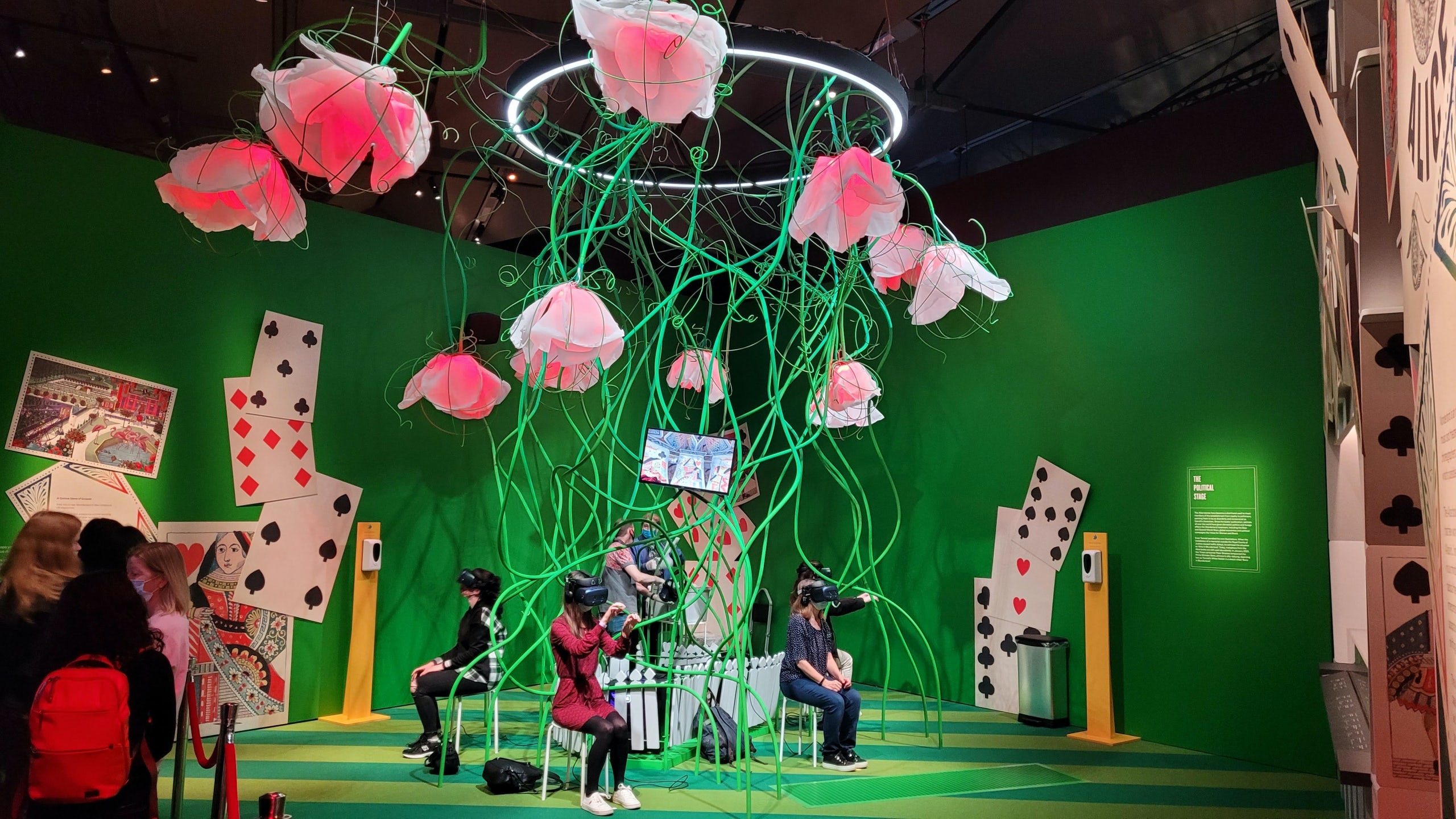 Ever since Lewis Carroll first shared his books with the world, the stories of Alice in Wonderland have continued to inspire. To celebrate this tradition of innovation, the V&A Museum in London extended the adventures of Alice into virtual reality as part of their major 2021 exhibition, Alice: Curiouser and Curiouser. To bring this to life, the V&A and HTC Vive Arts partnered with Preloaded to create Curious Alice.

Curious Alice is a mind-bending VR trip to Wonderland, in which visitors’ own curiosity and exploration are rewarded. With none of the spatial constraints of the physical world, the experience plays on a sense of scale and freedom of experimentation which is only possible in VR.

Preloaded used in-game techniques such as virtual props to help anchor the user’s field of vision. The experience was designed to avoid motion sickness and make visitors feel safe as they transform and travel between chapters throughout the story.

For accessibility, the Vive Hand Tracking SDK was used to create VR interactions that felt natural while staying true to the original story.