Photographer Valya Lee’s ongoing series Big Little Brother is about the transformation of the modern world, and the relationship between Russia and China.

Lee was born in a small town in Russia’s far east, where a river separated her village and the border with China. The Chinese village on the opposite river bank used to have clay houses but over time the village grew into a large city, illuminated by bright lights. “Now one of the main attractions of the place I lived is to see lights of that city in the evening,” says Lee. “For some time I studied and worked in China and the idea of this project came to me after I gained a deeper understanding of the intersections between Russia and China.”

It was when speaking to older generations of Chinese people that Lee often heard Russia referred to as ‘dàgē’ or ‘the elder brother’ who helped build their communist state. Nowadays, China is the leading export destination of Russian goods and since 2019 has been the major import partner too.

Lee believes there’s been a role reversal of sorts between Russia and China’s mutual influence, and the growing number of tourists arriving from China over the years is proof of that. Now it seems as though Russia is moving to follow China, and almost playing catch up. Lee’s photographs aim to explore this dialogue in a mixture of documentary and street photography, offset by staged and almost garish still life images. 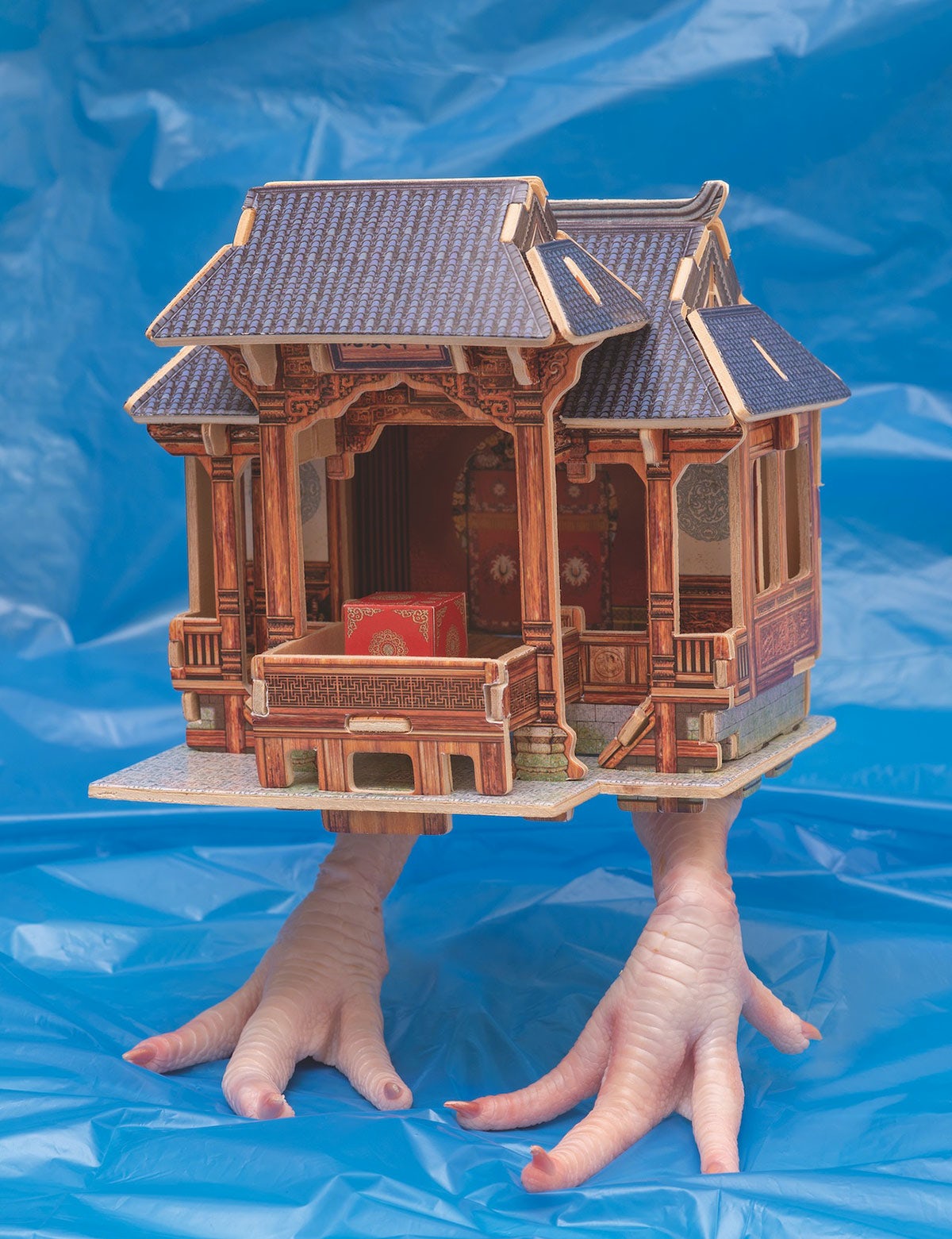 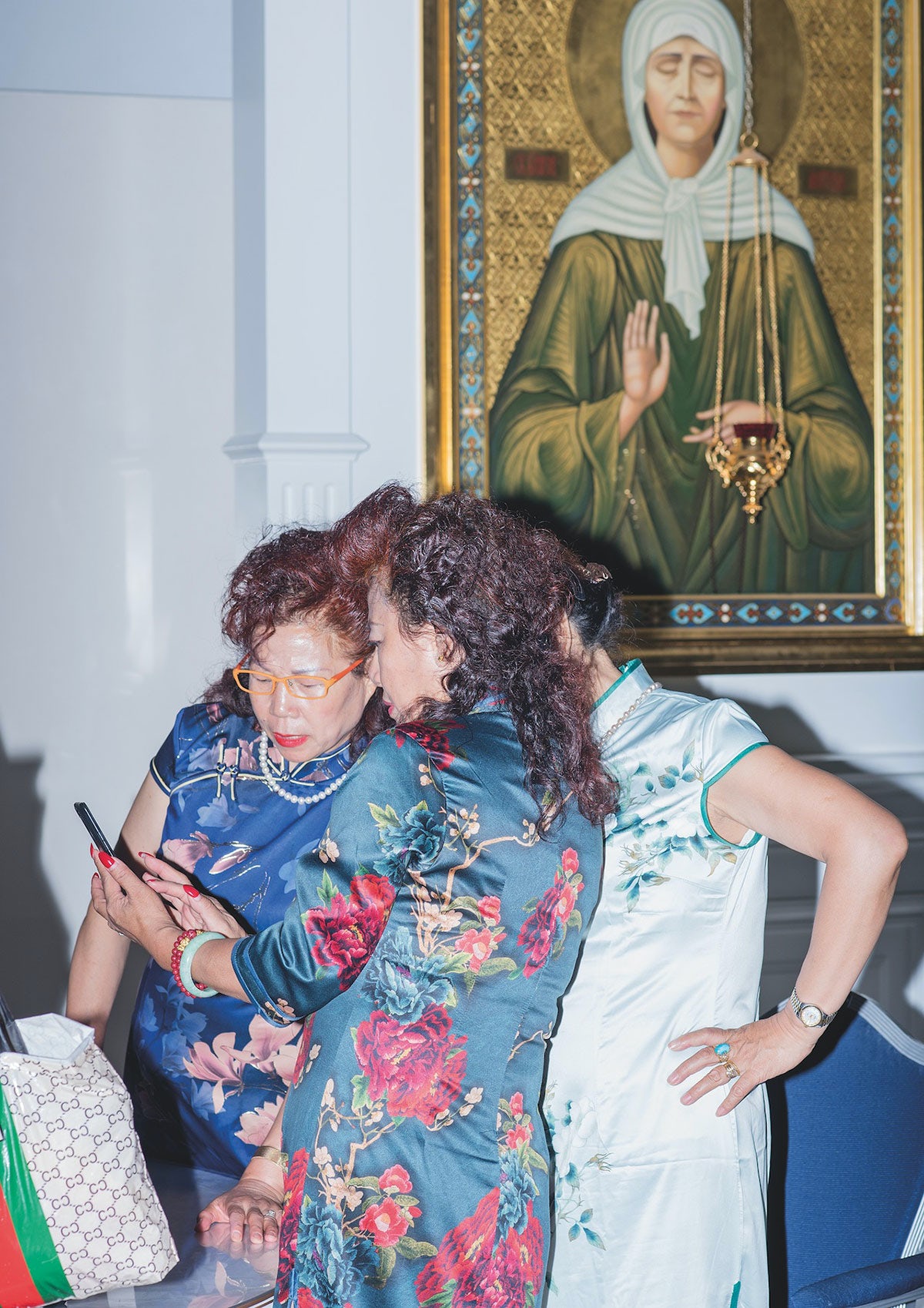 The street photographs were taken in Moscow and St Petersburg, mainly in the tourist traps as Lee felt like that was where the contrasts could be found. “If I shoot on the street I usually try to find some strange combination of two cultures,” she says. “When I’m shooting still lifes I like to combine incompatible objects from said different cultures to build something new.” Lee cleverly weaves in symbolism from both countries as well as an unusual fusing of past and present.

In one image is a group of Chinese tourists crowding around a smartphone in front of a painting of an orthodox icon. In another, a Matryoshka doll has been painted vivid red and is paired with gold Chinese tree mushrooms. Both colours are commonly connected to Chinese visual culture, but red is also a nod to communism and the Russian revolution. 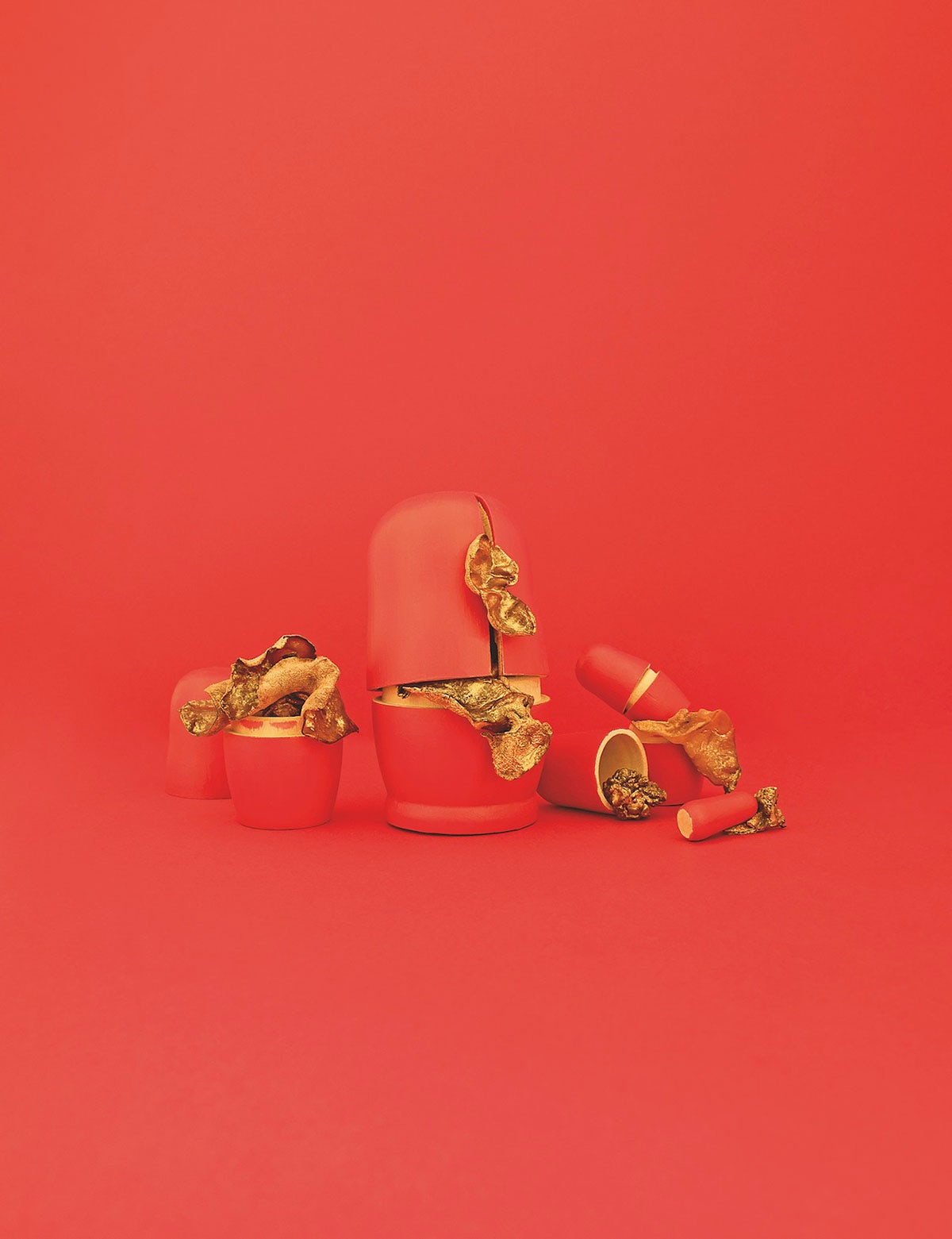 Lee enjoys experimenting with her images, and she says the only challenge she’s faced so far has been the presence of Covid-19 in limiting her travel and completing the series. “I think most of the project is already done, but there are processes and events that are taking place now, the pandemic for example, which I feel should probably be reflected in my project,” she explains.

So far, Lee has offered an alternative visual language to convey her interpretation of the connections between Russia and China. She also hopes Big Little Brother highlights that differences are a good thing and should be embraced. “Perhaps it’s a bit trivial, but I want [the project] to say that everything constantly changes, it is the core part of our modern world, and there is no point to be afraid of it,” says Lee. 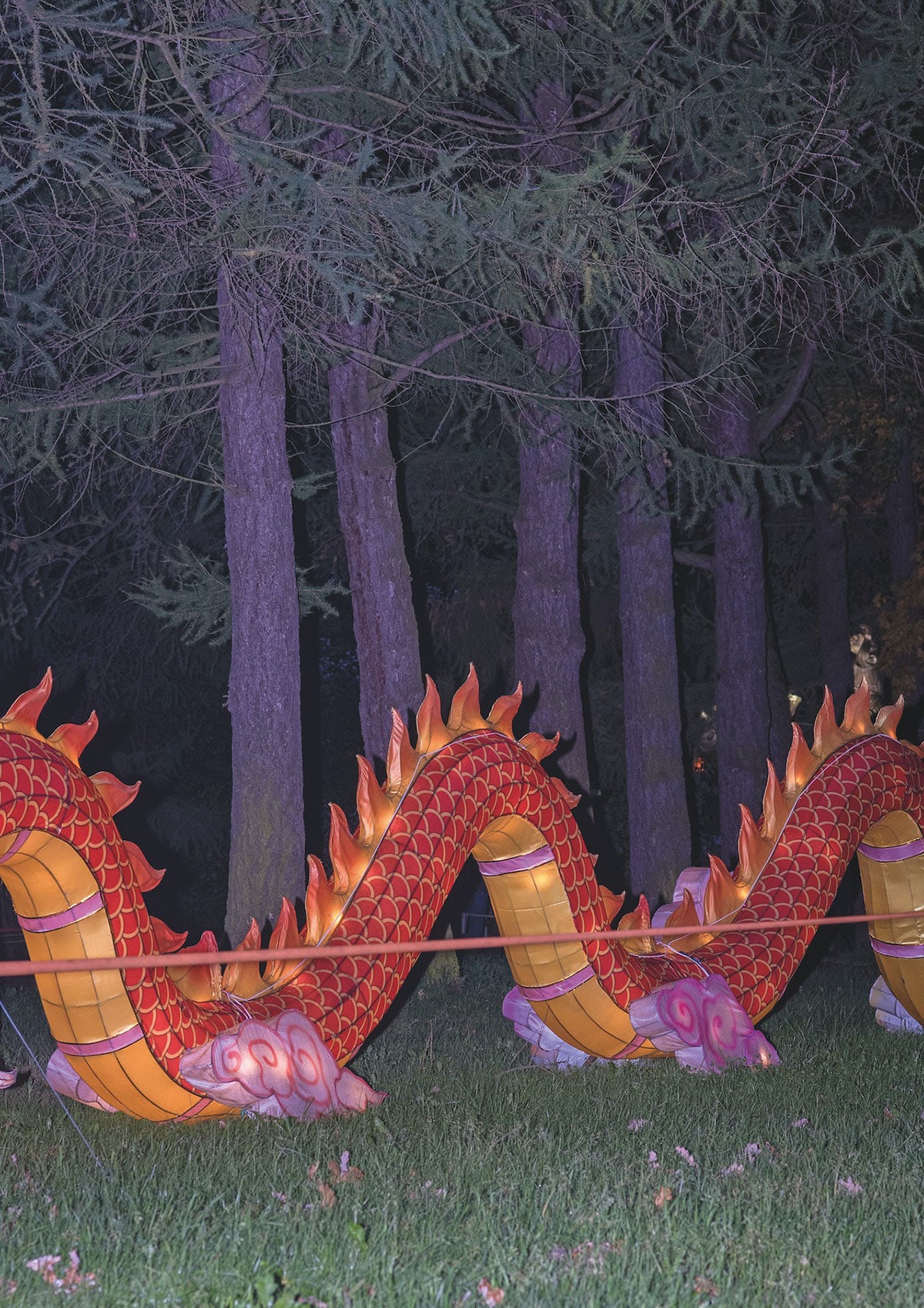