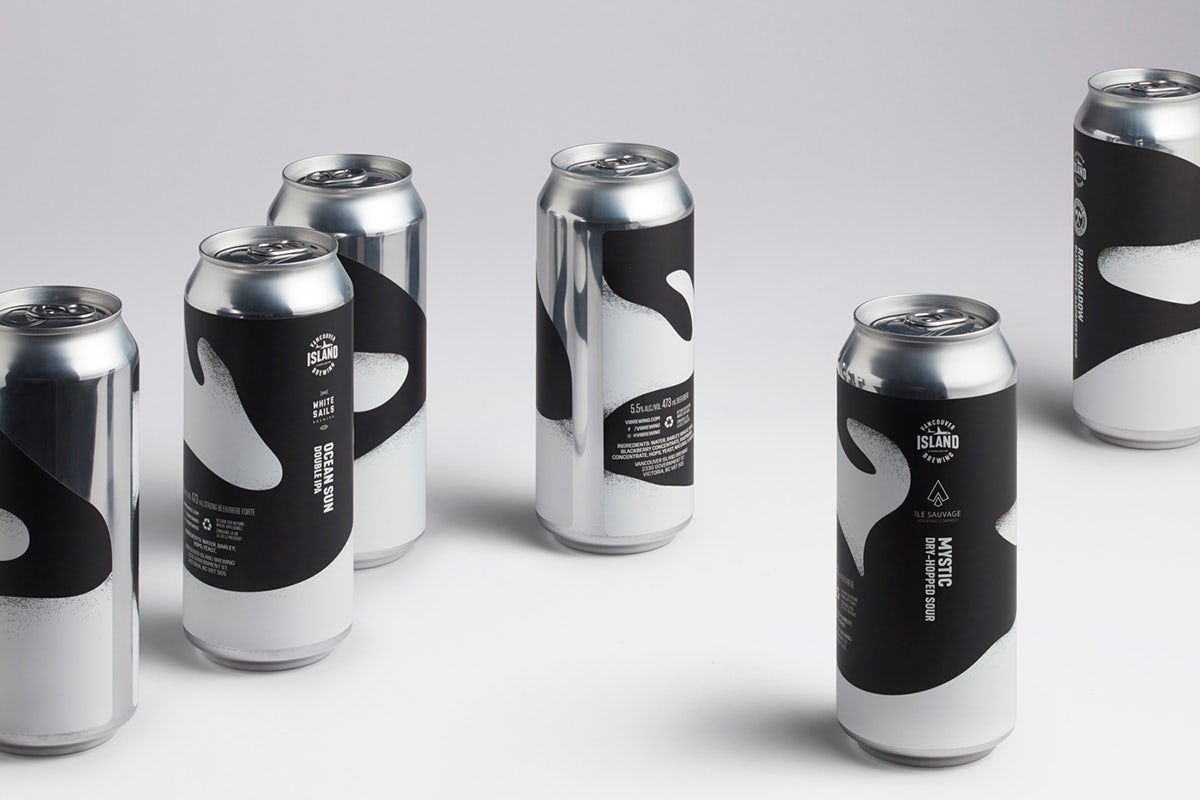 Who knew booze brands would become the unlikely allies of endangered sea life? Perhaps it comes from internal guilt (or external pressure), given the damage that drinks packaging does to sea life – notably the cans, bottles, rings and straws that fill the oceans and, as a result, the stomachs of sea creatures. Between Corona’s ongoing clean-ups and awareness campaigns, the edible and biodegradable plastic ring alternative created by a Florida-based brewery, and the promise from Guinness and Carlsberg to ditch plastic rings altogether, some brands are thankfully taking some responsibility.

Sitting just off the coast of mainland Canada, Vancouver Island Brewing is the latest brand to take positive steps towards protecting sea life. The brewery has worked with Vancouver-based agency One Twenty Three West on a new range of beers designed to support the future of orcas local to British Columbia waters – known as southern resident killer whales (SRKW).

The promotional pack of beers – dubbed a PodPack – includes four limited-edition cans of beer made in collaboration with local breweries. Each product is named after a real orca from the SRKW pods (a group of orcas that live together): Deadhead IPA, Ocean Sun amber ale, Rainshadow bramble sour and Mystic dry-hopped sour. Further still, each can has been designed based on the distinctive white patches that adorn real orcas from the pods, while the outer box is completed with a dorsal fin revealing a handle.

The project comes at a time when SRKW numbers have been recorded at a 30-year low, and are the only killer whales to be listed under the Endangered Species act. As such, proceeds from the sales will go to the Pacific Salmon Foundation, in a bid to improve crucial wild salmon stocks in the area.

“When researching the SRKW, we learned that each whale had its own identity, name and personality, so we used this as inspiration for our design,” says Eric Seymour, One Twenty Three West’s lead designer. “By naming each brew after a specific orca and wrapping the cans with their actual markings, we were able to make the packaging a true representation of our resident killer whales.” 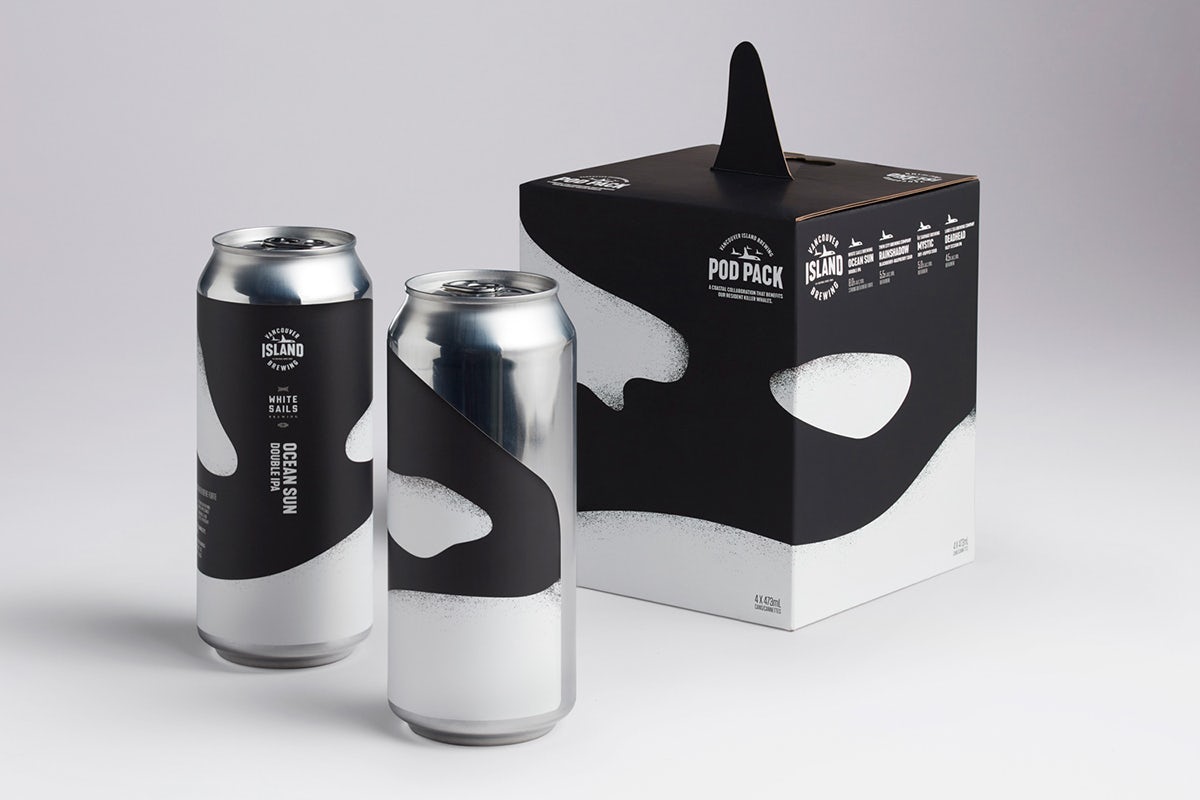 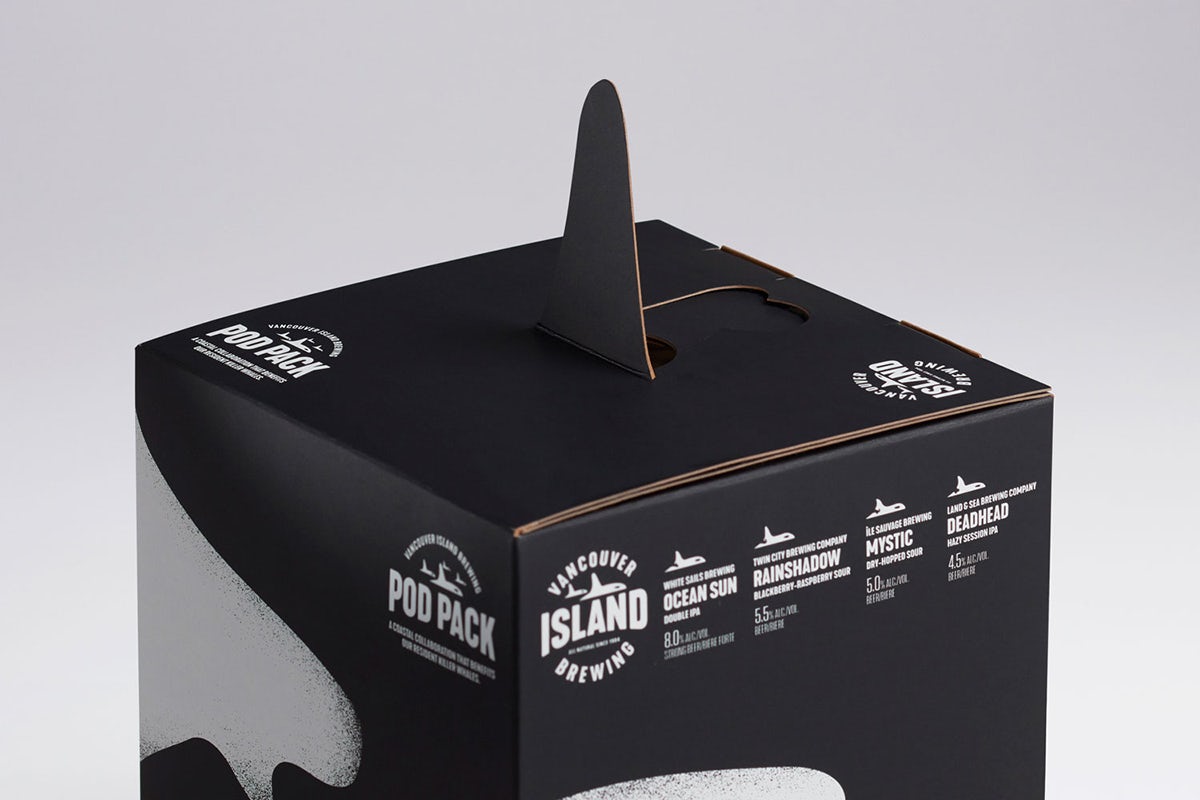