As one of the most famous museum’s in the world, the V&A attracts around four million visitors every year. Of those four million, some are first time visitors and some have become regulars, and some are happy just to explore the museum’s permanent collection, while others have come with a specific object or exhibition in mind.

Navigating the South Kensington museum’s three interconnected buildings, seven floors, 60,000 objects, five temporary exhibition spaces, four shops and three cafés is no mean feat even for the hardiest of gallery goers, meaning that its wayfinding system is an integral part of the overall visitor experience. 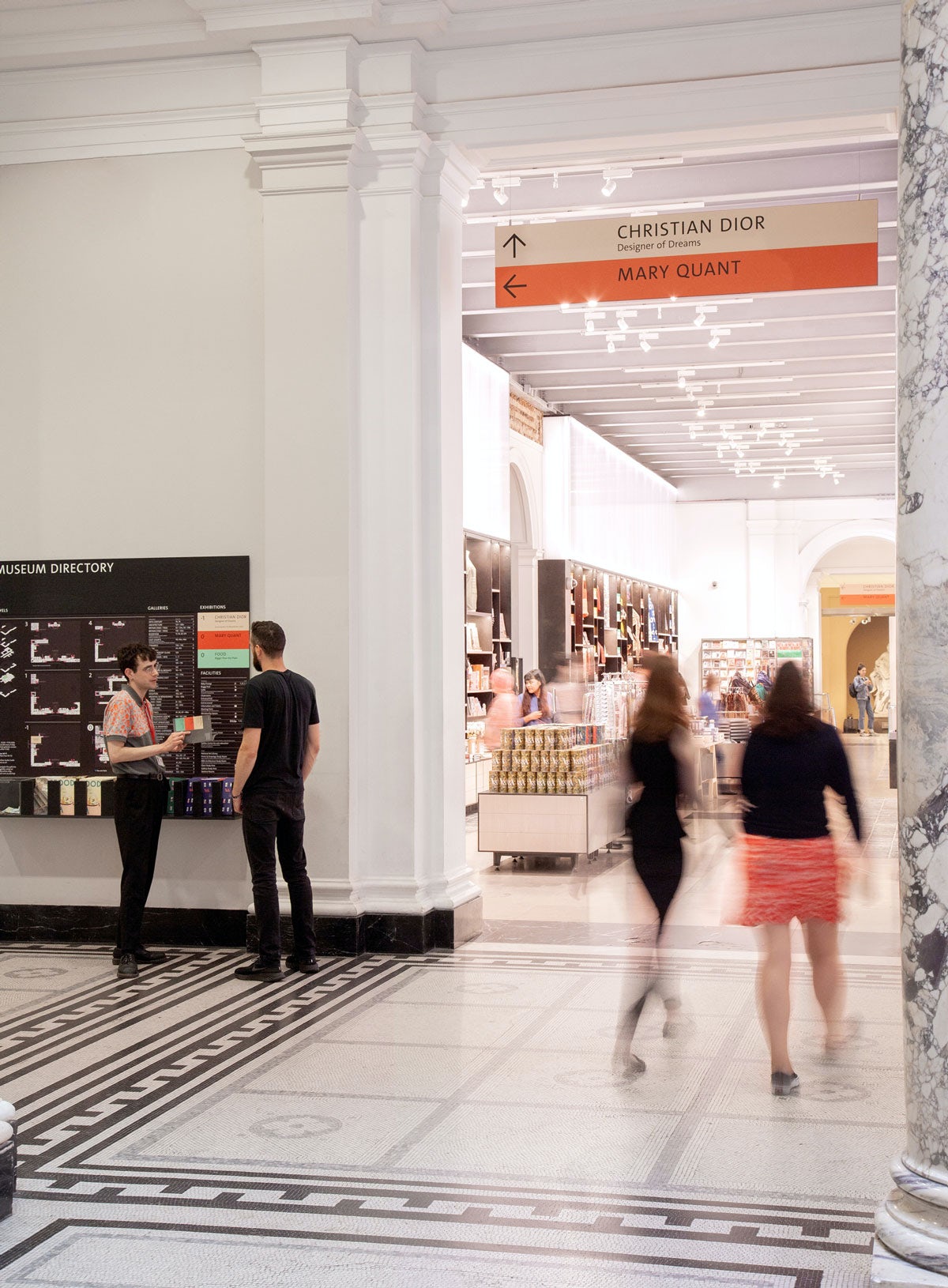 Having worked on the V&A Reveal campaign for the reopening of Exhibition Road Quarter in 2018, dn&co beat five other agencies to get the commission to overhaul the museum’s wayfinding system, and has collaborated on the project with wayfinding consultancy All Points West.

V&A’s existing wayfinding system dated back to 2002 but its visitor numbers have more than tripled since then, presenting the museum with new challenges when it comes to getting people around its collections. 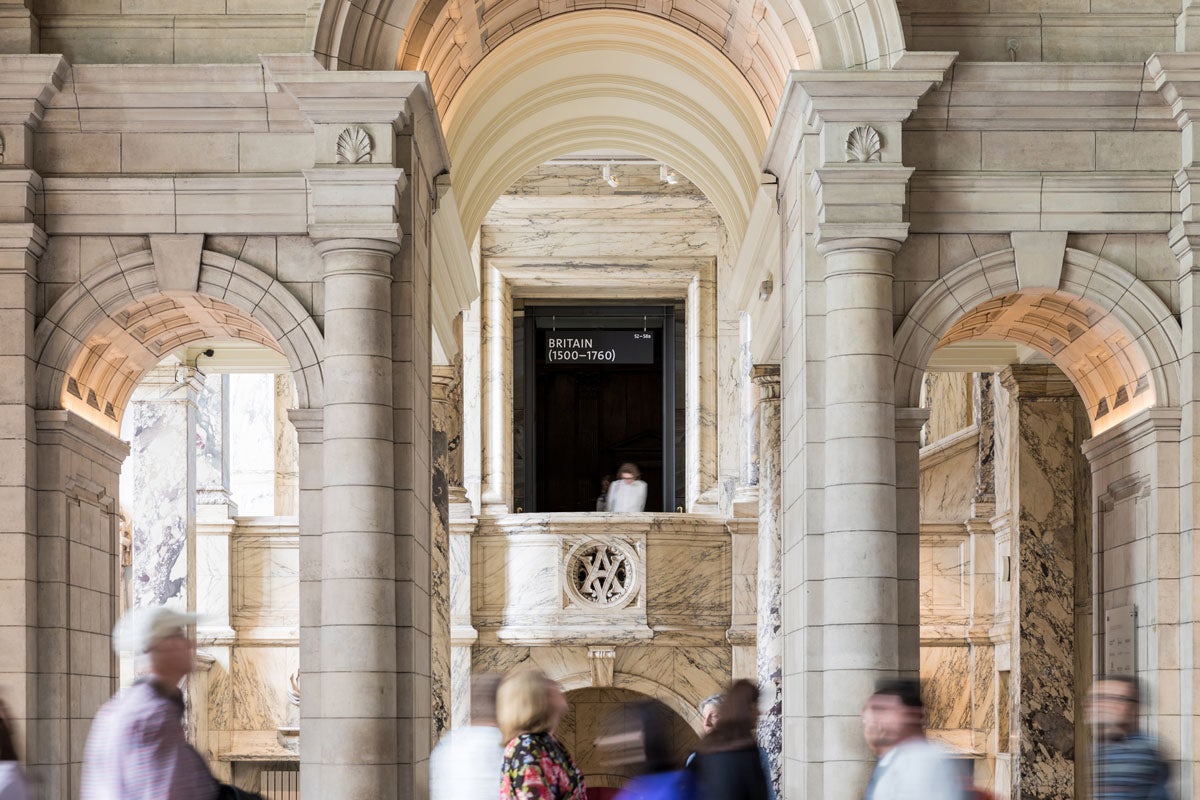 “Our brief was to facilitate an outstanding visitor experience, enabling people, whatever their interests, to explore the museum with confidence and curiosity. It was not just about getting people from A to B, but encouraging visitors to go beyond the ground floor, and discover lesser-known parts of the building and the rest of the museum’s collection,” says dn&co Creative Director Patrick Eley.

“Getting lost in museums is part of the fun – so much so, the shop even sells a keyring stamped triumphantly with the tag ‘Lost in the V&A’. But when you can’t find your way out, or more importantly to the toilet, it becomes frustrating and disorientating,” Eley adds. 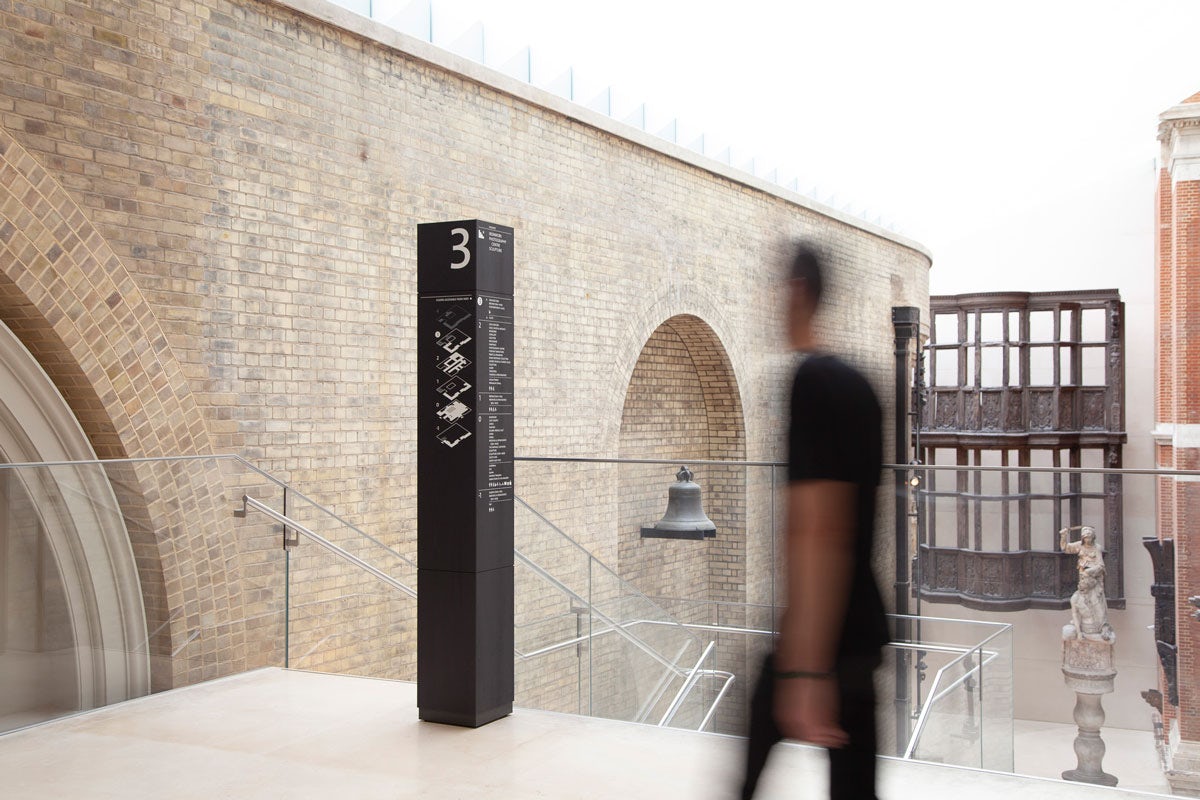 The studios’ solution lay in finding a balance between being noticeable and being ignored, borrowing from the existing visual language of the museum to create signage that echoed the plinths used to display artefacts. These are made from tulipwood and dyed black to tie in with their surroundings. New totems also aim give a sense of permanence, but are designed to be adapted, reprinted and replaced when details such as temporary exhibitions change.

Black and white remain the core colour palette, while any extra colours have been stripped out except to highlight the museum’s paid exhibitions. “Acting as a beacon, these colours draw visitors through the busy ground floor getting them to their destinations faster, protecting one of the museum’s core revenue streams that help keep the permanent galleries free to enter,” says Eley. 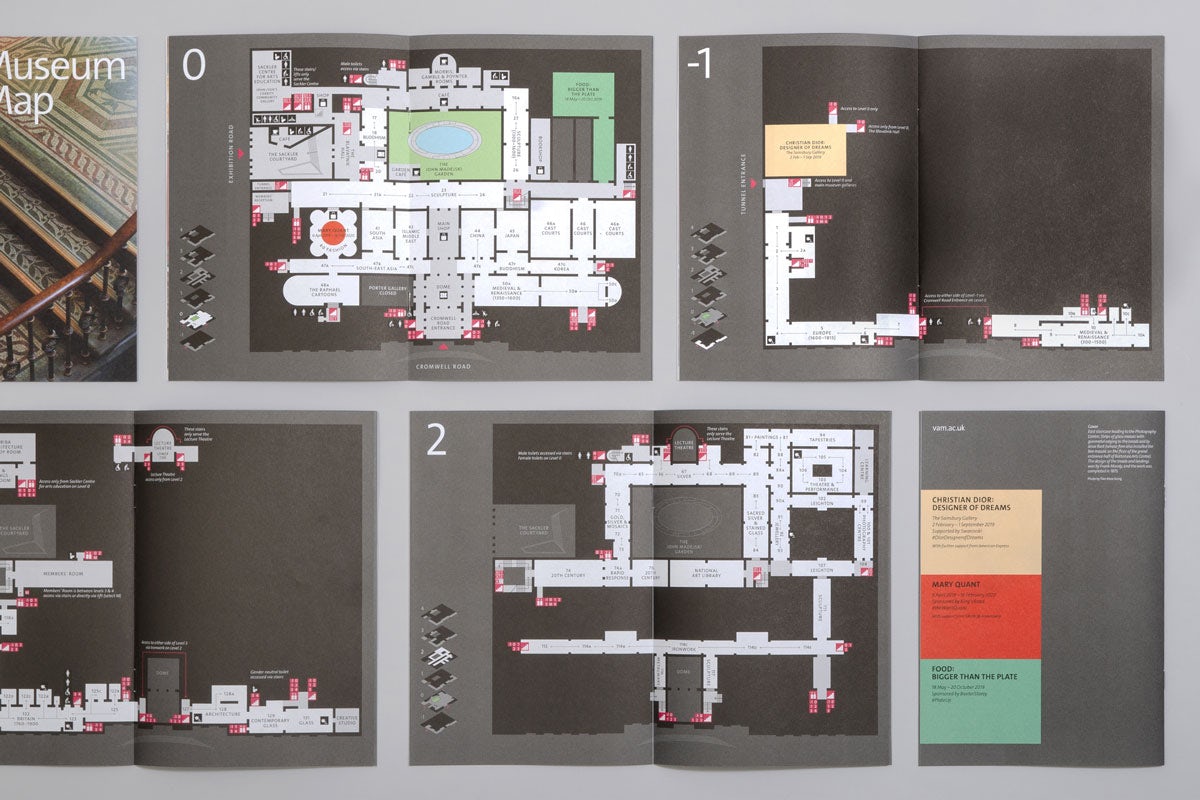 One of the other key changes is a new map, which has been redrawn to work across digital platforms and environments as well as in print. Walls are now drawn as solid barriers, galleries are named as well as numbered, awkward cross-referencing has been removed and type sizes have been increased, all while making the map larger, more relevant and more compact to carry around.

Since the ground floor is the most visited in the museum, dn&co came up with the idea of a new ‘Discover’ section on the stairwell sigange, to illustrate that much of its permanent collection lives on other floors, and encourage visitors to go and wander. The floor numbers were also updated to make the space feel more manageable for visitors, which in turn had implications for everything from renumbering lift buttons to training gallery assistants on directions. 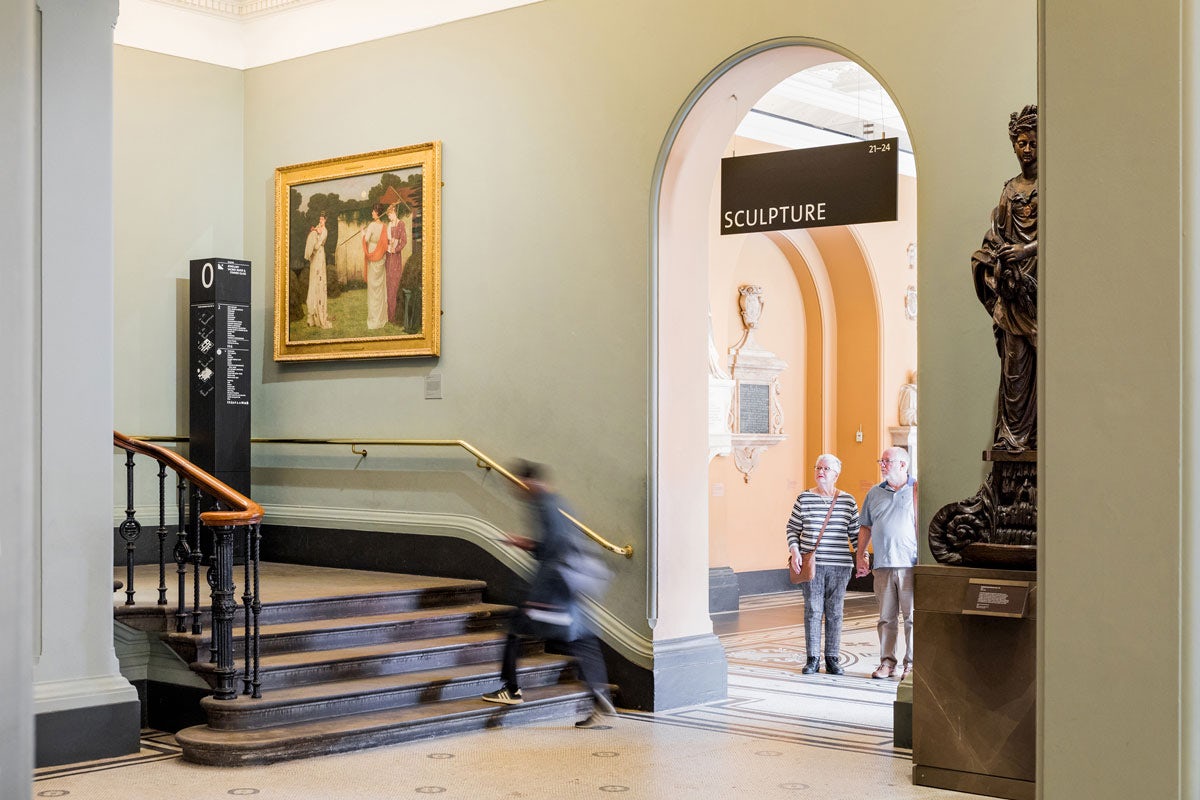 “Since the building is so vast, we took a city wayfinding approach,” says Eley. “People always need more help when a destination is out of sight, so similar to finger posts in an urban environment we introduced signs at the thresholds between spaces to reassure visitors they were still on the right route. They’re a bit like the breadcrumb trail in Hansel and Gretel, or the Theseus’ string in the Minotaur’s maze.”

Above all, Eley says, the team acknowledged that the wayfinding system was never going to solve all of the navigational challenges presented by a museum the scale of the V&A, and with such a mix of visitors. “Our system recognised those limitations, and was designed to work across multiple touchpoints and alongside the unsung heroes of any great museum – the gallery assistants.”