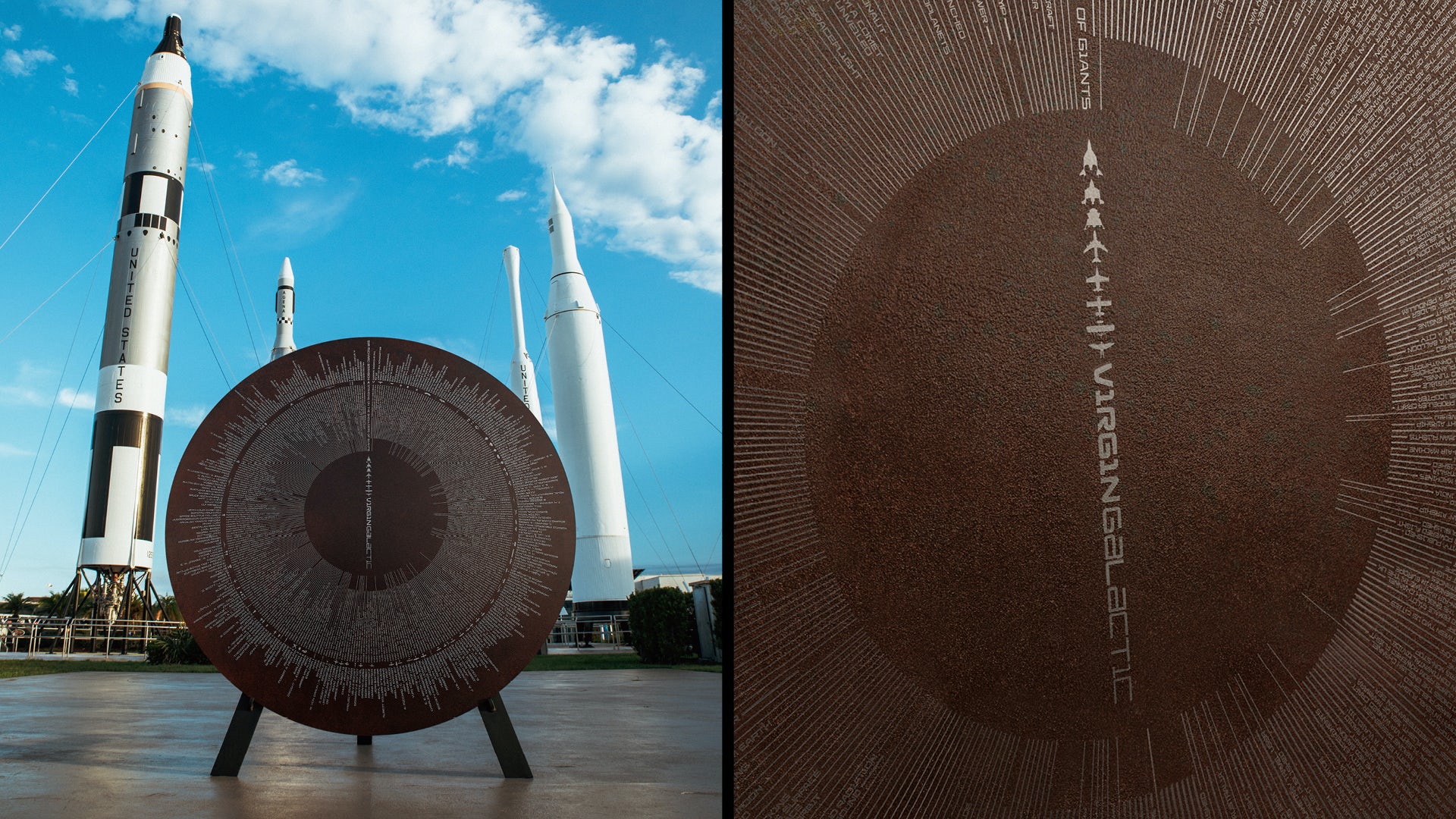 At an event at Cape Canaveral in Florida to commemorate the 50th anniversary of the Apollo 11 moon landing, Virgin Galactic unveiled a specially designed and manufactured sculpture honouring the mission’s part in pioneering a new era of space travel. The sculpture is entitled Standing on the Shoulders of Giants, in reference to the late Professor Stephen Hawking: in his seminal work, A Brief History of Time, Hawking paraphrased Sir Isaac Newton’s work around the law of universal gravitation.

The design is the result of a long-term project to reflect Virgin Galactic’s respect for the feats of engineering and technological breakthroughs from those who have paved the way to space. The appropriated title describes its content and its message, with the object laser-engraved with the names and achievements of 360 seminal steps in aviation and astronautic history.

The roll of honour is displayed radiating from a central circular space in chronological order and spans achievements from 3500 BC to the present day, culminating in Sir Richard Branson’s own quest to make space open to all. These achievements are recognised in the shadow of the pioneering Apollo mission that inspired Branson as a young man.

The piece was produced by architectural metal specialists, Zahner. The sculpture was laser-engraved into 12mm thick solanum weathering steel by Zahner at its laser facility in Dallas, Texas. The 12mm solanum steel plate is the exact material which clads the façade at Spaceport America in New Mexico. 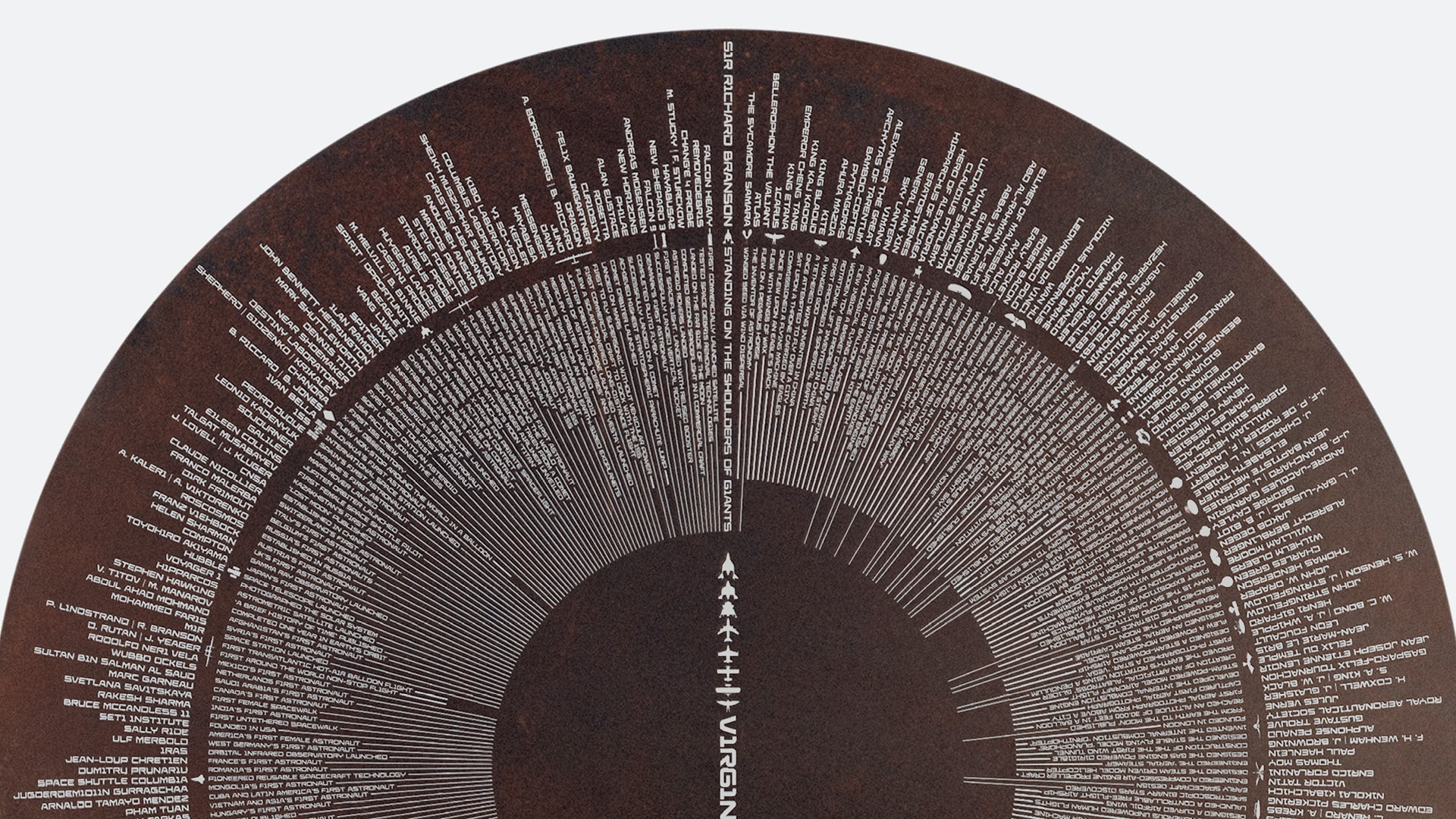 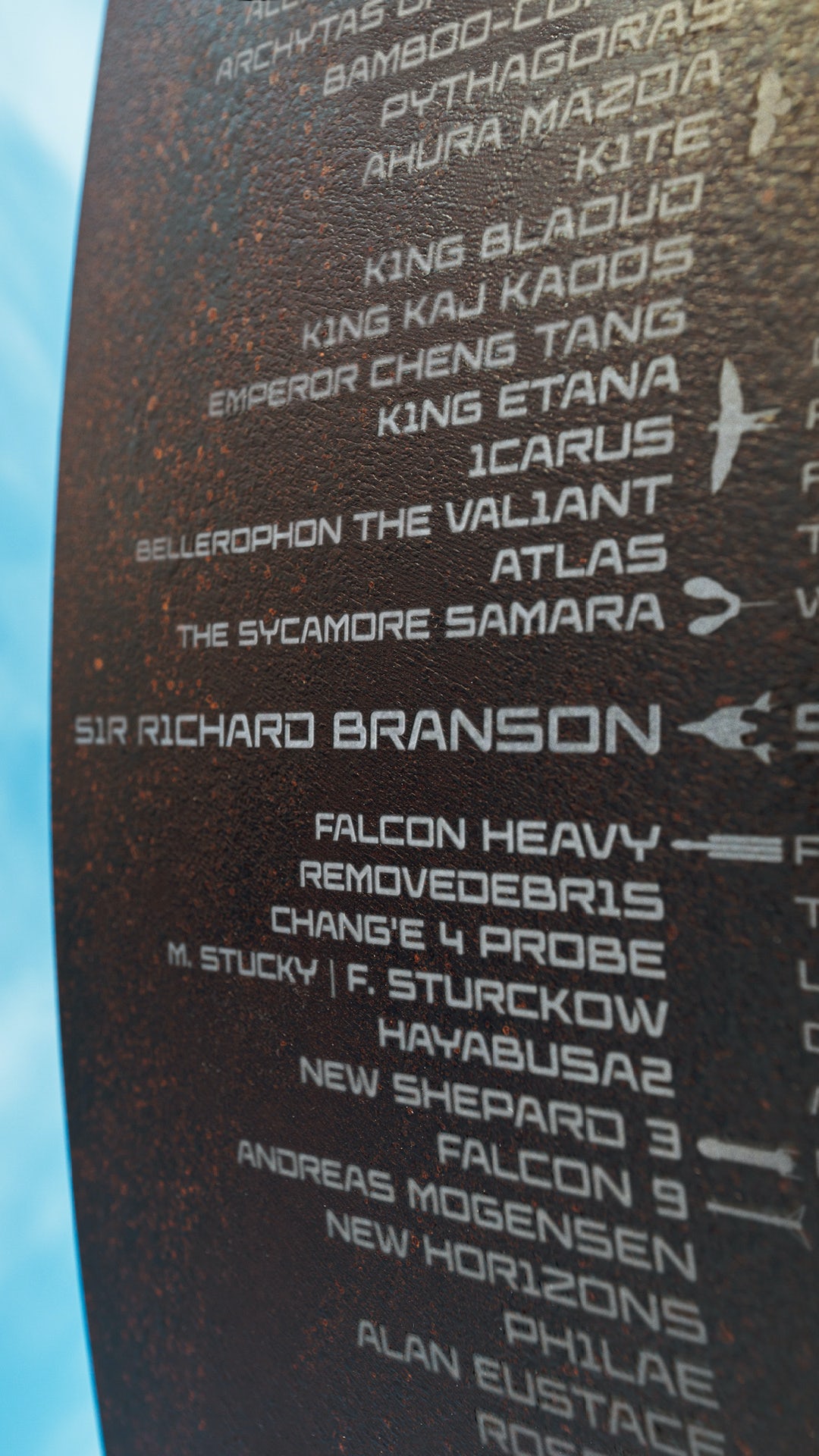