Now, more than ever, silence is golden – especially if you’re someone who makes a living through creativity. It’s little surprise that we’re seeing ever more ripostes to the “always on” culture catalysed by the digital revolution. Ironically, not using devices like smartphones and computers – enforced “digital detoxes” – are big business, as are creative retreats, and the mindfulness and mediation industries have become so ubiquitous to the point of bordering on business jargon. But that’s not to say that there’s not something supremely valuable in being disciplined in switching off, tuning out, and making room for silence, solitude and tranquillity.

David Lynch has long been a very vocal and proactive advocate for Transcendental Meditation (TM), claiming that it’s a profound conduit for his strange, surreal ideas. “It’s fuel for the artist, you grow faster between films or paintings,” the director has said. “It speeds things up. You start making the subconscious conscious; meditators have an edge over artists that don’t meditate.”

No shortage of creatives are similarly effusive when it comes to singing the praises of meditation: Johannes Itten and Oksar Schlemer from the Bauhaus practiced meditation and incorporated its ethos into their teaching. It makes sense that meditation, and indeed any other state of enforced silence and solitude, can be a perquisite to creative thought and idea generation. Art-making is often linked to the pop-psychological notion of being “in the zone” – a sort of trance-like creative state analogous to that achieved through meditation, yoga, or other focusing pursuits that link the mind and body in a state of near silence. 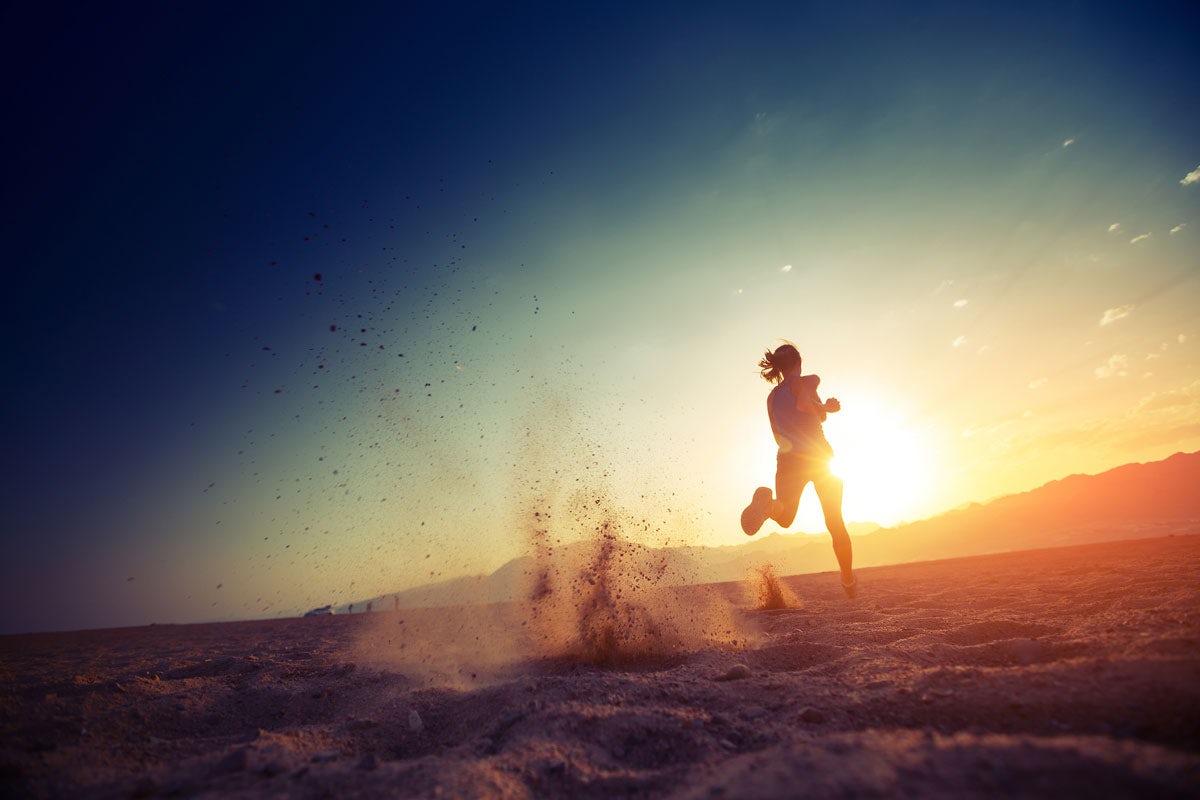 Of course, peace and quiet are hardly new notions in either making work, or its outcomes: John Cage’s 4’33 composition is famously a piece of music without any sound; painter Agnes Martin’s repetitions, muted tones and minimal compositions acted as a sort of ordering of, and escape from, her struggles with mental health issues. Even the grids and rigidity of the Swiss Style of graphic design is born of silent, invisible rules that dictate the final result. Assets library Adobe Stock have also identified ‘Silence and Solitude’ as the first in their yearly Visual Trends programme which is based upon industry insights and work that is engaging consumers.

Illustrator and graphic designer Thomas Colligan works across two practises – his day job as a graphic designer at a publisher (“kind of a noisy environment”), working mainly on book covers; and his sideline as an illustrator. For his more personal illustration work, he generally works late at night, from around 9pm until 2am, making the most of the tranquillity that those largely distraction-free hours offer. “For illustration I mostly have to be in some kind of situation away from people,” he says. “Generally I can have music going, but being in a chill space and working at night is really nice as you feel like the world has gone to sleep and you can focus on stuff more.”

In much of Colligan’s work, perhaps counterintuitively, there’s a sense of calm and contemplation among the vibrant colours and lively pencil crayon marks. “Calmness isn’t necessarily something I think about when I’m making a piece, but the working process is pretty slow for me as it’s all coloured pencil,” he says, “so every space takes time to fill in. That contributes to a certain feeling of stillness.”

Last year, Colligan released Small Notes, a four-colour Risograph zine depicting a “selection of moments and items that we too often forget”. The sense of taking a step back – appreciating the simple things – just simply hanging out – is palpable, and calming in itself. “There’s a lot of images of people just relaxing, it’s mostly drawings of my roommates or family in kind of ‘off time’,” he explains. “They’re not doing nothing, they’re always maybe reading or spending time with the cat or something. It’s about those nice, small moments in between other things.”

While silence and tranquillity are discernible but slightly abstract concepts in Colligan’s work, they’re at the very heart of the photography of Dutch outdoor photographer Sander Van Der Werf. His dramatic, vast landscapes are the epitome of escapism and celebrate the often-overwhelming spectacle of the unpeopled spaces in nature. For Van Der Werf, these tranquil landscapes are not only his subject, but his creative catalyst. “I need quiet and tranquillity to focus and have new creative ideas,” he says. “The more remote and quiet it is, the more I enjoy myself and the better I feel, and that’s a great combination when I want to photograph those concepts about tranquillity.”

What are the components of a “tranquil” image? It’s not just about the subject of course – a still life in an otherwise busy interior can, with the right treatment, feel as calm as a straightforward depiction of, say, Icelandic glaciers. For Van Der Werf, it’s about a limited colour palette, and creating perspective through peppering an otherwise desolate image with the familiar – maybe placing a lone figure in the near distance. “That helps the viewer place themselves in the image,” he says. “It all relates to that peace and quiet we’re all looking for with the busy lives most of us have; it’s an escape.”

Illustrator Charlie Davis sees that visually communicating such ideas means “isolating the subject to a degree so that there is a sense of separation and seclusion. Visually this can be achieved by distancing the subject from other elements so that you isolate the subject.” He adds, “Alternatively, allowing vast amounts of ‘nothingness’ can do a great job of expressing solitude, creating visual silence that allows the subject to resonate in an undisturbed space. A classic example being a small boat stuck out in a vast expanse of sea… in this day and age of constant information overload I suppose a bit of respite in the form of empty space is always welcome.”

For Davis, making work in solitude is a double-edged sword: “I find time to myself when I’m illustrating but rarely find myself completely isolated away from human contact other than that (it’s hard in London!) But whenever it happens, it’s a strange feeling and I do savour it,” he says. “I find that working somewhere completely isolated and quiet can make you go a bit mad!”

Van Der Werf finds the sort of solitude and contemplative environs he craves not only in the travel and image-making, but in the planning too: “those are quiet moments for me when I can really relax, it gives me an inner peace and rest and calm during the working week being bent over a map for hours, thinking about new routes to photograph and what certain places might look like when the sun goes down or at other times.” He adds, “I try to keep my agenda empty and not have too many distractions. Sometimes it can be really hard to come up with new ideas – every photographer or creative person struggles with that from time to time.

“Sometimes it’s about reinventing what works for me and being really active about it to sort of guard the time you have to do nothing, for example, and relax. Although the busyness we all have today can make it difficult, you need some peace of mind for the best ideas to pop into your head.”

Adobe Stock offers a highly curated collection of inspiring and visually impactful content sourced from the world’s leading assignment artists, stock artists and agencies – perfect for designers and visual storytellers who are looking for exceptional ways to tell authentic stories.

This diverse marketplace of royalty-free assets is uniquely and natively integrated within , saving you time and enabling uninterrupted creativity so you can search and license high-quality assets without ever leaving your favourite apps. Stock like Only Adobe can. Get 10 free images at: https://stock.adobe.com/uk/