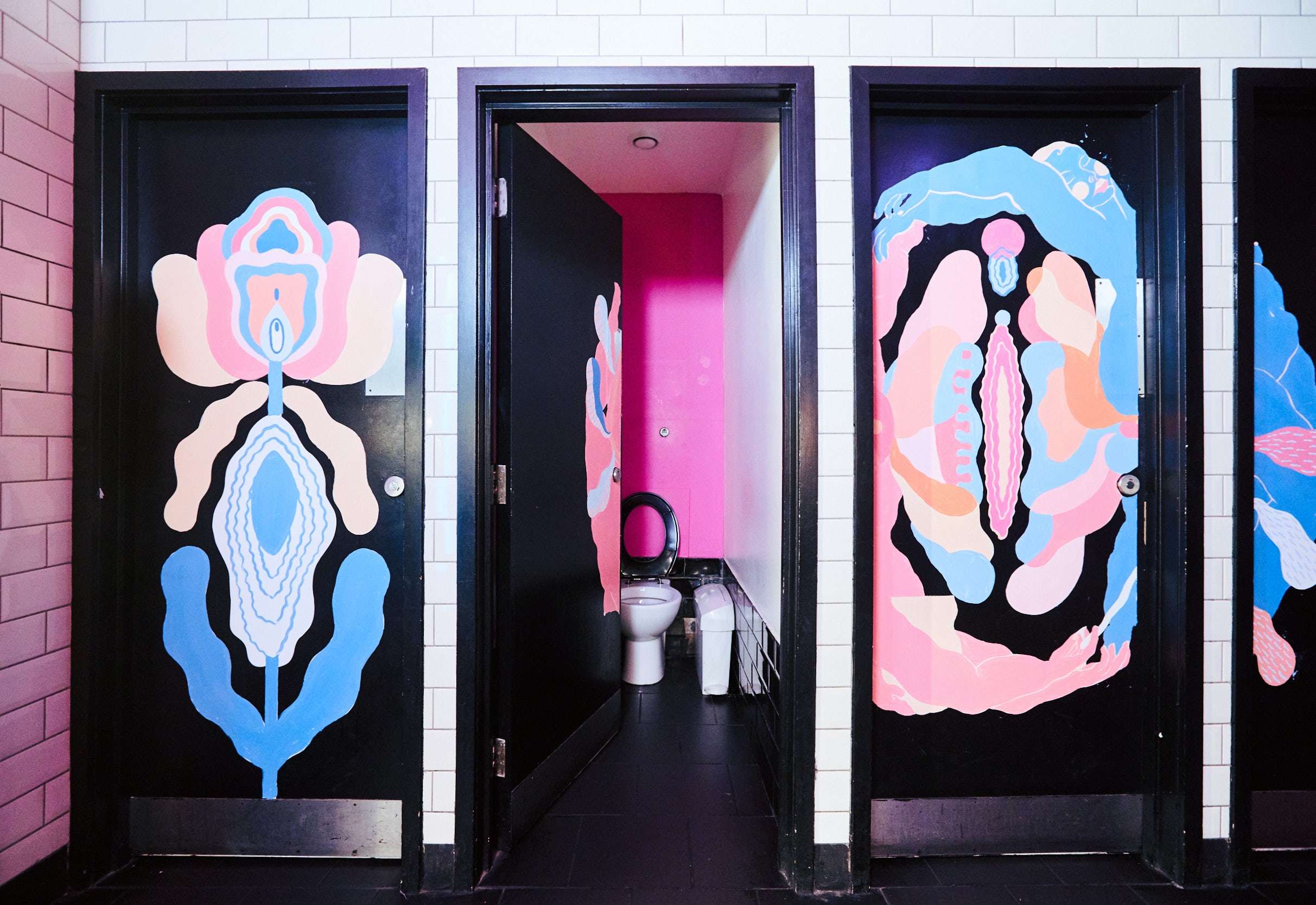 Among the slang, swear words and declarations of love, penises are inked onto over half of all male toilets in the UK, according to the BBC. But where is the female representation on the sacred canvas of cubicle walls?

Building on their Viva La Vulva campaign – selected as Best in Book in the CR Annual 2019 – Bodyform (known abroad as Libresse) and AMVBBDO are back for another round in the war against bodily taboos. This time, they’re adorning toilet doors with illustrations of vulvas across a handful of London venues, including Queen of Hoxton in Shoreditch and South West London’s Tara Theatre. Illustrator Oliwia Bober was drafted in to bring the ‘bathroom takeover’ to life with her glorious artistic style, which she has previously applied to other characterful depictions of the female form. 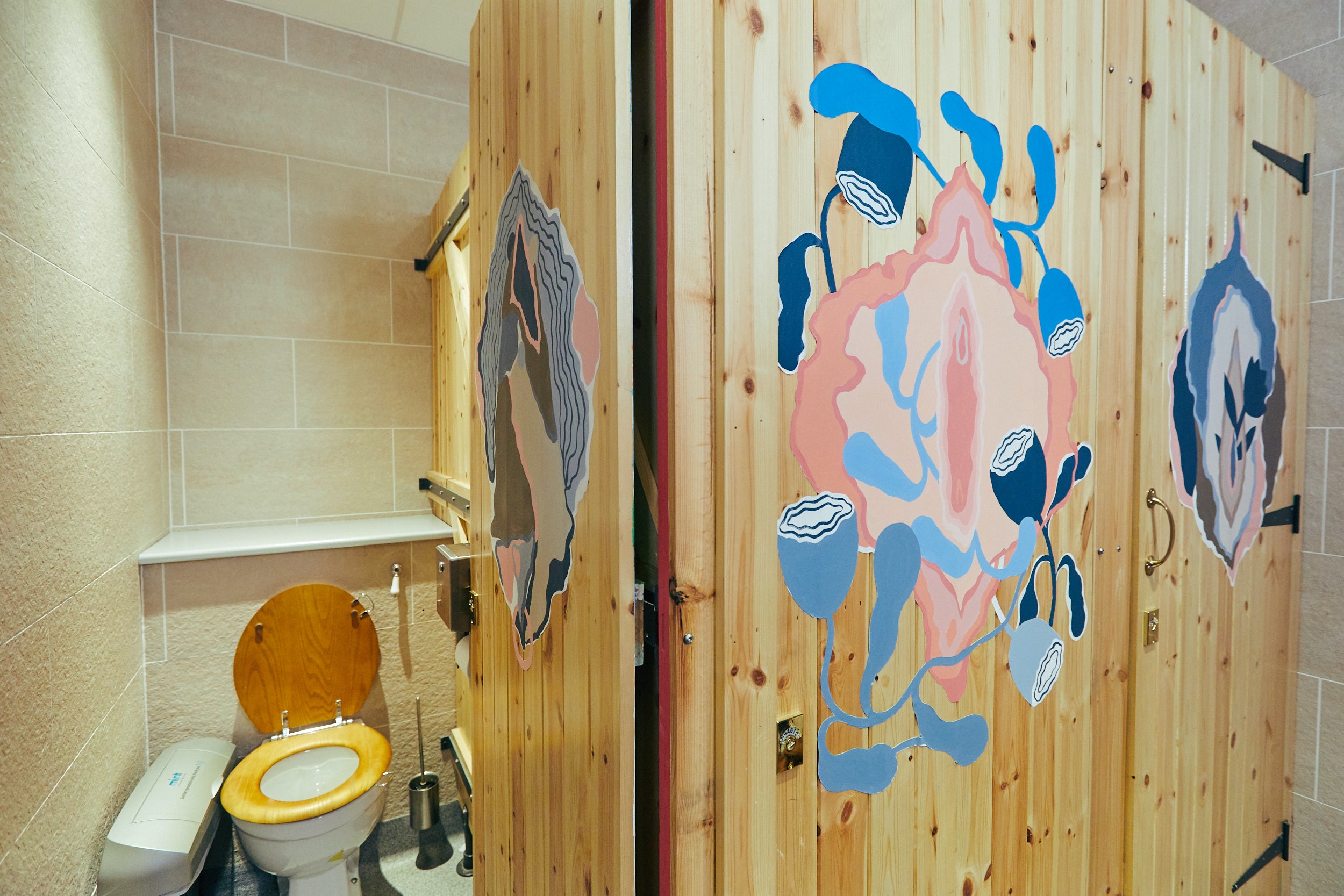 The ongoing partnership between Bodyform and AMVBBDO is born of a mutual concern about the number of women who are ashamed of their own genitalia. Reportedly 42% of women feel embarrassed about their vulva, with 61% feeling under pressure for it to look a certain way. There has also been an overall increase in women seeking labiaplasty.

Bober hopes brands and artists will help to enact change. “Art is one of the most powerful tools for self-expression and the more we can raise awareness of the beautiful female form, the more women will feel empowered to celebrate their vulva and combat feelings of shame and embarrassment,” she says.

Flipping the narrative of shame on its head, Bodyform and AMVBBDO are tackling stigmas and misconceptions one campaign at a time.