Teenagers can be uncomfortable in front of the camera at the best of times, yet Vivek Vadoliya found a troupe of Mumbai’s young mallakhamb practitioners brimming with nothing but pride and confidence.

Mallakhamb is an ancient practice originating in the Indian subcontinent that sees people perform remarkable aerial movements, usually atop a pole or suspended by rope. The London-based imagemaker had come across the practice by chance during an extended stay in India prior to the pandemic. “I have some friends that live next to this park, called Shivaji Park, and it’s absolutely packed with thousands of kids playing cricket, but in the corner there’s kids that do mallakhamb,” he tells us.

It was a stroke of luck, since it tied into themes he had been exploring through his visual practice, namely “the body and representation, and particularly looking at masculinity quite a lot”, explains Vadoliya, whose portfolio of fashion collaborations and personal series have often examined those dynamics in relation to south Asian identity. 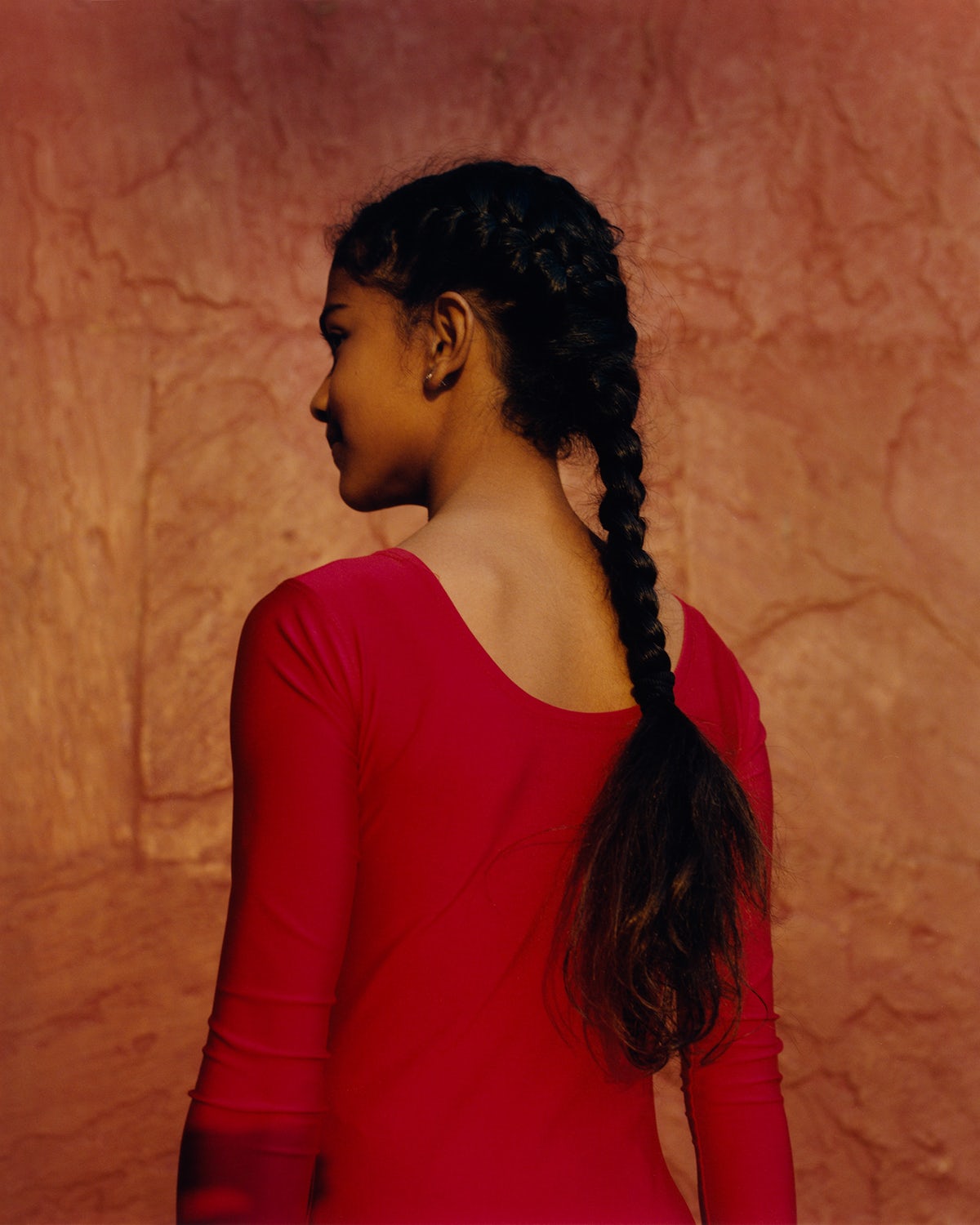 Mallakhamb is often described as a blend of gymnastics and yoga but was in fact born from centuries-old martial arts. “As I started researching it I realised it was used as a way for men, warriors, to train their bodies for combat. I found that quite mesmerising, and thought there was a visual language that came from that as well: of strength, but also there’s a lot of vulnerability in the body movements, the way they have to let go and tie their bodies onto ropes and hope they fell into this particular position. I found that very poetic.”

In this body of work, there is a beautiful symmetry in the way Vadoliya captures the young people and their equipment – from a torso twisted like fibres of a rope, to a cord threaded as artfully as mallakhamb position. 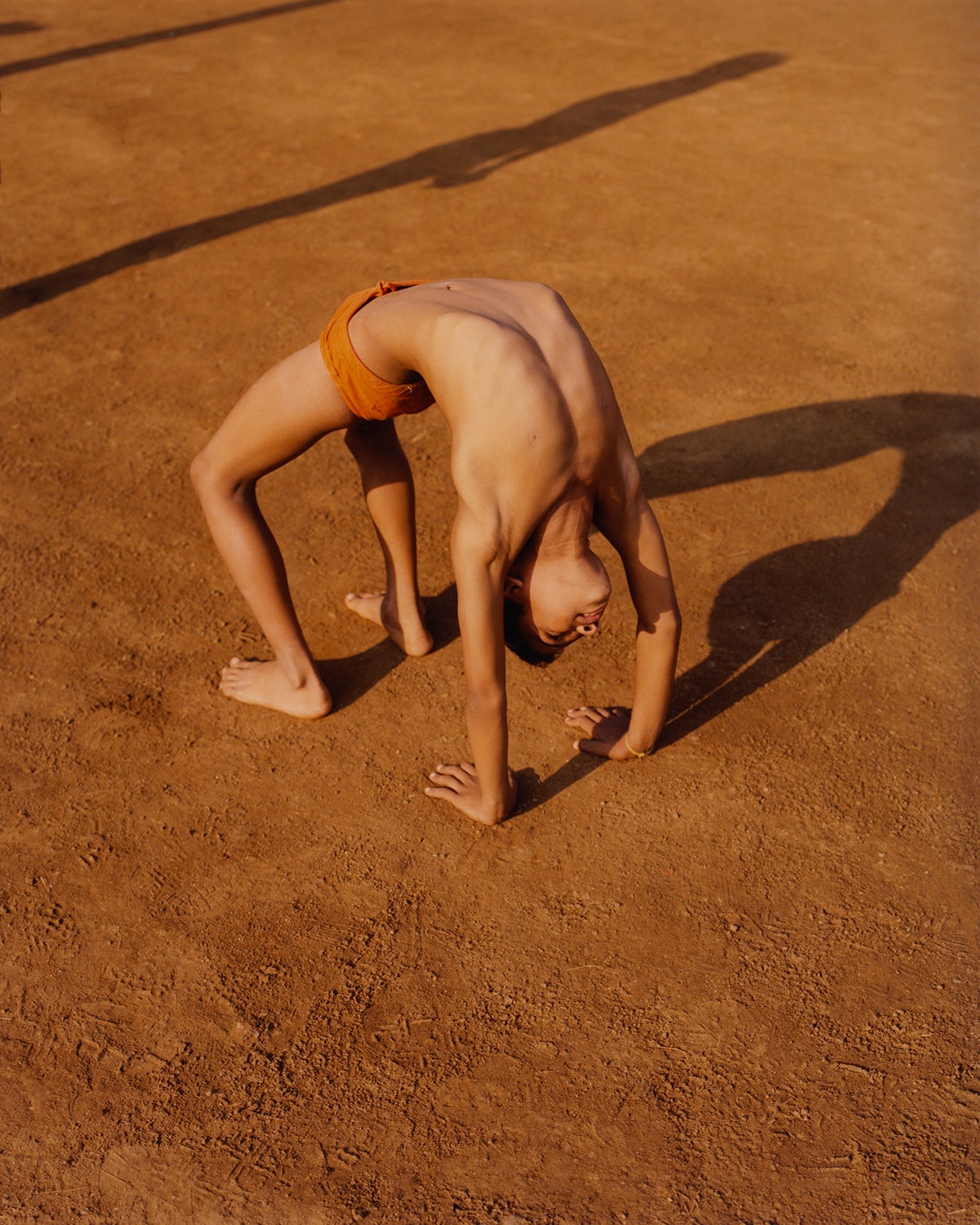 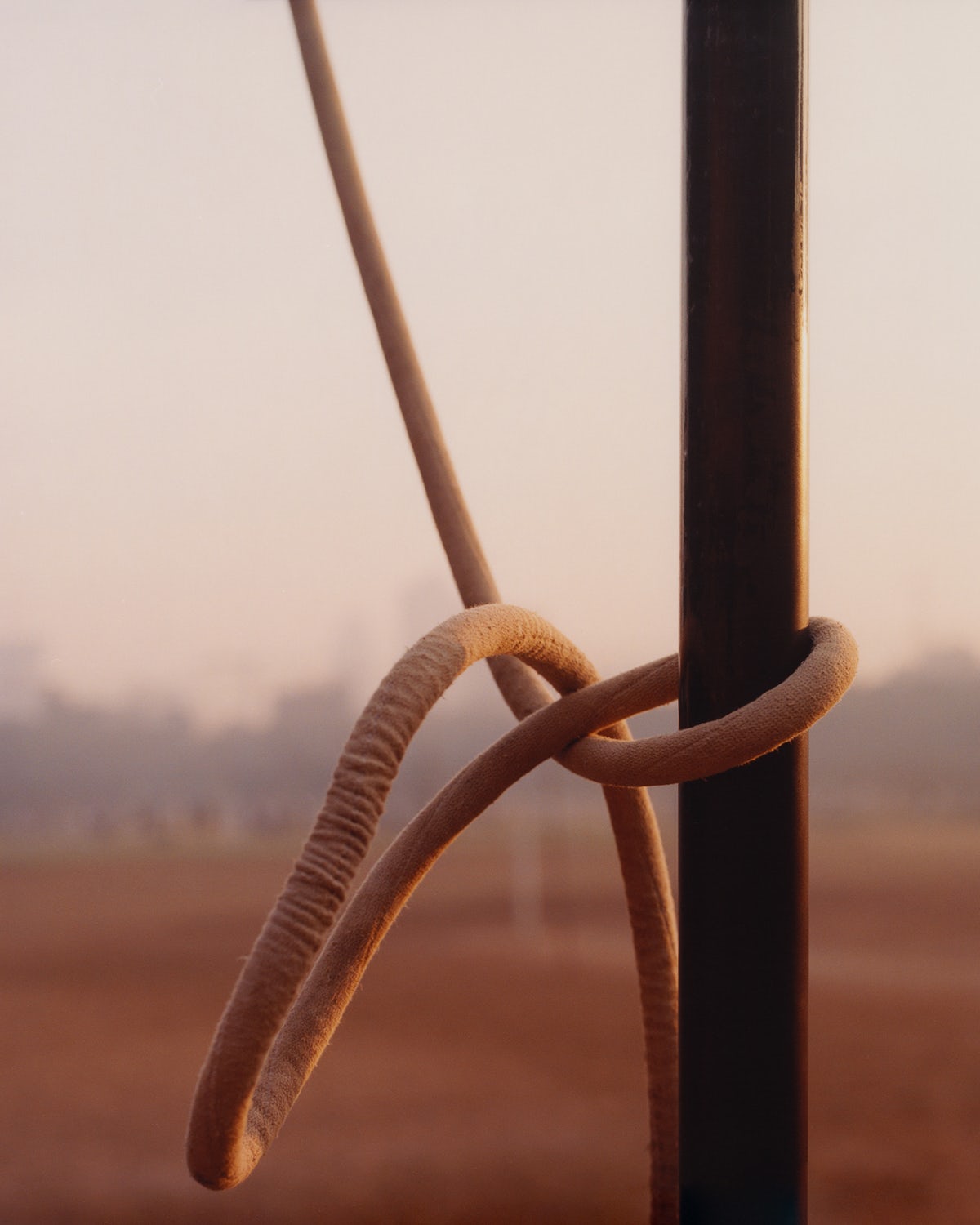 Though it is an intensely physical practice, Vadoliya captures the seemingly effortless composure and sense of pride in its young practitioners. It was something that happened naturally, he says: “I didn’t really ask them to pose a lot. It was really how they presented themselves.”

It’s perhaps a by-product of his openness towards the direction of the shoots. “I think there was a lot of collaboration with that. They were like, ‘oh we love going up this tree’, so they really just wanted to climb it and show that, and I think for me I found that tree to be so beautiful.” 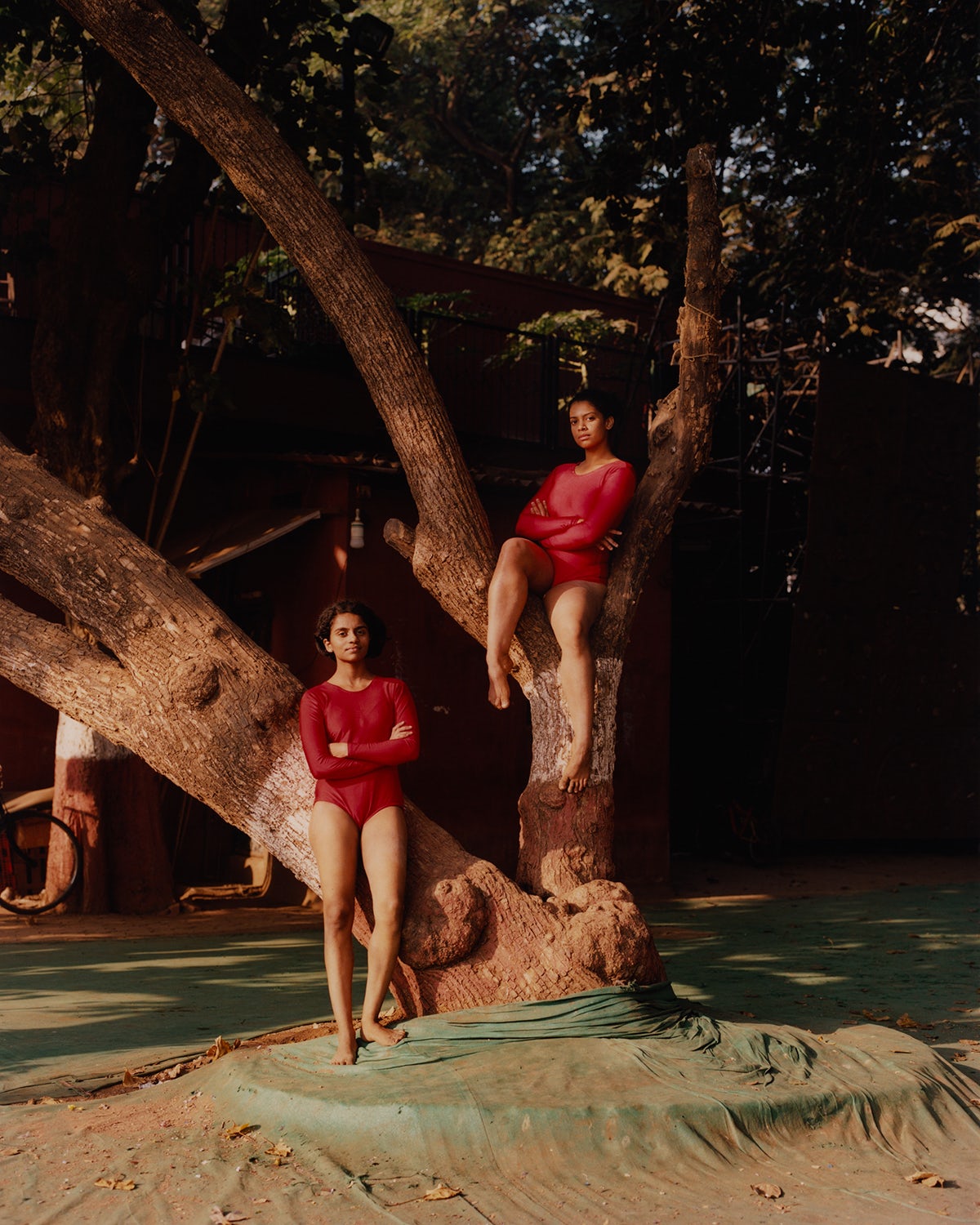 Vadoliya felt inclined to capture an art that has been overlooked on a world stage, despite its parallels with other physical activities that translated to the global mainstream, such as yoga. “I thought there was something quite beautiful about showing the origins of some of the [yoga] moves,” he says. “And I don’t think many people know about mallakhamb, as I didn’t at the time either. From my research I’m understanding that during British rule, it was not practised as much – I think like other things … people just didn’t get a chance to practise it. I think during that time it was definitely more cricket and other sports.”

However, mallakhamb has been enjoying a resurgence, thanks to the likes of Uday Deshpande, the director of the local club Vadoliya worked with, who is making strides in promoting it around the world. A proportion of the profits will go back to the club (and Covid-19 relief in India), and Vadoliya hopes it will serve as a “nice document for them to use and to help celebrate the sport”. 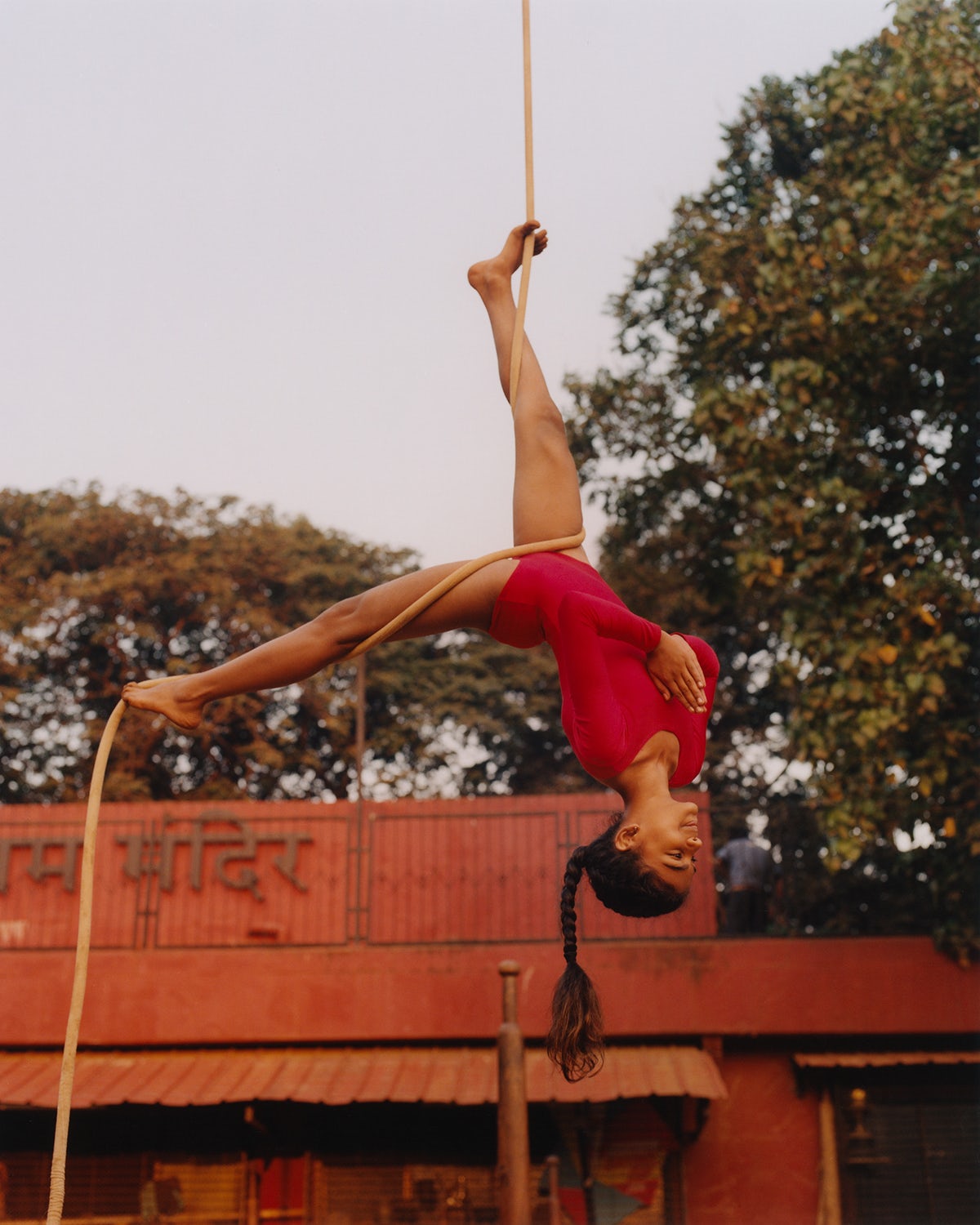 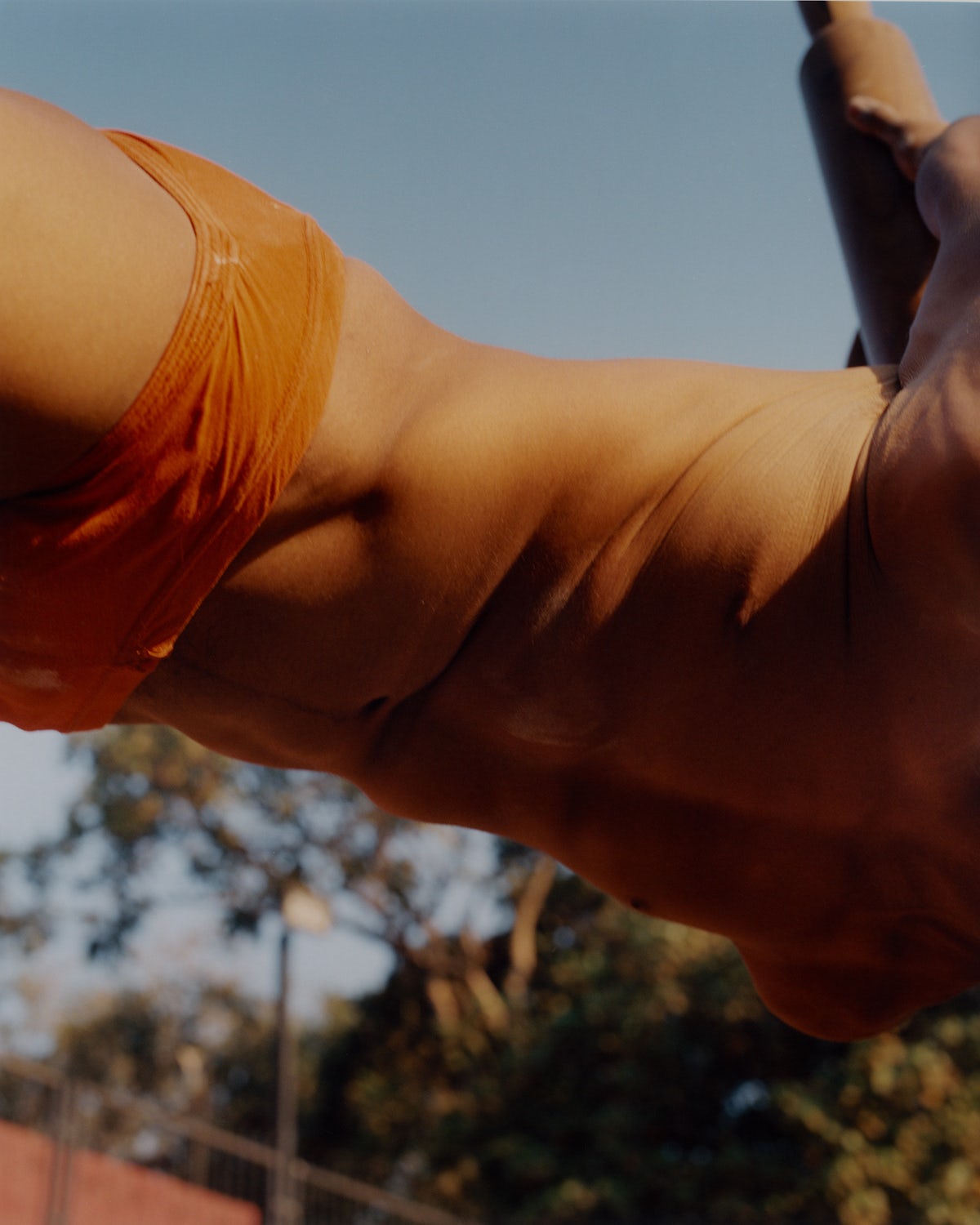 For Vadoliya the project was an exercise in representing movement. “Something that I’m working on quite a bit in my work is: how can I make my stills projects more moving, and my moving projects more still?” he explains, mentioning plans to go back to create an accompanying film.

“Some of the poles are really high and the girls that work on the ropes, it’s really quite high up, so it was challenging to capture that in a way that didn’t feel too overwhelming,” he explains. In a small sequence of black and white edits, Vadoliya isolates their moves, their bodies dislocated from the surrounding cityscape. But for the most part, the aerial movements and the intervening moments of camaraderie are cushioned by trees, architecture, and a palette of warm clay and sand.

Those colours were achieved largely through timing; they practise around school hours, particularly in the evenings after the hot Mumbai sun has retreated, though Vadoliya opted to shoot across several mornings instead to get that “golden light”. The photographs may take young people and their acrobatic art as the subject, but all the while Vadoliya is performing his own dance of light and shadow. 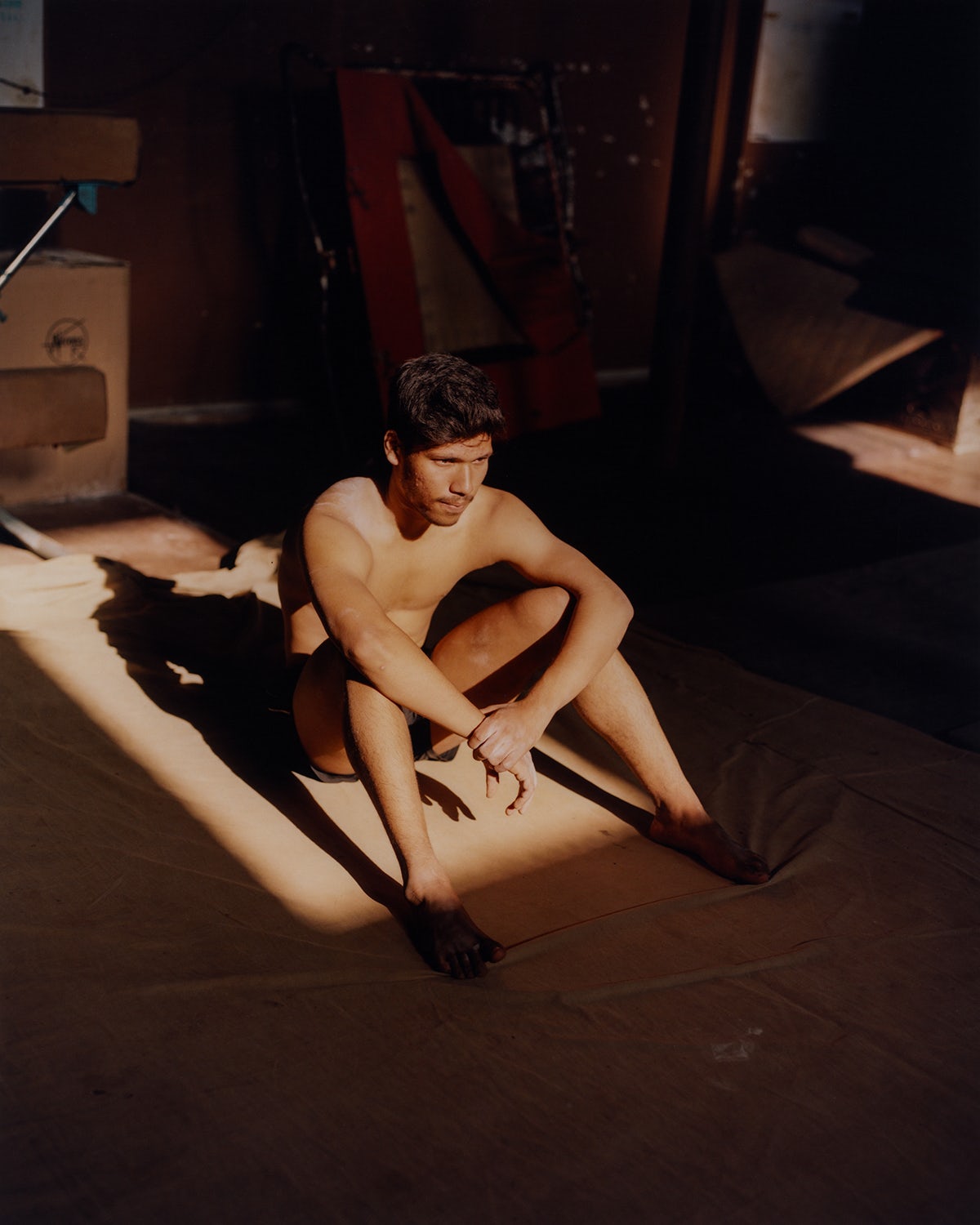 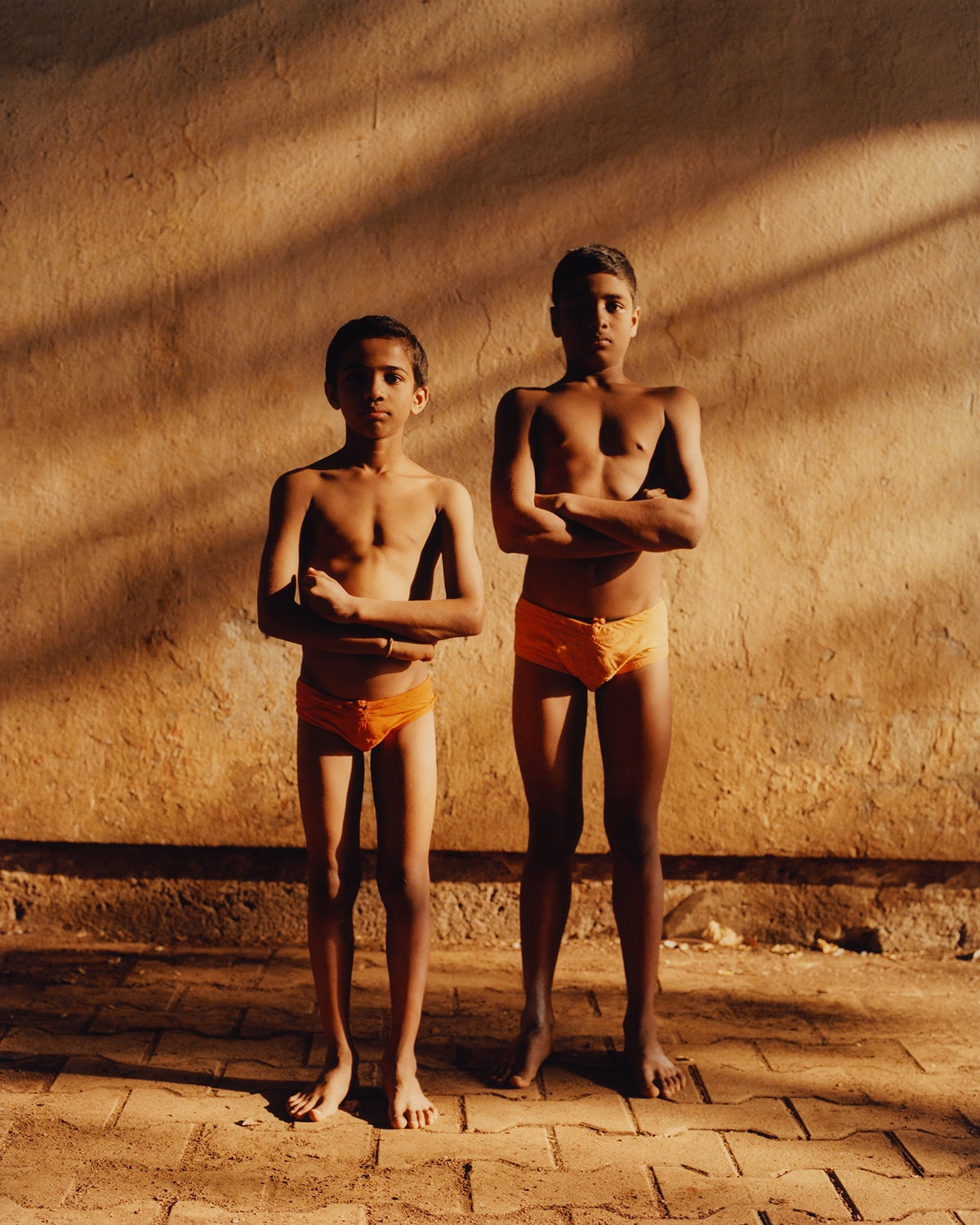 Mallakhamb by Vivek Vadoliya is published by Antihero Press, and will launch at Photobookcafe, London on April 14; vivekvadoliya.com