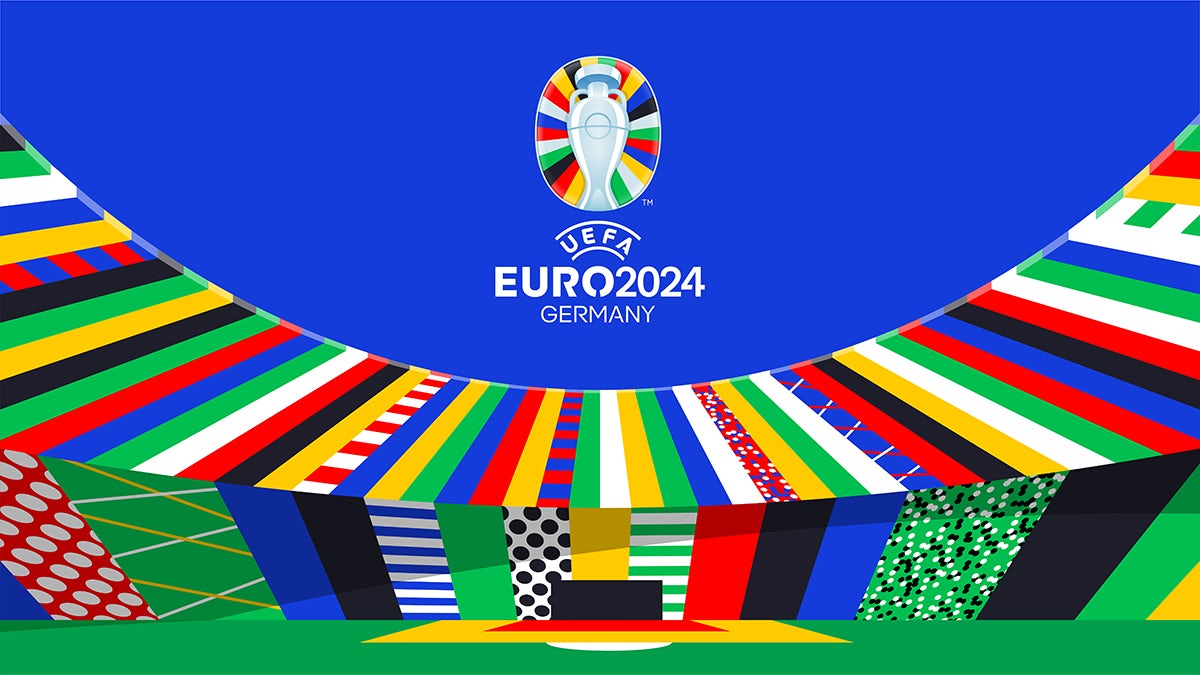 While this year’s Euro tournament didn’t go to plan for some, it’s time for footie fans – both lifetime and fairweather – to look ahead as the brand identity for UEFA Euro 2024 has just been unveiled. As part of the refresh, the new logo takes inspiration from UEFA’s 55 members associations’ flags and their respective colours. Assembled in a kaleidoscopic combination, the logo also mimics the shape of Berlin’s Olympiastadion roof, which is where the tournament will call home in 2024.

Designed by VMLY&R, the idea is that “football is where we all belong and we are all invited to celebrate”. To highlight that the tournament belongs to every fan, equally, a bespoke typeface has been developed considering all the European alphabets from the outset, rather than adapting the font after its been created, which is what typically happens.

The sentiment that football is for everyone is again echoed in a new brand film the agency has created which features stadium visuals, famous landmarks from each host city, as well as fans from everywhere coming together.

This message of equality and harmony feels especially pertinent after the torrent of racist abuse some players were subjected to during this year’s Euro 2020. Arrests were made, Twitter launched a report into the abuse, and many players themselves were already taking the knee in protest, but it demonstrated the need for football associations and those in charge to do more than simply condemn this kind of behaviour.

“This is the beginning of a new era for UEFA Euro,” says Hélder Pombinho, branding creative director at VMLY&R. “This is the first time the tournament is hosted in one country, but genuinely belongs to every football fan.” 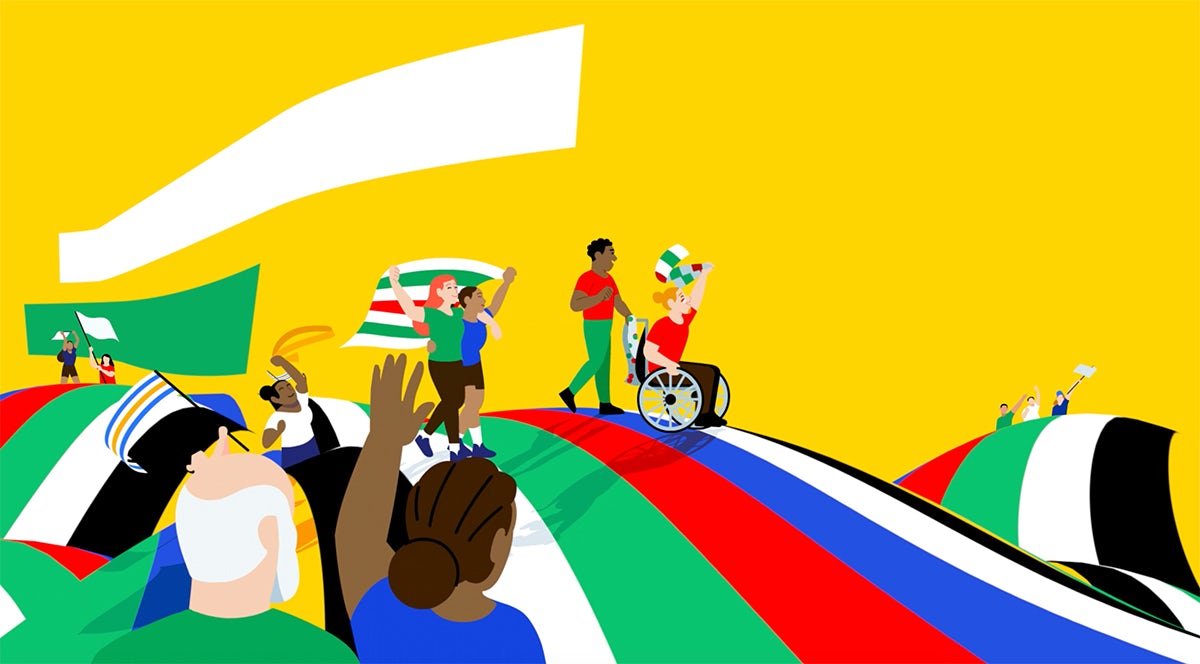 UEFA president, Aleksander Čeferin, adds: “It is great to see the logo of UEFA Euro 2024 come to life at the iconic Olympiastadion. From now, the tournament has a brand identity that reflects the ambition we have together with the host association and host cities: a Euro which is truly for everyone! For one month in 2024, we will be united by football in the heart of Europe.”

VMLY&R and UEFA started working together in 2014 and the agency was responsible for creating the Euro 2020 identity, which used a bridge motif to symbolically unite the 13 host cities. VMLY&R is also behind the visual identity for UEFA’s newest competition, the Nations League, including designing the trophy.