The new ad campaign, which launches the VW Tiguan car, is based on research in Australia, which revealed that 79% of drivers in the country have some kind of road anxiety. Parallel parking proves the most horrifying, with a full 59% of those spoken to saying they feared performing the manoeuvre.

Other fears including navigating giant roundabouts or merging onto highways. The campaign aims to point out the way that the Tiguan can help with these concerns via IQ Drive, its intelligent driver assistance system. It does this in striking fashion, commissioning Canadian movie poster artist Matt Ryan Tobin – who has worked with Disney, Marvel, Warner Brothers and more – to create a series of horror movie-style posters. 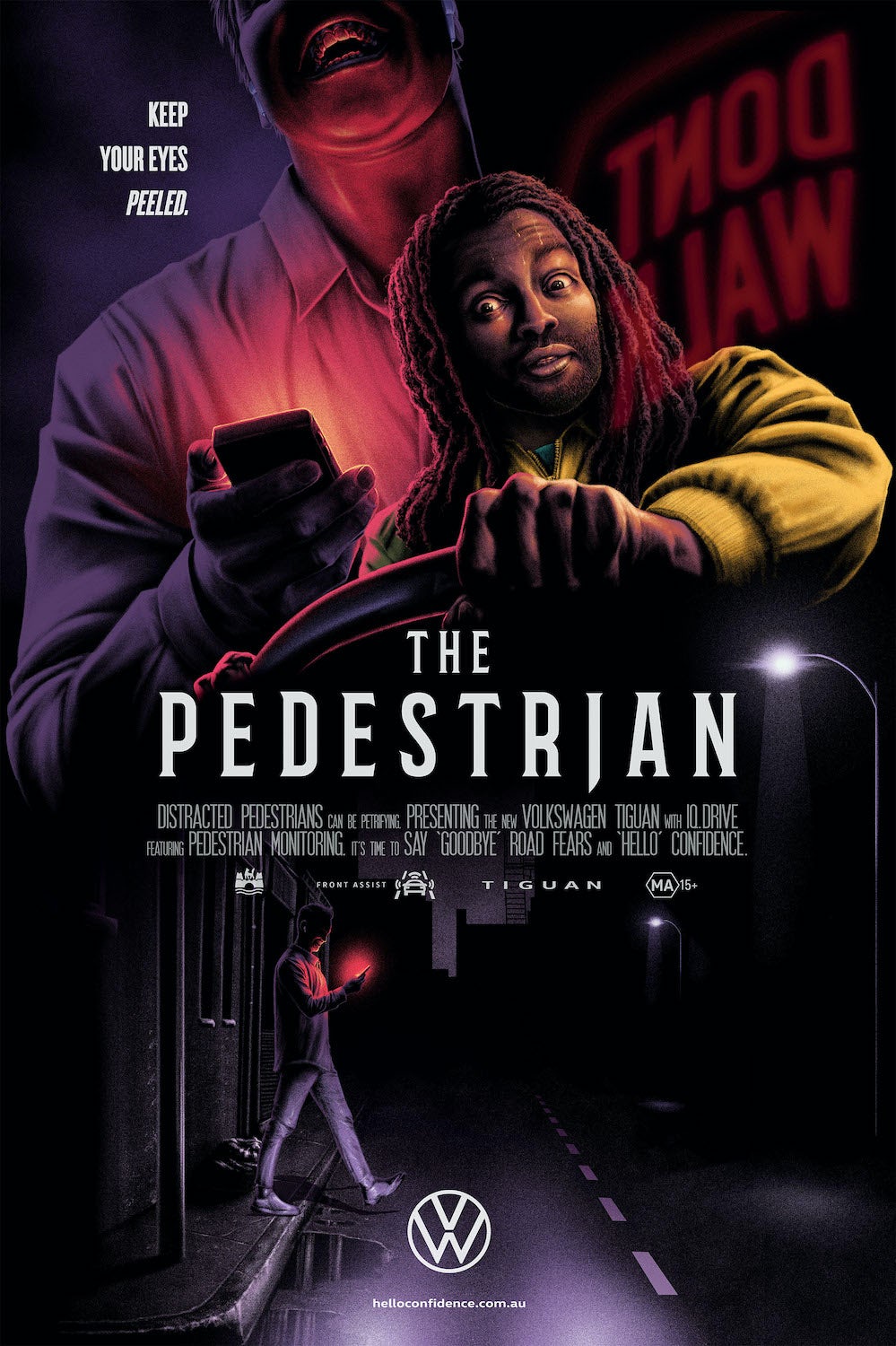 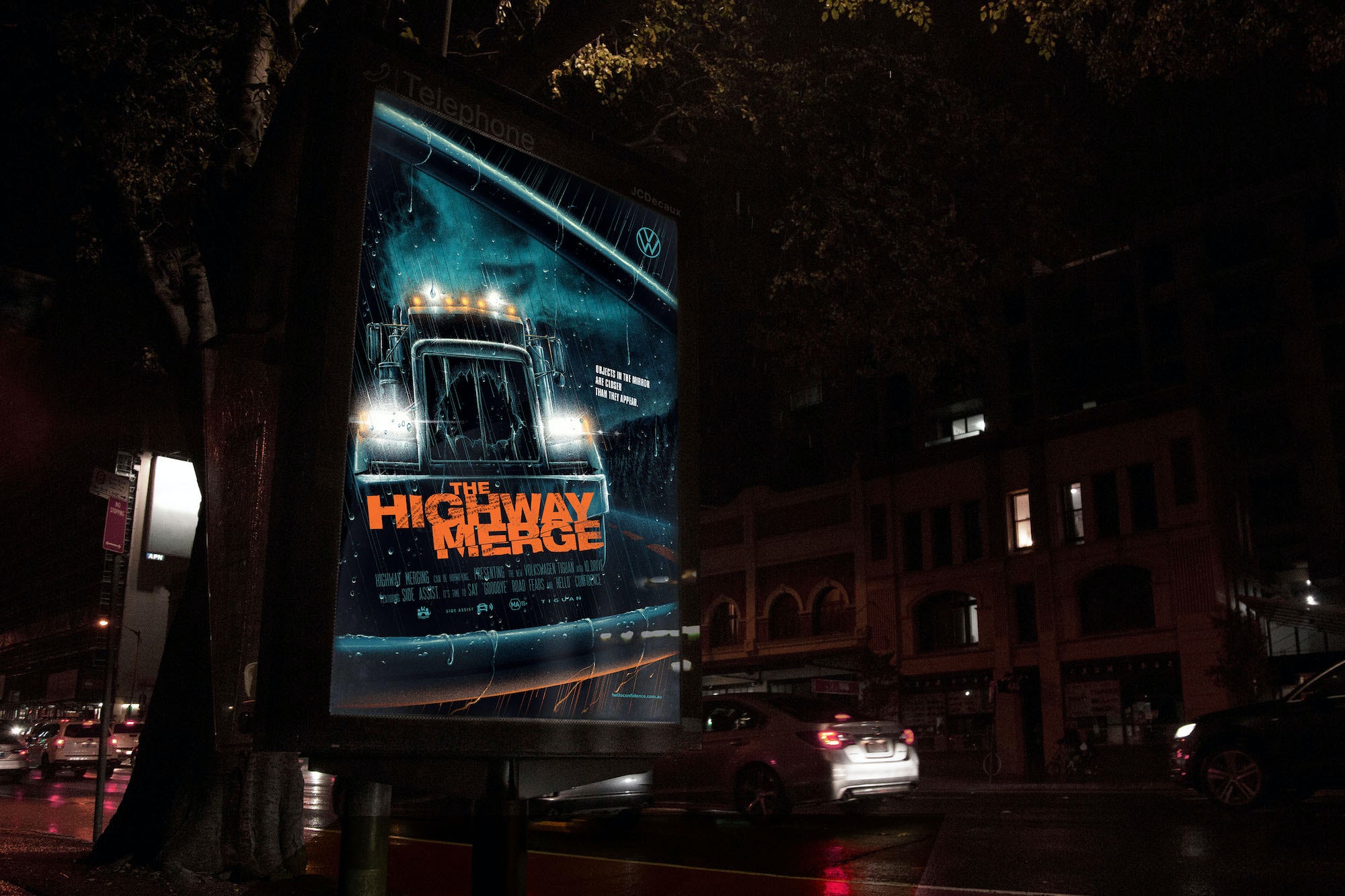 The message of campaign is one that will be familiar to drivers the world over, even if they might not always choose to admit their fears. “We’re not scared of driving,” say DDB Sydney creative directors Tim Woolford and Tommy Cehak. “Although parallel parking makes us anxious. Actually, merging is nerve-racking … and we suppose people are pretty distracted by their phones these days, so that’s a worry….”

The poster campaign is also supported by a film, directed by Revolver’s Bruce Hunt. The integrated campaign is part of the ‘Life feels better in a Volkswagen’ platform, and is running across TV, online, OOH, radio and social. 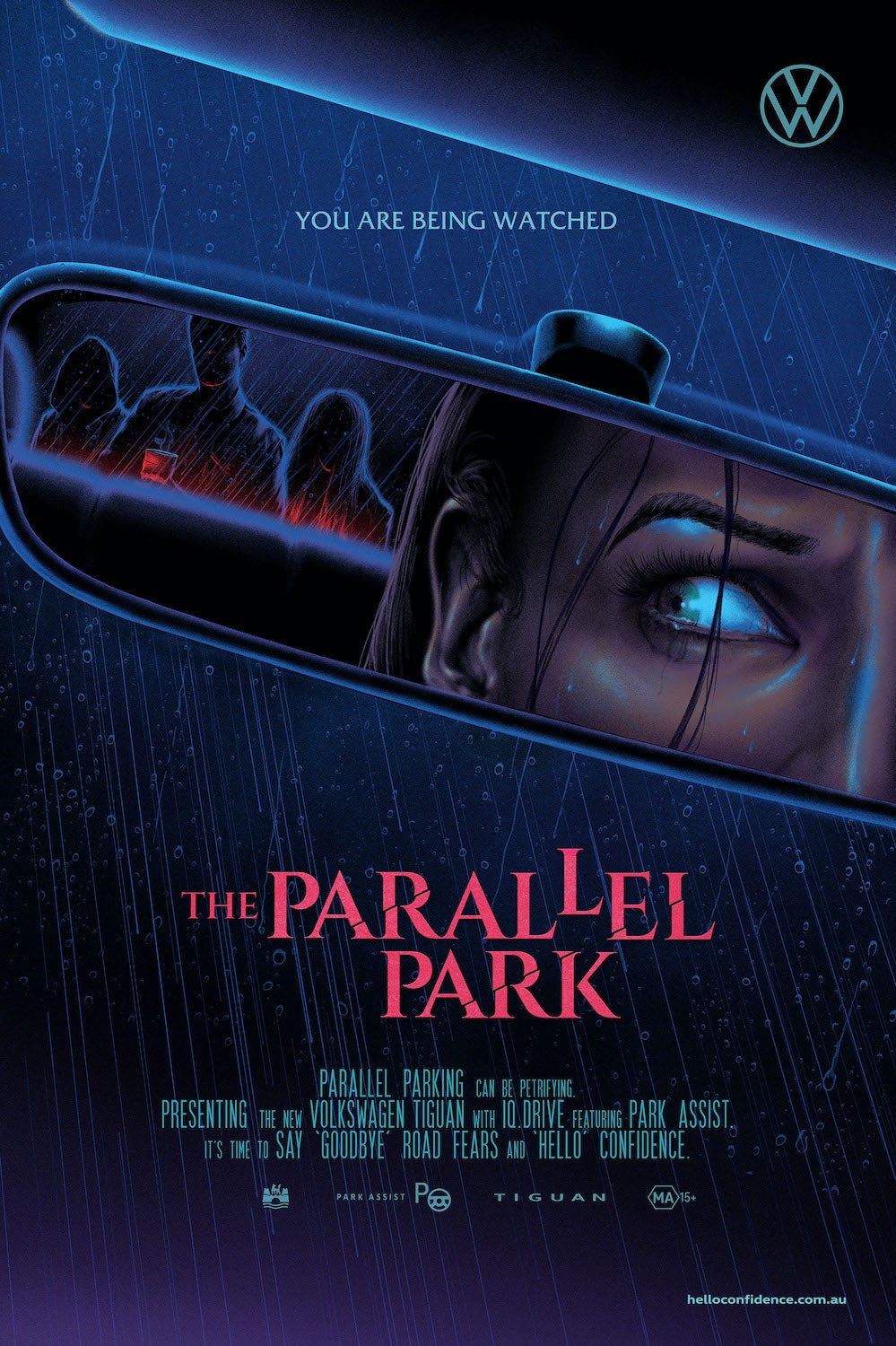