Adopting a slogan in a foreign language might not seem the most obvious path to marketing success, but it worked a treat for Audi when the car brand launched a new UK ad campaign in the early 80s with the tag ‘Vorsprung Durch Technik’. The idea of using the line came from BBH founder and creative director John Hegarty, who had come across it on a piece of old publicity he’d seen during a tour of the Audi factory in Ingolstadt in Germany. 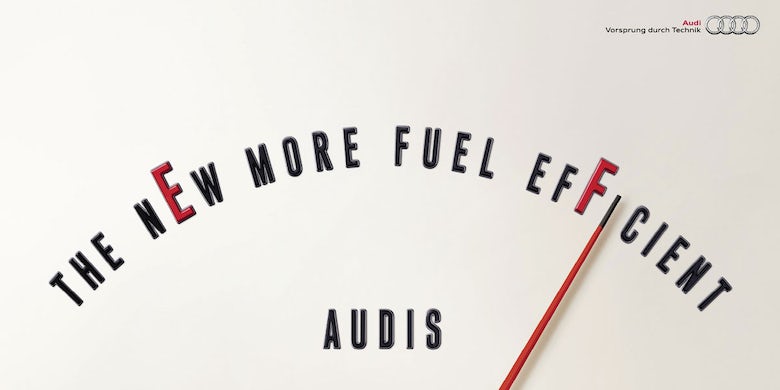 “We were creating our first real campaign for Audi back in 82,” he remembers. “We had to launch a number of cars and we had print and stuff like that, and the big debate was how do we tie it all together? What are the unifying factors? You always get this question when you’re creating a new campaign; people talk about style, they talk about only using a certain colour or background…. I think those things are fine to a certain extent, but they’re not really emotional senses of bonding a campaign together, they’re the visual senses. You’re always looking for an emotional connection in some way or another, because that’s what really connects with people.” 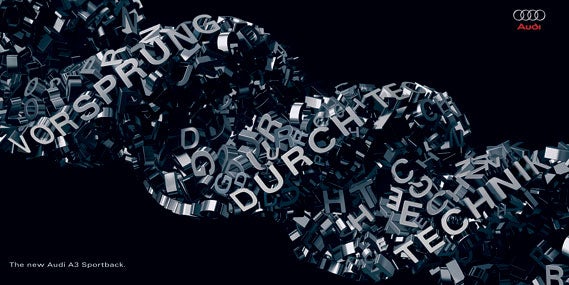 Hegarty proposed that the brand revisit the old advertising line he’d seen in the Audi factory, to provide this elusive emotional link. “It just came to me – I thought ‘well, why don’t we sign it off by saying in German this old line they have, ‘Vorsprung Durch Technik’?’,” he says. “And then Barbara [Nokes] added ‘as they say in Germany’.”

The reasoning behind the tagline’s use was two-fold: to cement the idea of Audi as a German brand in people’s minds, as at the time it was seen as something of a vague ‘Euro-car’, but also, as Hegarty puts it, because it “could be very funny”. For the first TV ads, he proposed using actor Geoffrey Palmer to deliver the lines, in a deliberately laconic manner.

While the Audi clients, Brian Bowler and John Meszaros, initially liked the idea, it nearly came a cropper in research. “Of course, research came back and said don’t do it: it’s too German, it will put people off, blah blah blah,” says Hegarty. “But it was Brian and Johnny who said ‘we are German, and why should we be ashamed of it?’. They said ‘let’s do it’. And the rest, as they say, is history.”

The slogan was immediately successful. “Literally immediately,” says Hegarty. “The reason Audi knew was their dealers were calling up and saying, ‘we love it, we love it, we’ve got people coming in and saying I want to see a bit of that vorsprung’. Then it got into the vernacular – Boris Becker was playing Wimbledon and if he was losing journalists would say ‘Boris needs a bit more vorsprung’ and ‘maybe his technik is not quite up to what it was’. So it got into the language.”

Most importantly, the tagline reiterated Audi’s German heritage, a hugely positive quality for a car brand, where an association with precision and engineering prowess is a valuable asset. It achieved all this despite the audience never knowing exactly what it meant. “The brilliant thing about it is people guessed what it meant but it never absolutely said it,” says Hegarty. “In fact, we don’t actually have a word for ‘vorsprung’ in English. It literally means ‘leaping ahead with technology’ or ‘staying ahead with technology’. People kind of got ‘vorsprung’, because it sounds like ‘spring’, and they obviously got that ‘technik’ was technology. But it didn’t really matter. Most importantly what it said is that ‘we’re German’. We didn’t realise how important that was when we went into it.”